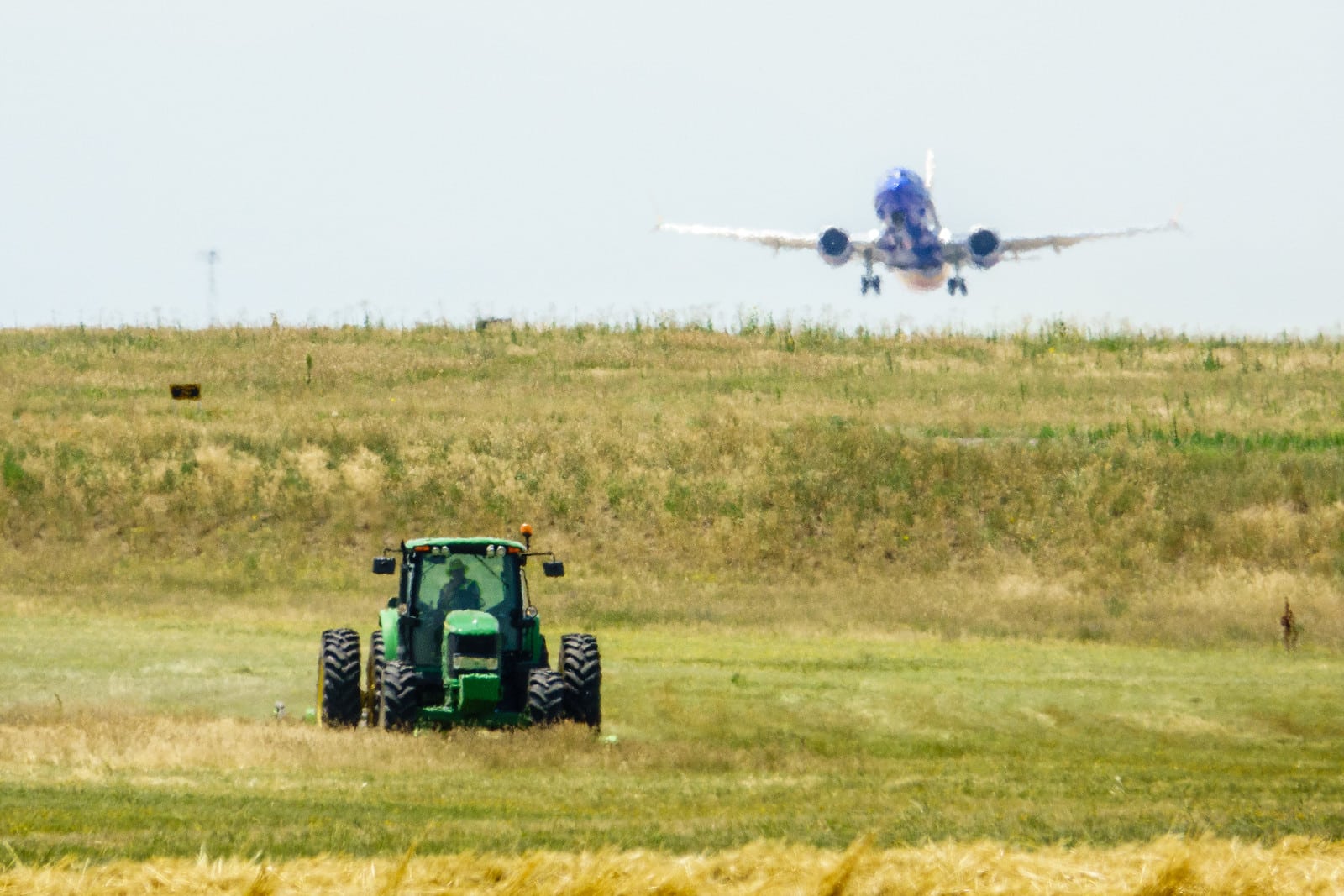 Denver International Airport is planning a new approach when it comes to landing development on airport property.

DIA’s land holdings comprise approximately 34,000 acres, but only 18,000 of that is considered “core aviation land,” where terminals, runways and other facilities already sit or are slated to be added in the future. That leaves 16,000 acres of “non-aviation land,” which includes property on the outskirts of the runways as well as land on both sides of Pena Boulevard leading up to the airport.

Up to this point, DIA has issued requests seeking proposals for specific plots of land it would like to see developed. One was issued earlier this year, for instance, for 26 acres around the Final Approach retail center and cell phone lot.

Steinberger said that the rolling request for offers would allow developers to propose a project on any non-aviation land at any time.

“What we’re really trying to do is create a formal process for developers in the area to reach out to the DEN real estate group with proposed land uses and land development at the airport,” he said. “As opposed to just one-offs of unsolicited offers, this creates a process for those developers.”

“There’s no termination date, and it’s basically an invitation to developers,” Steinberger added. 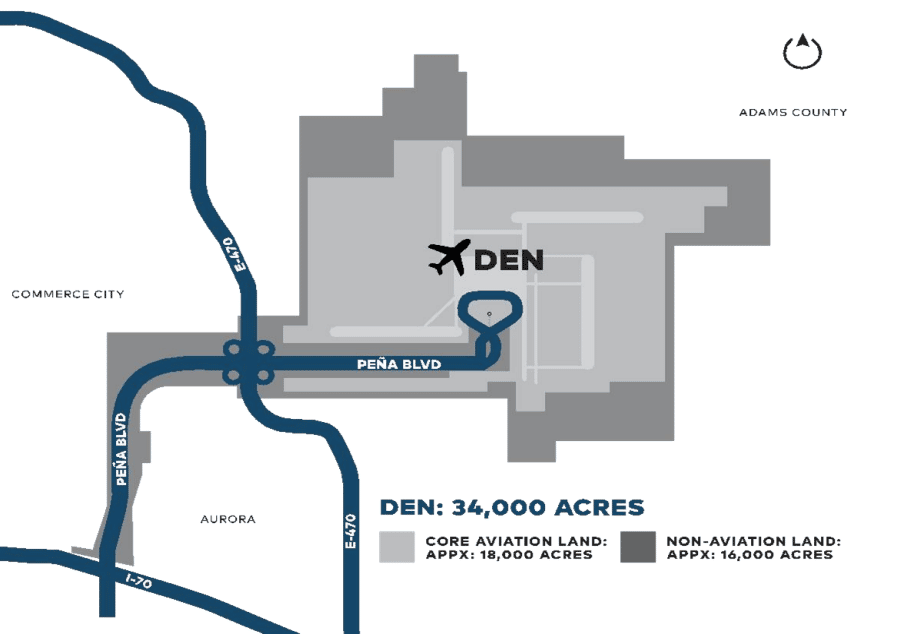 A map shows the undeveloped land at DIA. (Image courtesy of DIA)

The airport will lease, not sell, anywhere from half an acre to 150 acres at a time, Steinberger said. Submitted offers would be screened and potentially progress to a signing of a letter of intent and a draft negotiated lease, which would then need to be approved by the council.

One form of development, Steinberger said, won’t make it pass the screening phase.

The presentation to the council committee was solely informational; the change does not need to be approved by the council, airport spokeswoman Stephanie Figueroa told BusinessDen last week.

An airport official said at the Oct. 19 committee meeting that the new procedure was slated to be rolled out in the next month or two.

And one-off requests for proposals won’t necessarily go away. Steinberger said the airport may still issue requests for development proposals for specific plots of airport land in the future.

As for the request that DIA put out earlier this year for the land around Final Approach, Figueroa said the airport received three offers, one of which was deemed to be non-responsive. DIA is now in lease negotiations with one party.

Figueroa said the selected offer, which will need to be approved by the council, is proposing to lease about three acres at the northwest corner of East 75th Avenue and Gun Club Road for a convenience store and gas station. The project would feature electric vehicle charging stations, quick-serve food and beverages and a rooftop dining space where guests could enjoy views of planes arriving and departing.

Up to this point, the airport has only issued requests seeking proposals for specific plots of land it would like to see developed.