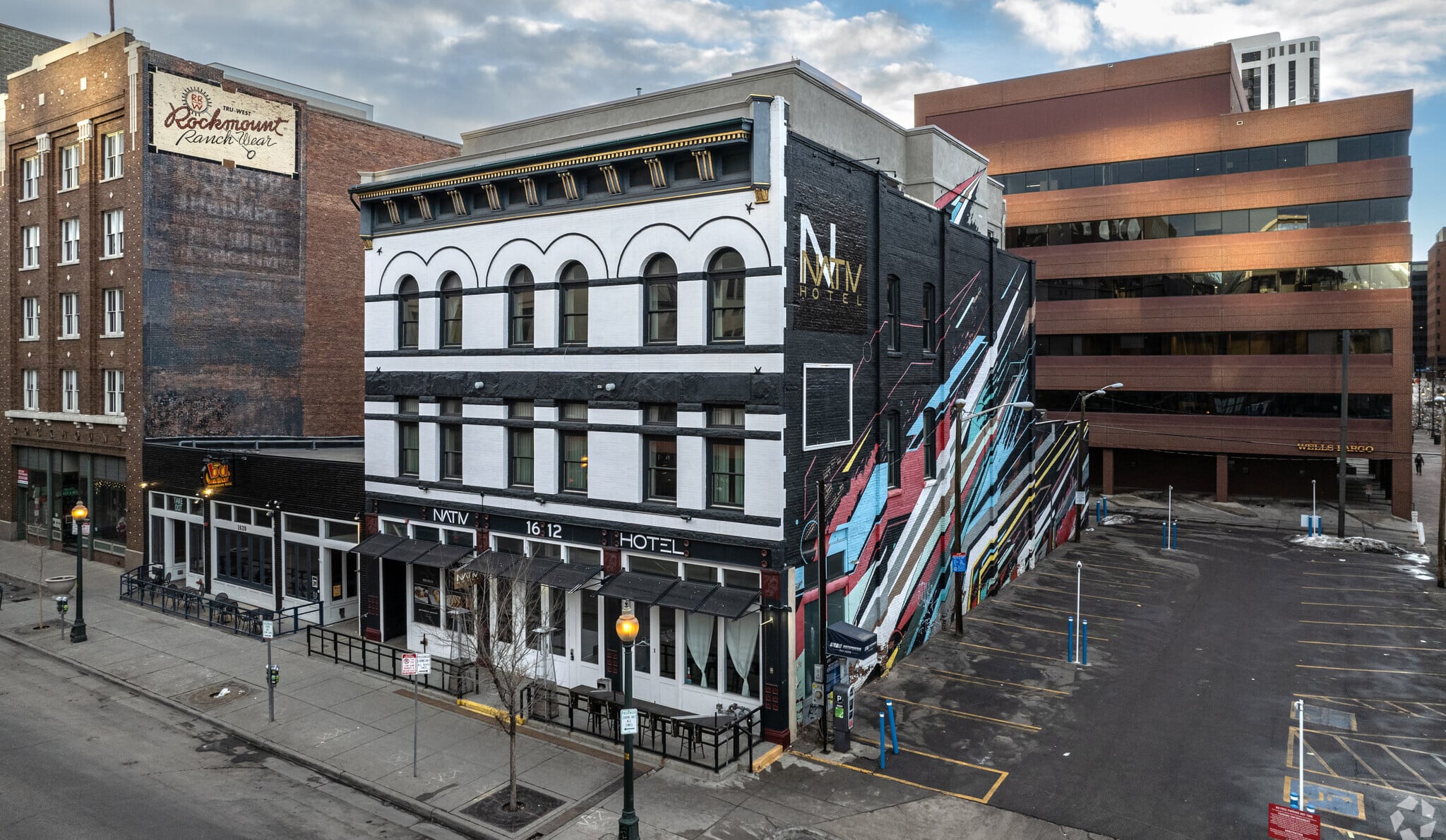 The new owner of the closed Nativ Hotel in LoDo says the property was, to his surprise, damaged, in violation of city codes and behind on its taxes when it was sold.

In late August, Thierry Rignol bought the hotel for $6.3 million from Chicago-based Pangea Mortgage Capital, which had foreclosed on and quickly sold the four-story, 18-room building at 1612 Wazee. Rignol is an investor with Midwest Plains Capital in Kansas.

“We want it to be more upscale, like the Four Seasons or the Oxford Hotel,” Rignol told BusinessDen after the sale. “The hotel is in phenomenal shape, and we really want to put a wow factor in and make it one of the best places to stay in the entire city.”

But in a lawsuit last week, an attorney for Rignol alleged that the hotel is not in phenomenal shape. It appeared to be during an inspection before the sale but sometime after that Pangea “caused additional damages” and never told Rignol, his lawsuit claims.

“When we closed, the property just wasn’t the way it was when we inspected it. It’s going to require some repairs, to put it simply,” Rignol said by phone Tuesday.

Pangea was also violating city ordinances — another detail it allegedly didn’t disclose during the sale — and owed $40,000 in property taxes, according to the lawsuit. When Rignol asked for $35,000 from an escrow account to cover some of the costs, Pangea threatened to sue him in Chicago for breach of contract, Rignol’s lawsuit in Denver District Court claims.

“Hopefully, the seller understands what they’ve done wrong,” Rignol said, “and either fixes the issues themselves or the money that was held in escrow goes to address the concerns.”

Pangea did not respond to multiple requests for comment about the dispute.

The lawsuit asks that Pangea be forced to hand over the $35,000 in the escrow account, along with an undetermined amount of money for interest, court costs and attorney fees.

It remains to be seen what the hotel’s newfound problems mean for Midwest Plains Capital’s plans to reopen it, renovate it and rebrand it. Rignol told BusinessDen in August that he planned to reopen the Nativ a few weeks later, in September, but it remains closed.

“Obviously, any lawsuit is going to delay the potential opening and future operations of the hotel,” said Alan Sweetbaum, the Denver attorney representing Rignol.

Sweetbaum said there is a list of areas that need work, including a front door, a back door, an elevator, sprinklers and lighting. Rignol said the hotel’s current outdoor signage and lighting are violating city codes, something Pangea knew about but didn’t address.

“We don’t know,” Sweetbaum said, “whether the city is going to insist that certain things be done as a condition of reopening.”

Thierry Rignol bought the LoDo property for $6.3 million in August and originally hoped to reopen it within weeks.