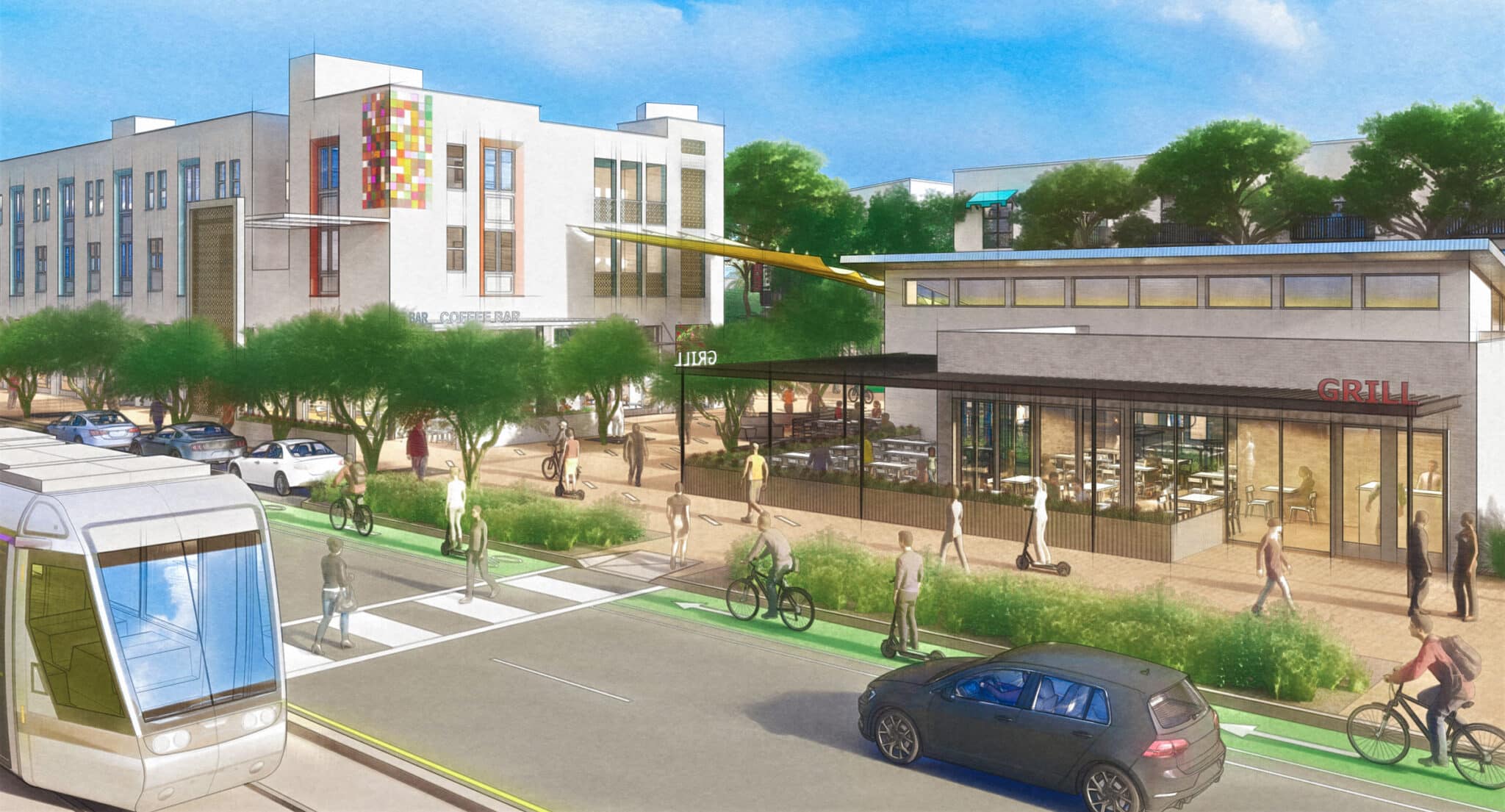 Plans for a Denver subdivision where vehicles would be banned have fallen through because of a proposed public school and the would-be developer is suing for millions of dollars.

Culdesac, an Arizona startup that calls itself “the world’s first post-car real estate developer,” is building its first neighborhood in Tempe now. It will have 1,000 residents and zero parking for them. National media reports have called it “a pedestrian oasis.”

In 2019, Culdesac announced it was also surveying a site in Denver but didn’t say where. According to a lawsuit this month, the location was 49 acres northwest of 56th Avenue and Tower Road, near Denver International Airport in the city’s far northeast.

On Oct. 11, Culdesac sued Kensington Development Partners, which is based in Chicago but has a Denver office. The developer accuses Kensington of agreeing to sell it the property without disclosing that Denver Public Schools was trying to take it through eminent domain.

In Culdesac’s telling, it agreed to buy the land in March and deposited $2.9 million. Under the agreement, Kensington had to notify Culdesac immediately if a government tried to take the land and then refund Culdesac’s deposit, according to the lawsuit.

On June 10, according to Culdesac, a Kensington employee sent an email to Mayor Michael Hancock updating him on talks between Kensington and DPS. The email states, “DPS sent an email threatening to begin eminent domain proceedings for the property!” 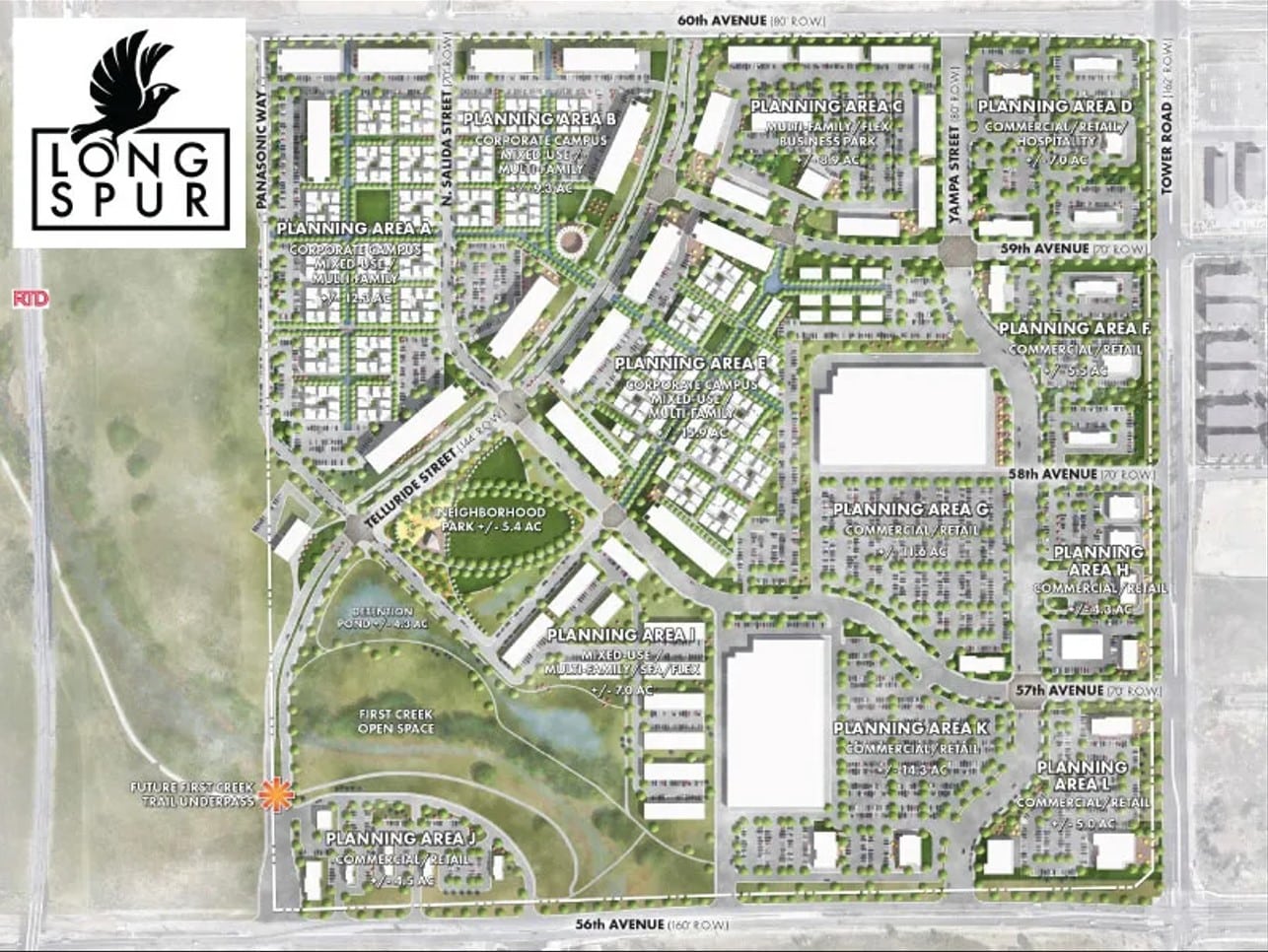 A site map shows a 147-acre community called Longspur at the northwest corner of 56th Avenue and Tower Road. (Image courtesy of Kensington)

Two months later, Kensington first told Culdesac about the eminent domain threat, which would have taken about seven acres of the 49-acre property. Culdesac then backed out of its contract to buy the property, citing a provision that allowed it to do so if Kensington reduced the acreage by more than 10 percent. But Kensington hasn’t returned the deposit.

“Kensington denies the claims by Culdesac and will defend itself, and its entitlement to the deposit, in court,” Kensington Chief Financial Officer Chad Jones said in an email.

Culdesac did not respond to questions about its future plans in Denver and an attorney for the company said it will not be doing so. Culdesac is represented by Jonathan Pray and Broc Gullett with the Denver law firm Brownstein Hyatt Farber Schreck.

Plans for a school at the site have not previously been reported. In a statement, DPS said it “is anticipating the need for schools in the far northeast region of the district due to expected growth in that area.”

On its website, meanwhile, Kensington lists a planned 147-acre community called Longspur at the northwest corner of 56th and Tower. It will have 3,000 units, retail and entertainment.

Jones said the dispute with Culdesac has no bearing on the Longspur development.