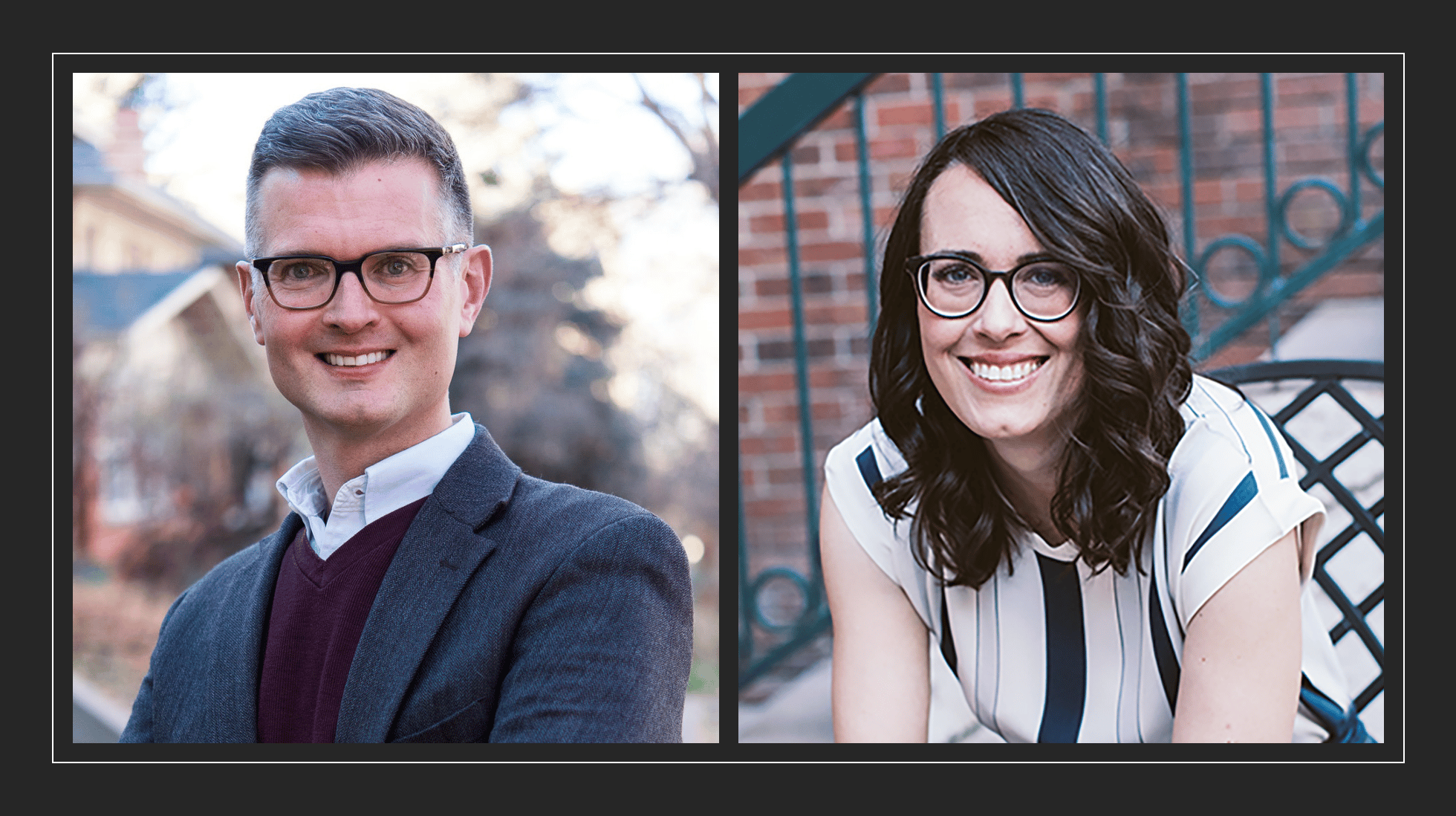 Travis Leiker, left, and Sarah Parady have raised the most money from contributors in the 10-person race for at-large seats on the Denver City Council. (Courtesy photos)

A University of Colorado official and a labor and civil rights attorney have raised the most money from contributors in the 10-person race for at-large seats on the Denver City Council.

As of Sept. 30, Travis Leiker had raised $110,765 across 861 contributions, while Sarah Parady had raised $77,280 across 782 contributions, according to campaign finance disclosures made available by the Denver Clerk and Recorder’s Office. The totals don’t incorporate public matching funds.

Third-quarter campaign finance reports were due Monday. The election takes place in the spring.

Leiker has worked for the University of Colorado system for nine years, most recently as senior director of development and philanthropic adviser, according to his LinkedIn. Parady is an attorney with Lowrey Parady Lebsack.

The council has two at-large seats, which are voted on by all city residents. The two women currently in the position, Robin Kniech and Debbie Ortega, can’t run for reelection due to term limits. (Ortega is running for mayor.)

Candidates running for an at-large seat can raise up to $700 per individual per election cycle, or up to $350 if they’re participating in the city’s “Fair Elections Fund,” a measure passed by voters in 2018 that provides public matching funds at a 9-to-1 ratio for donations of $50 or less.

As of Wednesday, all but one at-large candidate, Jeff Walker, had signed up to participate in the fund. Candidates are eligible to receive up to $250,000 in public matching funds, on top of the cash and in-kind contributions.

Below is how much candidates reported raising as of Sept. 30, not counting matching funds.

Leiker, who has two degrees from the university system, is also president of neighborhood group Capitol Hill United Neighbors. Total includes no in-kind contributions or loans.

Parady went to New York University School of Law. Total includes $342 in in-kind contributions and a $4,701 loan from Parady.

Hoffman is a deputy district attorney with the Denver District Attorney’s Office. Total includes $100 in in-kind contributions and no loans.

Chan is director of strategy and external affairs for the city’s economic development office, according to his LinkedIn. Total includes $188 in in-kind contributions and no loans.

Twarogowski is executive director of the Federal Boulevard Business Improvement District. Total includes no in-kind contributions and a $1,000 loan from Twarogowski.

Zimmerman is the founder of Zim Consulting, which works with nonprofits on fundraising strategy, according to his website. Total includes no in-kind contributions or loans.

Walker works for Xcel Energy and was an elected board member of the Regional Transportation District for a decade, according to his LinkedIn. Total includes no in-kind contributions and $818 in loans from Walker.

Diaz works as a contract compliance coordinator for the city’s Office of Children’s Affairs, according to his Linkedin. Total includes no in-kind contributions and $1,000 in loans from Diaz.

Carlos VS Anderson: No donations disclosed

Travis Leiker, left, and Sarah Parady have raised the most money from contributors in the 10-person race for at-large seats on the Denver City Council. (Courtesy photos)

Incumbents Robin Kniech and Debbie Ortega can’t run for reelection due to term limits, but Ortega is running for mayor.