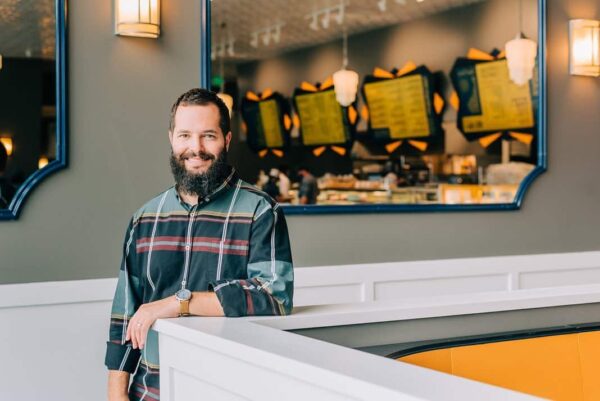 Rosenberg’s Bagels has called it quits in Boulder a little more than a year after arriving.

Owner Joshua Pollack closed the bagel and deli shop’s outpost in the city permanently on Thursday. He also shuttered the Boulder and Denver locations of his ice cream shop Sherry’s Soda Shoppe, although he hopes to resuscitate the brand later.

“They didn’t turn around financially,” Pollack said. “We gave them our all, but it’s just a tighter game for us restaurateurs these days with the rising costs of doing business, and Boulder especially is a lot more expensive. We couldn’t do it, and the sales weren’t there. We weren’t established enough with the pandemic.”

Pollack started Rosenberg’s in Five Points in 2014; that location, and another in Aurora’s Stanley Marketplace remain open, as does Rosenberg’s Kosker on Monaco.

Pollack opened at 1262 College Ave. in Boulder’s University Hill neighborhood in May 2021. It was 4,000 square feet and the only location with a full bar.

“We saw a good bump when the college students came back, but not enough to get us through the next time they leave,” Pollack said.

Pollack opened Sherry’s Soda Shoppe, an old-fashioned ice cream parlor and soda fountain,  next to the original Rosenberg’s in Five Points in February 2020. He added the location next to the Boulder Rosenberg’s this past April. 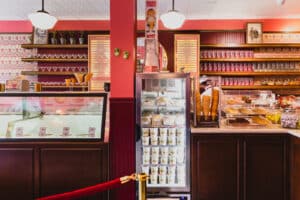 Pollack opened Sherry’s Soda Shoppe in Denver in February 2020 and another location in Boulder in April this year.

Pollack said he had trouble keeping the locations staffed, and he’s looking for someone to sublease the Boulder spots.

“This was my homage to my grandmother, and I’m really sad about not making it,” Pollack said. “The brand is great, but it was bad timing and maybe not the best locations.”

Pollack temporarily closed Rosenberg’s Five Points location in May due to a lack of staff. He reopened it in June without made-to-order sandwiches in order to keep things more efficient. The location is currently closed on Mondays and Tuesdays, but Pollack said his goal is to have all of his concepts open seven days a week next year.

“Hopefully, this will just be a small blip in the long story of Rosenberg’s and Bridge & Tunnel,” Pollack said.