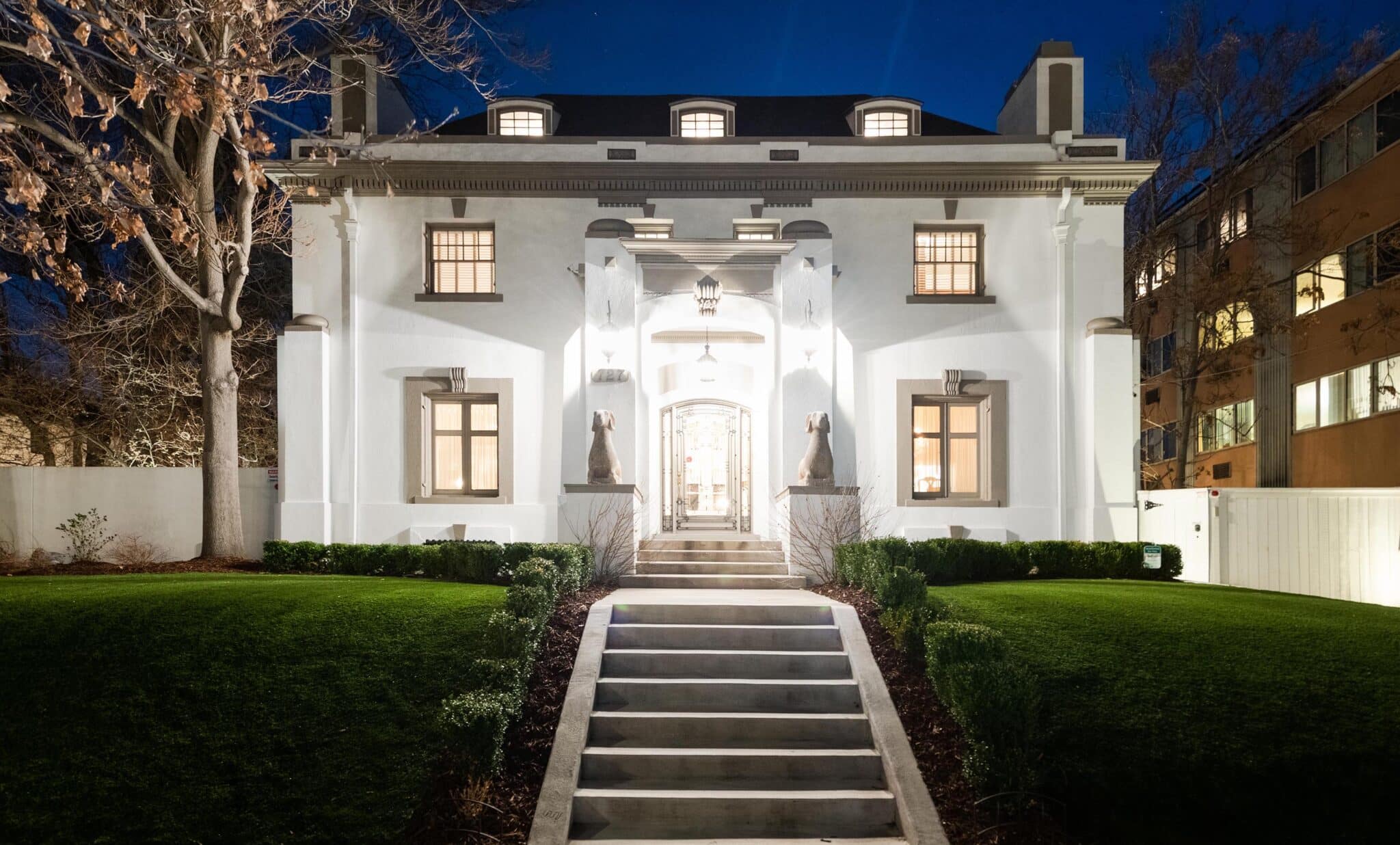 This Cap Hill mansion, which was built in 1911, has been listed for $4.8 million. (Photos courtesy of LIV Sotheby’s International Realty/Andrew Forino)

Douglas Kerbs wasn’t looking for a home when he stumbled upon a turn-of-the-century mansion in Cap Hill.

So he purchased the home himself in 2008, paying $1.3 million, according to property records.

“I wasn’t shopping around for a home, but when I walked in it spoke to me immediately,” Kerbs said. “It was in such disrepair, so I wanted to save it for its history. I really didn’t want it to go to someone who wouldn’t use it or keep it in the manner that it was built.”

Now, after receiving multiple off-market inquiries, Kerbs has decided to list the six-bedroom, six-bathroom home for $4.8 million. The agent with LIV Sotheby’s International Realty is marketing the property himself.

“Over the past six months or so, a lot of people have reached out with interest,” Kerbs said. “I’ve lived in a lot of homes, and I like change, so I thought it might be time to move on. But it’s not a necessity or requirement.”

Kerbs said he spent nearly $2 million renovating and restoring the building starting in 2013, and has been living in it for the past six years. His first attempt to renovate the home in 2008 resulted in him being scammed by a general contractor, he said.

The home was built for a financier named Mr. Dunkley and later sold to a Mr. Kassler, who owned a company that would later become Denver Water. Eleanor Roosevelt was said to visit in her day, drafting her newsletter there and bringing exotic plants as gifts, which formed a garden in the backyard, according to Kerbs.

The original owner was ahead of his time, putting two closets, one of which is a walk-in, in each bedroom and adding crown molding and custom plaster work throughout. There are also unique details specific to its time period, like a button on the floor of the dining room that rings in the butler’s pantry, a zinc prep area in the butler’s pantry with an original warming drawer, and servants’ quarters on the third floor that have since been converted into guest quarters. 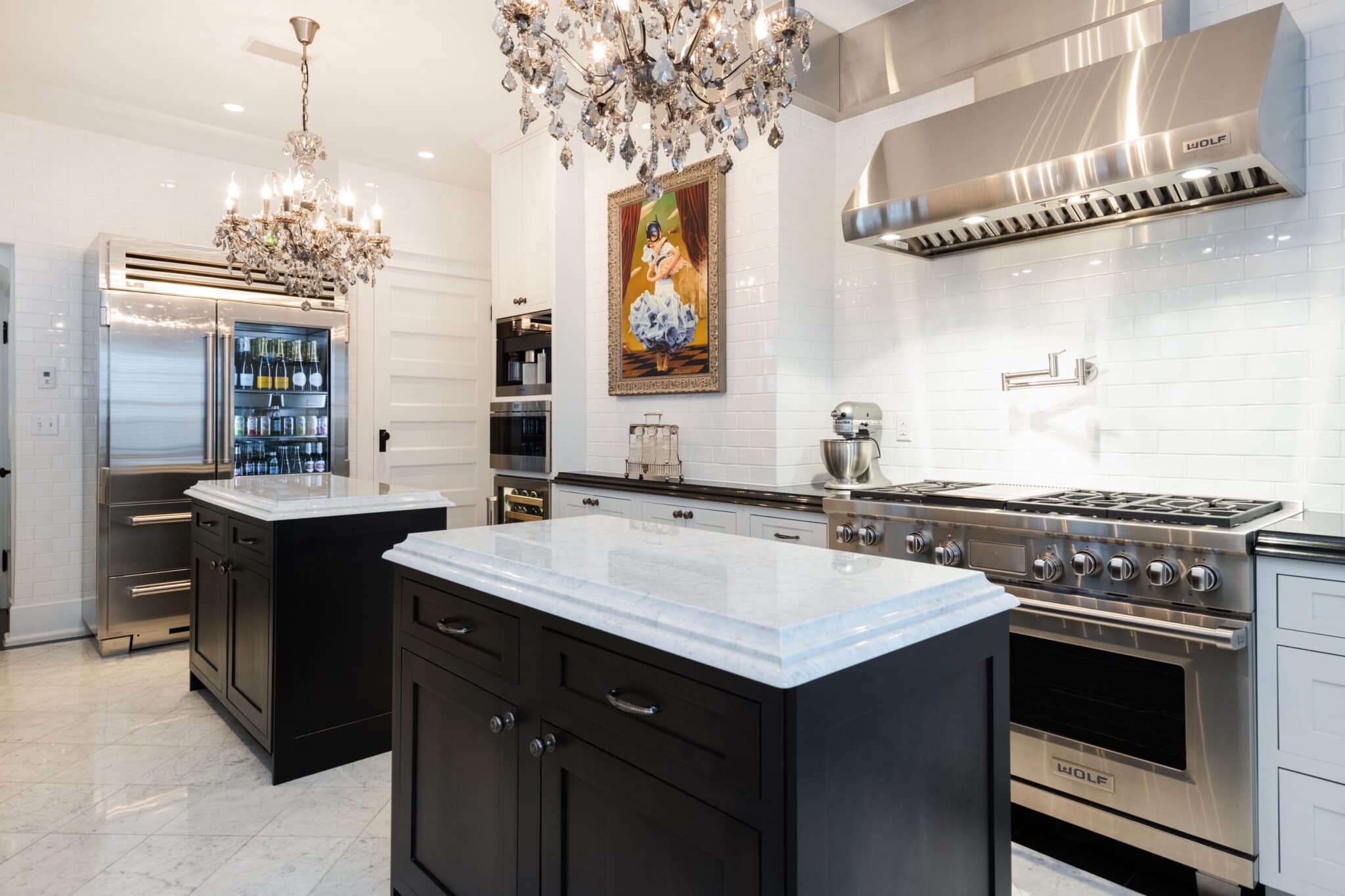 Most of the appliances are largely unused, since Kerbs doesn’t do much of his own cooking.

Kerbs revamped the home’s electrical, plumbing and air conditioning systems. He kept the home’s original hot water radiators on the first floor, the mahogany staircase and quarter sawn oak flooring, plus the original billiards room in the basement.

“I have all high-end appliances in here, and none of them have been used,” Kerbs said. “I don’t cook in my house. So, except for the dishwasher in the main kitchen, they are untouched. Even in the catering kitchen, we’ve only had one chef that has used it.”

Kerbs’ personal art collection is displayed neatly throughout the home, including original pieces from Versace’s mansion, a​​ 1930s-era pool table with artwork from Siros Ariya and a large collection of silver. He said if he received the right price he would consider selling it turnkey, with the exception of a few pieces he won’t let go. 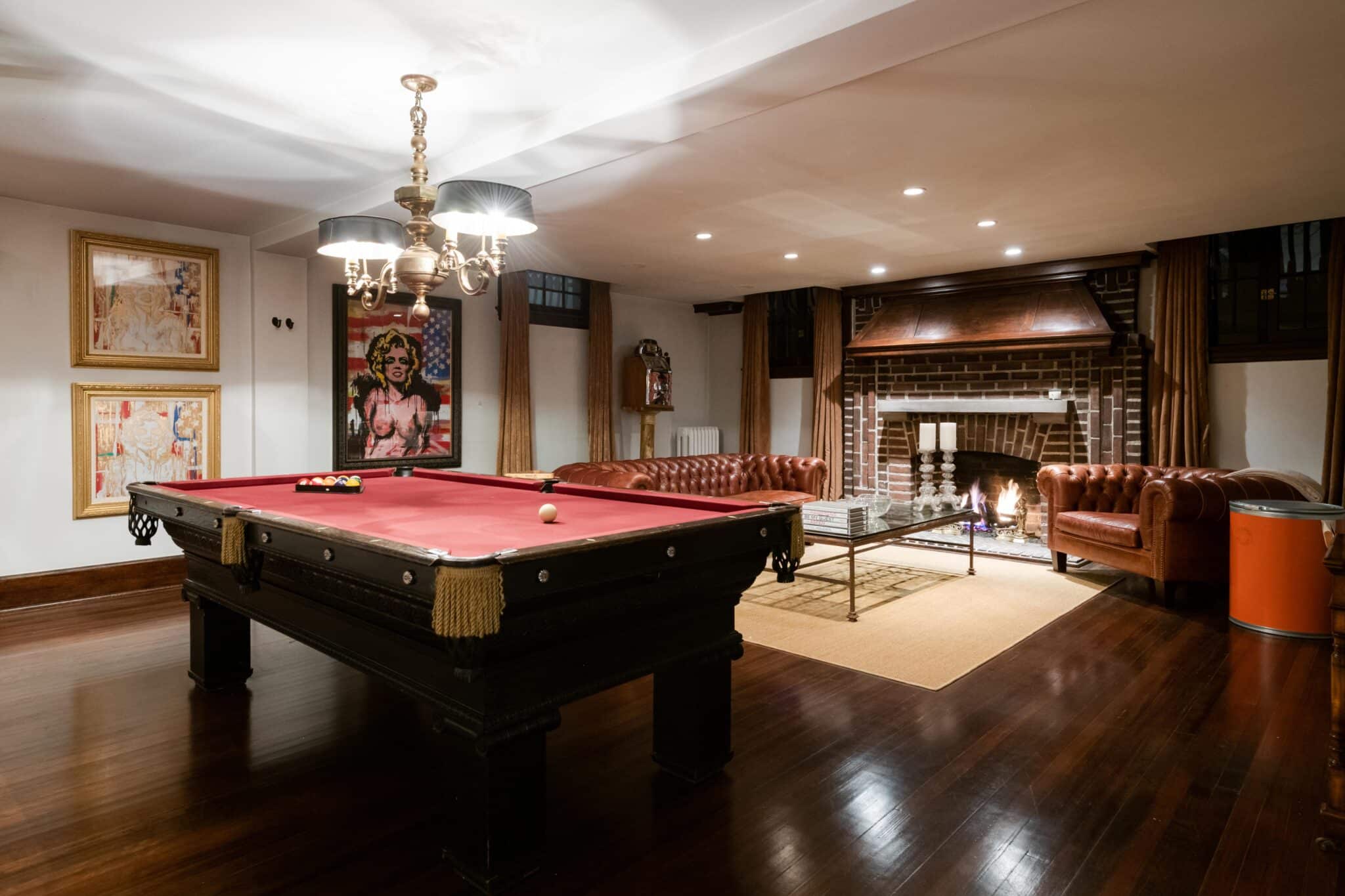 A 1930s-era pool table sits in the home’s original billiards room in the basement.

“Throughout the years, I’ve collected art and periods of furniture, so I was able to bring everything into this house, which was the idea to bring together modern and pop art with antiques, like Louis XV to what have you,” Kerbs said.

Kerbs added a pool in the backyard, a catering kitchen and a wine cellar with a dining room table in the basement, plus a snow-melt system on the sidewalks, driveway and patio. He also combined two rooms to make one large primary suite complete with a health room and a walk-in closet built to replicate the Yves Saint Laurent Boutique in New York City. 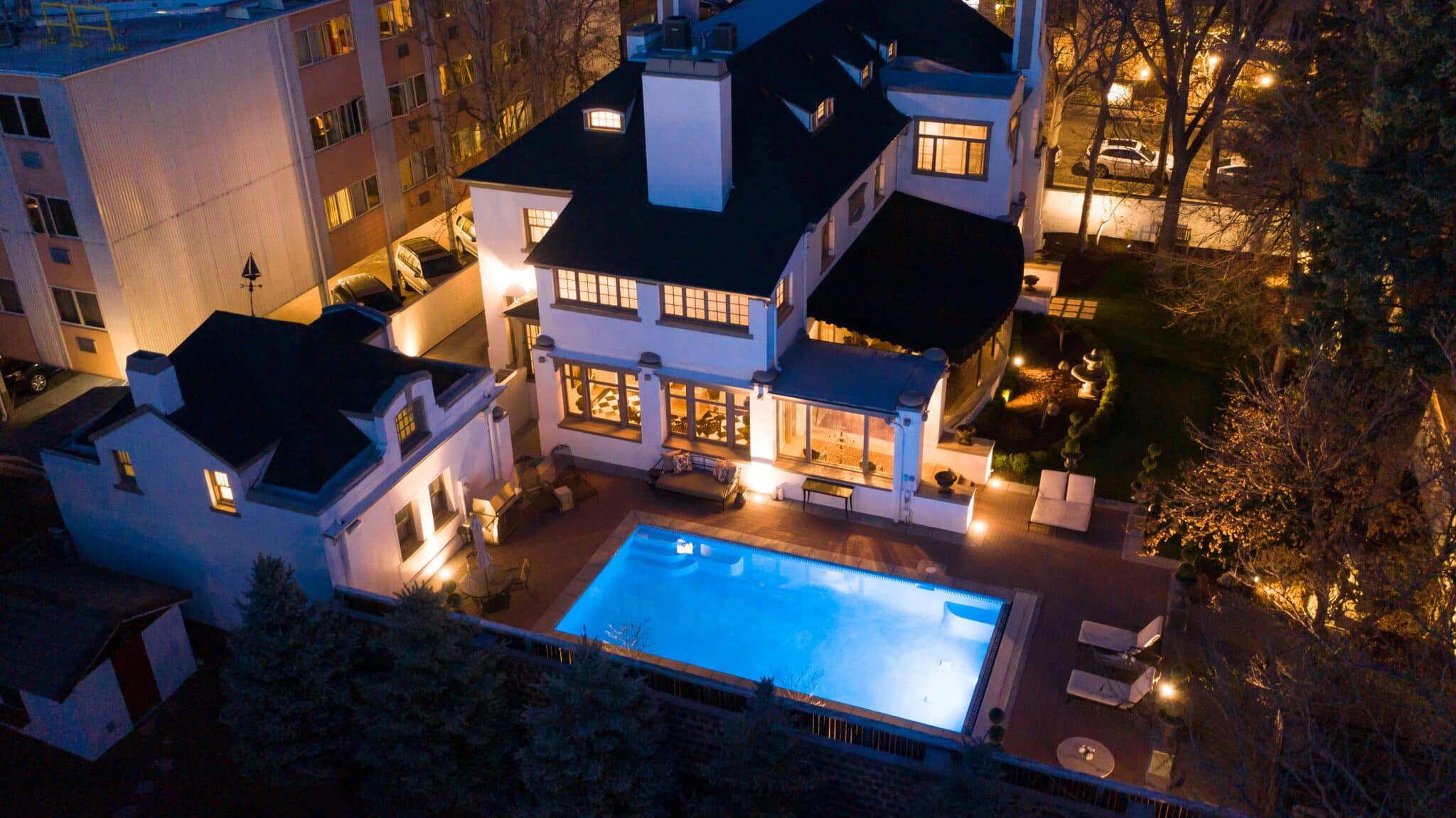 Kerbs added a pool and installed a snow-melt system on the driveway, patio and sidewalks.

“Even nowadays, builders still aren’t getting closet size right,” Kerbs said. “I was with a friend in New York and we went into Yves Saint Laurent Boutique, and it was such a beautiful space. The rods come directly out of the ceiling, and it’s very seamless. So I tiered my closet in three levels, so you can walk around them, much like you were shopping. I also tiered them in case you want to stage your clothes, like pants on the first row, shirts on the second row and outerwear on the third.”

Kerbs mainly used the home, which sits on a 0.3-acre lot, to entertain his clients over the past six years. He said he’s received interest from a variety of buyers, including a young family, empty nesters and individuals.

“The other night I had 86 people over here for an event, but it felt like there were five,” Kerbs said. “That’s how well the home entertains with a nice large lot.”

This Cap Hill mansion, which was built in 1911, has been listed for $4.8 million. (Photos courtesy of LIV Sotheby’s International Realty/Andrew Forino)

“I wasn’t shopping around for a home, but when I walked in it spoke to me immediately,” seller Douglas Kerbs said of buying the home in 2008 for $1.3 million.