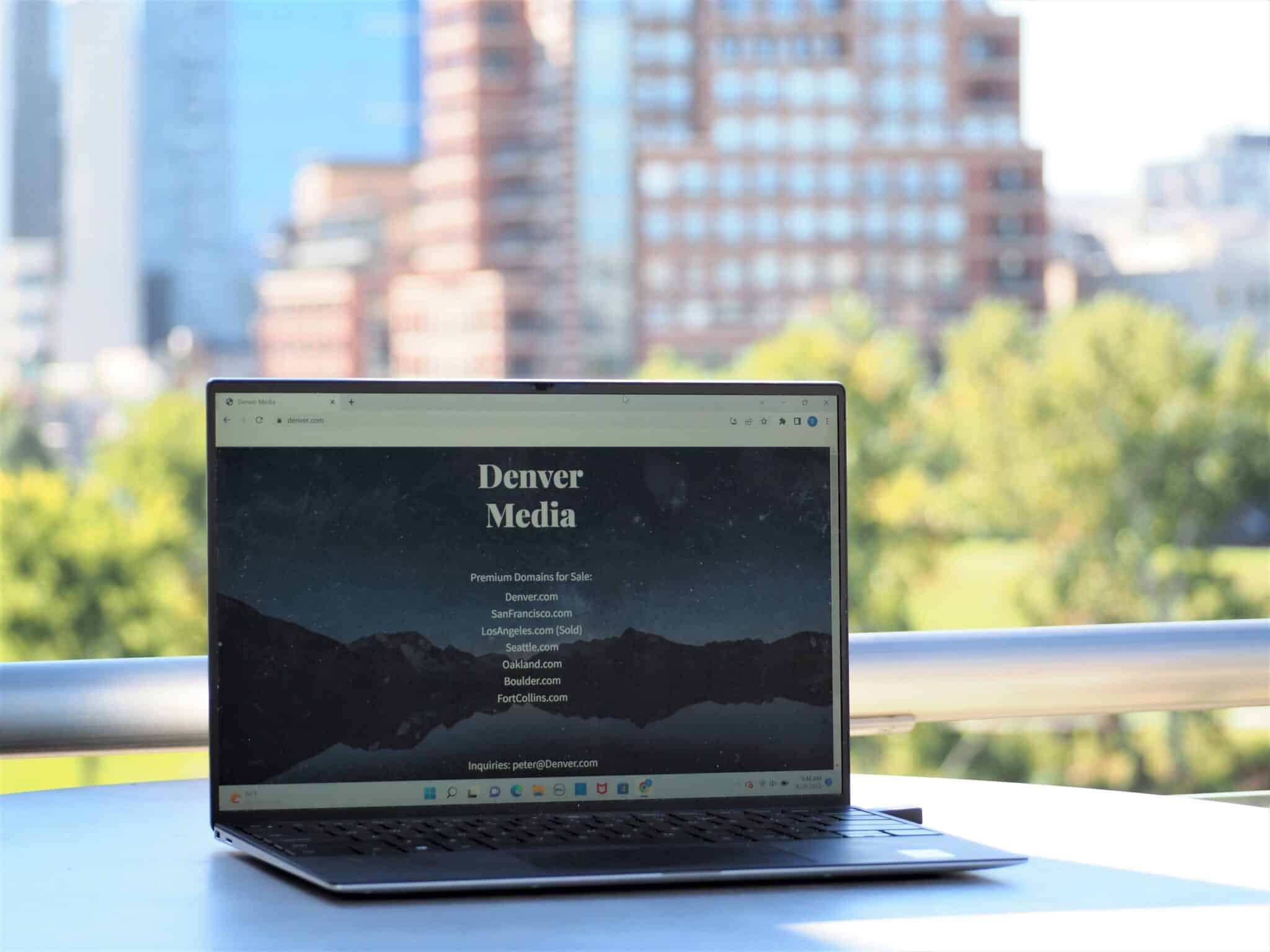 The owner of Denver.com recently updated the website to say that the domain name is for sale. (Thomas Gounley)

There’s one thing that Peter Niederman kept from Warren Buffett.

In 2016, the former owner of Kentwood Real Estate sold the local brokerage to HomeServices of America, part of Buffett’s Berkshire Hathaway. 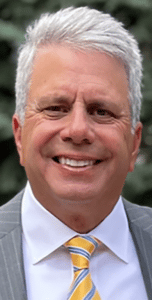 Included in the deal were Kentwood.com, the company’s main website, and DenverRealEstate.com, which forwarded to it.

Niederman didn’t mind seeing those go. But he made sure the transaction excluded one domain, even though he’d been using it to drive business to Kentwood, and HomeServices was interested in acquiring it.

Niederman kept Denver.com for himself.

“I recognized the power of the city.com brand,” he told BusinessDen this month.

In recent months, however, Niederman made the first change in years to the look of Denver.com. He replaced the previous wording, which had been touting a planned cannabis-focused website that never launched, with a new message.

Denver.com is for sale — if the price is right.

“I don’t really have a strong desire to sell it, but I would if someone came along with the right number,” Niederman told BusinessDen.

A real estate guy, both online and off

Niederman said he has been buying domains since the 1990s.

Professionally, Niederman did well. He said Kentwood did just under $1 billion in annual sales when he purchased it in 2007. When he sold it to Berkshire Hathaway in 2016, he said, the company was doing just over $2.5 billion.

Niederman stayed on as Kentwood CEO for a time, stepping down in 2018. Since then, he’s been investing in and developing real estate projects, such as the One DTC West office building in the Denver Tech Center, which he and partners sold earlier this year for $42 million.

Niederman purchased Denver.com in 2012, paying seven figures, according to media coverage at the time.

For a time, the URL just redirected to Kentwood’s website. Then he built Denver.com out as its own site, trying to create something interesting enough that visitors would return again and again, while also steering them to Kentwood if they wanted to buy or sell a home.

“At the time, what I wanted to be was a lifestyle brand that had real estate associated with it,” Niederman said.

Niederman liked the city domain niche. He purchased Boulder.com and FortCollins.com in 2010, prior to the Denver deal. He bought the dot com version of Oakland. And San Francisco. And Seattle.

“It started to evolve into a business, and it started to get expensive,” Niederman said of his domain investments.

Niederman also previously owned LosAngeles.com, but said he sold it earlier this year for three times what he paid. A confidentiality agreement prevents him from sharing specifics.

“I sold LosAngeles.com for a substantial number, and now I see it’s being sold again,” he said.

The website is being offered in a package deal with LA.com, with an asking price of $8 million for both. An email to the contact listed on the site prompted a response from Marc Berbert, CEO of an online marketing firm listing an address in Switzerland. Berbert said he owned the domains but declined to be interviewed, suggesting a reporter instead write about the skull-shaped toilets he sells.

Niederman said he once owned over 600 domains, but is now somewhere around 200, many of which aren’t city specific. He flipped NewMedia.com for a nice gain, he said. He expects SanFrancisco.com to be good to him.

“That’ll sell in the multimillion-dollar range, like Los Angeles did,” he said.

A screenshot of Denver.com as of June 2017. (Wayback Machine images)

The appeal of city.com is basic, according to Elliot Silver, who publishes a blog called DomainInvesting.com.

“The city is known and you’re just adding the most common domain name extension to it,” Silver said.

The Boston Globe owns Boston.com. The dot com versions of Miami, Charlotte, Cincinnati, Cleveland, Colorado Springs, Kansas City and Sacramento are also controlled by the dominant newspapers in those markets. LA.com was previously owned by MediaNews Group, the parent company of the Denver Post, whose holdings include the Los Angeles Daily News.

On the tourism side, the URL version of FortWorth.com is used by Visit Fort Worth, which has a contract to lure tourists to the Texas city. Websites for Nashville, Las Vegas and Branson, Missouri, allow users to book hotels and show tickets, although the websites don’t appear to be run by the local tourism authority.

And then there are exceptions. A community foundation controls Chicago.com, while Anchorage.com is owned by a cryptocurrency company. Type ElPaso.com and you get redirected to a 2012 press release about the sale of a natural gas firm that shared a name with the city.

But enter many city domains and you get a message saying the URL is for sale. New York. Detroit. Houston. Philadelphia. Minneapolis. Raleigh. Plus Denver and the other cities that Niederman owns.

Silver — who also buys and sells domains himself, like RockyMountains.com, for which he’s asking $100,000 — said the number of city URLS for sale highlights the fact that running a successful website can be “a pretty substantial operation, and expensive.”

A screenshot of Denver.com as of March 2022.

Niederman said he hasn’t made money from owning Denver.com since he sold Kentwood.

For the past several years, until the recent change, the website featured a sort of coming-soon message, saying “Denver.com will be the destination for all things cannabis related.”

Niederman said he’s not involved in the cannabis industry, “but I’m fascinated by it.” With Colorado being a marijuana pioneer, he figured the city name could naturally lend itself to a site helping those interested navigate a new, legal world.

But Niederman never actually built out the site, and the coming soon message was up for years.

“I explored on a very top level the idea of finding someone to operate and run with the idea,” he said. “I would still entertain the right partnership, so to speak.”

“It’s not like real estate,” he said. “If you don’t develop the real estate, you owe a lot of property taxes.”

Despite updating Denver.com to say it’s for sale, Niederman said he’s ambivalent about making a deal happen. He’s much more motivated to unload the other cities he owns.

Niederman said he’s not interested in any offers below $2 million. He also would like to sell Denver.com in a package deal with Boulder and Fort Collins.

Domain names can seem like old school internet real estate in the age of the “metaverse,” a sort of virtual world with real estate of its own that sometimes sells for millions. But Silver said there’s still a lot of interest in domain names, and city-specific ones sound “authoritative.”

Silver also said owning a city URL can be “a little bit of a vanity play.”

Niederman said it sometimes confuses people when he gives out his email address, which is his first name @Denver.com.

“They always think you’re giving them a fake email address,” he said.

But eventually, Niederman said, he convinces them it’s his real email address, and they want to know how he got it.