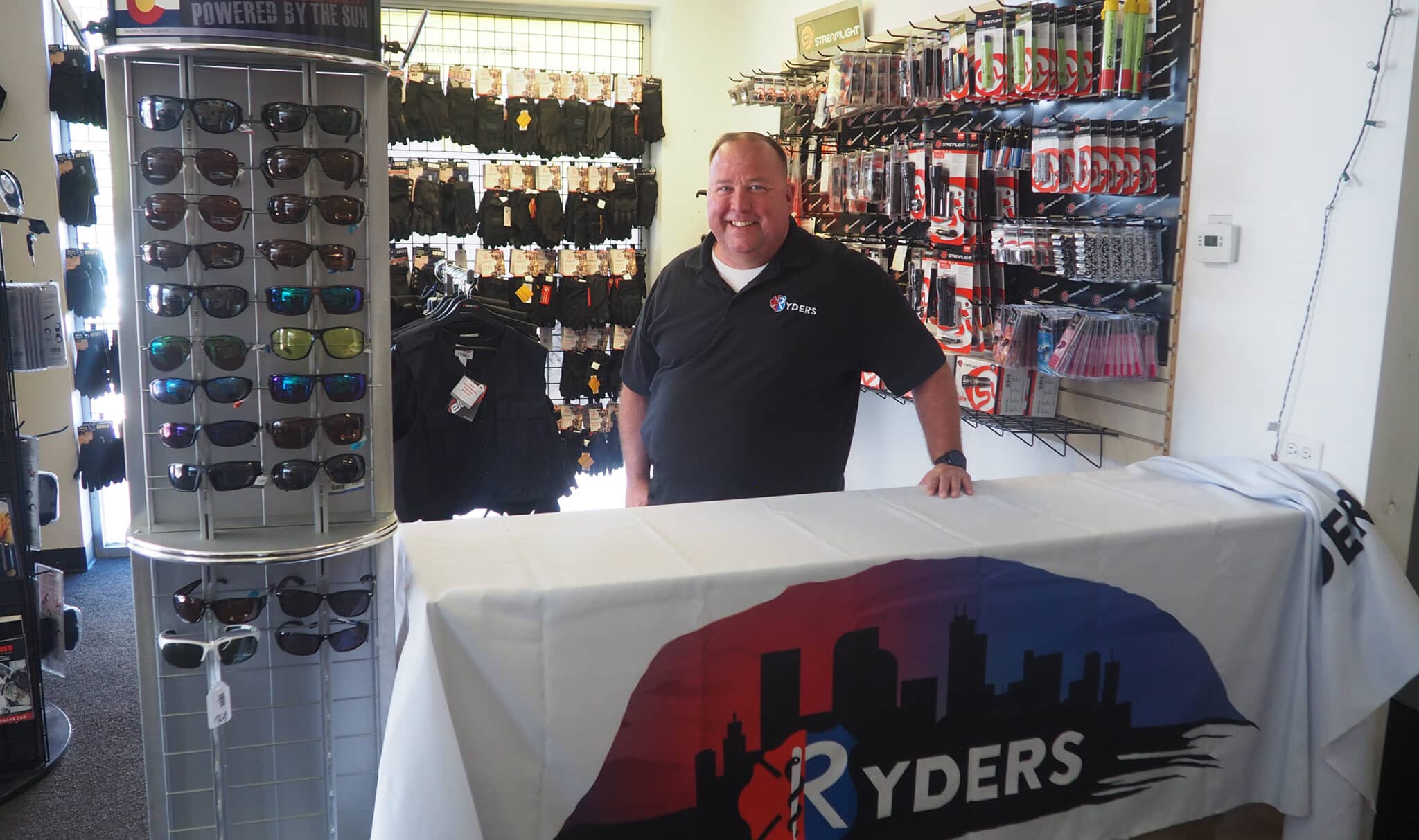 Brad Abney, owner of Ryders Public Safety, is moving the store to its new location in Arvada in October. (Lily O’Neill photos)

In 2012, Abney, along with his aunt Becky, a former police officer for Golden, and uncle Rick Ryder, a retired Denver County deputy sheriff, opened a law enforcement equipment shop at 4131 S. Natches Court in Sheridan.

Ten years later, Abney is moving Ryders Public Safety to Arvada and more than doubling its space to offer more inventory and expand into firearms.

“In 10 years’ time, we’ve collected a lot of stuff and have truly outgrown the space,” Abney said. “We have to be picky about what merchandise we sell to customers in order to conserve room. We always knew we wanted to sell firearms to first responders as part of the tools of what they do, but our current owner of the space was averse to selling firearms.”

He added, “The true reason we’re moving, though, is because we’re cramped in here.” 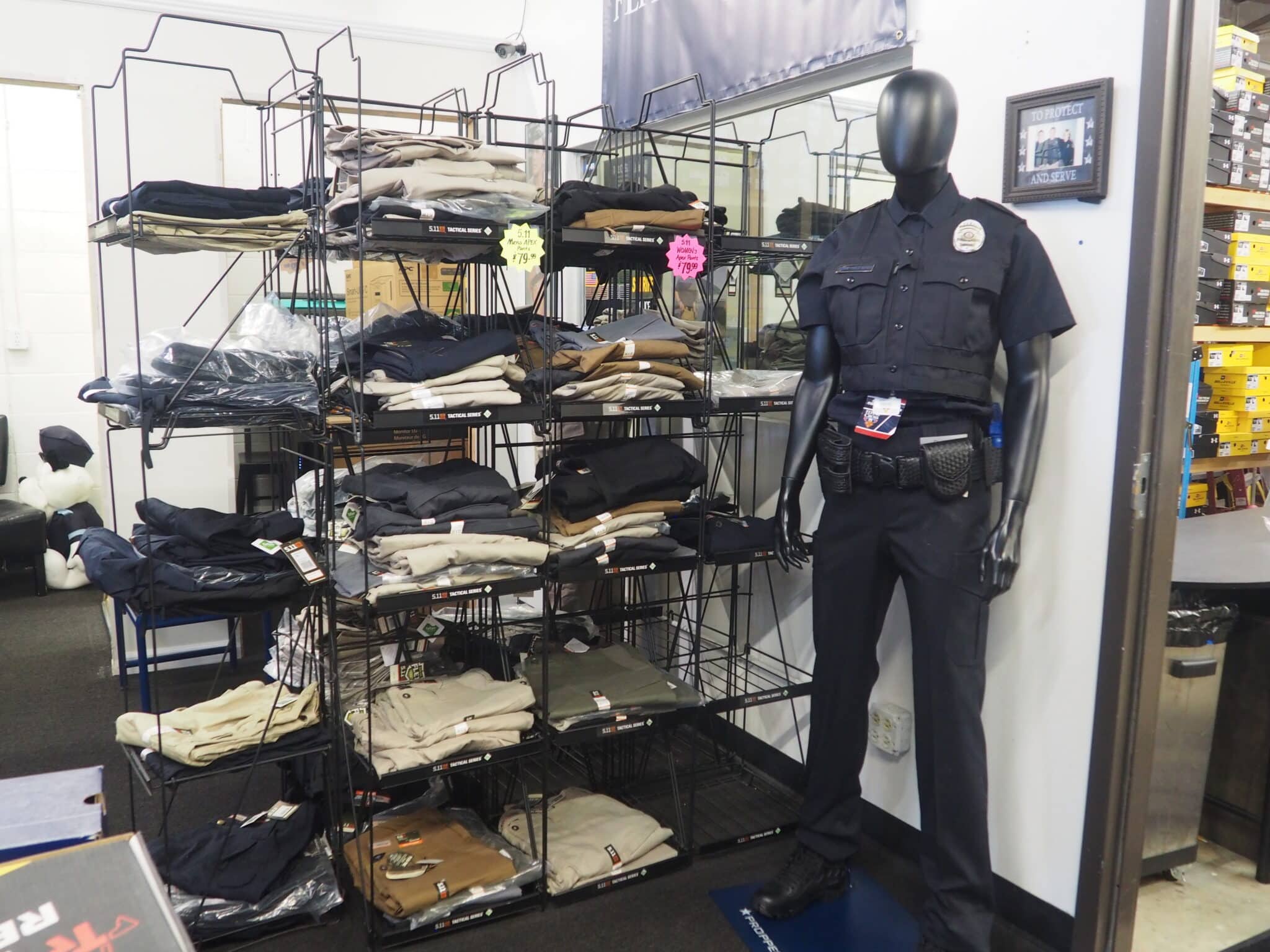 “For over 20 years, directly across the street was a company called Precinct Police Products, and Precinct was owned by two different owners over a two-decade period. So, first responders are used to going to that area to shop for uniforms and equipment,” Abney said. “We just moved across the street and have a bigger location. Precinct was sold a few years ago, so it doesn’t exist in that area anymore, and we want to fill that gap.”

Ryders Public Safety’s new store will have two levels. The armory, which will offer firearms, body armor and leather goods, will be on the second floor, and retail items, such as uniforms, shoes, hats and accessories, will be on the ground floor.

Abney said around 80 percent of the store’s business is government sales, which include about six contracts with local agencies, including providing uniforms for the Denver Fire Department and Lakewood Police Department.

Not all law enforcement departments provide equipment and uniforms for first responders, though, so they also sell accessories like handcuffs and other apparel and gear to individual law enforcement members. 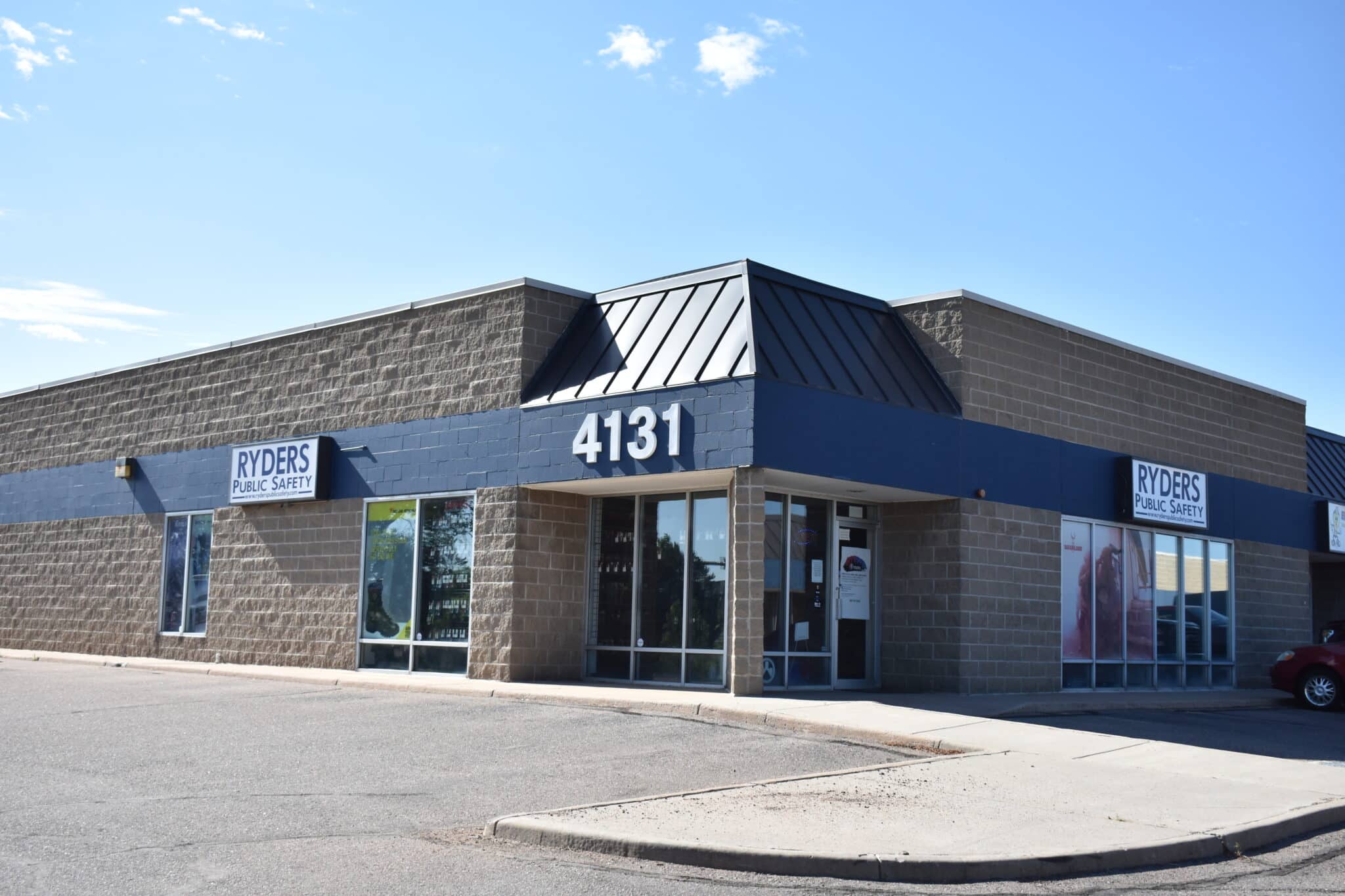 “The contract business is interesting because you don’t get high margins on it, but what you do get is a captive audience,” Abney said. “So, let’s say we provide uniforms for a police department, well the police officers have to come in to pick up their uniforms and get them altered. Then, while they’re waiting, they can walk around the store and find things they didn’t know they needed.”

Abney, a 47-year-old Denver native and third-generation police officer, retired from Jefferson County’s sheriff department in 2019 after 20 years. When he was becoming a supervisor, he received his bachelor’s degree in business and started thinking about what more he could do with it.

His uncle Rick had worked at Precinct Police Products before becoming deputy sheriff and knew the business well. There was only one other law enforcement supply shop at the time, so the two decided to open Ryders Public Safety together.

In 2019, Abney bought the Ryders’ share of the business when the couple decided to retire.

“Seven out of the 10 years since we opened the place, I was working six days a week, spending 10 hours and three days a week at the Jefferson County Sheriff’s department, and then my other three days were spent at the store,” Abney said. “But it feels like I’ve never worked a day at the store because it’s such passion and labor of love.”

Brad Abney, owner of Ryders Public Safety, is moving the store to its new location in Arvada in October. (Lily O’Neill photos)

“It feels like I’ve never worked a day at the store because it’s such passion and labor of love,” said the owner, a retired Jefferson County deputy sheriff.