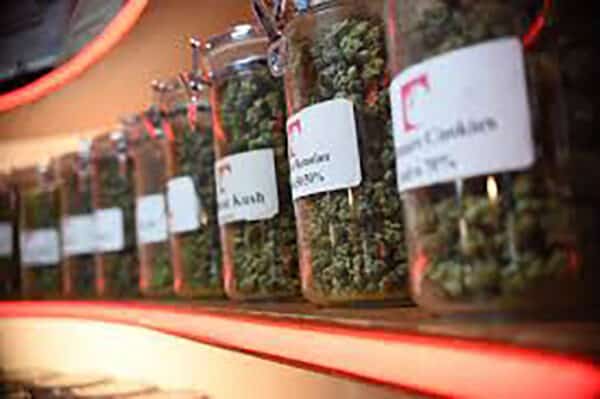 Colorado’s medical marijuana sales fell to their lowest point since retail sales began — the latest signal that the state’s once-robust industry is facing headwinds as others crowd the U.S. market and new regulations take hold.

In July, the state’s marijuana sales for both recreational and medical were shy of $154 million, according to Colorado Department of Revenue figures, down from nearly $203 million a year earlier. Sales for the calendar year have passed the $1 billion mark.

“There is a dangerous perception that Colorado’s cannabis industry is a cash cow,” said Tiffany Goldman, board chair of the Marijuana Industry Group. “This perception is false.”

Her trade association described the state’s marijuana industry as “on the brink.”

“In the future, we hope lawmakers and elected leaders will understand the sad reality that Colorado cannabis businesses are struggling and that we must work to protect an industry that provides good paying jobs and tax revenue for our state,” Goldman said in a statement.

While both are trending downward, it’s for varying reasons, he said. On the recreational side, more states are legalizing, so cannabis tourism is dropping.

On the medical side, “we expected a decline” in sales, he said, pointing to House Bill 1317 as a contributing factor. The measure imposed more requirements on medical marijuana patients and curbed the amount of concentrate that a patient can buy in one day to eight grams. For 18- to 20-year-olds, the limit became two grams.

“I don’t know if we expected this large of a decline,” Shipp added. “It’s a little bit more a hassle to actually obtain a medical card now than what it used to be, so some of them are just opting to not have to go through that process and just shop on the rec side.”

He notes that Native Roots has seen steady increases in medical patients over the past couple months, though, and describes himself as hopeful that the sales slump has “flatlined.” The company is committed to growing its medical side, Shipp added, but he doesn’t expect the medical market to bounce back to its apex.

On a broader scale, both the U.S. and global cannabis sales are on track for growth into the future, according to a rolling market forecast by cannabis data company BDSA.

By the end of this year, the nation’s legal cannabis sales are projected to hit $27 billion — a 7% boost over last year’s sales, according to the data released Tuesday.

BDSA highlights that “the most dramatic sales declines” will likely be seen in mature adult-use markets, such as Colorado, with newer markets instead spurring sales. It notes the trend of falling medical marijuana sales, as “patients have access to increasing variety and lower prices in neighboring adult-use markets.”

“The ‘hockey stick’ trend of sales growth seen in the early years of legal cannabis has passed, and economic and regulatory headwinds are exerting pressure on legal cannabis markets,” said Roy Bingham, CEO of BDSA. “Though mature legal cannabis markets in the U.S. saw sales soften in 2022, the cannabis market is still forecast to see topline growth in 2022, driven by strong sales in new and emerging markets, such as the populous states of New Jersey and New York.”

July’s medical marijuana sales only reached a little over $18 million – the lowest number ever recorded since January 2014. .