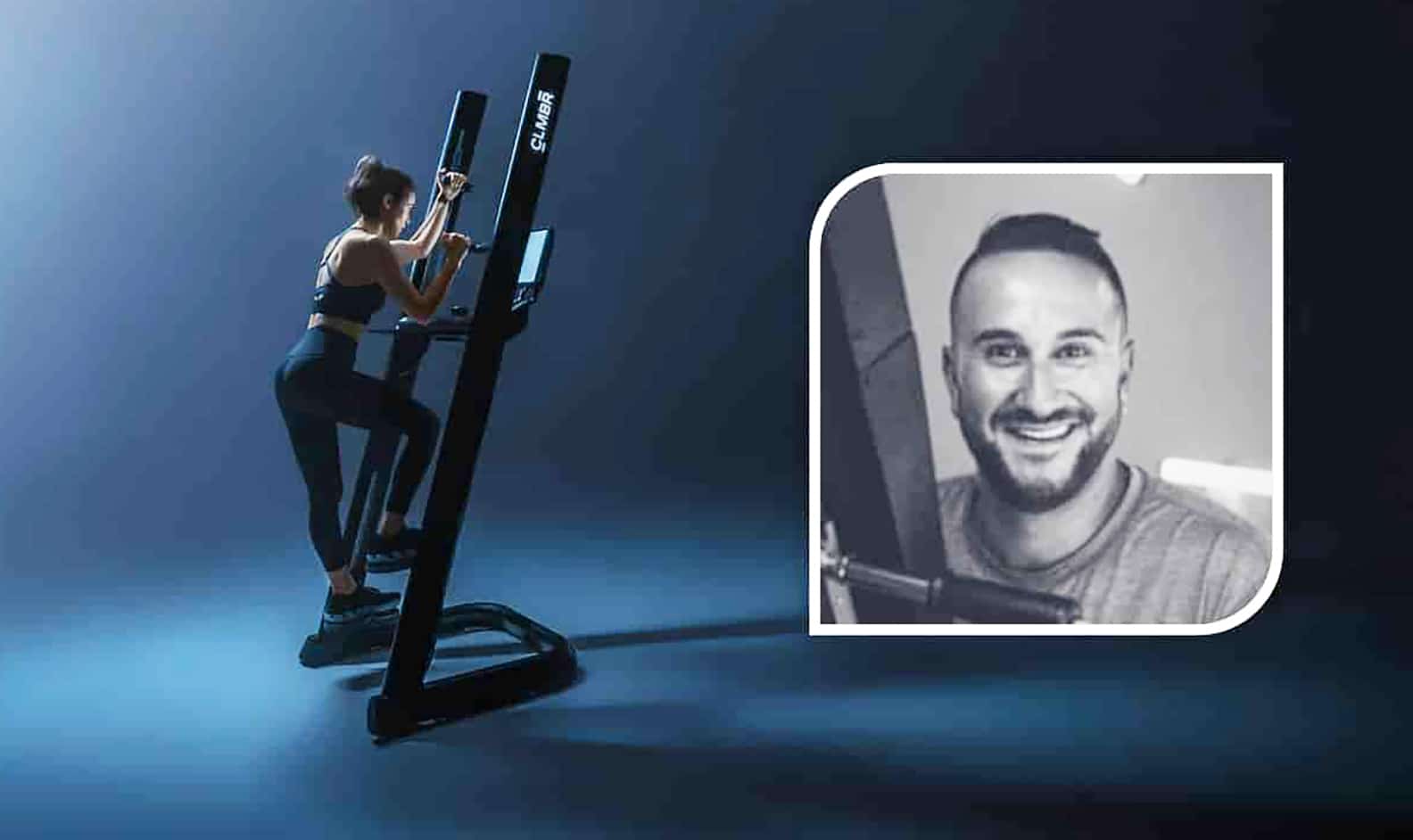 A fitness startup that took two floors in a Cherry Creek office building last year is now trying to sublet the space.

CLMBR, which sells an 8-foot-tall vertical climbing machine, wants someone to take about 18,000 square feet it previously occupied on the second and third floors of the building at 2955 E. 1st Ave., across from the Cherry Creek Shopping Center.

The floors were once used by high-end health club Pura Vida, which closed in early 2019.

CLMBR founder and CEO Avrum Elmakis told BusinessDen that his company leased the space around June 2021 and finished moving in in late February 2022 after building it out.

The company stayed for five months. In July, Elmakis said, his firm moved back to its previous approximately 8,000-square-foot office at 3033 E. 1st Ave., which it had never gotten around to putting on the sublet market.

Elmakis said he “everything kind of changed” for the company and similar ones in the past year, as the coronavirus pandemic became less of a factor in daily life.

“Markets have changed dramatically this year, certainly for everyone in our category — Peloton and others. The hypergrowth just isn’t there right now,” he said.

Shares of Peloton, which peaked at $163 in December 2020, closed at $11.58 Monday and are well below what they were trading at in the weeks before the pandemic took hold in the U.S.

CLMBR is privately owned and has about 40 employees, according to Elmakis. The company has said its investors include rappers Jay-Z and Pitbull, entertainer Ryan Seacrest and tennis player Novak Djokovic.

“We’re doing that as an austerity measure, A,” Elmakis said of the sublet decision. “And B, it’s just better to be in a bustling office.” 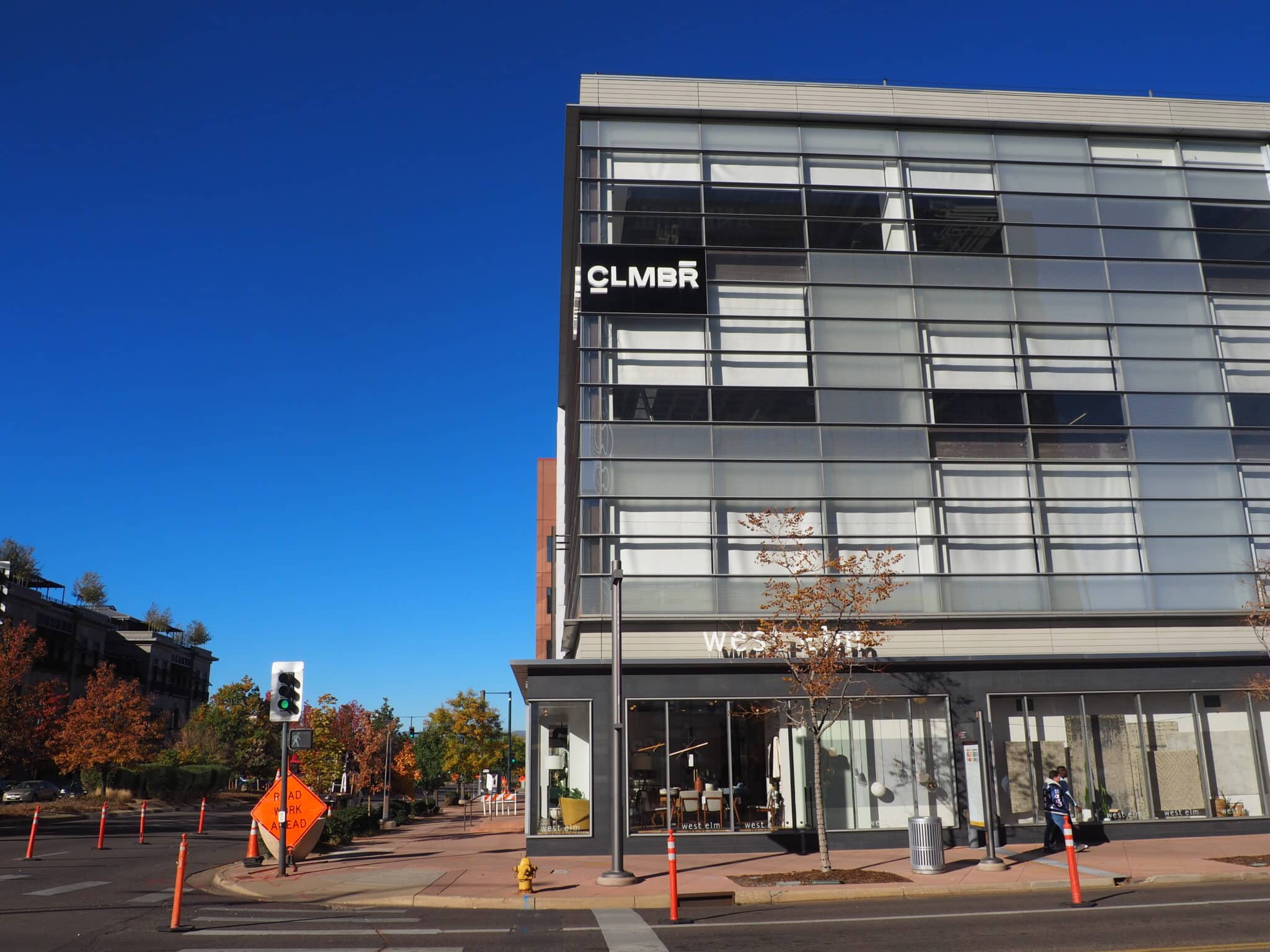 CLMBR signage was installed on the building at 2955 E. 1st Ave. in Cherry Creek.

Office space in Cherry Creek is in high demand. Three buildings are currently under construction, with the most recent to break ground a project at 3rd and University by Denver-based firms Elevation Development Group and Edgemark Development.

NAI Shames Makovsky brokers Ana Sandomire and Peter Knisely are marketing the space for sublease. A brochure obtained by BusinessDen offers a lease rate of $37 per square foot annually on a triple-net lease, and says operating expenses for the building average another $20 a square foot. The lease term runs through February 2032.

Sandomire said she’s looking for a subtenant that will take both floors.

“This is the only current block of space on the market right now for a group not wanting to wait for new construction,” Sandomire said. “It also has really high end office finishes with a mix of private offices and open space, high ceilings with floor-to-ceiling glass and the only property with building signage on 1st Avenue and Milwaukee.”

Elmakis unveiled CLMBR in 2020, and said the first machines were shipped out in October 2021. The starting list price of the machine is $2,799, although sales can bring the cost down significantly. It was offered for $1,499 during Amazon’s Prime Day.

Elmakis declined to discuss sales beyond saying “thousands” have been sold. The company sells to both individuals and gyms.

“In the pandemic, we thought we’d be selling the vast majority to customers at home. Now I would say it’s more an event split,” he said.

In addition to its office in Cherry Creek, CLMBR has a showroom and studio nearby at 165 Saint Paul St.

Elmakis said the company is opening a studio in Los Angeles next week. California is its No. 1 state for orders; Colorado is in the top five.

CLMBR plans to start shipments of a second-generation machine in the fourth quarter.

“We’re really trying to focus on the B2B chains as people are returning to gyms,” he said, adding health care and physical therapy operations are also a priority.