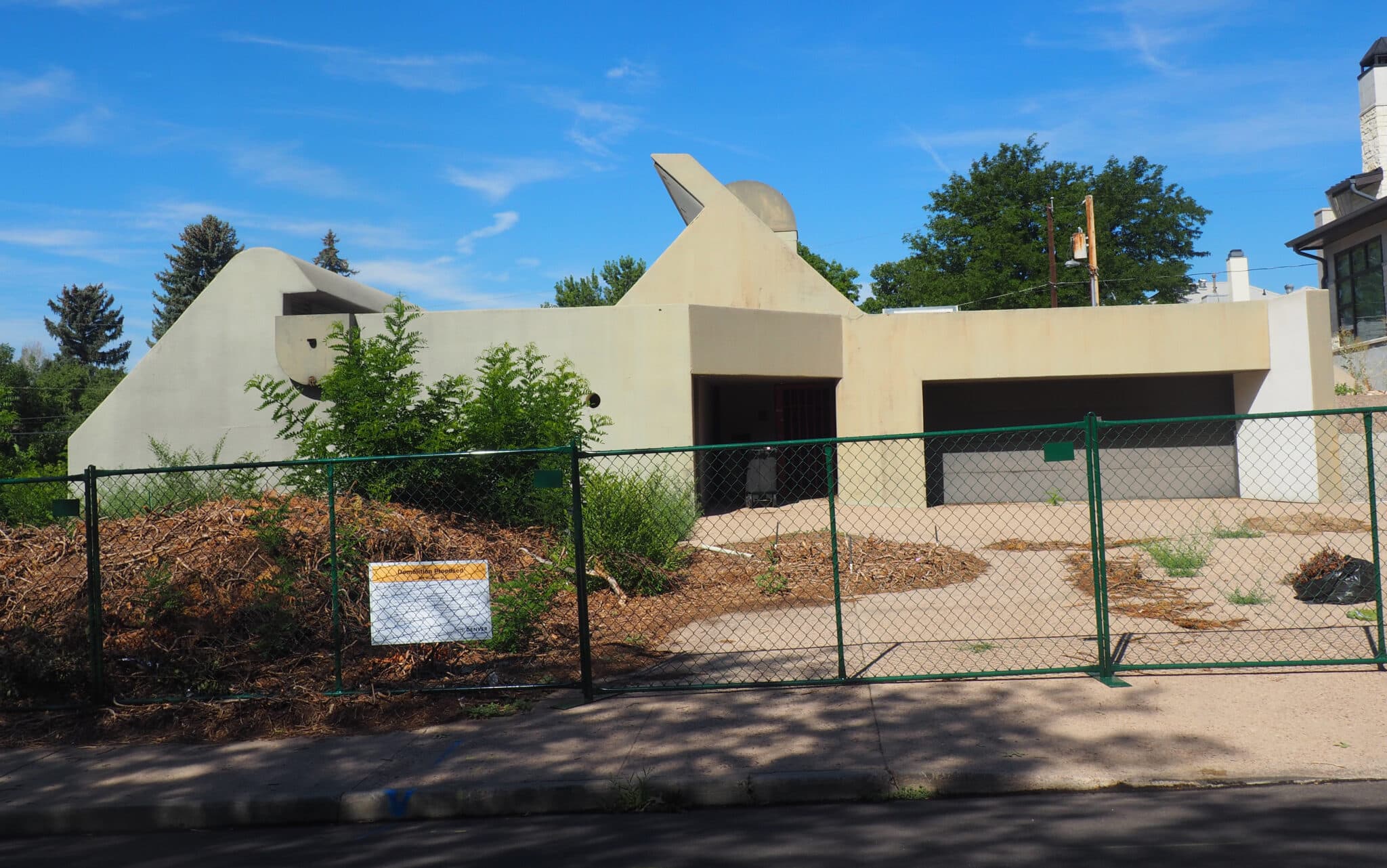 The new owner of the home at 401 Madison St. in Cherry Creek is a homebuilder that plans to demolish the home and construct two duplexes on the lot. (Thomas Gounley photo)

A home in Cherry Creek that a notable architect designed for himself in the ’70s is being targeted for demolition after selling for $4 million in May.

The 6,570-square-foot house at 401 N. Madison was purchased by Denver-based homebuilder Mag Builders in May.

The firm was lured not by its look, which city staff have characterized as “late modern,” but rather the size of its lot: 0.29 acres.

Mag, led by Michael Moylen and Michael Griger, wants to scrape the structure and build two duplexes, with the four resulting units each being around 4,000 square feet.

“Right around the corner on 3rd Avenue and Milwaukee Street, we built three duplexes. So we love the location, and we’ve built probably around 25 duplexes in Cherry Creek,” Moylen said. “The market’s always been strong, and this looked like a great lot.” 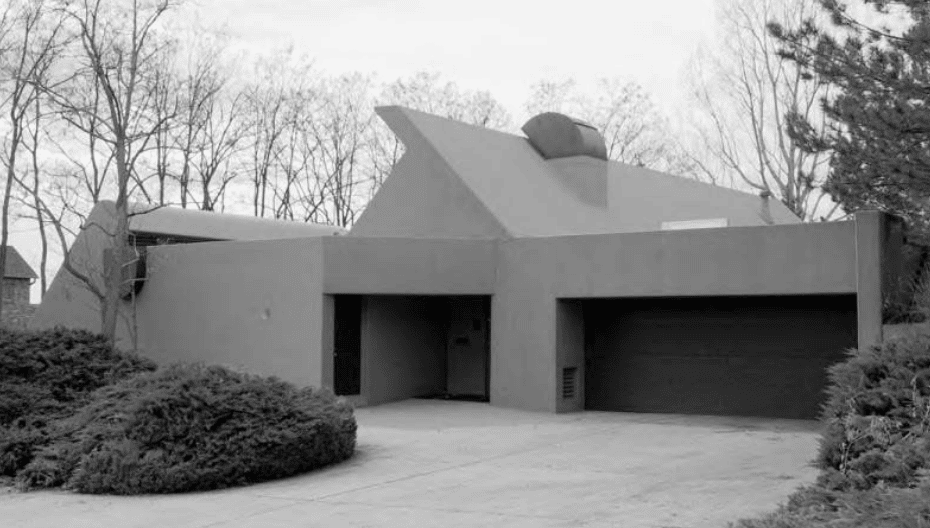 An old photo of the home designed by and built for the late architect Richard Crowther. (Photo courtesy of Denver Landmark Preservation)

The five-bedroom, five-bathroom house was designed by and built for the late architect Richard Crowther, who was known for his energy-conserving architecture, in 1979. He and his wife Pearl owned the home until their deaths in 2006 and 2007, respectively, records show.

Crowther designed Cooper Cinerama movie theaters, which were located in Denver and across the U.S. He also designed buildings for King Soopers and the Joslins department store chain, as well as the ride entrances and ticket booths for Lakeside Amusement Park, according to a report written by Denver city staff.

Crowther’s Cherry Creek home was designed to capture solar energy with a horizontal orientation and large, angled windows to capture sunlight and tinted concrete on the exterior, according to the report.

City staff determined the home is potentially eligible for landmark status as it is a significant example of Crowther’s Modernist residential design work. That means Mag Builders will have to wait at least a few weeks to get approval for demolition, and longer if a group of residents campaign for preservation.

Moylen said the home has been vacant for around five years. 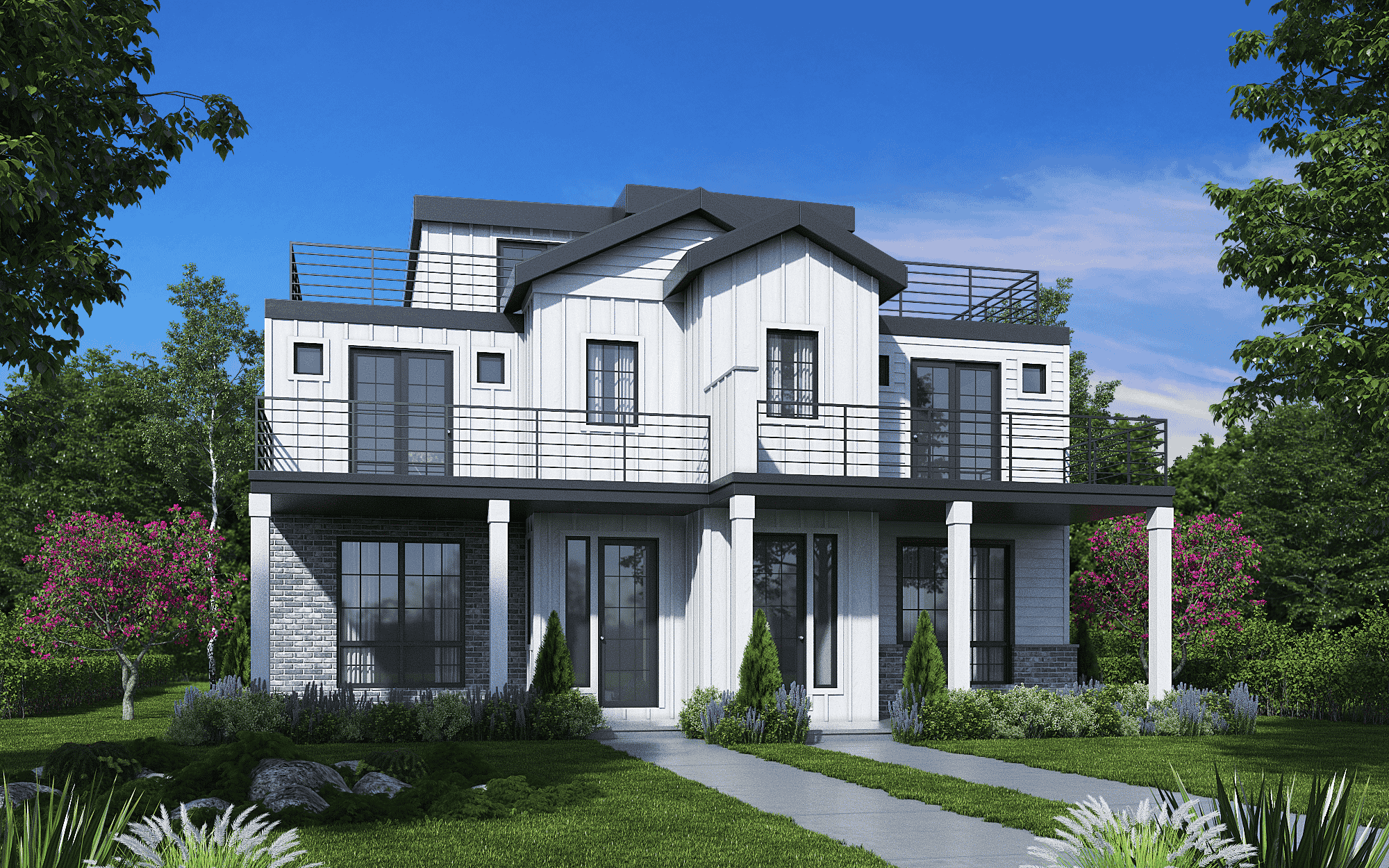 “It’s a mess inside,” Moylen said. “The house is in shambles. There’s orange countertops, like the ‘Brady Bunch,’ a pool in the basement, and a hole in the roof and birds inside.”

Mag Builders hopes to complete the duplexes by the end of next summer. They have yet to design them, but are thinking about building modern farmhouse-style duplexes with two-car garages and amenities such as Wolf appliances, elevators and steam showers in the primary bathrooms.

Moylen said his firm has completed asbestos removal and plans to submit development plans in November.

Mag Builders usually purchases old homes around town to scrape and build new duplexes, townhomes and single-family residences. Moylen said $4 million was a little higher than the company usually pays for a scrape, and the duplexes will likely list for around $2.7 million or $2.9 million.

“We want to be in new construction and revitalize neighborhoods,” Moylen said. “Unless you strip down an old home to the studs, they’re just not efficient in terms of energy and electricity.”

In addition to its usual residential projects, Mag Builders is working with restaurateur Juan Padro to build his new Detroit-style pizza restaurant at 2917 W. 25th Ave. in Jefferson Park.

The new owner of the home at 401 Madison St. in Cherry Creek is a homebuilder that plans to demolish the home and construct two duplexes on the lot. (Thomas Gounley photo)

The buyer is a Denver homebuilder that plans to scrape the '70s-era structure and construct two duplexes on the large lot.