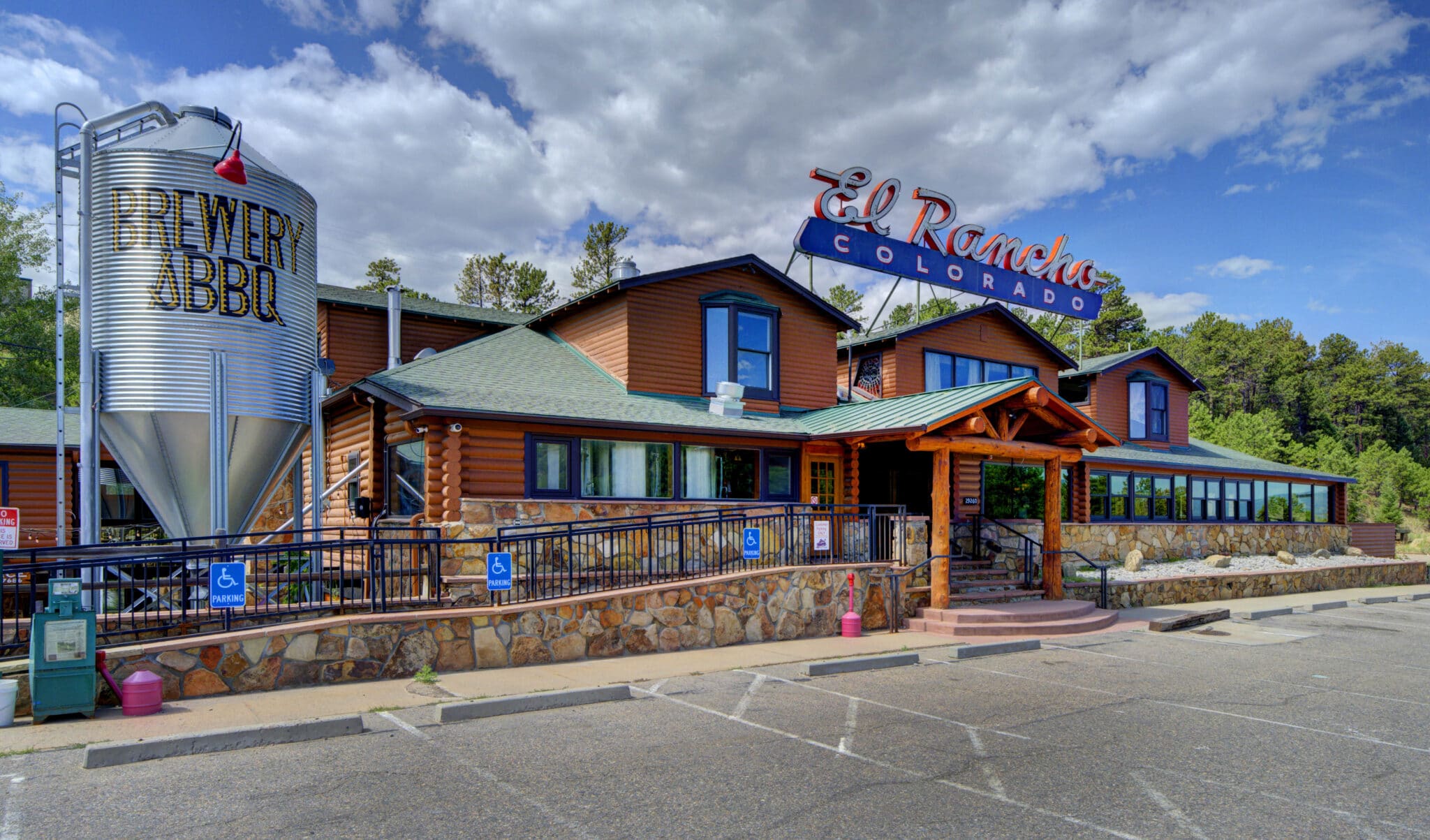 Nestled in a cozy foothills exit off Interstate 70 in Evergreen, El Rancho Brewing Co. aims to be a serene stop for tourists and locals alike to enjoy food and craft beer.

But behind the scenes, the business — the latest incarnation of 75 years of restaurants at the site — has been chaotic, with lawsuits over unpaid debts and wages and allegations of broken promises.

And now, the owners of El Rancho, who control both the business and its real estate, are in a mad dash to beat the clock.

“As my attorney puts it: We’re in deep doo-doo here. So, we can’t be terribly picky if we want to survive at all financially, because the worst outcome of this is that the place would sell for pennies on the dollar,” said Paul Vincent, a member of the family that owns the business and property. 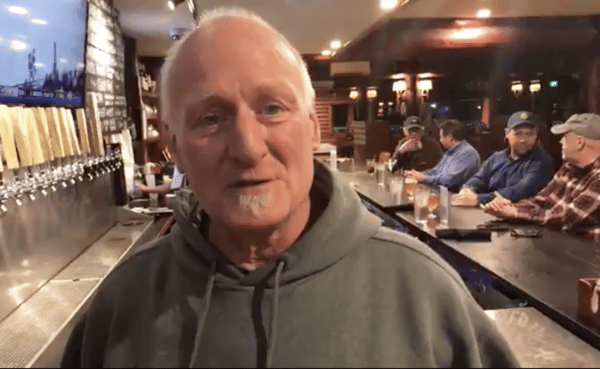 Current owners have run business since 2015

The El Rancho building was completed in 1947 and opened as an eatery the following year, according to Westword. The restaurant was purchased in 1953 by Mildred and Ray Zipprich from Milwaukee, whose family ran the spot until selling in 1988.

In May 2015, six members of the Vincent family — three brothers and their wives — purchased the property for $1.2 million, records show. A multi-million dollar renovation was completed shortly thereafter before the restaurant opened that December.

The business abruptly closed in April and reopened last month.

When they purchased the property, the Vincents took out a $1.5 million loan from FirstBank, records show. Around $200,000 of that mortgage has since been paid off in the seven years since.

FirstBank filed a motion to foreclose the property on July 12, public records show.

That foreclosure sale could be averted, however, if someone buys the property beforehand — hence why Hilco Real Estate is marketing the property.

“Somebody could obviously scrape the entire site and develop something totally different, which is always a possibility,” Hilco broker Steve Madura said.

Lawsuits and the blame game

Vincent said he stepped up his involvement with El Rancho in 2017 to help out his brothers and their wives with the struggling operation. Over time, he and his wife became the main operators on site as the rest of the family moved away or stepped back from day-to-day operations, he said.

Vincent acknowledges that the business’s finances were poorly managed, with debts and unpaid taxes piling up over time. But he says he’s not to blame. 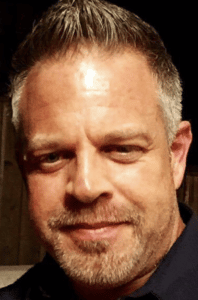 Instead, Vincent puts the blame on a man named Glen Fountain, who he says he brought on in the summer of 2020 as an “independent consultant” to turn the business around.

“His job basically was to be the general manager, to manage all the money, the finances, the business and make things work,” Vincent said.

Vincent says Fountain was known in the community for turning businesses around, but that none of his supposed good bookkeeping found its way into El Rancho.

Contacted by BusinessDen, however, Fountain — who sits on the board of directors for the Evergreen Area Chamber of Commerce and owns the Evergreen Deli at 3881 Evergreen Parkway — said Vincent is mischaracterizing his responsibilities.

“He was in charge of filing the taxes, excise taxes and the other things,” Fountain said. “What was reported was the information that he gave me to report, and that would be only if I was the one filing for that month because he was out of town or asked me to get that taken care of.”

Fountain shared an excerpt of the agreement he and Vincent signed. In it, Vincent is listed as the one responsible for managing the business’ financial accounts. Fountain’s role, per the excerpt, was to oversee the day-to-day operations.

In late 2020, a social media and PR agency sued El Rancho for three months of unpaid work. The following year, a food vendor sued the restaurant for failing to pay for food they had delivered.

Fountain said that another part of his original agreement — a portion he did not share with BusinessDen — stated he would eventually be entitled to a stake in the restaurant.

Sometime last year, Fountain approached Vincent about buying the business from him. Vincent declined, so Fountain instead asked for his share. He believed Vincent owned the majority of the company, because the agreement he’d signed referred to him as the “controlling shareholder.”

“When I involved the attorneys in the process, we discovered that Paul was not a 100 percent owner, he was a 15.7 percent owner, which was why he couldn’t convey the ownership to me,” Fountain said. “We discovered that Paul hadn’t disclosed all the debts of the company including … state tax and property taxes that were past due for 2018 and 2019.”

Fountain said that he never received a stake in the company. He said he walked away from the business shortly before the restaurant abruptly closed its doors in late April after losing its staff. 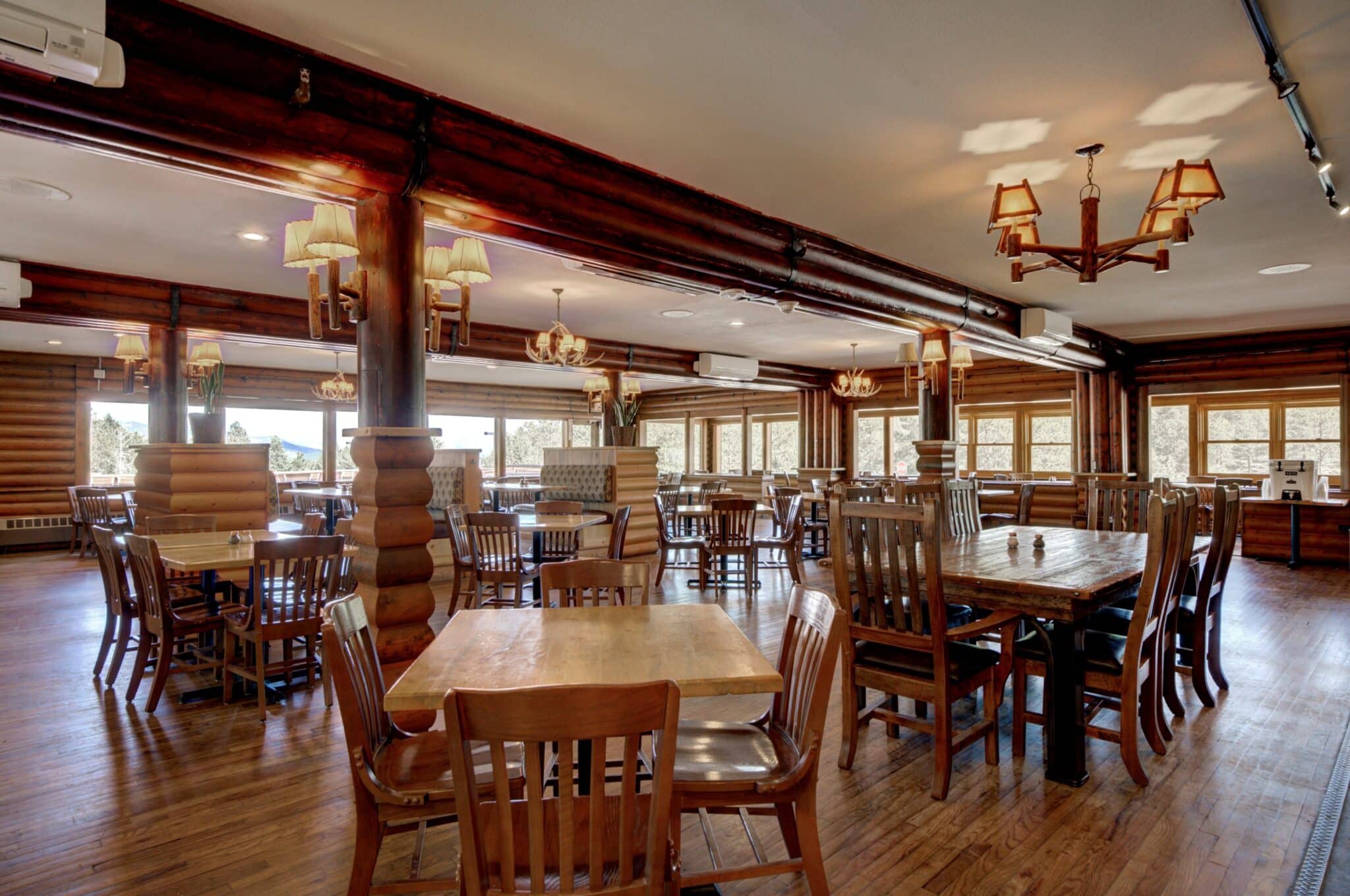 The restaurant abruptly closed in April and reopened last month.

The last payroll for the business was missed, Vincent said. Two employees then sued for their lost wages.

Sedonna Johnson, one of those two employees, pins the blame on Vincent.

“It was great working there. We all loved it. We’re all like a family,” she said. “And then a few hours before my next shift, one of the other bartenders texted me and said, ‘Hey, tomorrow’s our last day.’

“Everything was great because Glen made it great. He’s the one who brought in the chef, you know, he made it what it was becoming,” Johnson said.

El Rancho is now back open with limited hours and a limited menu. Although the details of the fiasco remain somewhat blurred, one thing is for sure: there’s no lost love between Fountain and Vincent.

Fountain said of Vincent, “You got a 500 credit score, you’re 70 years old, your word isn’t worth anything, you’ve lied to me in our agreement.”