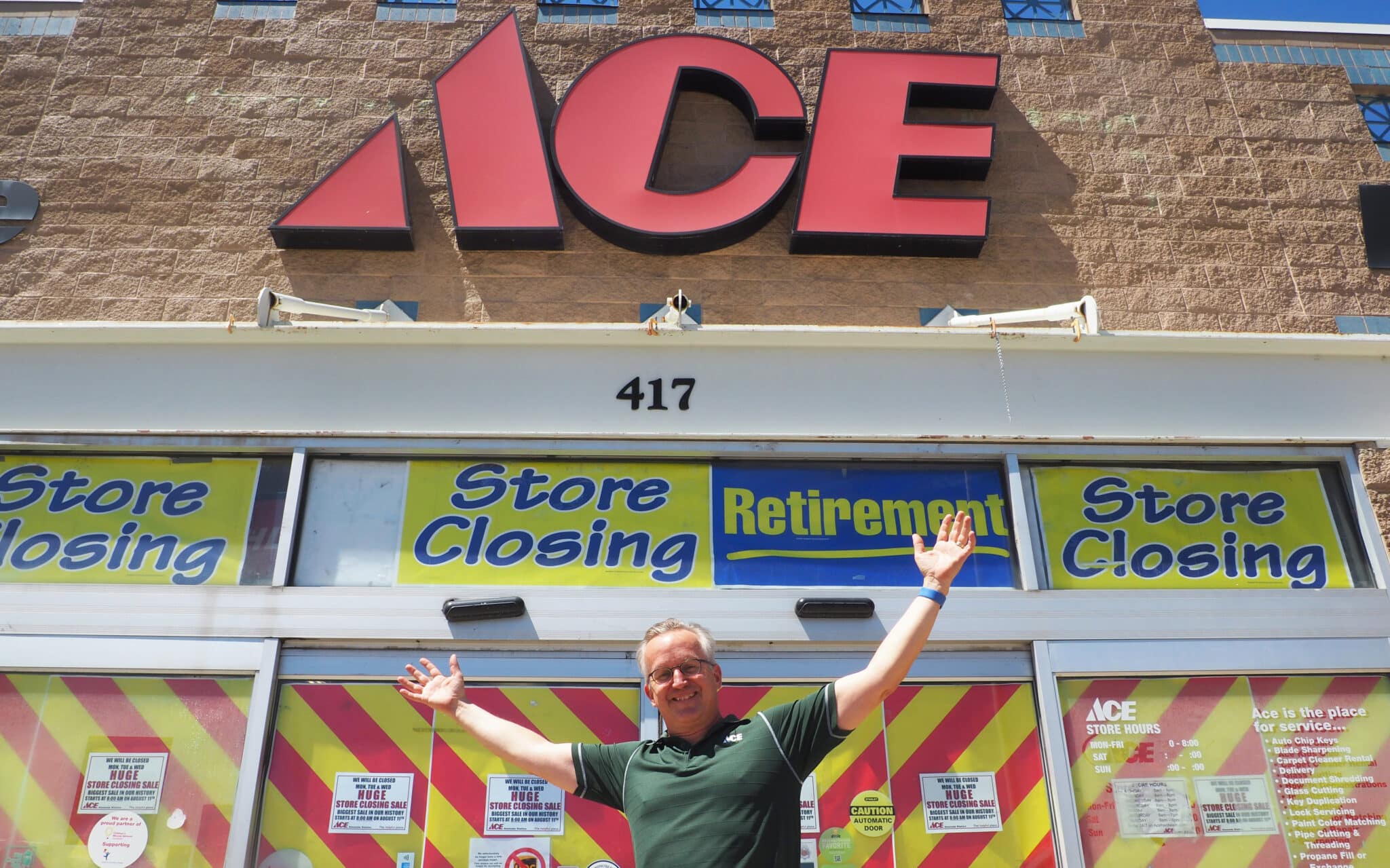 There are some problems that hardware just can’t fix.

After 16 years in business, Ace Hardware in Baker is closing down. Store owner Andy Carlson blamed rising labor and rent. And a rise in crime.

“My phone’s been blowing up and I just think that our customers are going to really miss us,” the 54-year-old said.

The hardware store at 417 S. Broadway sits in a retail strip next to a Sally’s and Dollar Tree. All three of the businesses will be gone by the end of next January, according to the property’s owner. The stores are part of a large retail complex that is gradually being redeveloped into an apartment-heavy neighborhood dubbed Broadway Park.

Although planned redevelopment meant the store would have to close in the near future, Carlson’s reasons for shuttering the doors now relate to problems faced by multiple retailers.

The store has about $3.5 million in sales per year, Carlson said.

“In a good year, a top-tier hardware store like this could do 7 percent at the bottom, pre-tax net profit. We’ve been squeezed into below five,” Carlson said.

First, there’s rising wages. Denver’s minimum wage has increased by about 43 percent since 2019 and will increase another 9 percent above current levels next year.

Carlson has responded by decreasing his staff count. Typically, the store employed 35 people starting in May to prepare for the retailer’s busy season. This year though, Carlson said Ace has just 18 people on staff.

“Our payroll has to be less than 20 percent of our sales, or we’re just not profitable. So when the wages go up, it’s just like, OK, we have to make do with less people,” he said. 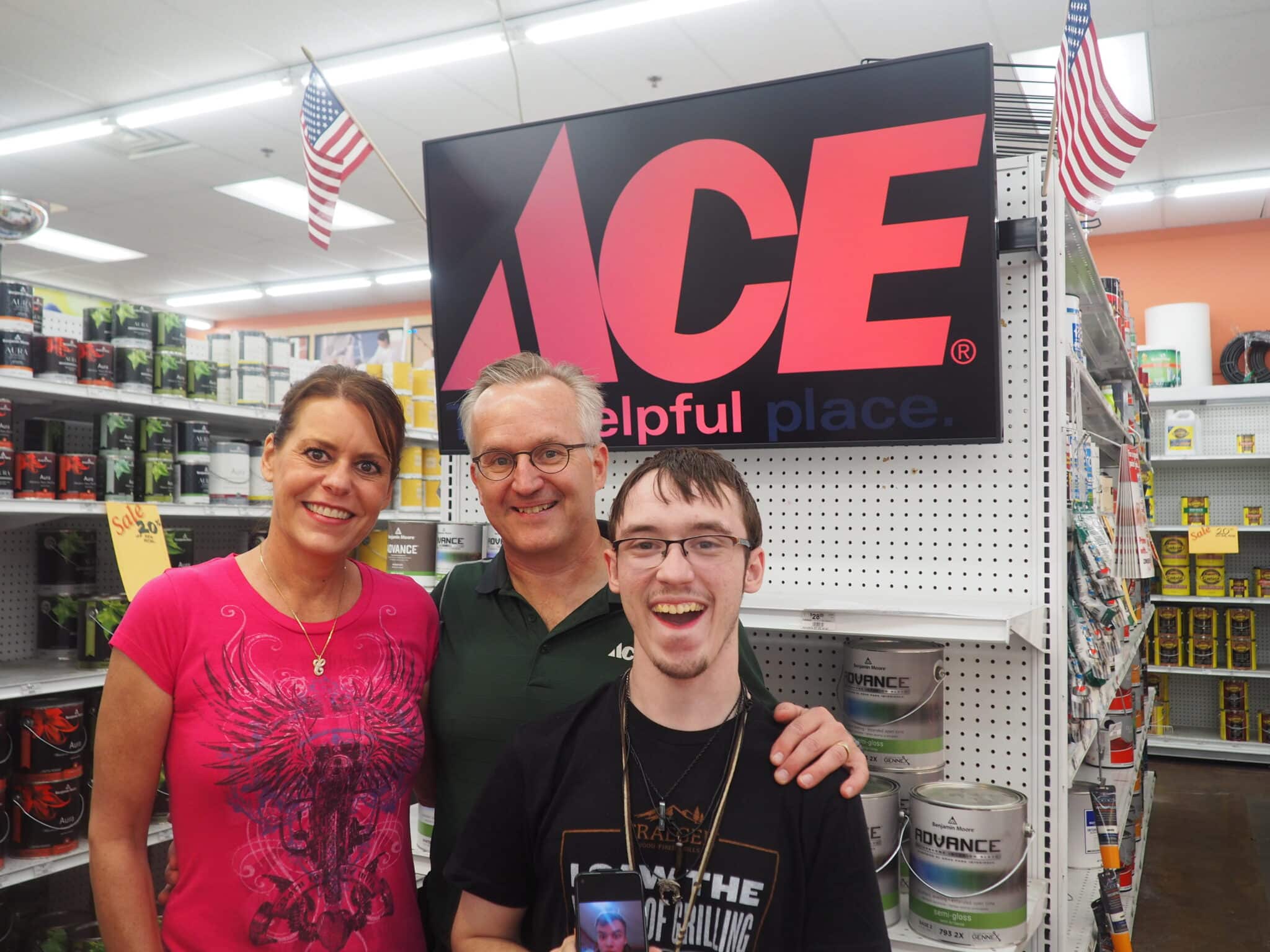 Andy Carlson with his wife Claudette and their son Lucas. Lucas is holding a photo of his brother Max, who is a sergeant in the Marines.

Another issue was occupancy costs. As the area surrounding Ace gets redeveloped, the property taxes the business pays due to its triple-net lease have risen.

Carlson said a successful Ace store can generally spend just 12 percent of its revenue on its real estate costs. He said his store has spent as much as 16 percent.

The third strike for the store was the increase in crime in the neighborhood, Carlson said. Not a single break-in occurred in his first 14 years of business. Since the pandemic, the store has had three.

And crime has not been limited to break-ins. The store had its truck stolen last September, and the truck’s catalytic converter was stolen separately twice. Shoplifting has also increased; Carlson blames lax laws for the increased brazenness of the thieves.

“There’s no penalty whatsoever if you steal less than $1,000 – nothing happens,” he said.

The sentence for the 22-year-old woman who stole the store’s truck was 30 days of probation and a mandatory rehab program, Carlson said. He said he received a letter shortly after the sentencing saying that the woman had skipped out on probation. It was her third time being convicted of a similar crime, Carlson recalled the judge saying at the sentencing.

Carlson said he is joining an IT support company, Dilse.it, as its new CEO. He has a degree in computer science and prior to owning Ace worked at various IT firms. Dilse currently services about 40 Ace locations, as well as various other small businesses.

“I’m continuing to be a business person in Denver. I believe in the city, it’s a great place. It’s just hard for retailers right now,” Carlson said.

The Sally’s and Dollar Tree adjacent to Ace will close at the end of the year and the end of January, according to Chris Waggett, CEO of D4 Urban, whose firm owns the property and has master-planned the Broadway Park project.

Plans are underway for roughly 500 apartment units to be built at the site of the three stores, Waggett said. 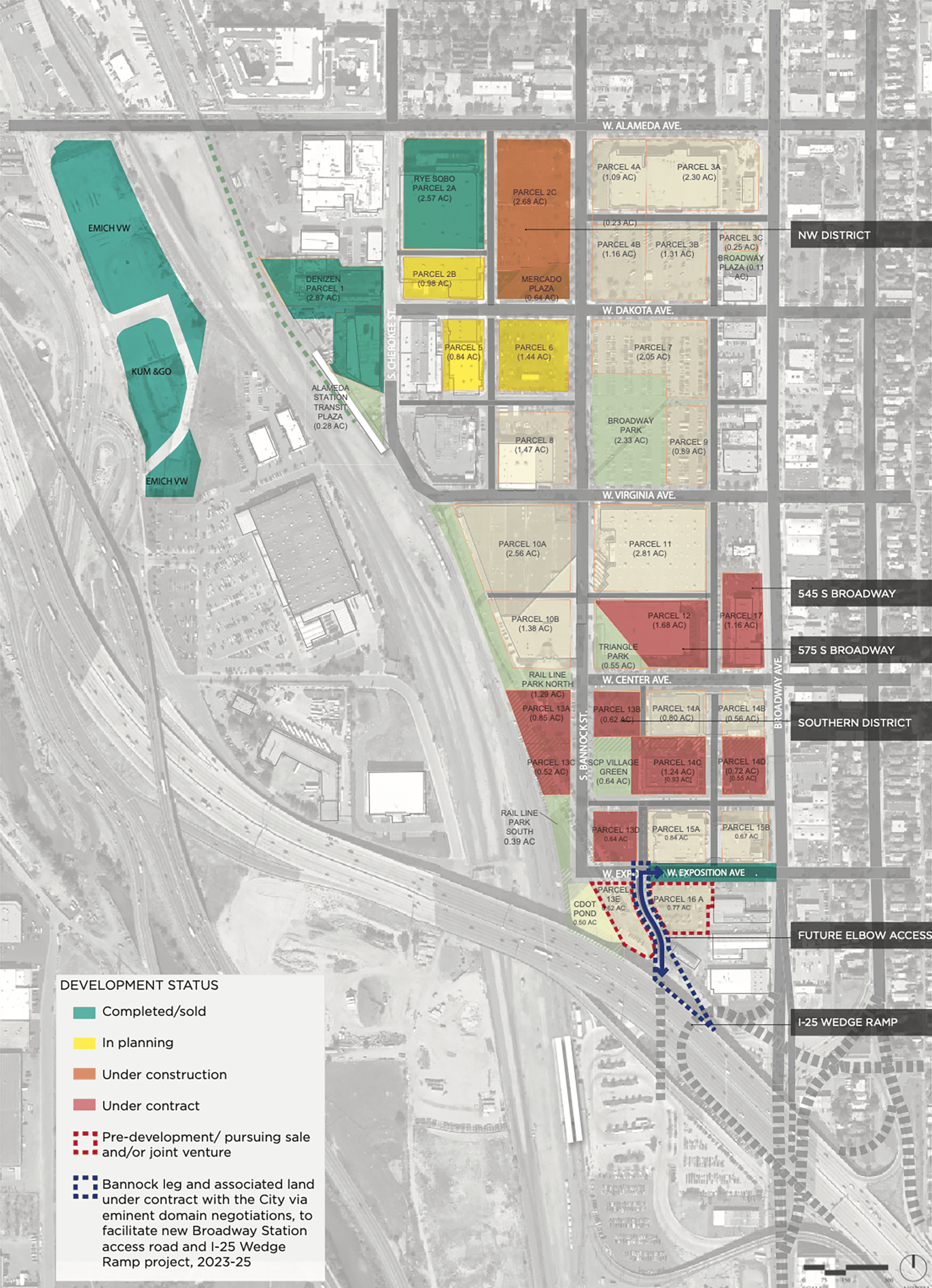 Ace Hardware and the lot it sits on are labeled parcels 5 and 6, marked in yellow in the “Northwest District” of the development plan. (Image courtesy of D4 Urban)

Store owner Andy Carlson blamed the rising costs and an increase in crime. “In a good year, a top-tier hardware store like this could do 7 percent at the bottom, pre-tax net profit. We've been squeezed into below five.”