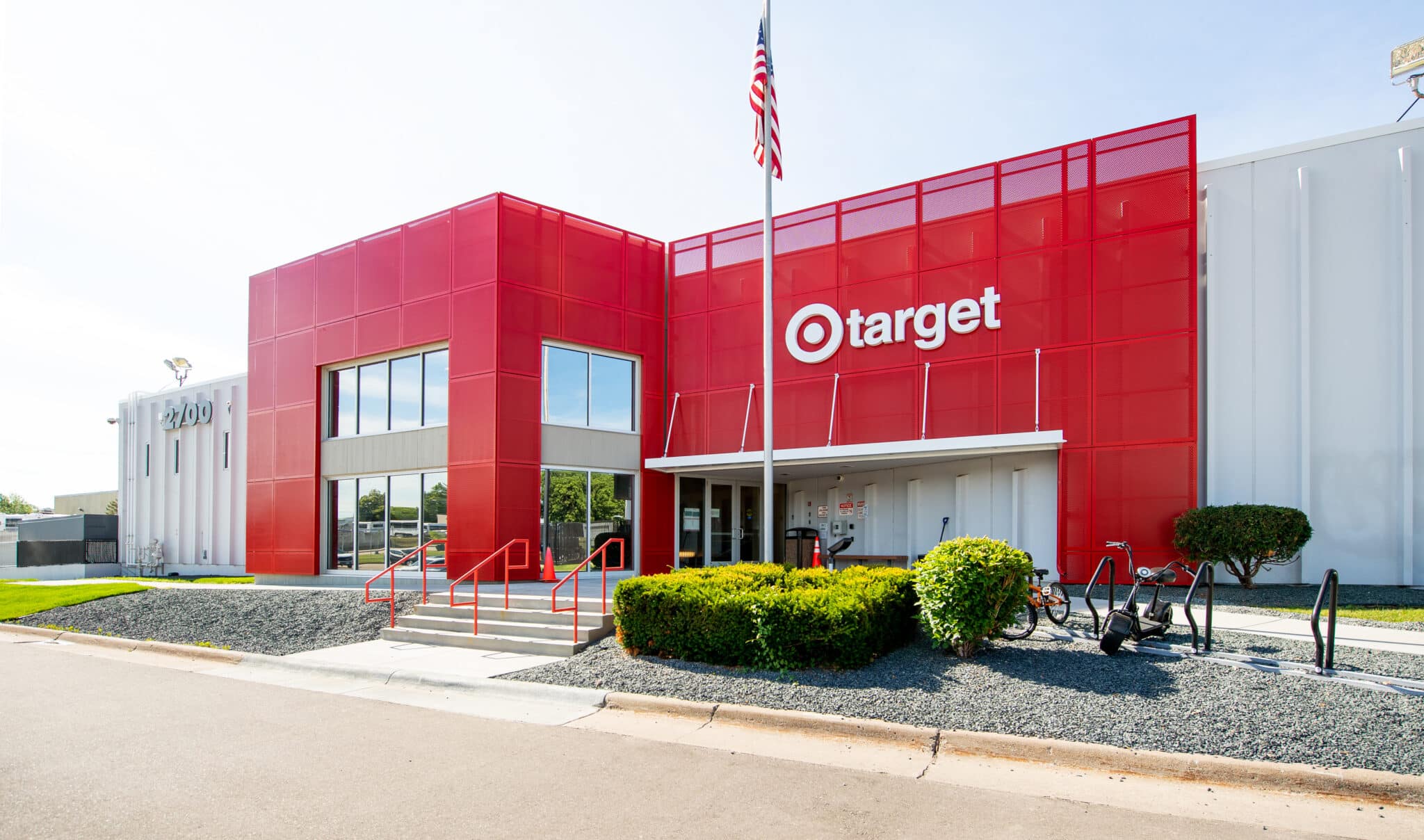 A Target “sortation center” in Minneapolis. The company is planning to open a similar facility in Denver. (Photo courtesy of Target)

Target is planting one of the retailer’s new “sortation centers” where Paulino Gardens once operated.

The company leased a new 141,520-square-foot industrial building at 6300 N. Broadway in Adams County for the package-sorting facility, a Target spokeswoman told BusinessDen.

Paulino Gardens, a nursery and garden center, operated at the Broadway site for about six decades before closing in 2019. The building that Target is leasing was developed by San Francisco-based Prologis, which purchased the property that year from the Paulino family for $12.2 million, records show.

Target said in a 2021 company blog post that 95 percent of its online orders are fulfilled at one of the company’s stores, as opposed to a large warehouse like those used by Amazon.

The company’s sortation centers take the process of sorting those packages away from a store backroom. Target trucks pick up the orders from local stores and take them to the sortation center.

Target opened its first sortation center in its home city of Minneapolis in 2020. The company now has nine such facilities either open or planned.

The Adams County facility will open within the next year, the Target spokeswoman said. It will be the company’s first in Colorado.

A Target “sortation center” in Minneapolis. The company is planning to open a similar facility in Denver. (Photo courtesy of Target)

The retailer leased a new industrial building at 6300 N. Broadway, where the nursery closed in 2019 after about six decades.