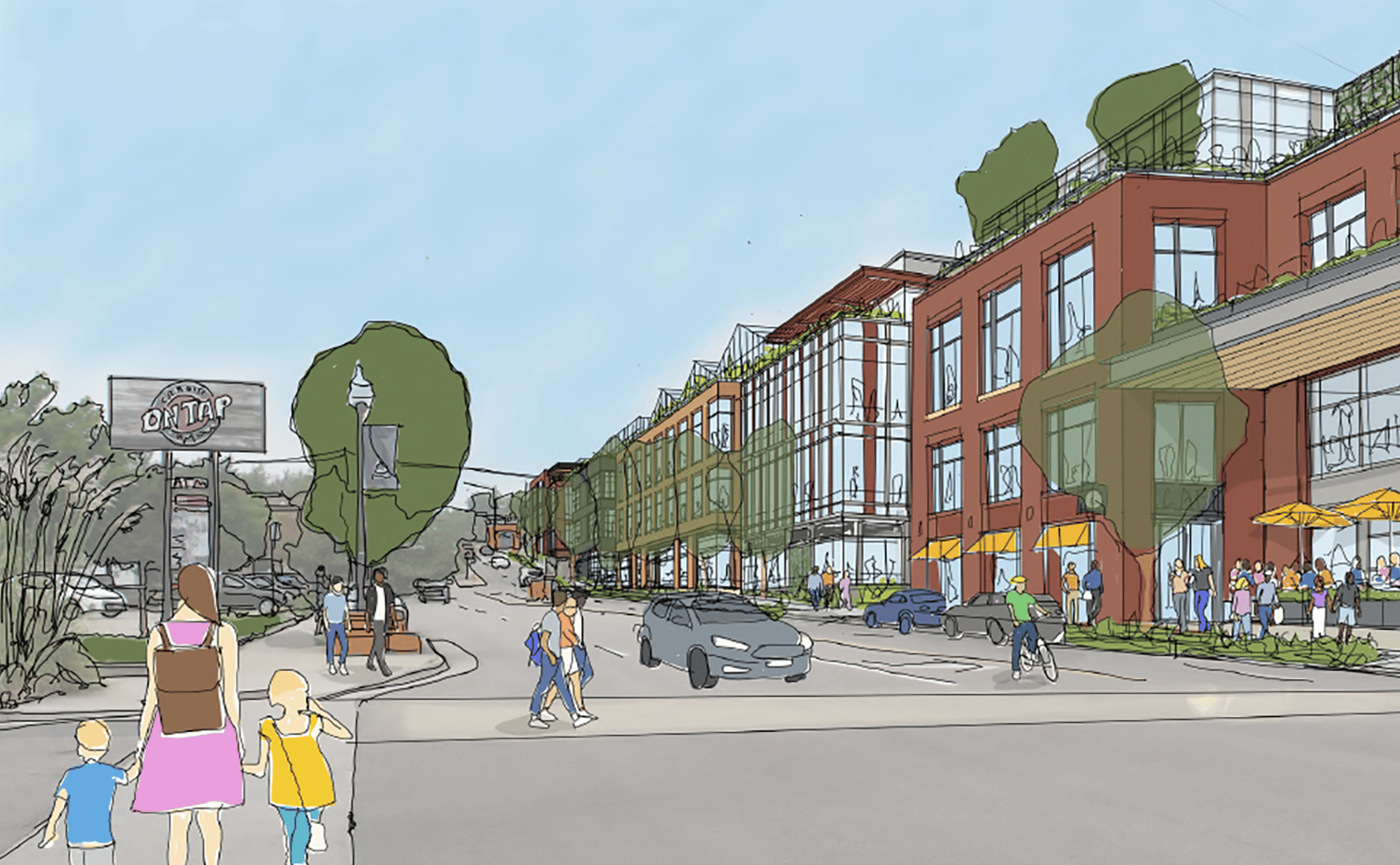 A rendering of a redevelopment planned for 12 acres of downtown Golden. (Image courtesy of Tryba Architects)

The largest redevelopment project in Golden’s history is getting underway, and the city’s most famous last name is behind it.

The family that founded Coors Brewing Co. is embarking on plans to redevelop a 12.4-acre property at 600 9th St. that spans about five blocks and would effectively extend the city’s downtown.

The site has been home to CoorsTek, a ceramic manufacturing facility owned by the Coors family. But that company’s headquarters shifted to Lakewood in 2015 and manufacturing operations have moved elsewhere, ceasing completely at the site last month. 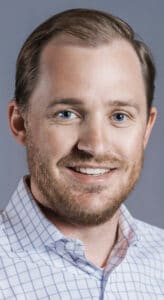 “We started to imagine what’s next for this site,” said CoorsTek CEO Michael Coors, whose great-great-grandfather founded the brewery. “We love this community and the location, so we decided to move our headquarters from Lakewood back to Golden. We wanted to do a larger redevelopment of the whole site because it’s much larger than what we need for our headquarters building.”

The family’s vision, expected to take at least a decade to build out, calls for the site to eventually feature about 800,000 square feet of office space, about 120,000 of which would be used by CoorsTek. Plans also call for around 350 residential units with no fewer than 25 income-restricted units, a hotel, and around 50,000 square feet of retail and restaurant space. About 40 percent of the site would remain open space.

Coors said the family plans to invest between $900 million and $1 billion into the project over the next 10 years, and they are looking for like-minded outside investors to join.

AC Development, owned by the Coors family and led by President Dan Cohen, began phase one of the project this week, which includes stabilization of buildings to be restored, demolition of numerous structures, infrastructure planning and construction and design of multiple commercial buildings.

There are currently 500,000 square feet of buildings on the site now, many of which are interconnected, making it difficult to decide which ones to restore or demolish, Cohen said. But Cohen said AC Development is committed to restoring the property’s oldest buildings.

Cohen said AC Development expects to start demolition on buildings later this year and break ground on phase one in mid-2023. He said that will include about 275,000 square feet of office space as well as 10,000 square feet of restaurants and retail space, a plaza and below-grade parking and a plaza. 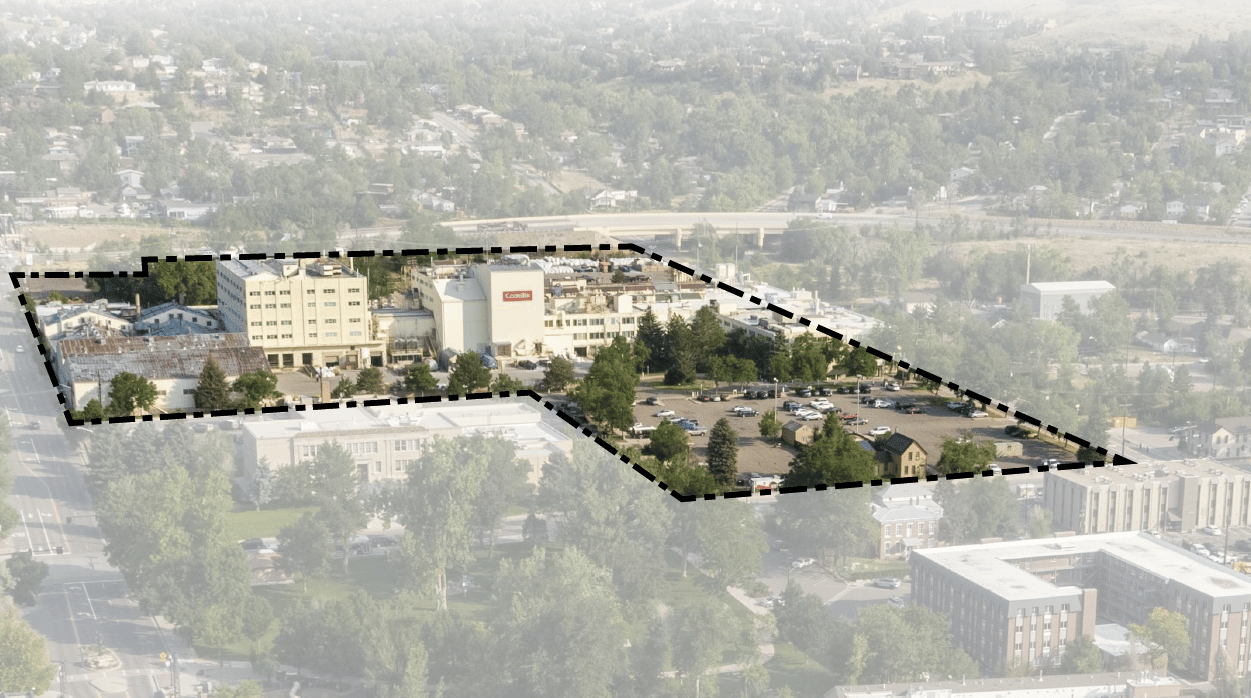 That phase could be completed in mid-to-late 2025, Cohen said. Mortenson is the general contractor for the project’s first phase, and Tryba Architects was hired for the master plan.

CoorsTek’s manufacturing facility was originally a glass plant, and later used for a china and pottery business. When the original owner got sick and moved away, the Coors family, who started the brewery business in Golden in 1873, took it over in 1910. In 1959, it was where the aluminum can was invented.

“During World War I there was a huge naval blockade against German products coming to the U.S. So, during that time the U.S. government reached out to lots of different potteries in the U.S. to make scientific labware, and we were able to produce that for the government. That launched us into more industrial products, which is what we make today,” Coors said.

CoorsTek now manufactures technical ceramics for numerous industries, including components for hip replacements and armor components for law enforcement and military. A 2015 Forbes article said the company did $1.3 billion in sales.

“Our family has been a part of this town since its founding. We’re really excited to give back to the city and bring a vibrant new district to an area that was historically industrial and blocked off,” Coors said. “Now it will be through streets open to everybody and revitalize an area of downtown that could use it.”

Cohen added, “We want to bring the experience of downtown across Clear Creek to the north.” 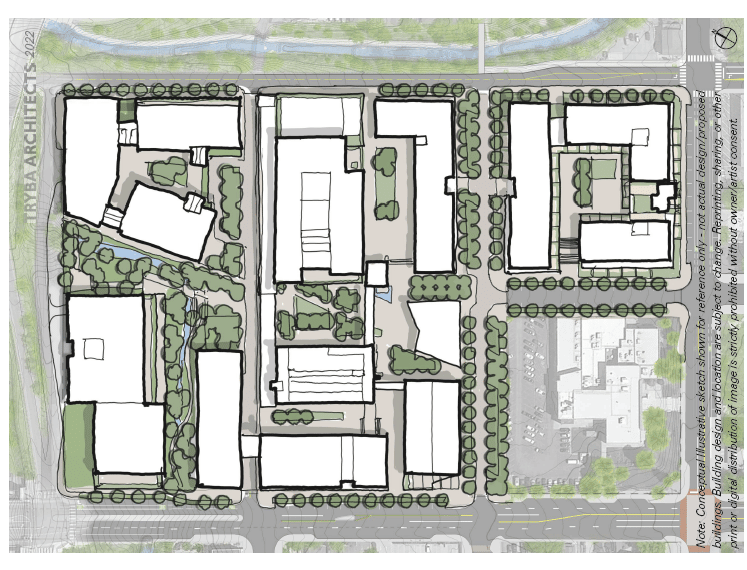 AC Development went through a yearlong process to receive unanimous zoning approval from the Golden City Council in early June. Cohen said he attended over 100 community meetings, four planning commission meetings and a six-hour council hearing prior to the decision.

Muriby said the closest project of this scale was Gateway Village, a 22-acre subdivision north of Interstate 70 master planned by Denver-based Northstar Commercial Partners, which includes ​​a Harley-Davidson dealership and the Origin Hotel Red Rocks.

“That was a new build, though,” Muriby added. “It wasn’t anything like a downtown property that’s evolved over 100 years.”

The CoorsTek redevelopment project would try to recruit a host of new businesses in outdoor, tech, life science, clean energy and other industries.

“We’re all excited that CoorsTek wants to stay in the community and reinvest in it,” Muriby said. “It was worth all the work for this great end result. And the number of businesses that CoorsTek is likely to attract to that site just by its headquarters being there will provide a lot more economic vitality in the downtown area. It would be great to have some big office users and more cutting-edge companies there.”

A rendering of a redevelopment planned for 12 acres of downtown Golden. (Image courtesy of Tryba Architects)