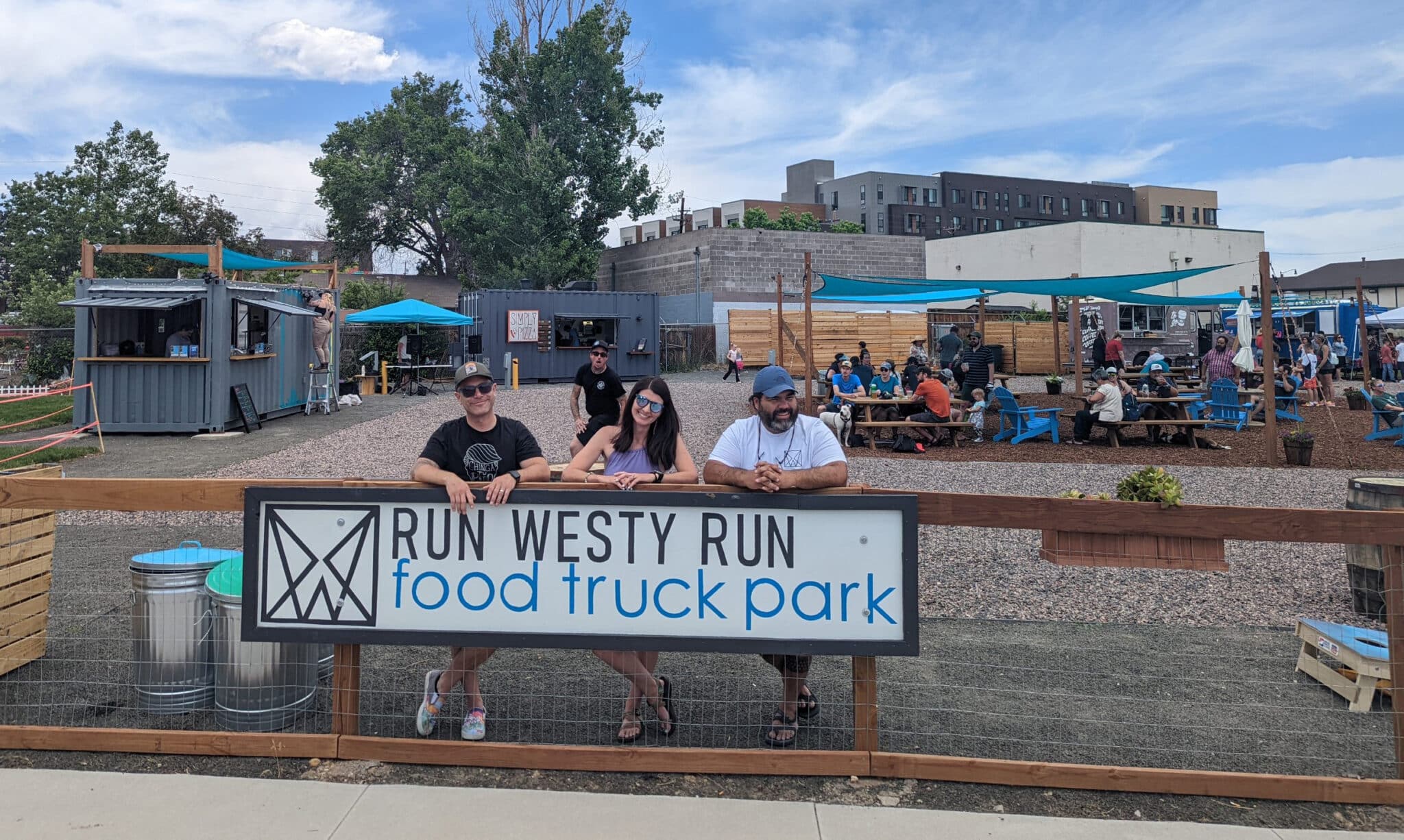 Blake Sanchez and Jeffrey and Mary Range had been considering opening a food truck together prior to the pandemic.

But when COVID hit, the trio put a pause on their plans and returned to their day jobs.

Then, last year, the Ranges were in Westminster when Jeffrey noticed a multitude of small lots for rent in town. He had heard of food truck parks becoming popular in Texas and Portland. So, rather than open their own truck, they’ve decided to let the food trucks come to them.

The Ranges and Sanchez opened Run Westy Run this month on a half-acre lot at 3151 W. 70th Ave. by RTD’s Westminster rail station.

“We wanted to be close to a park and public transportation,” Sanchez said. “The numbers prior to COVID are what drew us to this site. They were getting massive amounts of people through the light rail system and at the parking garage. We figured people would want to eat or get something to go as they’re getting on the light rail or coming home.” 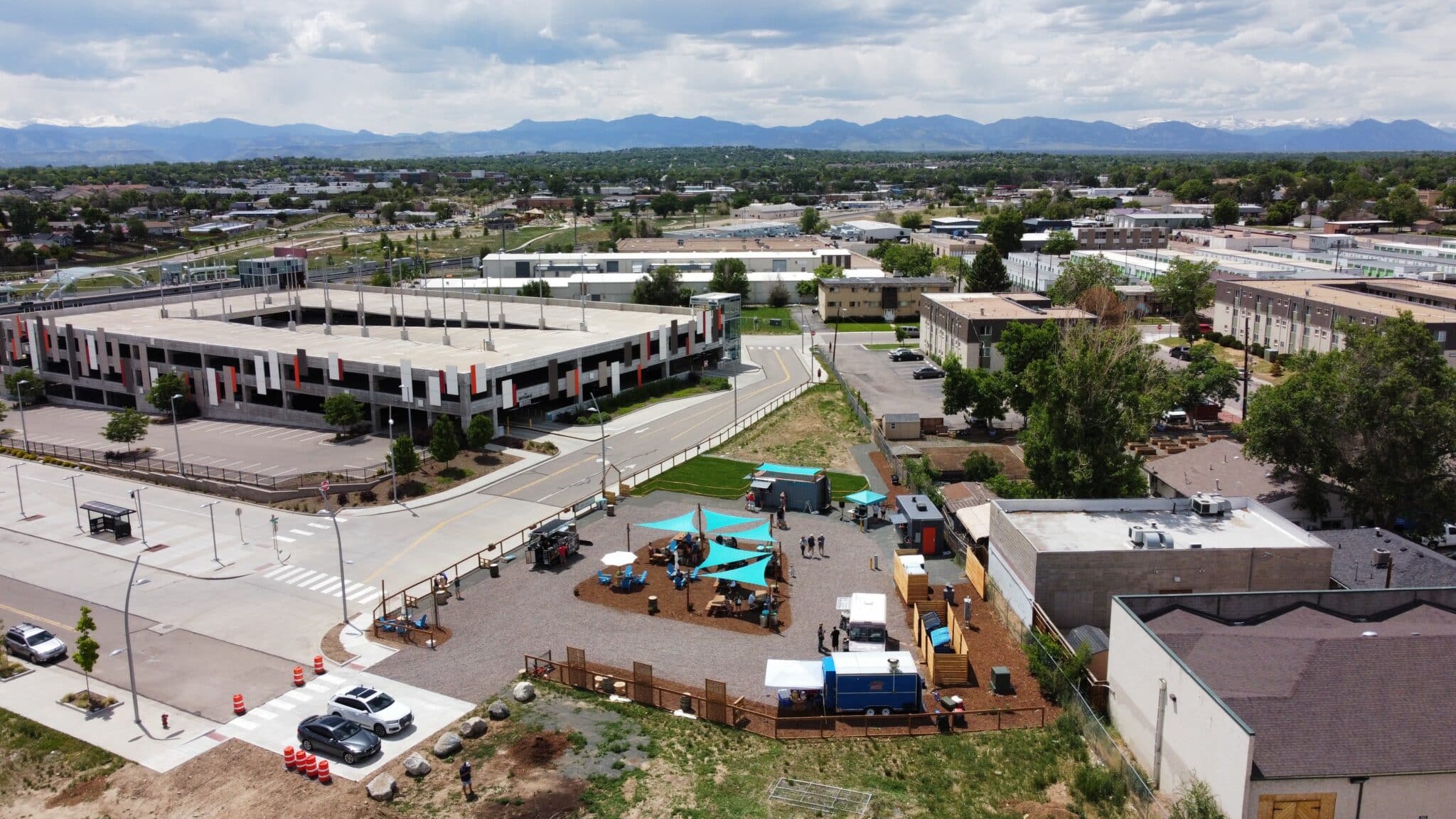 Run Westy Run opened in early June next to the Westminster RTD station.

Run Westy Run will have up to five rotating trucks on the weekends and two during the week, except for Mondays when it’s closed. The food truck park has four power pedestals that can hook up to a maximum of eight trucks, but any food truck can bring their own generator.

Sanchez and the Ranges have already booked 30 different trucks on the summer schedule, including White Rabbit Coffee, El Chuletazo Grill, The Dapper Doughnut, La Sandwichera de Puerto Rico and It’s All Greek To Me.

The Run Westy Run owners take a 10 percent commission from the food truck sales, according to Sanchez.

“If the trucks are making good food and money, we’re happy,” Sanchez said. “There were probably around 250 people who came to our grand opening on the weekend.” 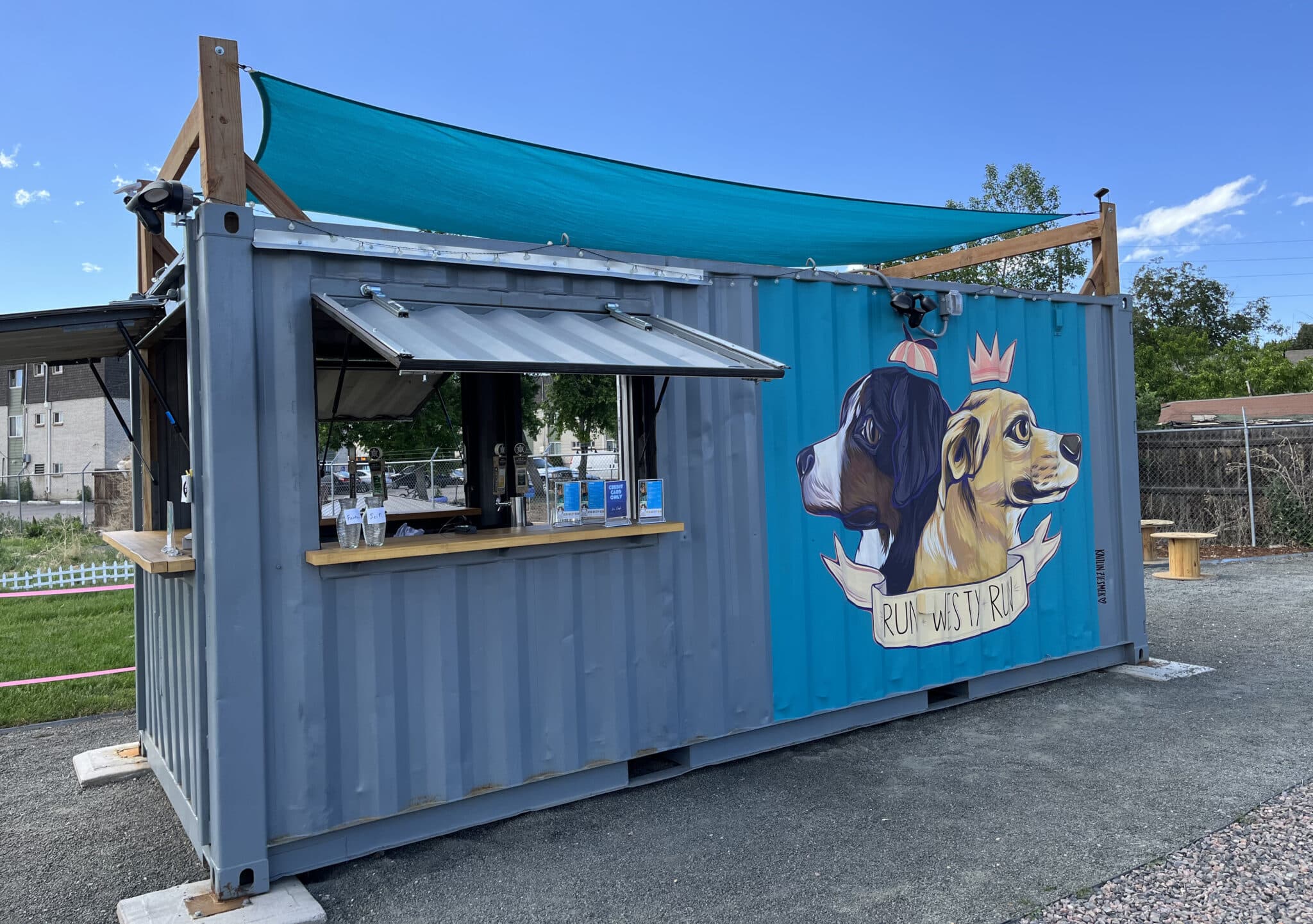 The food truck park has a bar in a shipping container on site.

Sanchez, 36, and the Ranges met through mutual friends. This is not their full-time gig. Sanchez works for Sage Hospitality, managing The Maven Hotel at Dairy Block; Jeffrey is a consultant in Boulder and Mary works in marketing.

The trio leased the property for five years last year. They plan to stay open year-round if possible and set up tents or heaters in the winter. They’ve self-funded the project and also received a grant from the city.

Eventually, Sanchez and the Ranges hope to make this their full-time job and purchase the land.

“If we can get through a few seasons and prove successful, we definitely want to quit our jobs, move on and become our own business owners,” Sanchez said. “This is my first business and Jeffrey’s second. I’ve always wanted to do something, I just didn’t know what it would be. But Jeffrey’s go-getter attitude has pushed me outside my comfort zone.”

Run Westy Run isn’t the only food truck park in the works in the Denver area. Emily Chaney and her husband Chris Rasmussen are getting ready to open Strong Island on a 20,000-square-foot lot in Wheat Ridge this summer.