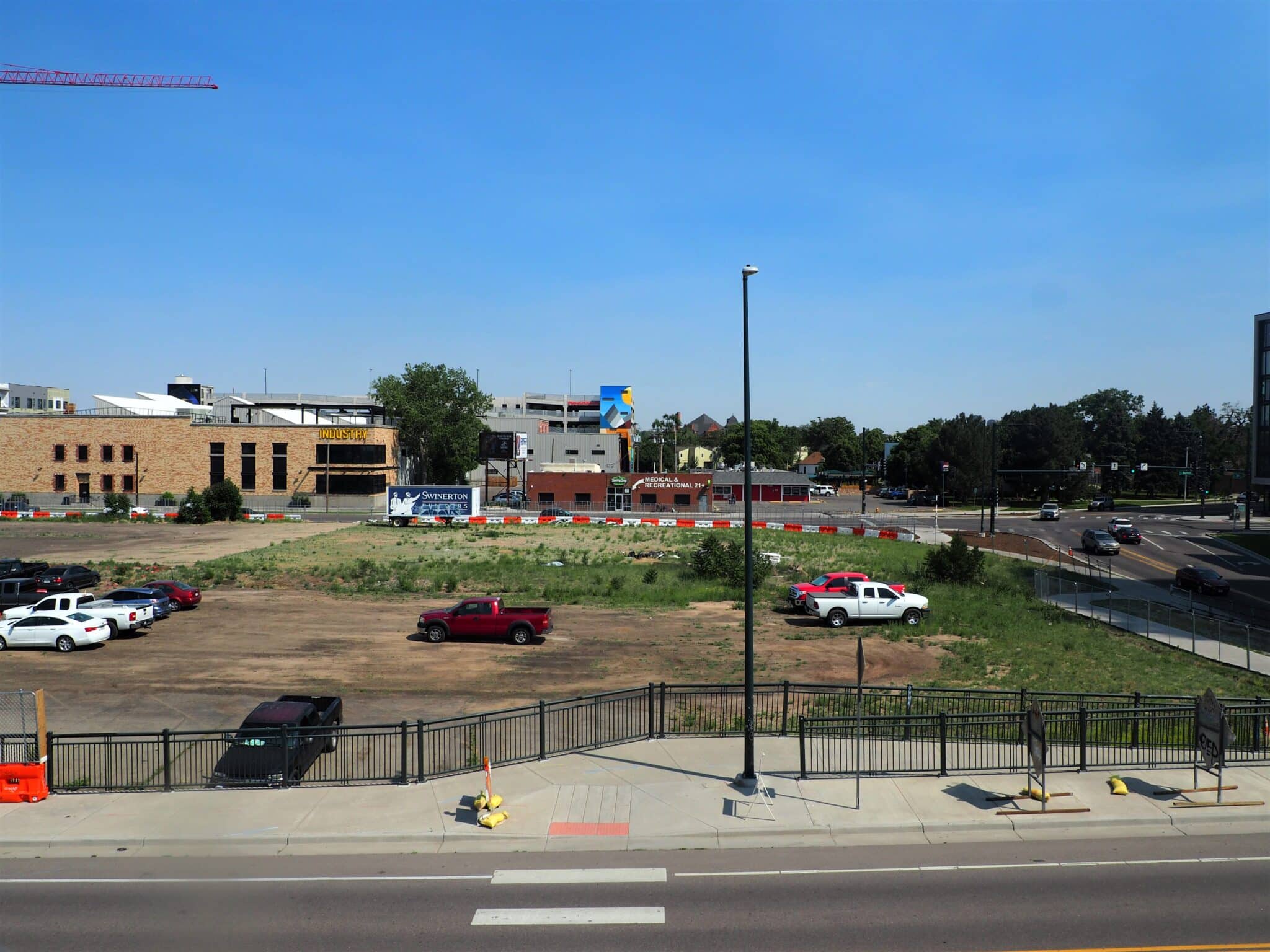 The development site for the project formerly known as World Trade Center Denver, as seen on Monday, June 14, 2022. (Matthew Geiger)

A planned hotel has checked out of RiNo.

The project formerly known as World Trade Center, which is being developed in part by Denver-based Formativ, is now slated to feature one office building and one multifamily building.

It was originally going to include an office building and a hotel.

An OZ Architecture staffer submitted an amended site development plan to the city last week for the project. The plans state that the multifamily building would be 17 stories and have 310 units.

The project in the 3800 blocks of Walnut and Blake streets, in the works since at least early 2016, has yet to break ground.

The project was previously referred to as World Trade Center Denver, because that trade association planned to lease a portion of the office space. But the association announced in March 2021 that it instead planned to relocate to Globeville because of “development delays and a change of scope” of the RiNo project. 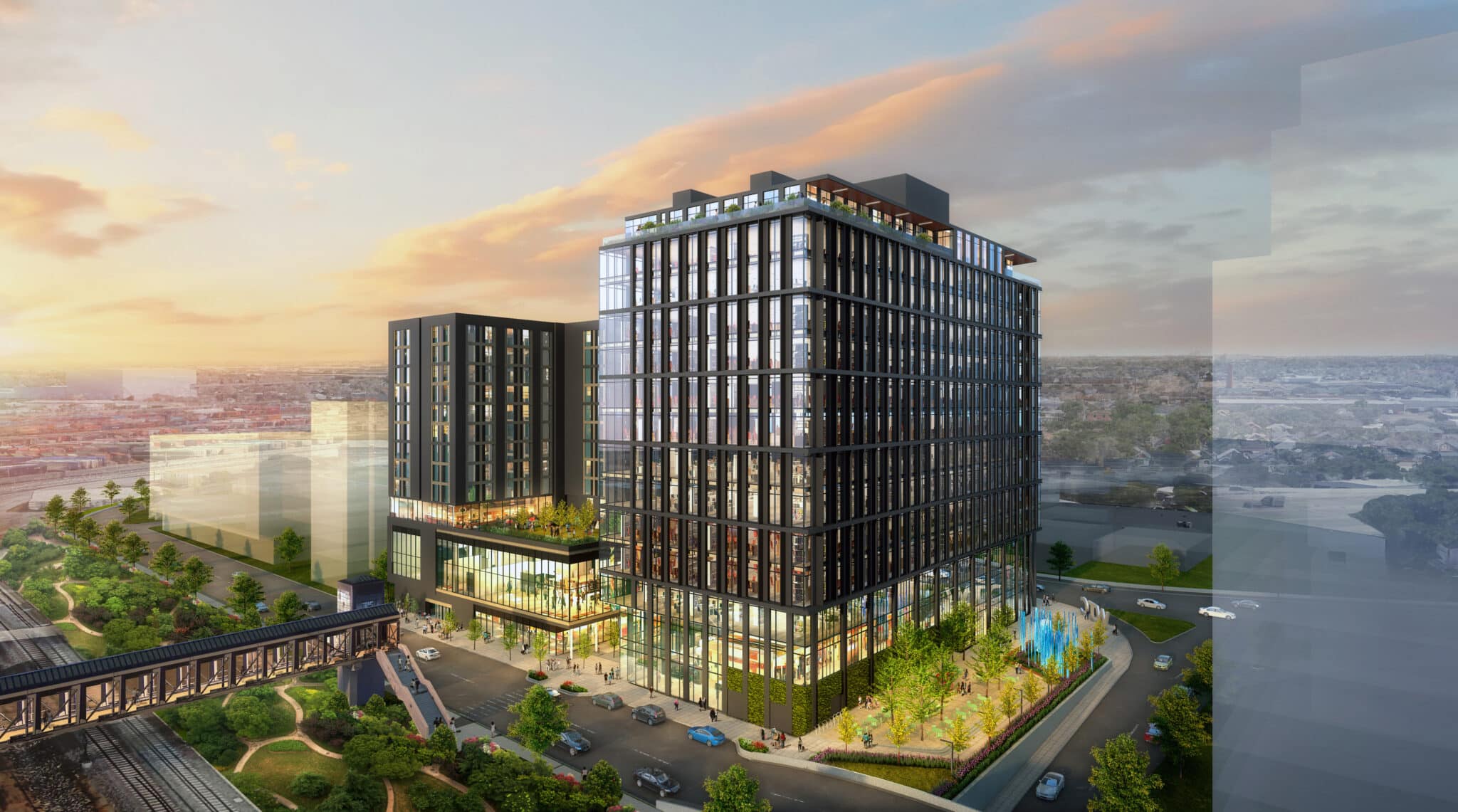 A rendering of the project formerly known as World Trade Center released by Formativ in 2019. (Courtesy Formativ)

Formativ executives did not respond to a request for comment on Monday. The company announced in June 2019 that it intended to develop the project’s office building with Chicago-based Golub & Co. It said it would develop the hotel building with Tennessee-based Kemmons Wilson Cos.

Kemmons Wilson did not respond to a request for comment. Michael Glazier, a Golub executive in Denver, said in an email the company is only involved with the project’s office building and parking garage; he didn’t respond to a follow-up question on the development timeline.

Property records show that ownership of the specific parcel where the multifamily building would be constructed was transferred in April from Denver WTC Hotel Owner LLC to 3850 Blake Owner LLC. Both entities list their office as Formativ’s headquarters. Alison Nestel-Patt, Formativ’s director of marketing, said in April that the ownership transferred because “we have recapped the land.”

The area around RTD’s 38th and Blake rail station is one of the city’s hotspots for redevelopment.

The development site for the project formerly known as World Trade Center Denver, as seen on Monday, June 14, 2022. (Matthew Geiger)

The development in the 3800 blocks of Walnut and Blake streets will now include an office building and a 17-story multifamily building with 310 units.