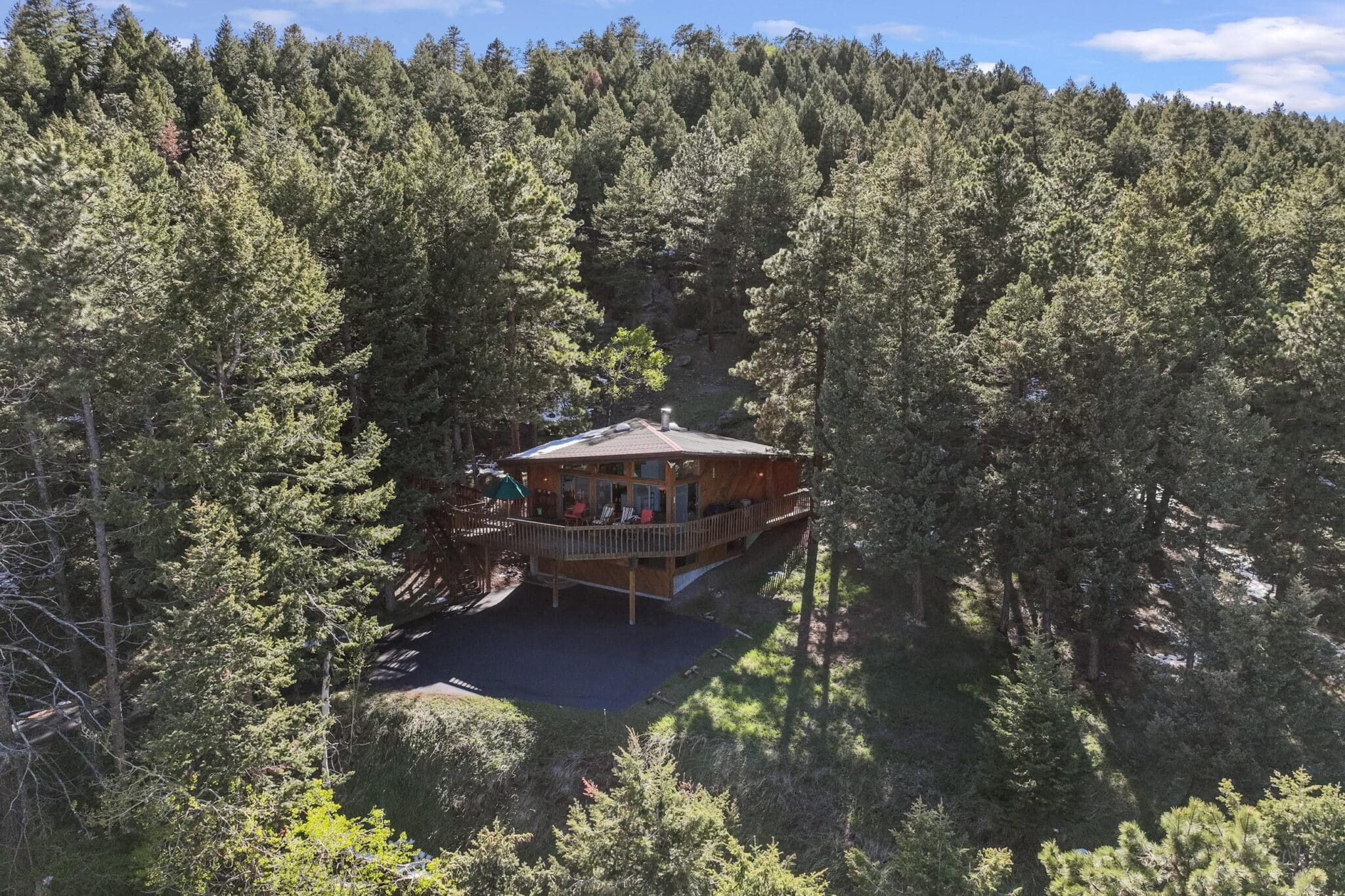 The secluded home in Evergreen is surrounded by mature pine trees. (Photo courtesy of Oatis Green)

In 1980, Sylvestor Stallone flew to A. Thomas Schomberg’s home in Evergreen to pose for the famous bronze Rocky Balboa statue.

Stallone was there less than a day, flying in in the morning and leaving at night, but their meeting was intense, Schomberg said. 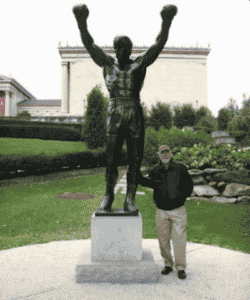 A. Thomas Schomberg stands next to his original Rocky statue at the Philadelphia Museum of Art. (Photo courtesy of Schomberg Studios)

“In the morning, we discussed and critiqued what I had done, then we had lunch, and in the afternoon he modeled for me and there were no distractions,” Schomberg said. “You can’t walk up to the house and stand on the deck and not be a little bit inspired or awed. We got right to work.”

Now, 42 years later, Schomberg and his wife Cynthia are selling their 3,308-square-foot home at 4923 Snowberry Lane. The list price is $1.5 million.

The Schombergs purchased the three-acre lot in 1976 and the next year built the home, which features a main residence with three bedrooms and two bathrooms, a 400-square-foot detached studio, where Thomas worked on the Rocky sculpture, a 377-square-foot detached office and a detached garage with a workshop.

The home, studio and office are connected by decks and walkways among mature pine trees, according to the listing.

“I designed it so that we would not be abusive to the environment,” Schomberg said. “It goes into the forest, and sadly you probably couldn’t build what we did because of fire restrictions now. We walked from one building to another through the forest.”

Three of Schomberg’s sculptures that stand on the grounds of the property will also be included in the sale, according to listing agent Lee Merreot with Compass. 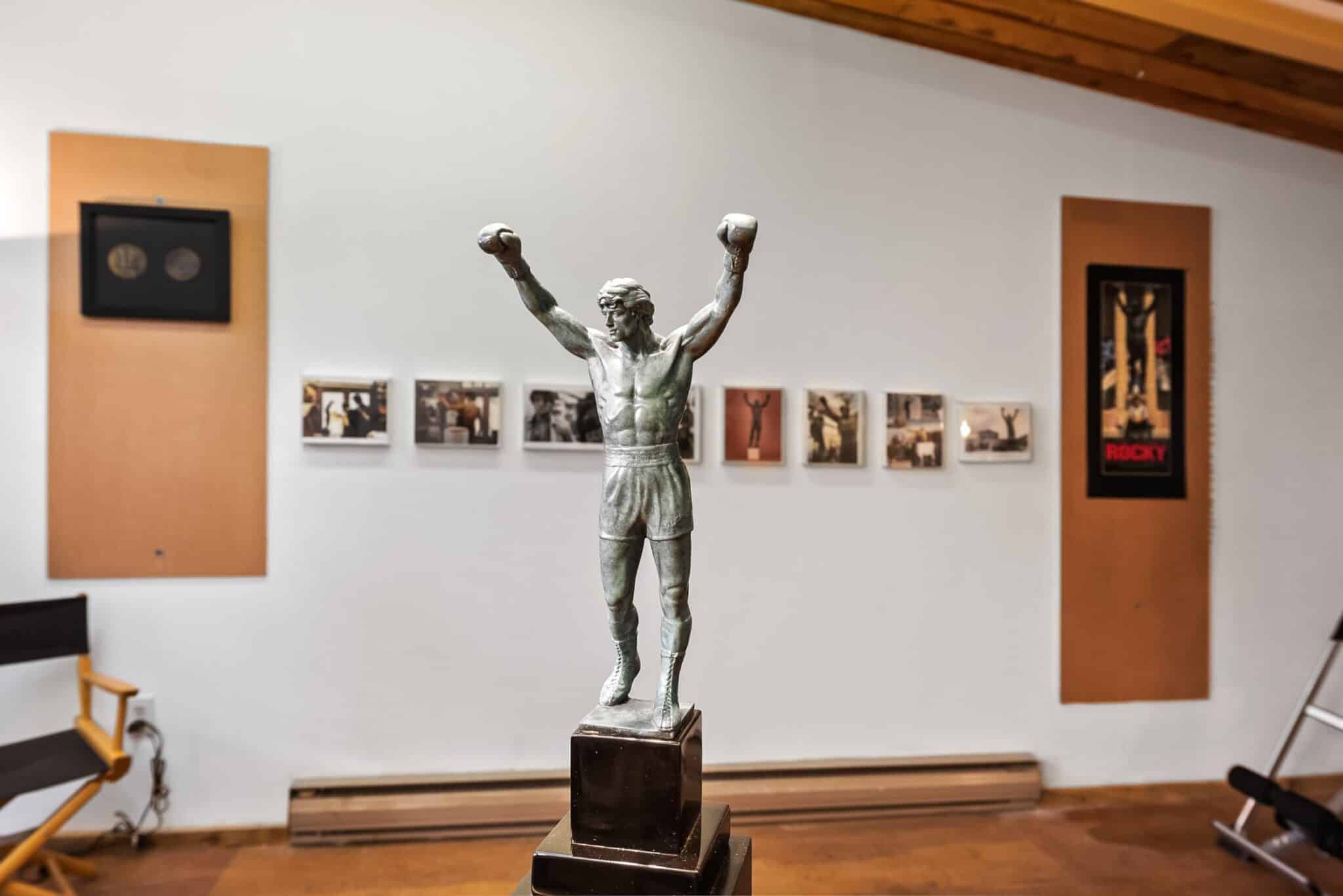 Schomberg has a miniature version of the Rocky statue in his studio, where he worked on the piece. (Photos courtesy of Oatis Green)

The Schombergs have been spending less time at their primary residence in Evergreen and are currently living in Palm Springs, California.

“We’ve been there almost four and half decades, and we’re still very attached, but we need change,” Schomberg said. “We look at our lives a bit more metaphysically as artists, and the two geographic regions that people always talk about are mountains and the sea. And obviously, we are working more toward the sea.”

Stallone commissioned Schomberg to build the Rocky statue for the movie Rocky III after collecting some of the sculptor’s previous work. The statue depicts Rocky, the lovable underdog, in a classic contrapposto pose and ultimately became a symbol of inspiration. 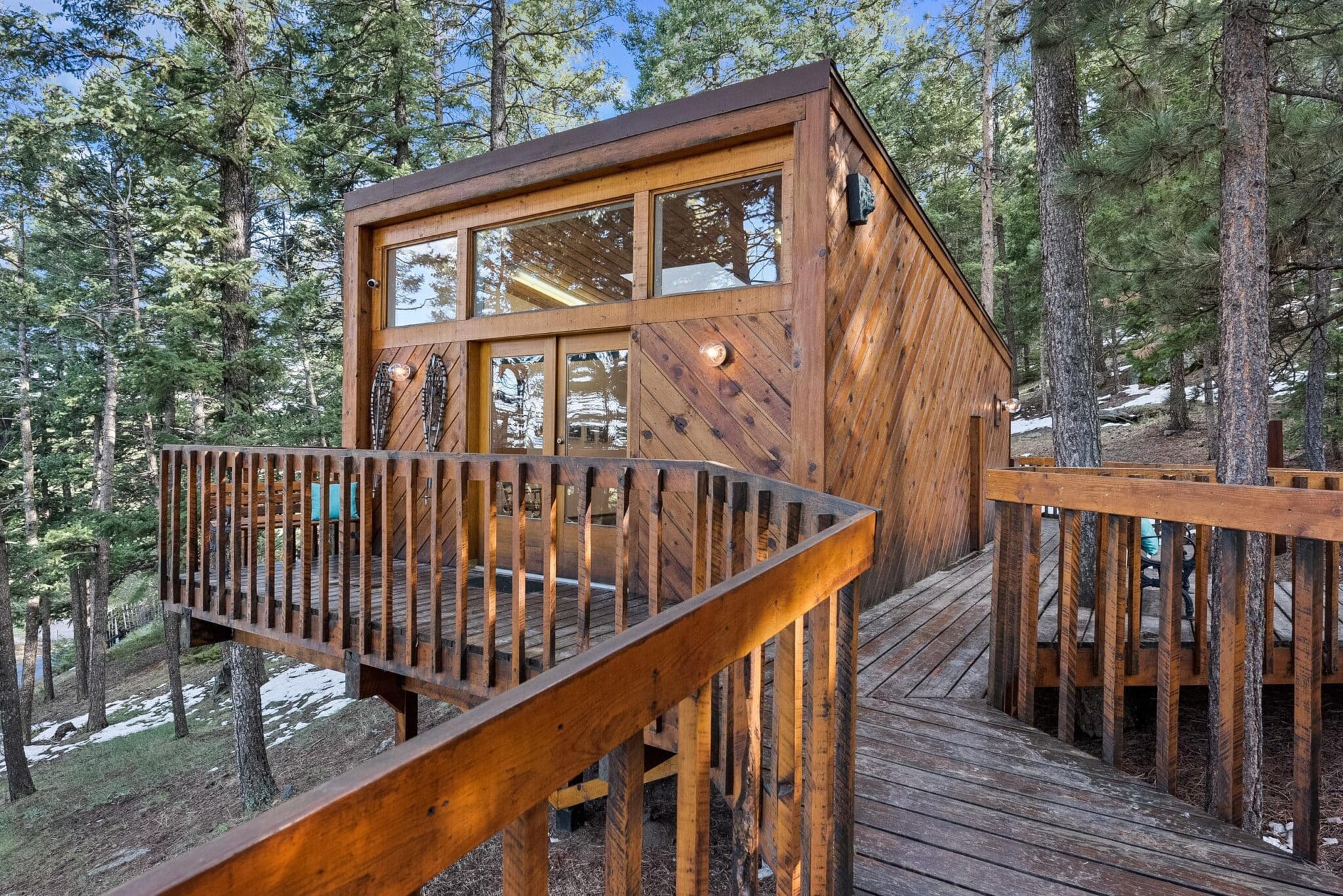 Each of the detached buildings are connected by decks and walkways.

“By Rocky III, Stallone had a full-time trainer and was in incredible shape, but I had modeled the statue more like the heavyweight boxer he appeared as in Rocky I, so we had to do a little weight reduction quickly,” Schomberg recalled.

The original statue was donated to the Philadelphia Museum of Art, where it stands on the outside steps. Stallone has another in his private collection, and a third is for sale and available for viewing at Schomberg’s studio in Denver.

“I have a lot of friends and I was doing it in a big studio because this was a large piece,” Schomberg said. “Friends would come by and see what I was doing, but nobody could come in the studio unless they picked up a modeling tool and started working.” 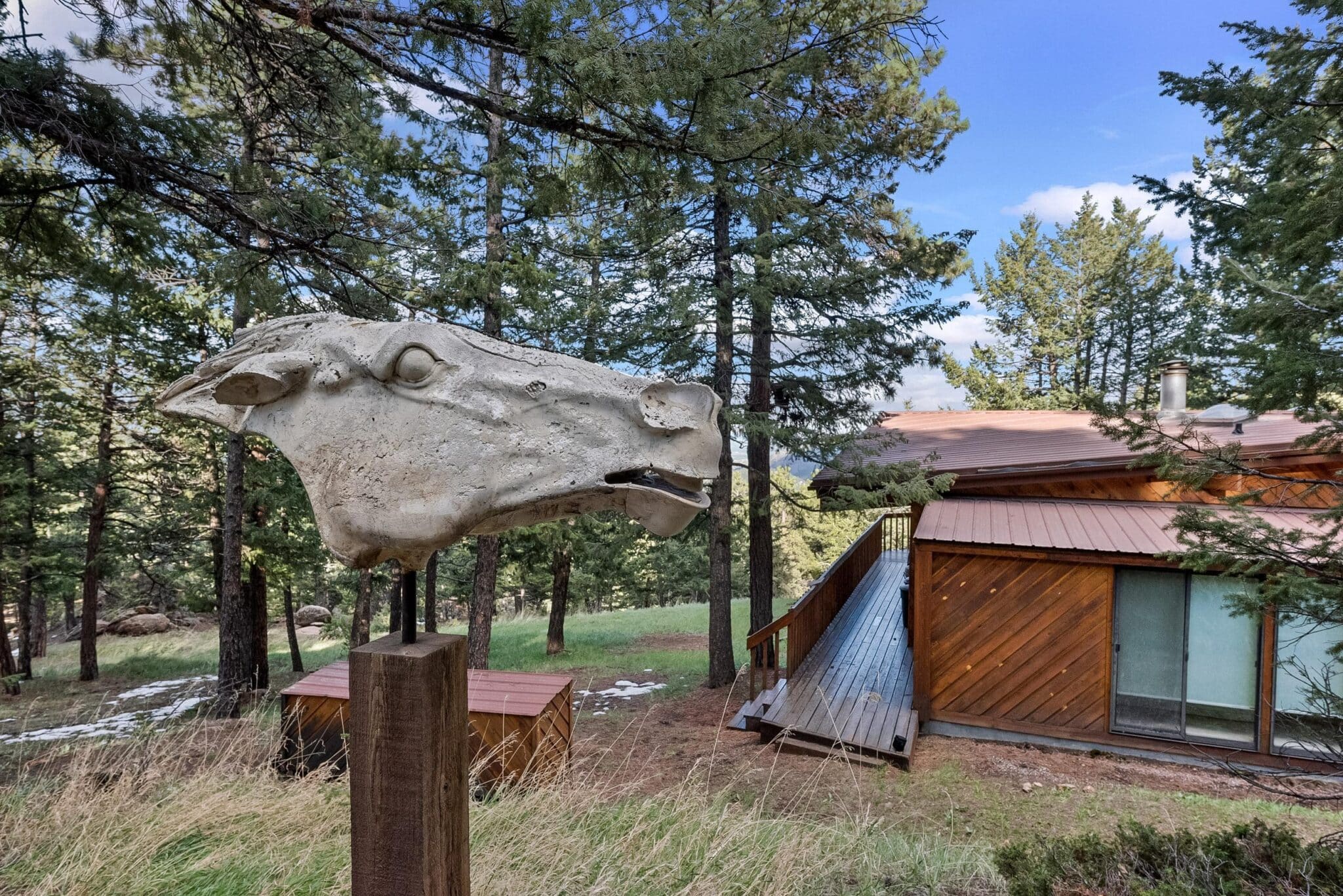 Three of Schomberg’s works will be included in the sale.

Schomberg, now 79, is currently working on his 9/11 Sculpture Series, which he started in Evergreen shortly after the tragedy. It features sculptures that depict vignettes of human emotion from the event.

He imagines an artist, much like himself, purchasing his home.

“Someone who can appreciate the solitude like we did,” he said.

The secluded home in Evergreen is surrounded by mature pine trees. (Photo courtesy of Oatis Green)

Sylvestor Stallone posed for A. Thomas Schomberg at the home in 1980. The statue was donated to the Philadelphia Museum of Art.