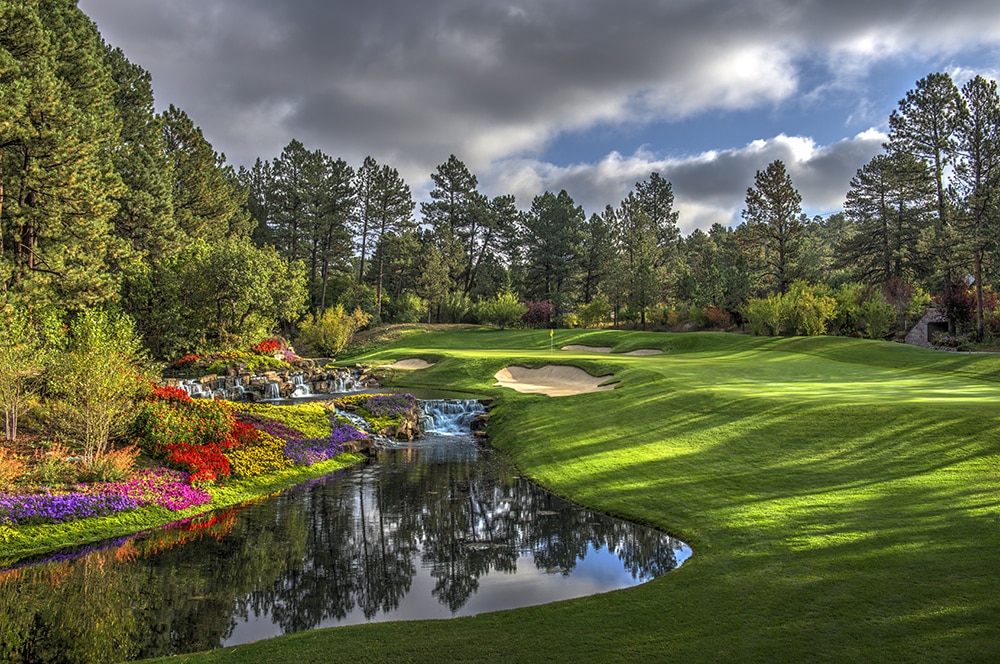 Earlier this month, the PGA Tour announced it would be hosting the BMW Championship at Castle Pines Golf Club in 2024.

It’ll be a 10-year gap between PGA tour stops in Colorado. Cherry Hills Country Club hosted the BMW Championship in 2014.

Brothers and golf boosters George and Geoff “Duffy” Solich started working on bringing the highest-level of professional golf back soon after that last tournament wrapped up, building on relationships they made in 2014.

Both brothers are members at Castle Pines, where George is chairman and president. Duffy, who is chairman of the 2024 BMW tournament, said he’s particularly proud of the funds the tournament raises for the Evans Scholar program, which sends caddies to college on full scholarships. Both he and his brother earned Evans Scholarships to the University of Colorado and attribute their success to them.

The course, meanwhile, will be more challenging than when the PGA last played a tournament at Castle Pines in 2006.

“Every hole was touched over the last few years to bring the course back to a more modern, tournament-ready course,” Duffy said. “The PGA has a lot to say about how it looks and plays, as does our designer, Jack Nicklaus.”

The BMW Championship is the second-to-last stop on the FedExCup and reserved for the tour’s top 70 players.

Castle Pines GM Keith Schneider said the club is investing $25 million to $30 million into the course and expects to wrap up work this winter. Four green locations were moved and the course added 400 yards to challenge the prodigious length of the top pros. The course will play more than 8,000 yards.

“Because we own a lot of the land, we had the opportunity,” said Schneider, who has worked at Castle Pines for 40 years and previously worked at Muirfield Village, a Jack Nicklaus course in Ohio. 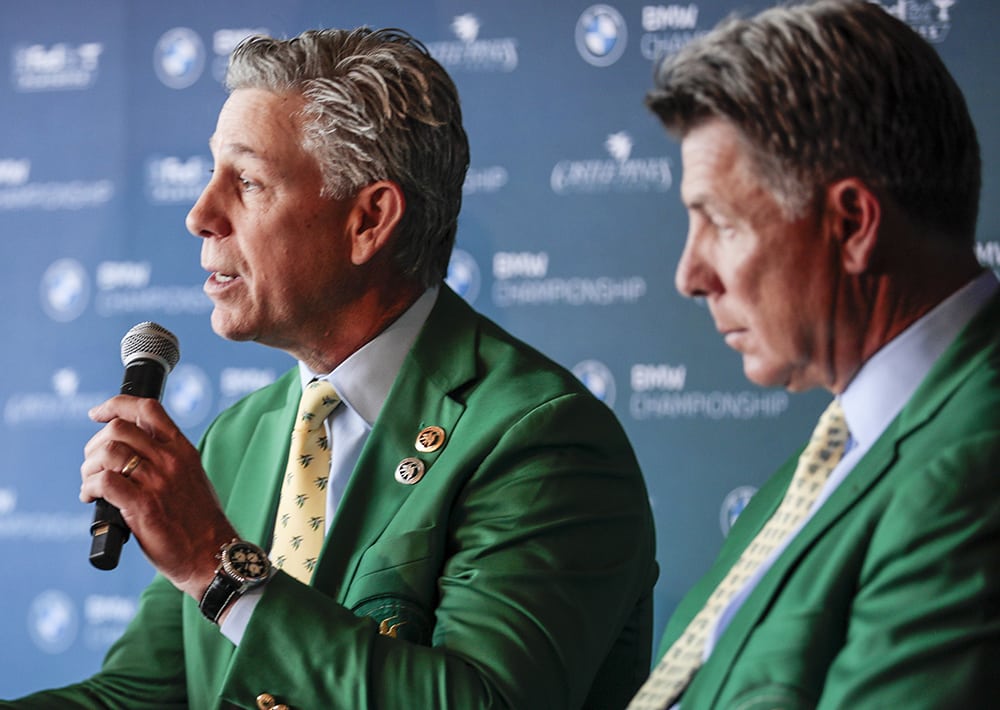 George and Geoff “Duffy” Solich at the May 11 press conference announcing that the BMW Championship will be held at Castle Pines Golf Club in 2024.

“We totally rebuilt every water feature on the golf course — the ponds and the streams. We have water on 11 holes on the course,” Schneider said. “They were leaking, and we lined them all properly. And enhanced a lot of the little streams to make them more a part of the golf course.”

Schneider said the greens were regrown with a newer variety of bent grass and the fairways will be more challenging to hold.

“We’re putting 50 tons of sands to top dress the fairways for the next couple of years to play firmer and faster. If golfers hit it and it stays where it hits, it’s like throwing darts. If the fairways are firm, the ball might roll through the contours and into the rough. It adds a variable and more strategy to the game.”

The course, which opened in 1981, also placed new bunkers where the pros might try to land a tee shot.

“The members can’t get there, and the fairways are wider before the bunkers,” Schneider said. “The fairways might be 30 to 45 yards wide for members and 25 yards wide where the pros will hit it.”

“Jack (Nicklaus) is big about not just making the course longer, but also positioning bunkers where the pros land the ball. Some might be deeper and, if you hit in them, you may not be able to get to the green.”

Schneider said the PGA tour wants this particular tournament to be a little bit more challenging than a typical tournament.

“That comes by firmness (of the turf),” he said.

“We lost the title sponsor (Sprint), and we couldn’t not find one in time,” said Schneider, adding that he hopes the BMW will make a periodic stop at Castle Pines every four or five years.

“Every hole was touched over the last few years to bring the course back to a more modern, tournament-ready course,” said the 2024 BMW Championship chairman.