Orlando Franklin has found a passion off the football field — flipping homes.

Franklin bought the home with his wife Kiaana for $3.1 million last September, according to property records, and spent the last eight months upgrading the property. 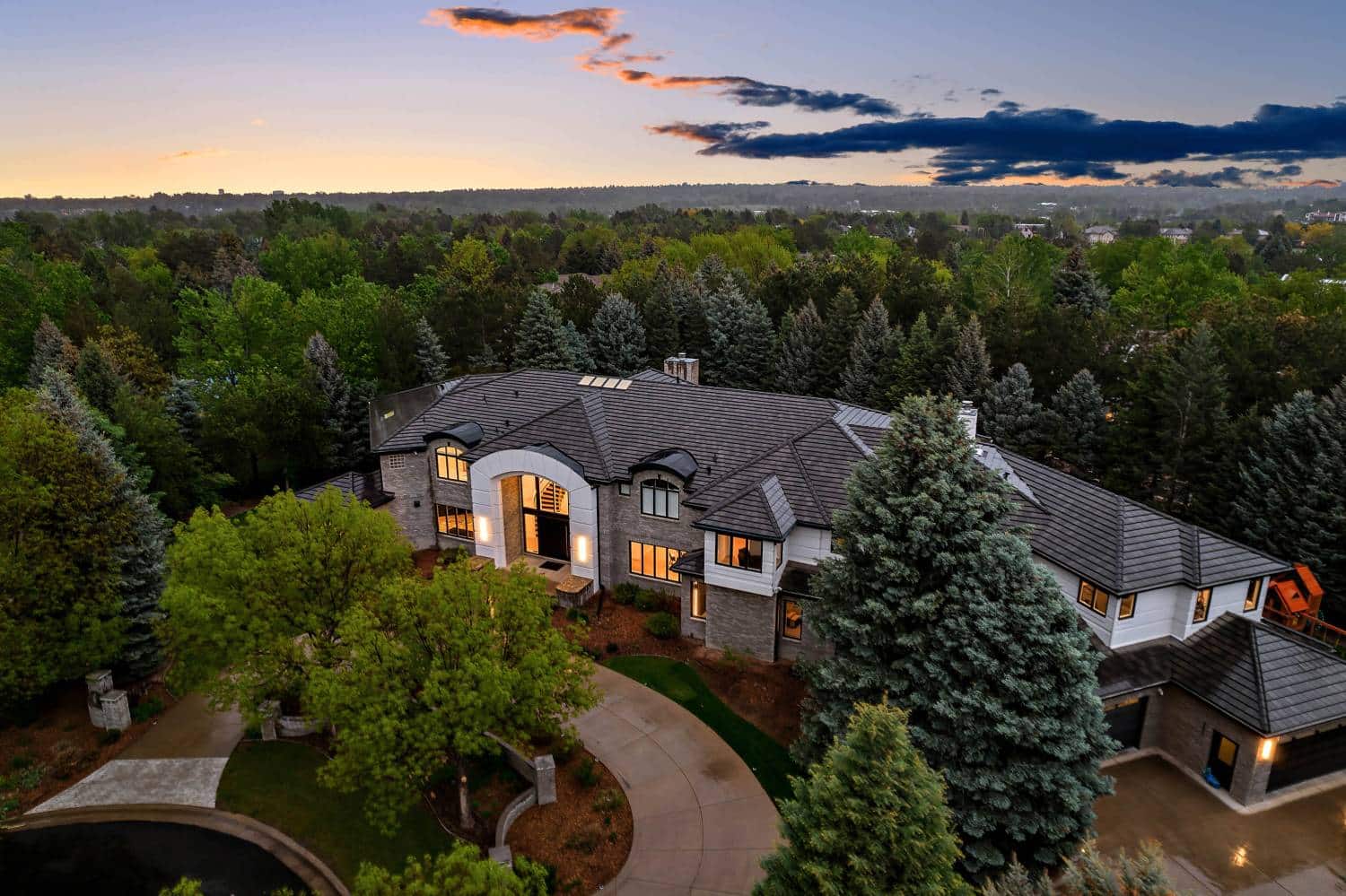 Orlando Franklin is selling his home after purchasing it for $3.1 million in September. He spent the last eight months renovating it. (Photos courtesy of LIV Sotheby’s International Realty)

“This house was never a property that I viewed as a long-term home,” Franklin told BusinessDen. “It was just something I looked at as a very fun project. I wanted to bring California and Miami to Colorado, so that’s why I bought it.”

Franklin designed the remodeled home and tore it down to the studs. He said it now features a 3,000-square-foot primary bedroom, a dual glass-encased staircase, a full bar with a shark tank, three laundry rooms, an entertainment room with a golf simulator, a bathroom with real Versace tiles, a soundproof theater and a 180-bottle wine cellar.

He put in a Savant Smart Home system that can control the TV, doors, security, shades and more from a phone. 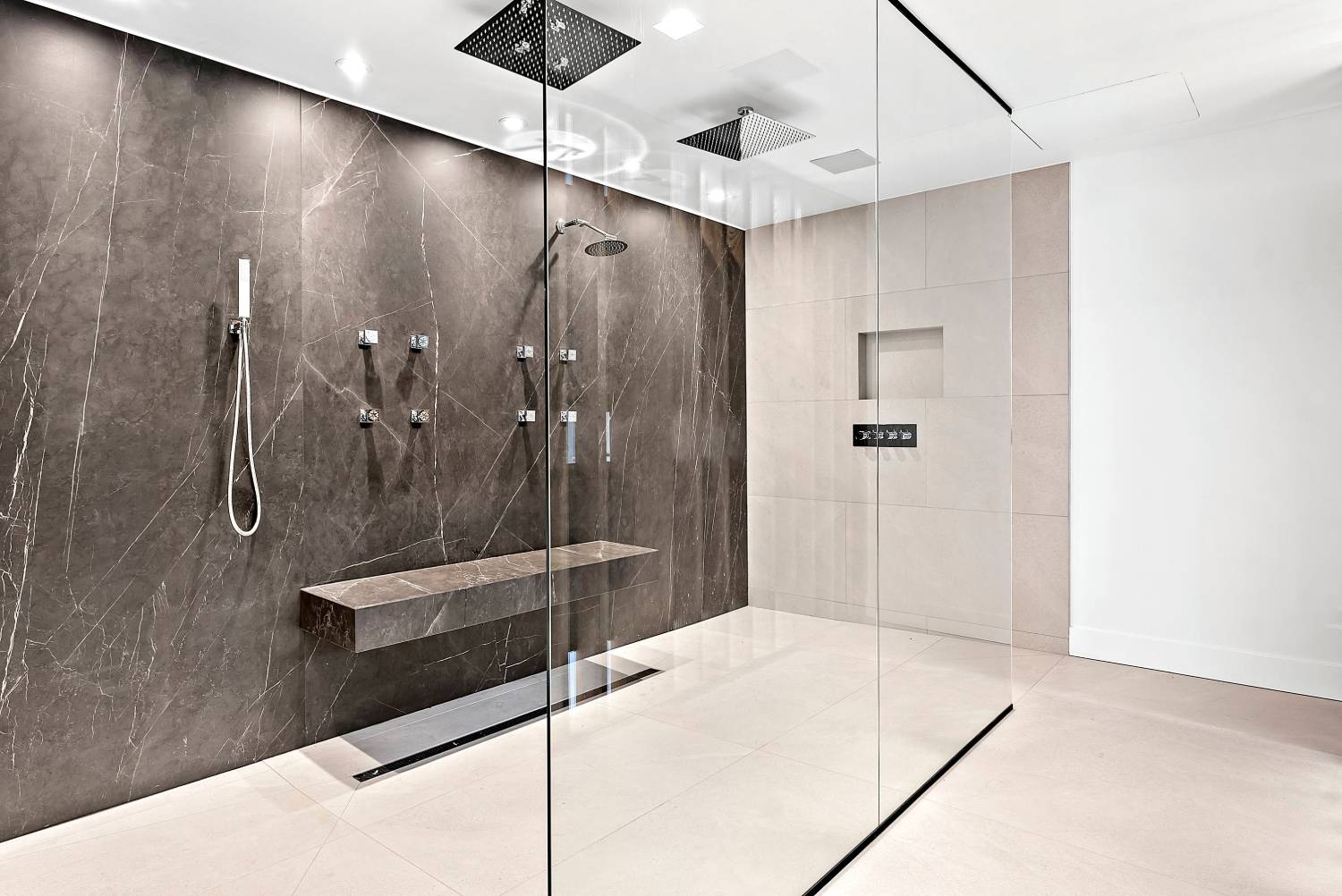 Franklin’s favorite feature is a shower with a TV that can fit up to 10 people.

“My favorite part of the home is being able to watch TV in my shower, which could fit up to 10 people,” Franklin said.

Franklin lived in California during the home’s renovation, coaching for the San Francisco 49ers.

Delroy Gill and Stuart Crowell with LIV Sotheby’s International Realty are marketing the property for sale. 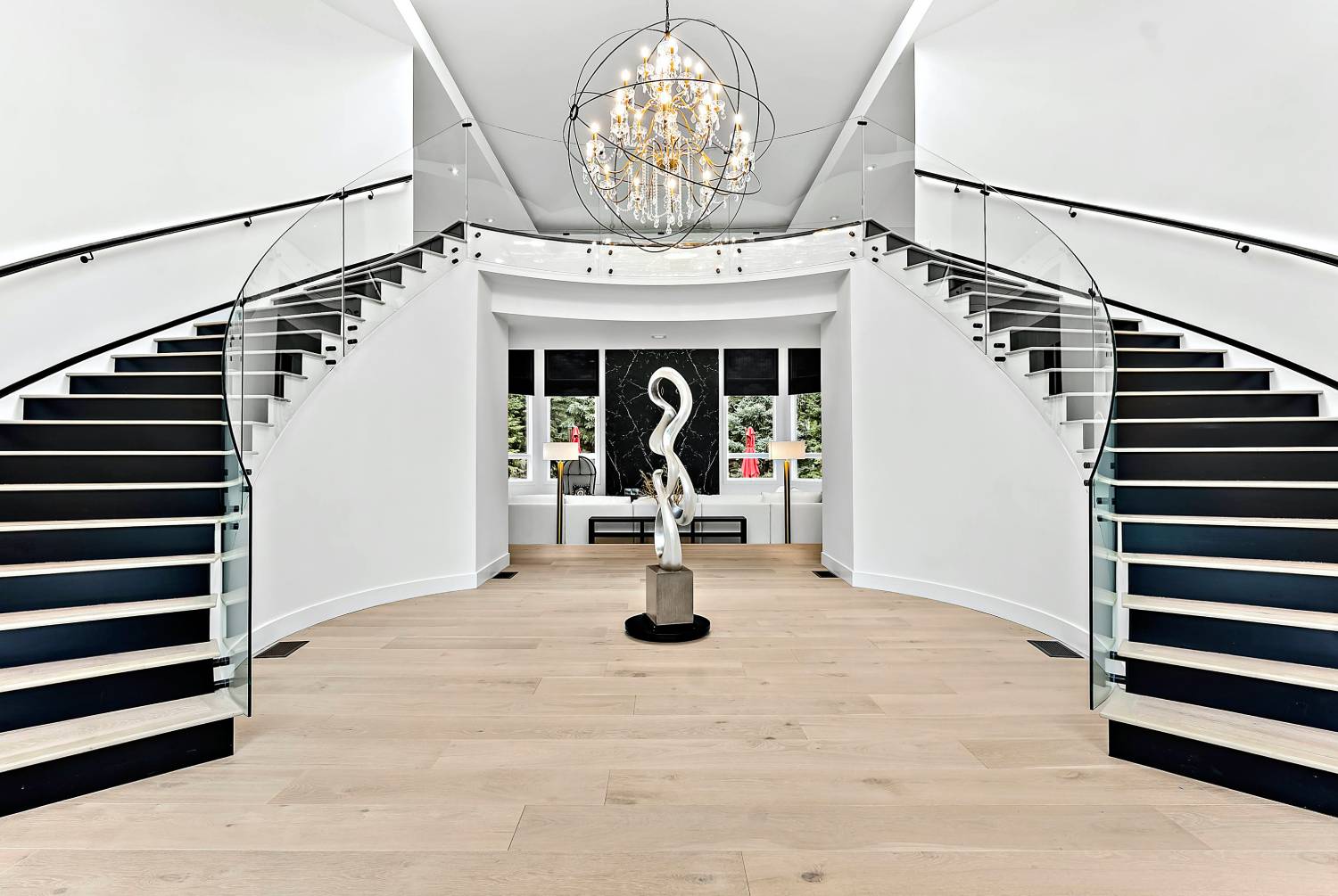 Guests are greeted by a dual glass-encased staircase.

Franklin also recently sold a home he remodeled at 41 Cherry Hills Farm Drive in Cherry Hills Village for $4 million, according to property records. Franklin purchased it for $2.6 million in 2019 and listed it for $4.3 million in July after spending two years renovating the modern farmhouse.

Franklin started investing in real estate when he got drafted by the Denver Broncos in 2011. His cousin owned a construction company that he invested in, and they started working together. That’s how he learned how to read blueprints, he said.

“I’ve flirted with the idea of getting my general contractor’s license and starting my own business, since I’ve been doing it for friends and family over the years,” Franklin said. “I don’t look at a house like the average human.”

Franklin said he’s renovated five homes since living in Colorado. He sold one of the homes, which he thought was going to be his family’s permanent residence, to Broncos cornerback Kareem Jackson in 2019 for $3.2 million, according to property records. 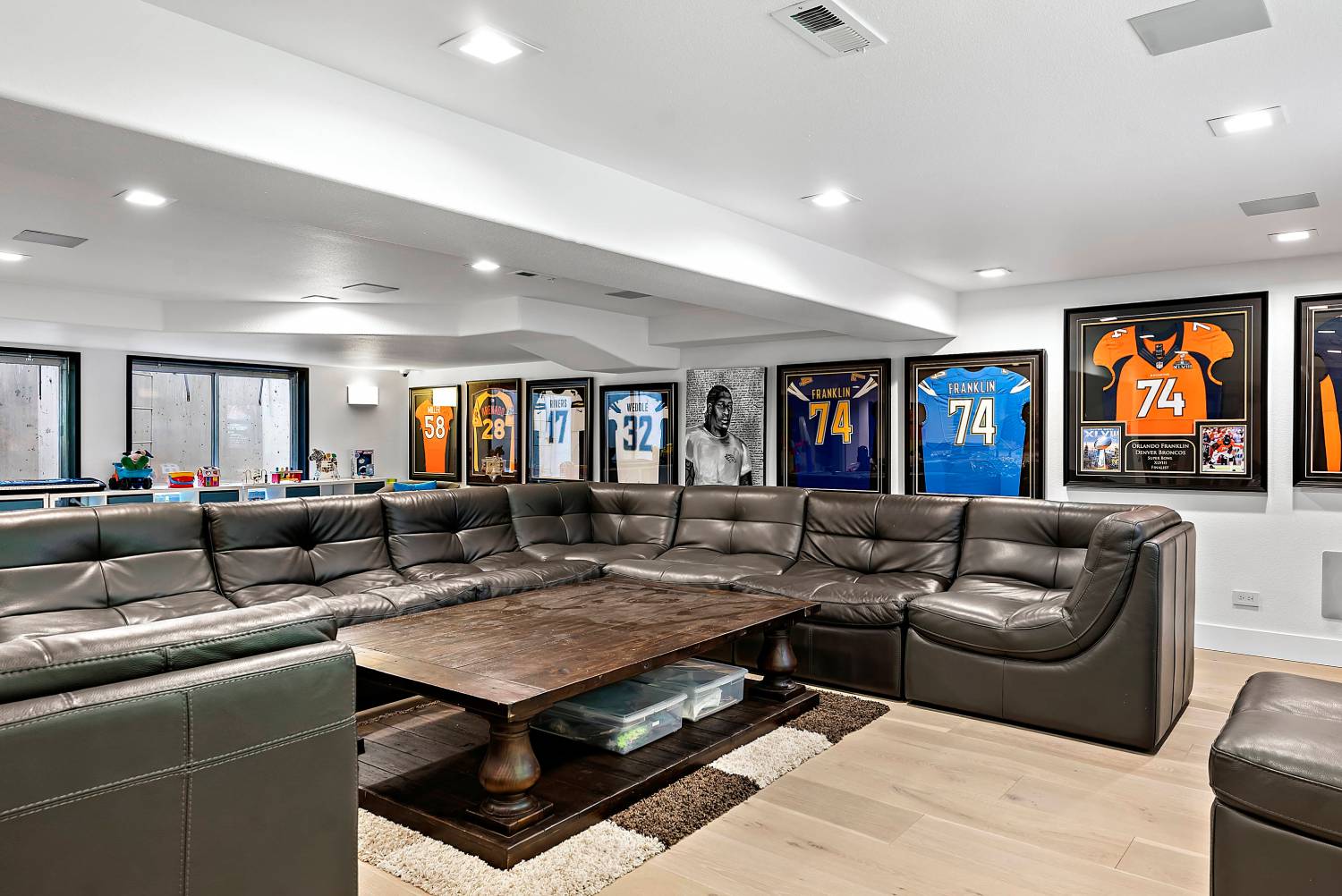 Franklin has his memorabilia hung throughout the basement.

Now, Franklin and his family are on the search for their forever home, or rather, Franklin’s next project.

“I’m always looking for my forever home, he said. “I’m just waiting for the right one to fall in my lap.”

“My favorite part of the home is being able to watch TV in my shower, which could fit up to 10 people,” said Orlando Franklin, a retired offensive lineman.