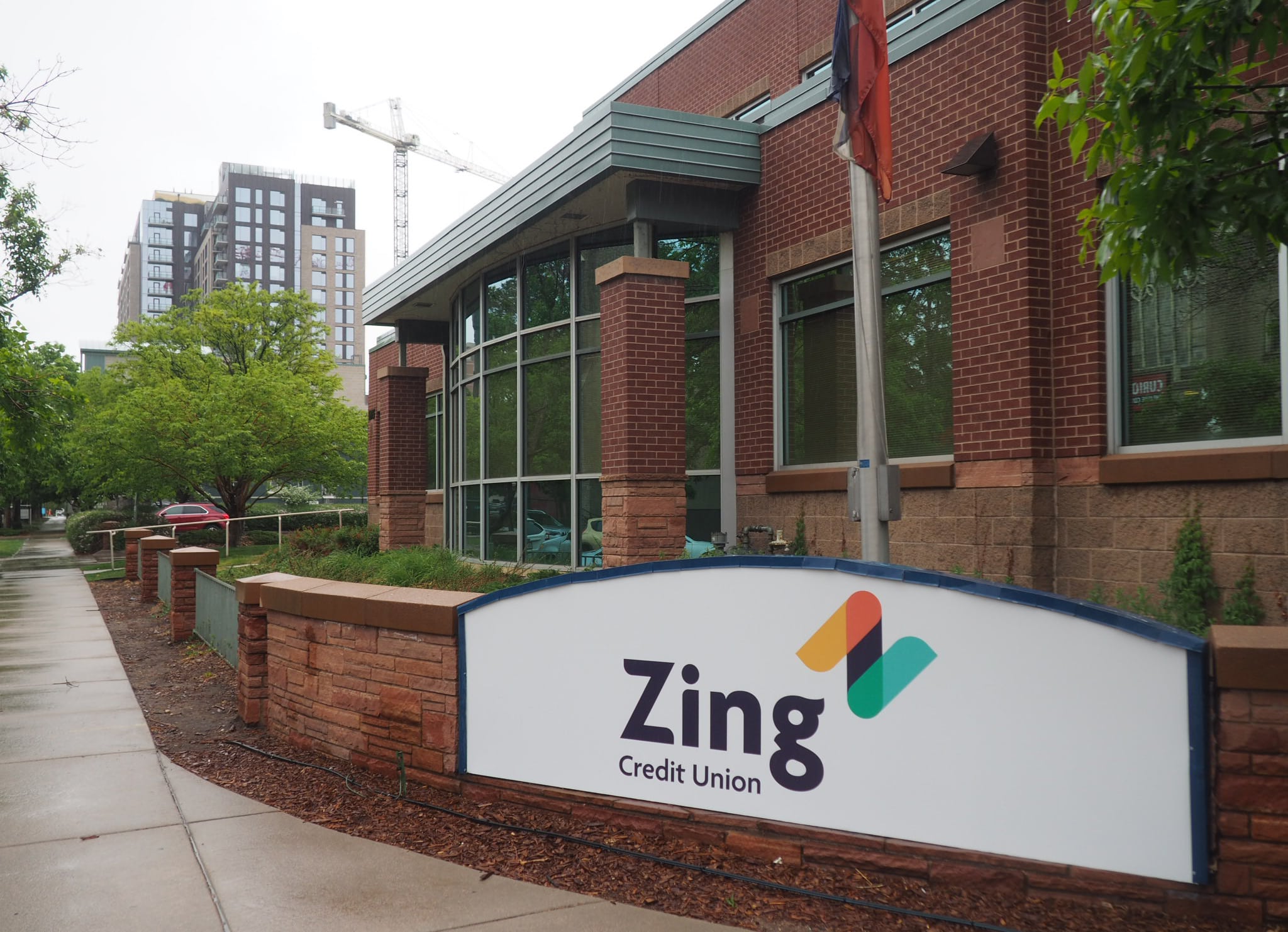 In the 1962 Marvel comic book Gunsmoke Western #69, the writer Stan Lee used a cartoonish onomatopoeia to convey the dramatic sound of a cowboy’s bullets ricocheting off walls: ZING!

Sixty years later, a credit union in Denver is using the same word to convey its “fresh vibrancy.”

“I understand the shock at the name, I truly do,” said Helen Gibson, a vice president at what was once Denver Community Credit Union and is now Zing Credit Union, in a video message to members. “When I first heard the concept in 2019, I had the same reaction: This is different.”

In a series of videos explaining the change, Zing marketing employees describe the new name as “really out there,” from “far left field” and say it sounds “like a fizzy soda.” They also note that “a lot of members out there are disappointed” Denver was stripped from the institution’s name.

The credit union, founded in 1934, began looking for a different name in 2017. It hired an expert, heard from focus groups, conducted research and considered hundreds of options. One thing became clear: get Denver out of the name, despite five of its six branches being in the city.

“Person after person told us that if they lived outside the city and county of Denver, they didn’t feel like they could join the credit union without jumping through hoops,” Gibson said in another video to members.

She added, “There’s just a lot of location-focused names out there. We’ve been through a tough couple of years and we believe that we’re ready for fresh and new.”

Zing is “short” and “imbued with energy,” according to Jeffry Pilcher. Pilcher was an industry consultant who worked on about 50 bank and credit union renamings before starting The Financial Brand, an industry media outlet. Pilcher, who is also the co-author of “A Credit Union Guide to the Name Change Decision,” had no role in the Zing Credit Union rebranding.

Obvious names like Denver Community Credit Union are boring, Pilcher said. “And banks (and credit unions) are already boring enough as it is. By picking a name like ‘Zing,’ this credit union is going to attract attention and make it easier to differentiate its brand.”

The federal credit union system was created by Congress in 1934 and many of the earliest credit unions that followed were named for the employees, towns or cities they catered to. Since credit unions today are less exclusionary, many have changed their names accordingly.

“Intuitively, we knew (and you told us!) that our brand identity had not caught up with the rest of our organization,” the credit union’s website states.

In Boulder, the University of Colorado Federal Credit Union was founded in 1952 to provide banking services for CU faculty and staff but has since changed to Elevations Credit Union. (Last month, a federal judge ruled it can’t trademark the name, a victory for Utah-based Elevate Credit Union. Elevations had sent a cease-and-desist letter to Elevate, prompting a lawsuit.)

In Aurora, Members Federal Credit Union deviated from an industry trend away from city names when it changed to Aurora Credit Union. It was founded in 1968 by City of Aurora employees.

In some cases, a credit union’s renaming fits neatly with its past. Coors Credit Union, founded in 1954 by eight employees of the brewery, changed in 2017 to the beer-themed On Tap Credit Union “in order to be more inclusive while preserving our heritage.”

Some credit unions never change their name. Colorado’s largest credit union, Ent Credit Union, was named for the former Ent Air Force Base in Colorado Springs, home to its first location. The base closed 46 years ago but the credit union now has 430,000 members and 40 branches.

As for Zing, Pilcher, the industry expert, says the credit union was right to do something unique.

“Everyone’s favorite brands are cool specifically because they zig (or Zing!) when everyone else zags. Branding is about standing out, not blending in. Picking a lame, obvious, meaningless, and/or descriptive name is a sure-fire formula to hobble your brand from the get-go; you’ll just have to spend that much more money and work that much harder to stand out,” he explained.

He said “people get so freaking wound up about this … and it’s a little bizarre.” Within a few years, members of Zing Credit Union could come to love the name, Pilcher predicted.

“Change is hard, uncomfortable, even painful. But hey, it happens. So, people of Denver, go easy. It’s just a word. There are 50,000 other things more important to get bent out of shape over.”

“I understand the shock at the name, I truly do,” said a VP at the former Denver Community Credit Union. An expert said the old name was boring.