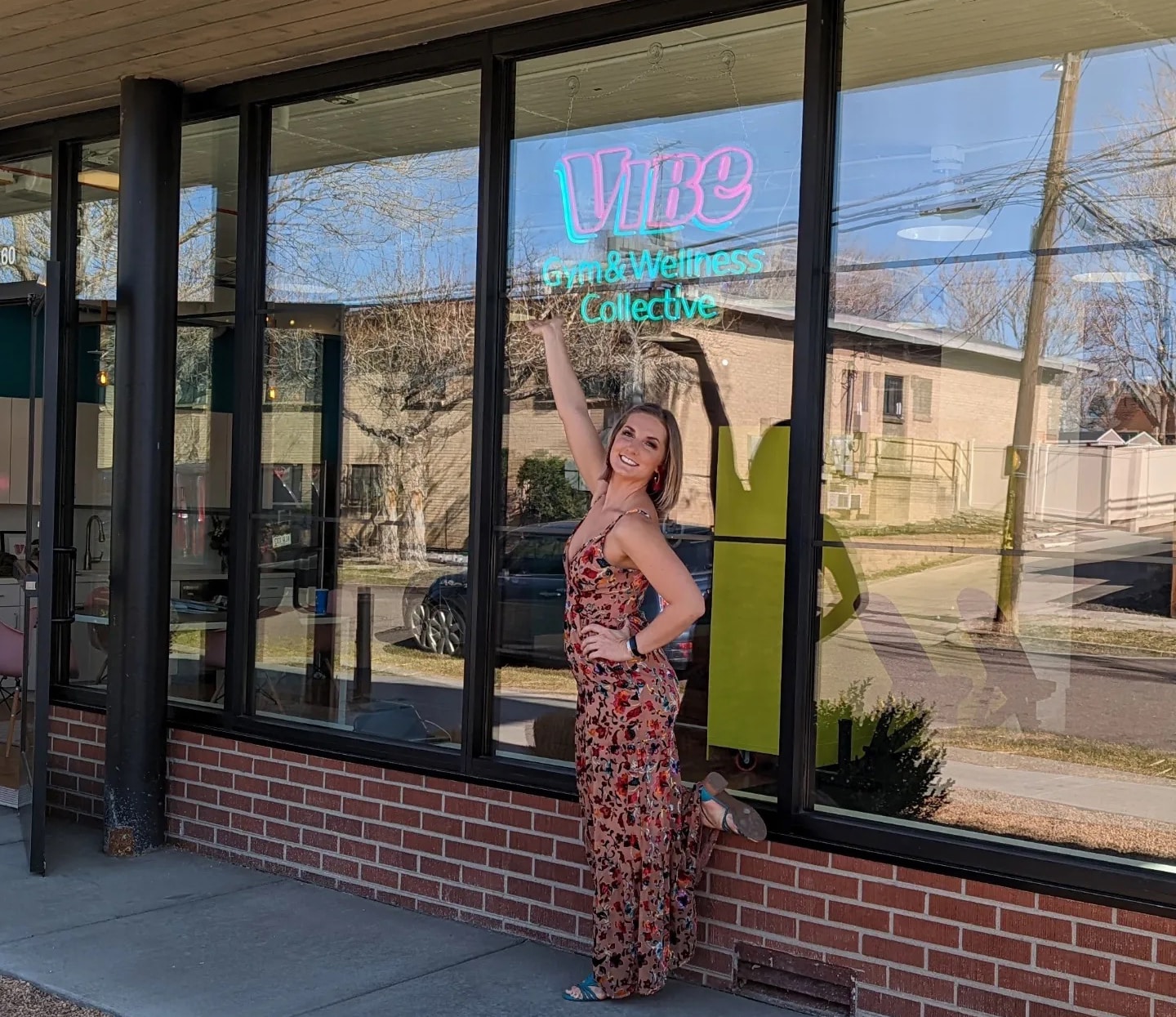 Meghan Nelson heard some horror stories about Denver’s fitness industry while working as a personal trainer these past two years.

“I’ve never personally been a member at a public gym before, so it was interesting to hear other people’s experiences of being creeped on at the gym, even as far as being touched by a stranger, or from the professional side, people being mistreated by upper management or not given opportunities for growth,” Nelson said.

Rather than wait for someone else to offer a solution, Nelson decided to open her own gym specifically for women and non-binary members.

On April 1, she opened Vibe Gym & Wellness Collective at 4045 Pecos St. on the ground floor of the Block Forty45 building in Sunnyside. 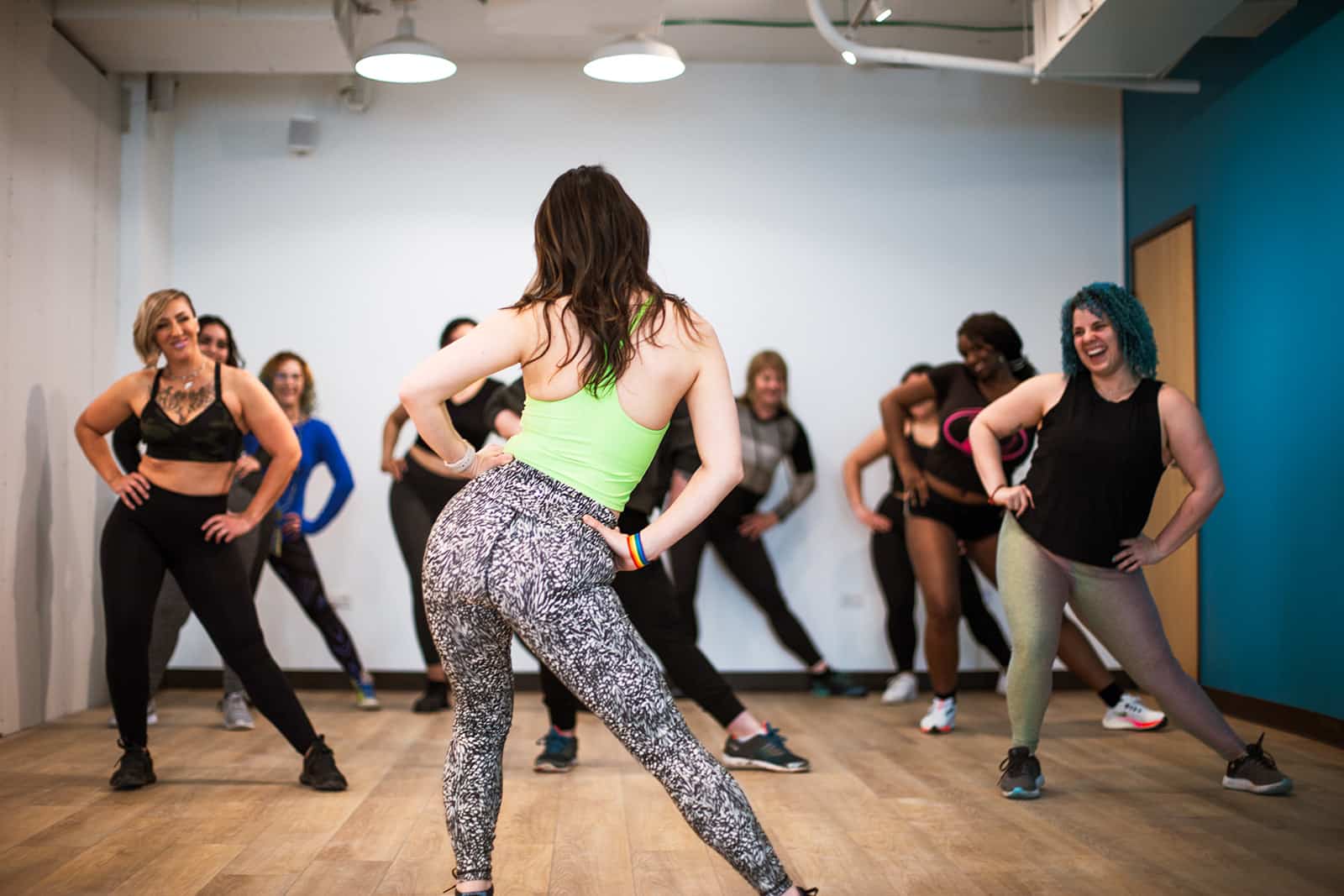 Vibe Gym & Wellness Collective is geared toward women and non-binary members only.

“I did a market research survey at the beginning of 2021, and pulled 10,000 people in the Denver area,” Nelson said. “One of the questions I asked is, ‘What’s the main reason you don’t go to the gym?’ So I went through those responses and figured out solutions to make sure those wouldn’t be a problem for people, like single moms, beginners, or people who work an irregular schedule.”

Memberships cost $100 a month and give customers access to all of the above, although some services cost extra. Nelson said she has 400 members so far, and hopes to open a second location once she reaches 1,000.

Vibe’s staff, like the members, are also women and non-binary, Nelson said. 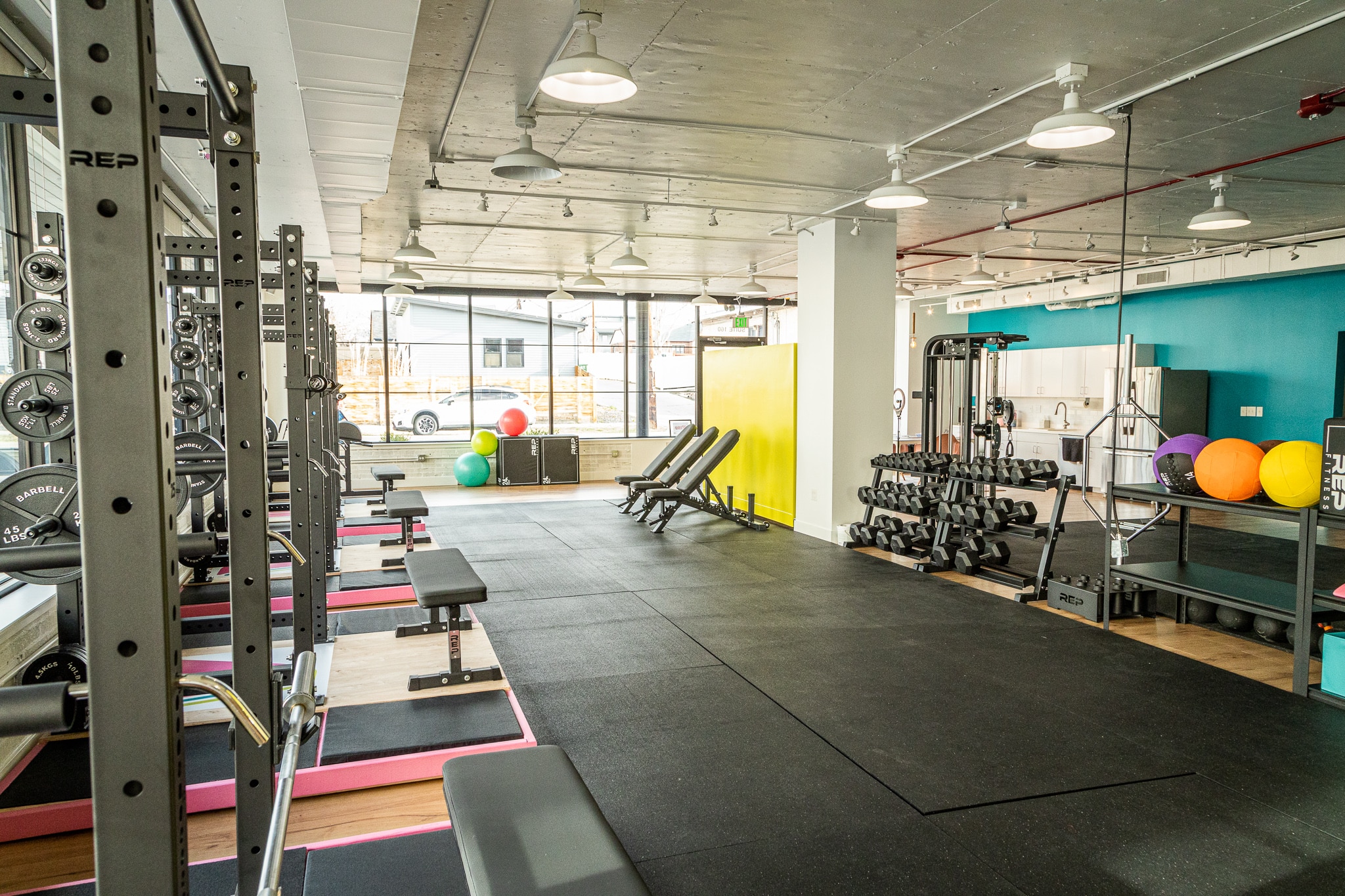 “People that have never been to a gym before because they were so intimidated feel welcome,” Nelson said. “And we haven’t had any push back from men, yet, which is amazing.”

Nelson, 30, had been looking for a location for Vibe for a year before she landed on Block Forty45, which was developed by Denver-based HM Capital Group. She signed a five-year lease in March for the nearly 7,000-square-foot space. She’s self-funded the gym, she said, because she couldn’t qualify for an SBA loan due to the gym’s gender-restricted patronage.

Before the Iowa native was a personal trainer, she opened her own marketing firm in Denver called Mammoth Marketing, which she later sold.

“I’m not new to entrepreneurship and business development, so that background definitely helped me out a lot to get this thing going and get on our feet quickly. We profited in month one, which was amazing,” Nelson said.

Eventually, Nelson hopes to franchise Vibe and open it nationwide.

Meghan Nelson heard horror stories about Denver’s fitness industry while working these past two years and decided to offer an alternative.