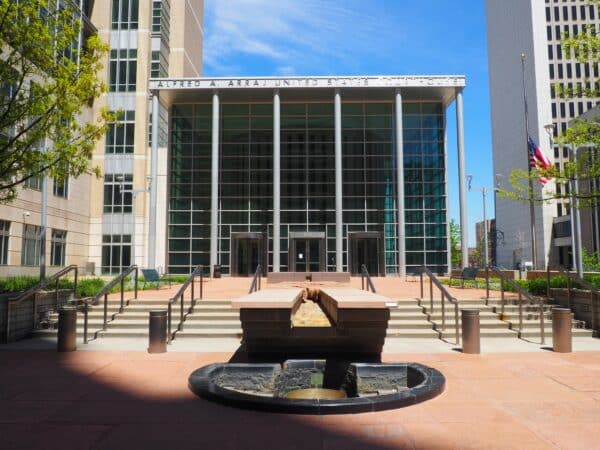 A federal judge has sided with a small Denver company over Stryker, a multinational corporation that unjustly recruited half of the local company’s employees and then deleted evidence of that.

After an eight-day trial, U.S. District Court Judge Brooke Jackson ruled May 10 that Michigan-based Stryker must pay $4.8 million to ORP Surgical, a seller of medical supplies with about 30 employees. It also must pay several million dollars in attorneys fees and penalties for “nasty litigation tactics.”

Until 2019, Stryker and ORP were business partners. Stryker manufactured medical implants and ORP sold them around Colorado. It was “a close working relationship,” in Jackson’s words.

That partnership soured when Stryker accused ORP of violating their two contracts by selling products from a Stryker competitor and “sandbagging,” or holding back invoices. Stryker ended their contract for joint implants and refused to pay ORP the amount of money it was supposed to pay when dissolving a contract. ORP then ended their second contract, for trauma products.

In the days that followed, Stryker hired 12 of ORP’s best salespeople, in violation of a clause in the contracts. ORP then sued Stryker in federal court, accusing it of corporate raiding and breach of contract. The bench trial before Jackson was held from Dec. 13-17, 2021, and then put on hold due to COVID-19 before wrapping up over three days in early March.

Jackson determined that Stryker breached its contracts with ORP when it refused to pay the contract-ending payments and when it lured ORP’s salespeople to work for Stryker, since the contracts prohibited Stryker from soliciting ORP employees. Stryker had denied that it solicited.

“While it might be logically possible to give Stryker the benefit of the doubt, it does not deserve it,” Jackson wrote in his ruling last week. “Its witnesses lacked credibility. Stryker witnesses equivocated, spun far-fetched stories, and even made flat-out misrepresentations.”

During the trial, a Stryker executive claimed he never contacted a particular ORP sales representative, until call logs showed they talked several times. Another Stryker employee testified he never made offers to ORP salespeople, until text messages proved he did.

“On the record before me, I cannot find in Stryker’s favor. I can only conclude that, despite its claims to the contrary, Stryker solicited and diverted the ORP sales reps,” Jackson wrote.

And the judge went farther. He wrote that Stryker executives deleted “an untold number” of their text messages and attempted “to conceal the very existence” of hundreds of phone calls between Stryker executives and ORP salespeople. “As I stated during the trial, I was ‘appalled’ at Stryker’s lawyers’ ‘playing fast and loose’ with (evidence) obligations,” the judge wrote.

As a result, Jackson ordered Stryker and Seyfarth Shaw — “a respected Chicago-based law firm,” in the judge’s words — to pay all of ORP’s legal fees and evidence-gathering costs.

The lead attorneys for Stryker and a spokesman for Seyfarth Shaw, along with spokespeople for Stryker, did not respond to emails requesting comment on Jackson’s verdict.

Stryker, a Fortune 500 company, was founded by Homer Stryker. He is the grandfather of billionaire Pat Stryker, a Fort Collins philanthropist who is Colorado’s richest woman.

ORP was represented by Molly Ballard and Christopher Carrington from the Richards Carrington law firm in Denver, and Robert Hinckley Jr. with the Buchalter firm in California.

After a David-and-Goliath legal battle, Stryker must pay millions of dollars to ORP Surgical for recruiting its employees in violation of a contract.