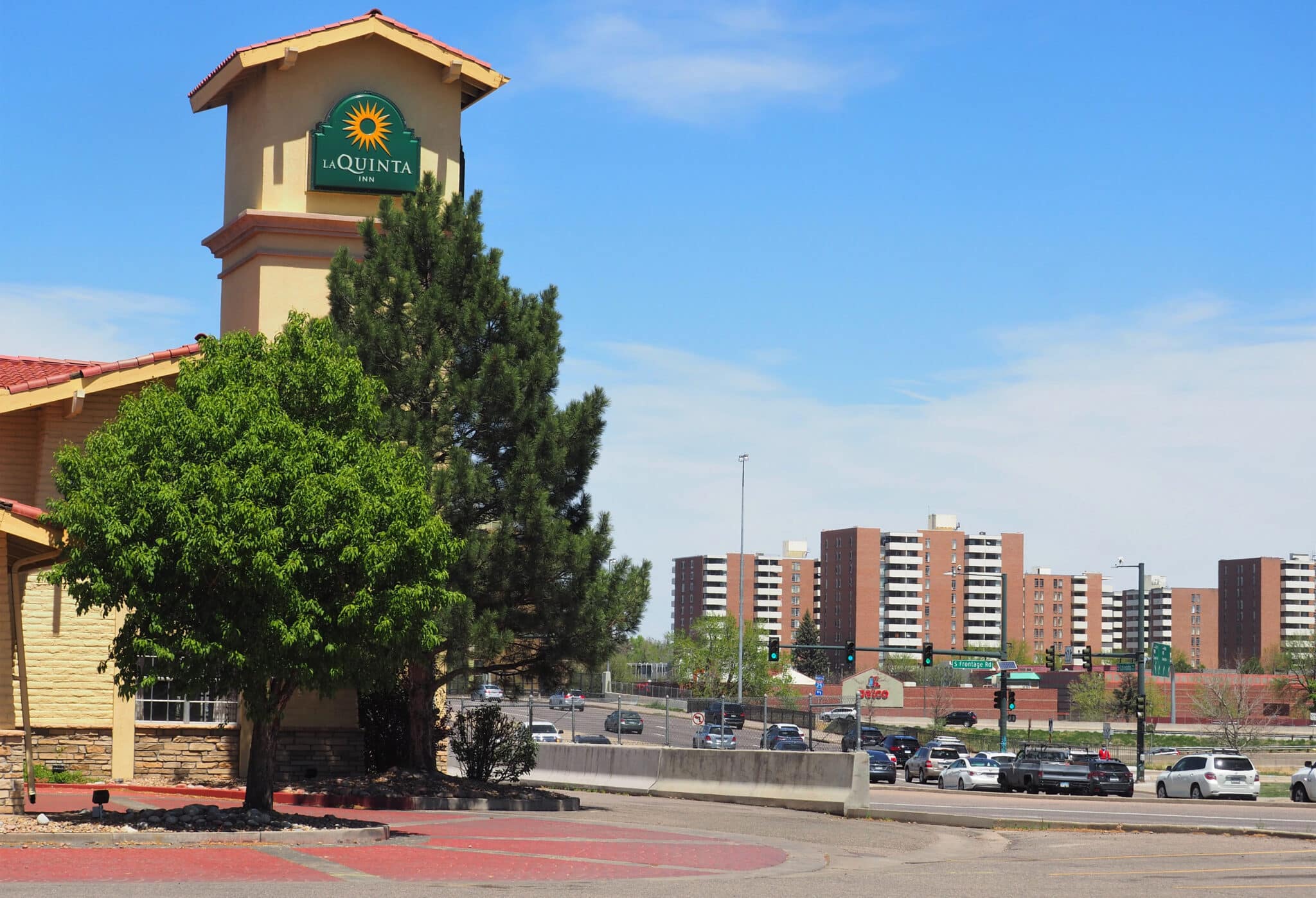 Redevelopment is being planned for a hotel property at the Interstate 25/Colorado Boulevard interchange.

A concept plan submitted to the city in late March proposes the construction of a nine-story apartment building at 1975 and 1995 S. Colorado Blvd., currently home to a La Quinta Inn and free-standing Perkins restaurant.

The plans were submitted by an entity affiliated with Brookhaven Capital Partners, which has an office address in Greenwood Village. The company, which also developed the UCHealth medical building at 100 Cook St. in Cherry Creek, did not respond to a request for comment.

The building would have 370 units, and consist of seven stories of residential space atop a two-story parking podium with 339 spaces. The first floor would have leasing and amenity space and a handful of “urban loft” units facing Buchtel Boulevard.

The property is approximately 2.5 acres, and zoned for up to eight stories. The proposed building would count as eight stories for zoning purposes.

The property is currently owned by an entity affiliated with Texas-based CorePoint Lodging, which says on its website that the La Quinta has 130 rooms. The company, which did not respond to a request for comment, says it owns nine other Denver-area hotels, including a La Quinta at 3500 Park Avenue West that the city leased during the coronavirus pandemic to house homeless people.

The site is across the street from the Colorado Center, an office complex that also includes a food hall, movie theater and Dave & Buster’s.

Brookhaven Capital Partners has proposed redeveloping the 130-room hotel into a nine-story residential building with 370 units.