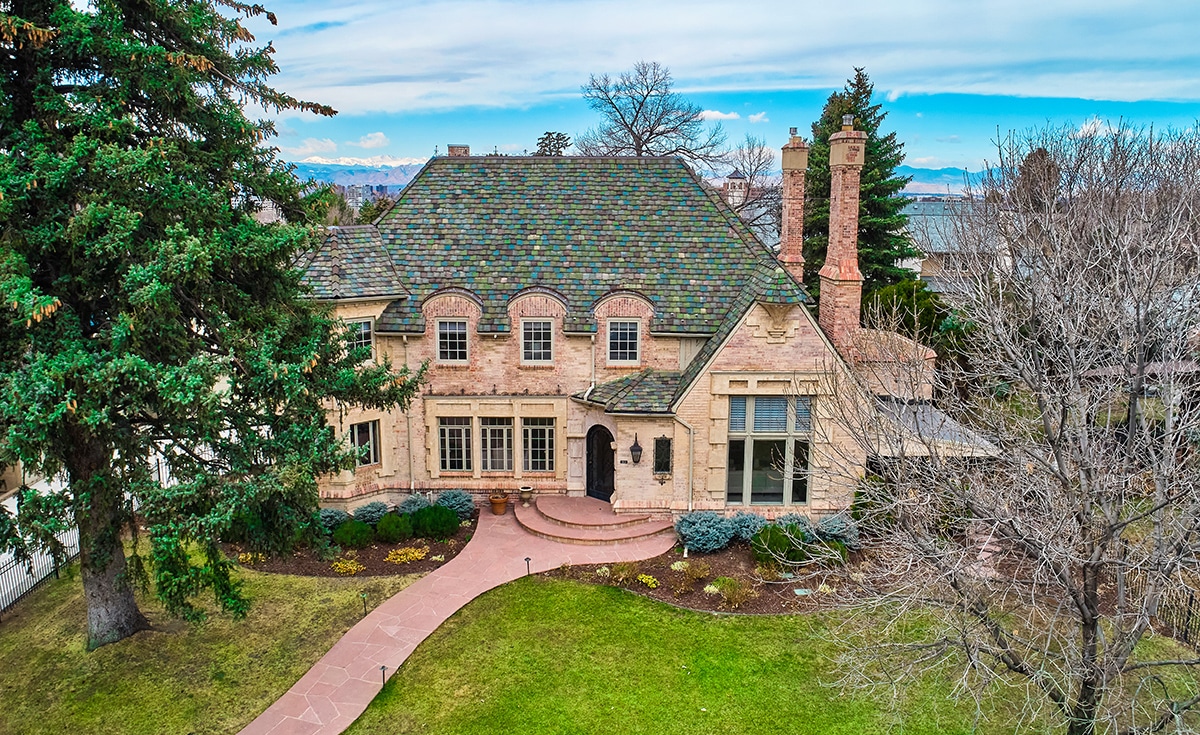 This French Chateau-style home in Hilltop was inspired by the 1935 romance film “Magnificent Obsession.” (Photos courtesy of Corcoran Perry & Co.)

An 85-year-old Hilltop home inspired by a 1935 romantic film hit the market this month for $5.1 million.

The French Chateau-style manor at 33 S. Birch St. was originally built in 1937 but has modern finishes throughout, including a new pool and kitchen.

“The word is that the original owner was a Wyoming rancher who bought the lot, and his wife took the builder and the architect to see the ‘Magnificent Obsession’ movie 16 times, so that they got it right,” said co-listing agent Niels Oomkes with Corcoran Perry & Co.

Steve Levy, the son of the original owners Gertrude and Ted Levy, told BusinessDen that his father was actually not a Wyoming rancher, but the owner of a local advertising agency. But he confirmed the home’s design was inspired by the movie.

“The builder was ready to retire by the time the home was complete,” Levy said.

Seller Jonathan Hilley purchased the 6,505-square-foot home for $2.9 million in May last year, according to property records. Oomkes said that it was an off-market transaction with motivated sellers, and the current listing price is based on market conditions and comparable sales in the Hilltop, Cheesman Park and Country Club neighborhoods. 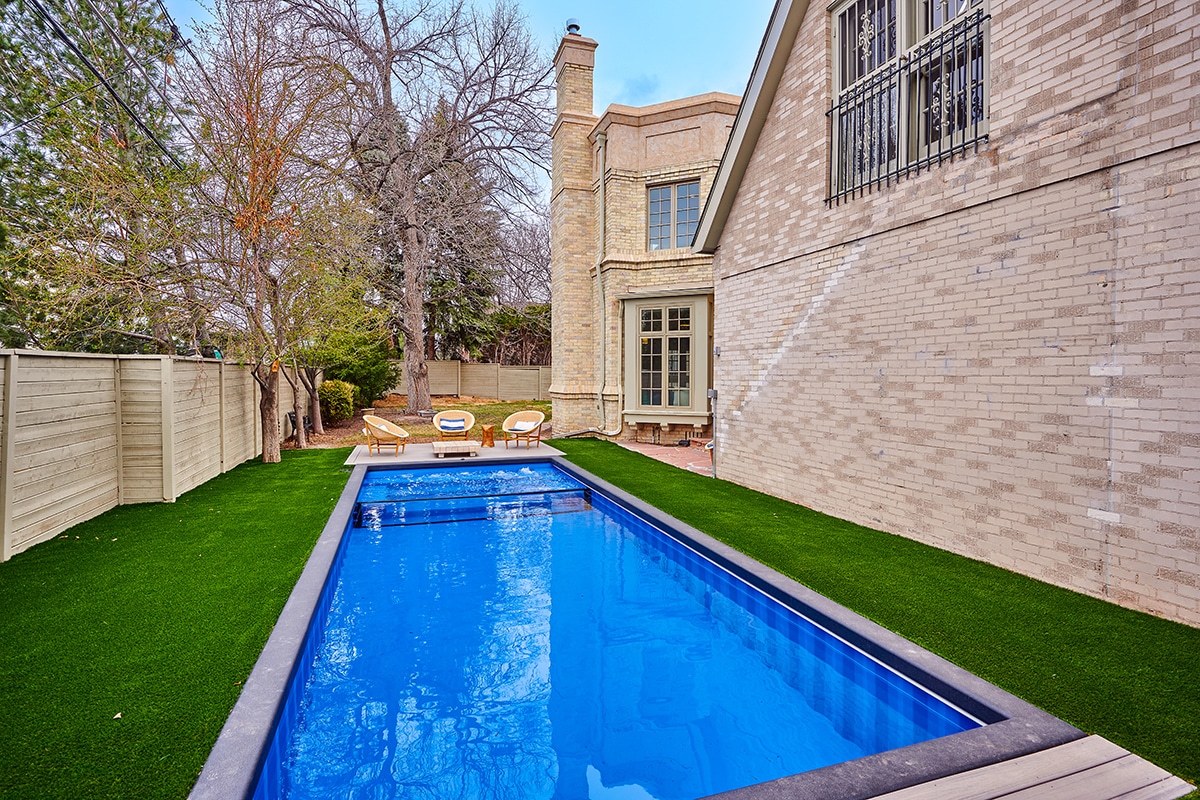 The seller added a new pool to the home’s backyard.

Hilley is the CEO of Mile High Labs, a Broomfield-based CBD producer, according to his LinkedIn. Oomkes said the seller is moving out of state. 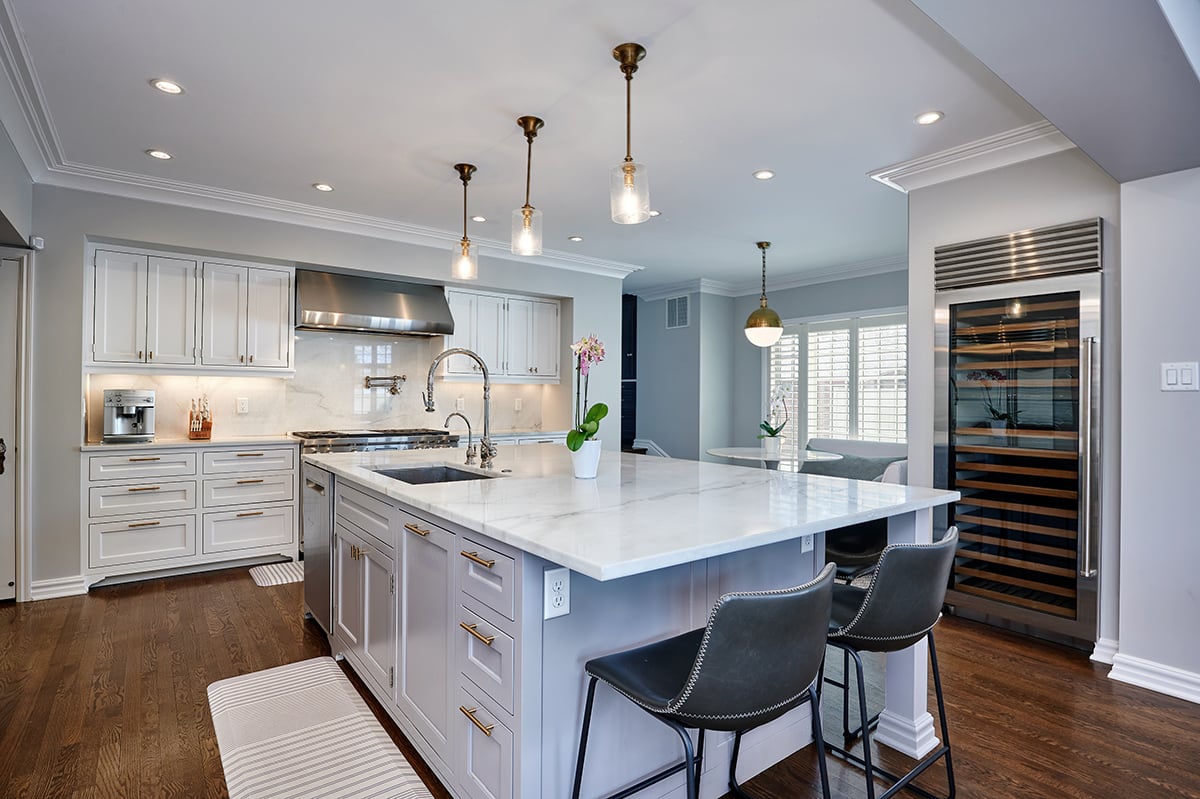 The kitchen was updated and includes high-end appliances and a butler’s pantry.

The finer things: Upon entering the six-bed, six-bath home, guests are greeted by a grand staircase and a dramatic formal living room, specifically designed after “Magnificent Obsession’s” film set, with soaring arched ceilings and a fireplace.

“The grandeur is hard to catch in photos,” Oomkes said.

There’s also a two-car garage with a flex space and bathroom above it, “perfect for guests, a studio or gym,” according to the listing. Outside, there’s a flagstone patio with a gas grill hookup, fire pit, TV mount, new pool and large yard.

“It really does appeal with someone with kids, who wants to walk over to Cranmer Park or Graland Country Day School,” Oomkes said.

Editor’s Note: This story has been updated with comment from Steve Levy.

This French Chateau-style home in Hilltop was inspired by the 1935 romance film “Magnificent Obsession.” (Photos courtesy of Corcoran Perry & Co.)

A rancher bought the lot and his wife "took the builder and the architect to see the ‘Magnificent Obsession’ movie 16 times, so that they got it right.”