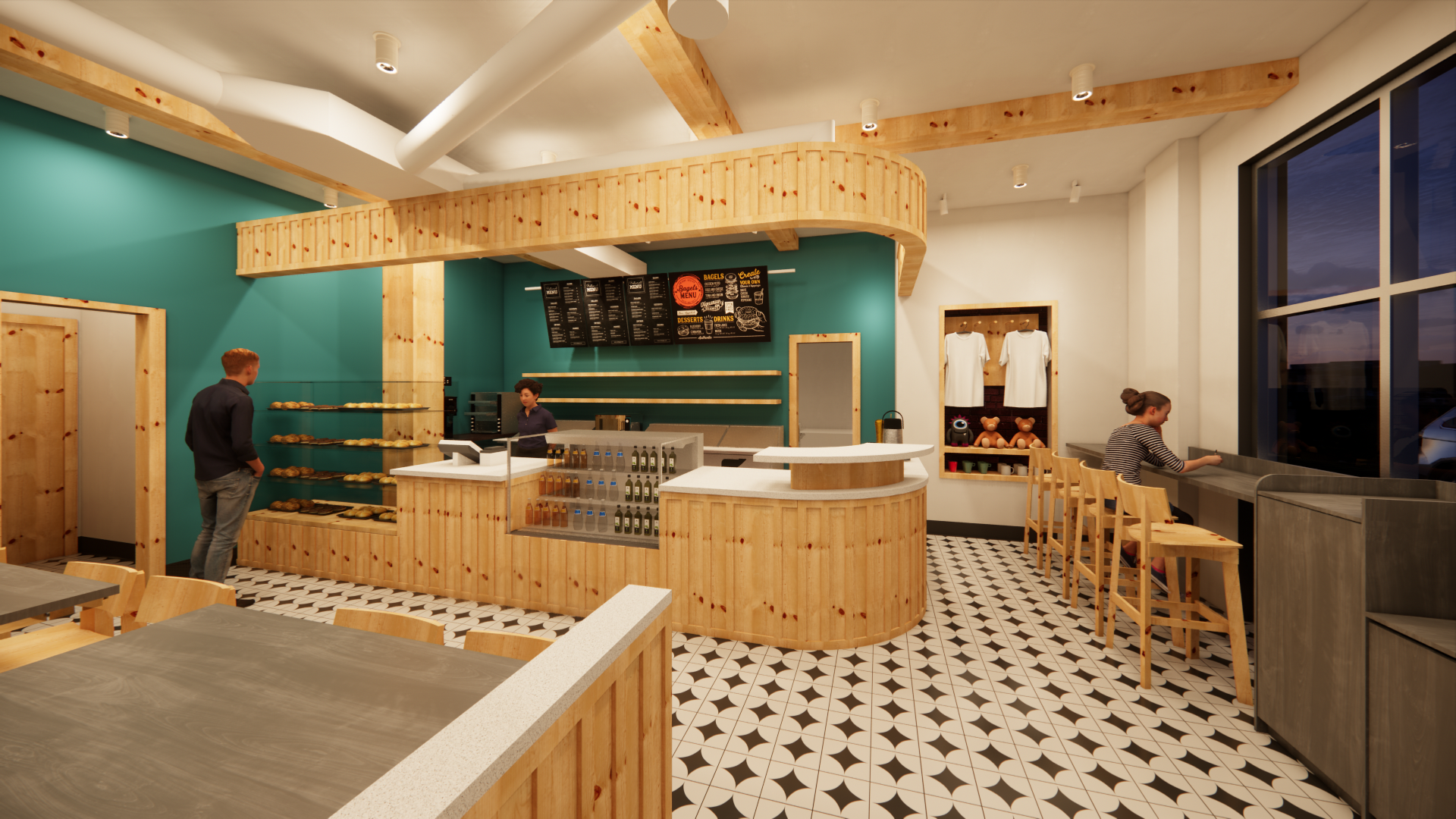 A rendering of Leroy’s Bagels’ new location in Uptown, which owner Sarah Green plans to open in September. (Courtesy of Brian Unger with Roth Sheppard Architects)

The owner of Leroy’s Bagels has struggled to keep up with demand, selling out nearly 1,300 bagels every day in its current 840-square-foot space in the Sloan’s Lake neighborhood.

Green originally planned to open up a production facility to meet the demand. But she considered the lack of bagel shops around town and has decided to open a second Leroy’s Bagels location instead.

“We don’t want the early bird to be the only one that gets a bagel,” Green said. 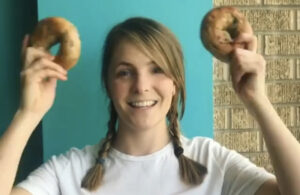 Leroy’s plans to open a second shop in September this year at 595 E. 19th Ave. in Uptown, where Carbon Fitness previously operated.

The 32-year-old Boulder native is also working on a second location of The Radiator, a coffee shop and bar she opened in Sunnyside in 2020 with business partner and Leroy’s regular Ciaran O’Brien.

Green opened Leroy’s first location at 4432 W. 29th Ave. in 2016 and had wanted to expand the business from the beginning. But she waited until the brand was more established and she was in the right financial position.

“I was very careful when choosing my second spot,” Green said. “I worked with my broker for almost a year pre-COVID to find this Uptown location. My biggest thing was more space, decent parking, and beyond that, I wanted to have a similar neighborhood feel to our current location with surrounding families. Uptown checked all of those boxes.”

Green signed a five-year lease for Leroy’s new 1,100-square-foot space in June. Zach Cytryn, a former broker with Broad Street Realty, represented her in the deal.

She plans to invest $400,000 in the second bagel shop, which she will gut and add a new kitchen and dining area. Green has taken out a loan and is also self-funding the new spot.

Leroy’s Uptown location will continue retail sales but focus on its wholesale business, which Green said is booming. The shop sells bagels to Improper City, Enterprise Coworking and Grateful Gnome, among other local businesses. 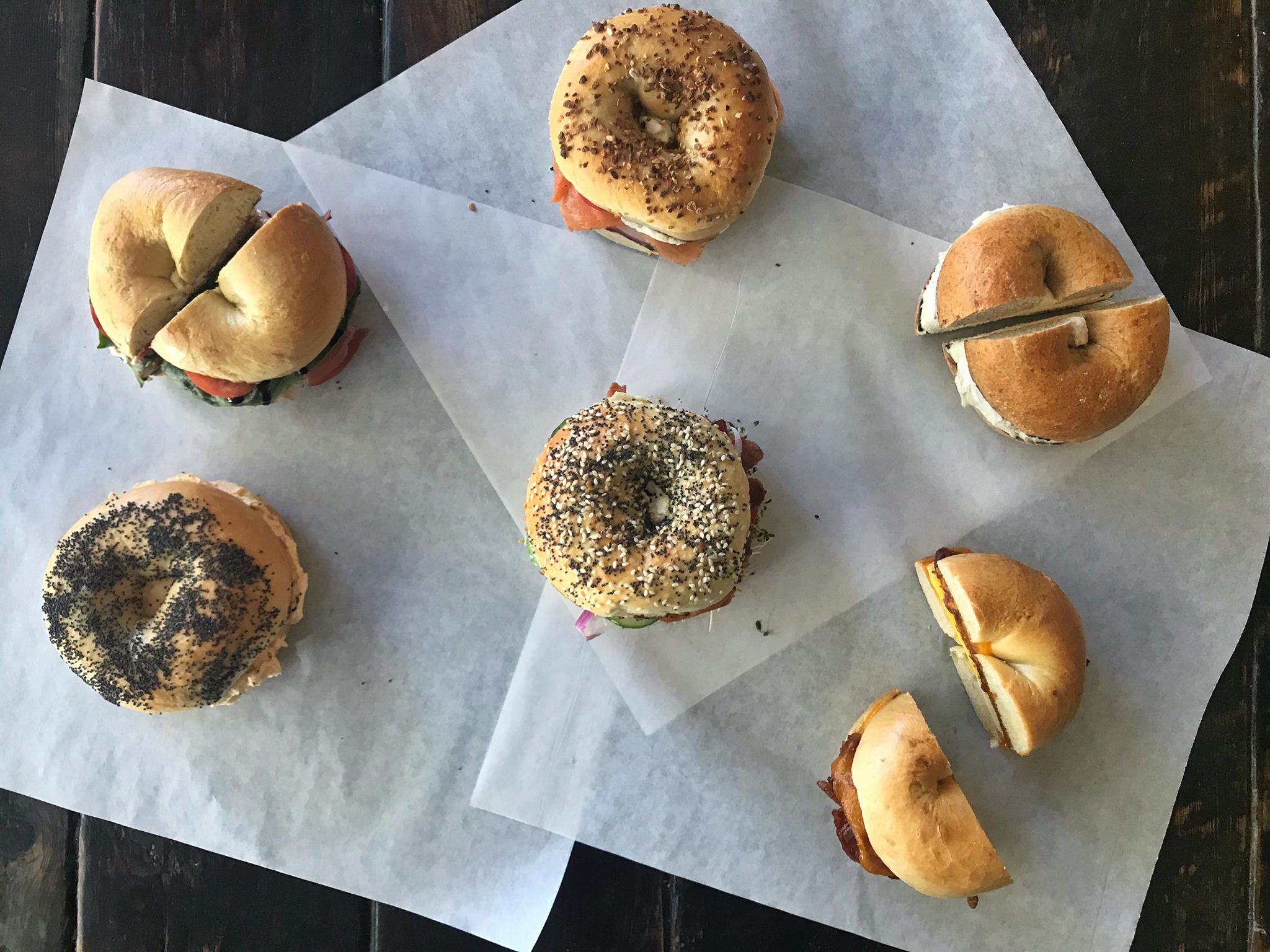 Leroy’s Bagels has struggled to keep up with demand, selling out nearly 1,300 bagels every day.

“We’ve been using this small kitchen, which hasn’t been the most conducive for the wholesale business,” Green said. “We’re running out of bagels frequently for that reason, but we also overextended ourselves with wholesale assuming the second spot would be open much sooner. We’re growing with the intention to produce more wholesale business because we’ve had to turn down quite a number of inquiries.”

Green hopes to double Leroy’s bagel count to 2,600 a day with the new, larger spot. This location will also have an expanded menu with other breakfast options outside of bagels and serve liquor, unlike the original Leroy’s.

In addition to a second Leroy’s location, Green is opening a second spot for The Radiator on the ground floor of the Edit at River North apartment building. 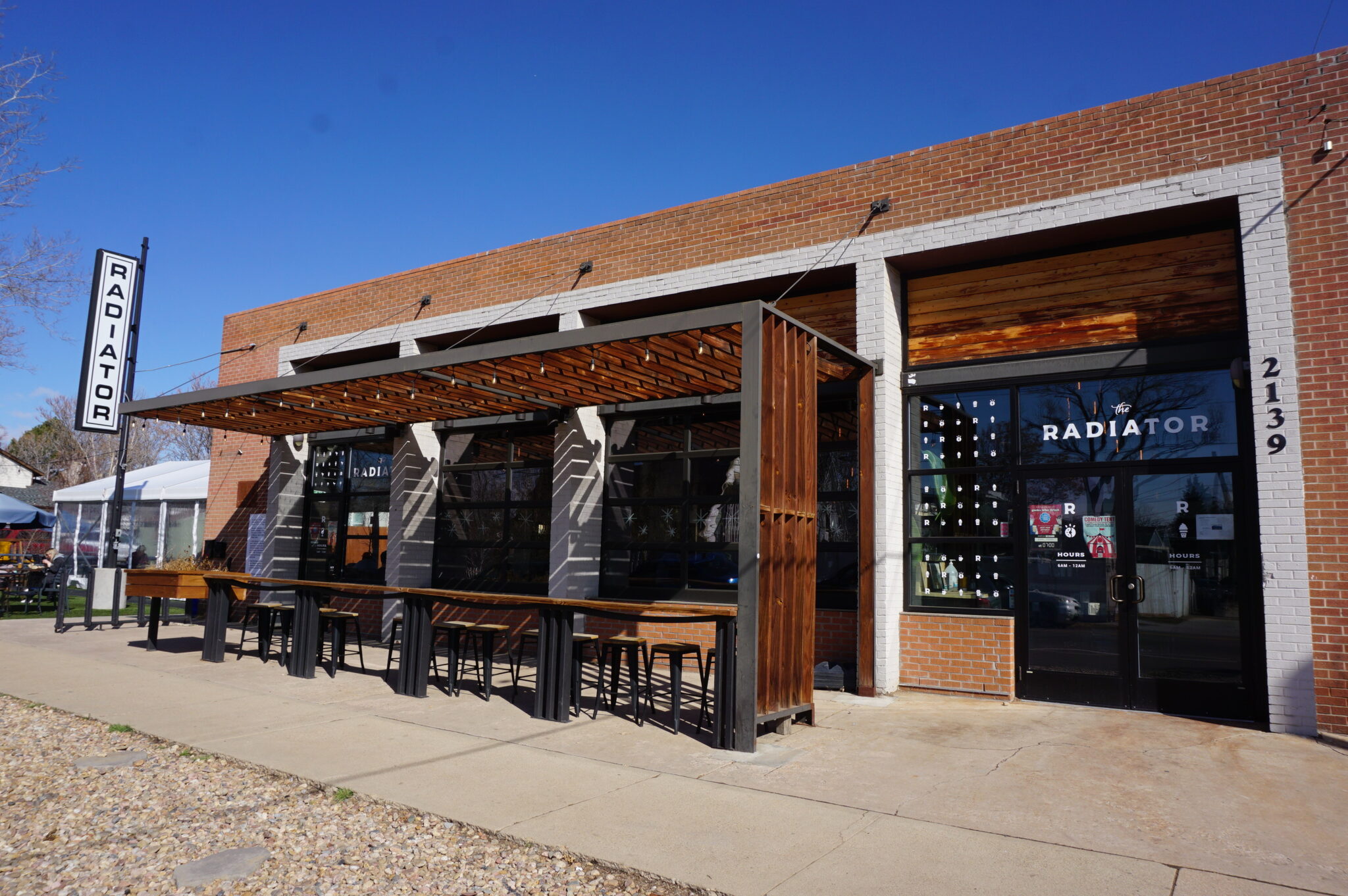 Green and business partner Ciaran O’Brien opened The Radiator, a bar and coffee shop in Sunnyside, in 2020 and are working on opening a second location in RiNo. (Lily O’Neill photo)

“We weren’t looking to open anything during COVID, but this spot kind of fell into our hands,” Green said.

When Common Ground closed in 2020, O’Brien, who was a regular customer at Leroy’s, saw the opportunity to highlight Green’s bagels through a new coffee concept. He originally brought him on as a consultant for the menu, but she quickly decided to join as a partner.

And, overtime, they realized the potential to serve the happy hour crowd at night, so they extended hours to serve liquor.

O’Brien owns a real estate development firm called Leprechaun Development and was also a former soccer player for the Colorado Rapids. He had a mutual friend within Zocalo Community Development, which developed Edit, and was offered the opportunity to open a second location for The Radiator in the lobby.

The duo plan to open The Radiator’s location in Edit this fall.

“We always had the intention to grow The Radiator, we just didn’t expect it to be so soon,” Green said. 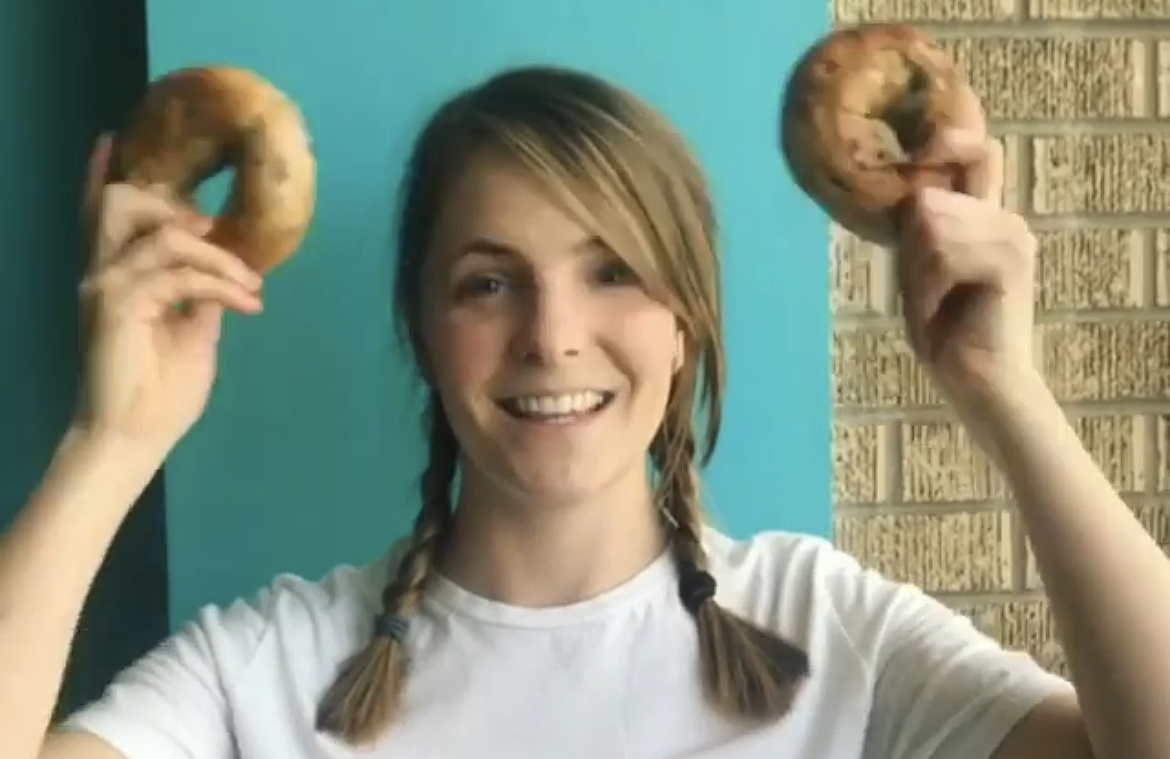 A rendering of Leroy’s Bagels’ new location in Uptown, which owner Sarah Green plans to open in September. (Courtesy of Brian Unger with Roth Sheppard Architects)

Leroy’s Bagels will open another store at 595 E. 19th Ave. in Uptown, and The Radiator will open a new outpost in the Edit at River North apartment building.