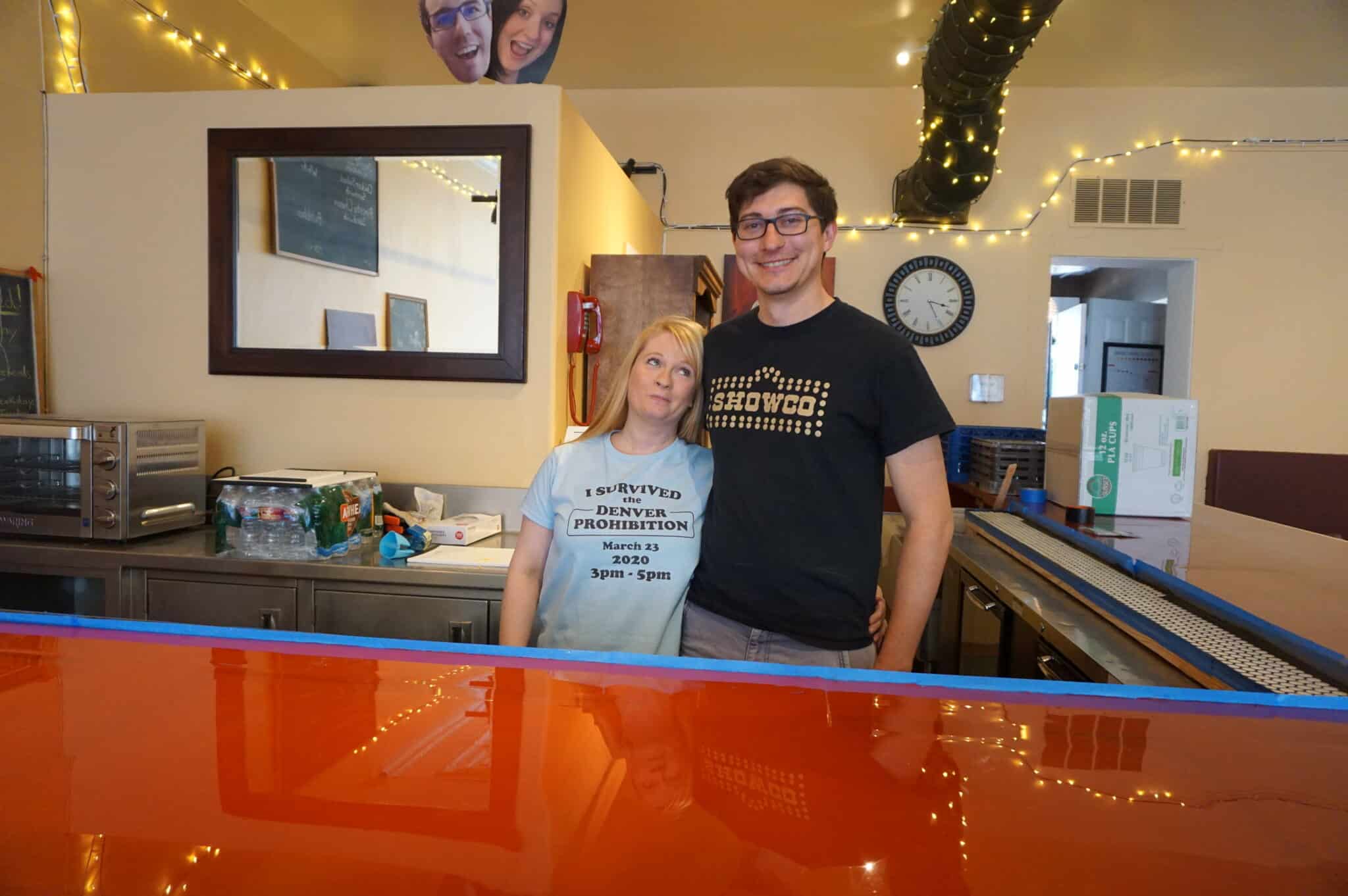 Heather David and Michael Vela are opening a wine bar at 846 Santa Fe Drive to pursue their love of hosting because it was easier than finding a house they liked. (Lily O’Neill photos)

The couple have been hosting dinner parties and wine tastings at their 1,100-square-foot apartment in Cap Hill for the last four years, going from eight people at a time to 24.

“Michael is an excellent cook. So, he wanted to show off his skills to our friends and make them try new foods,” David said. “We always ended up trying the different wines people brought.”

Vela added, “I had an obsession with trying new recipes, and spent hours looking at YouTube videos and going to the library. Our friends were the perfect guinea pigs.”

Their first thought was to buy a home to have more space for hosting. Vela, 31, and David, 43, applied for a loan. But after looking at the slim inventory on the market, they couldn’t find anything they liked.

One night while picking up some dinner, the couple pulled up in front of a building that they thought would be perfect for a wine bar. 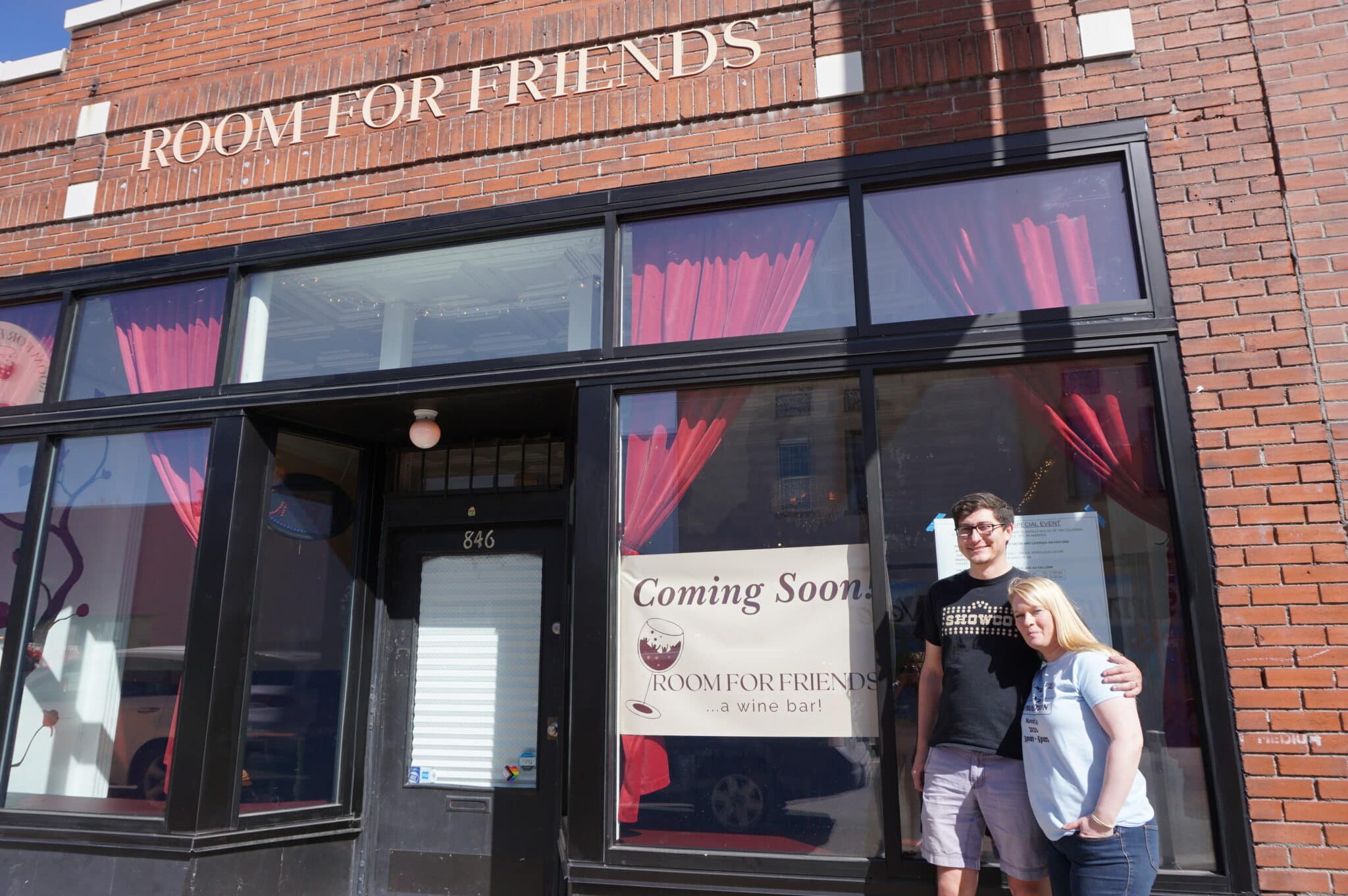 Vela and David plan to open Room for Friends in May.

“We were sitting in the car, and I just looked at Michael and said, ‘Let’s do it. Instead of buying a house, let’s open a business,’” David said.

So, they swapped the house hunt for a commercial real estate search.

They didn’t end up in the building that sparked the inspiration. Instead, they landed at 846 Santa Fe Drive, a spot in the heart of the Arts District on Santa Fe where they plan to open a wine bar called Room for Friends in May.

The couple signed a five-year lease in November for the 1,500-square-foot space with a 1,000-square-foot patio. It was previously home to a hat and clothing shop.

“There’s no wine bar in the Arts District, and most businesses here close around 9 p.m. So, we want to give people a reason to stick around at night,” David said. 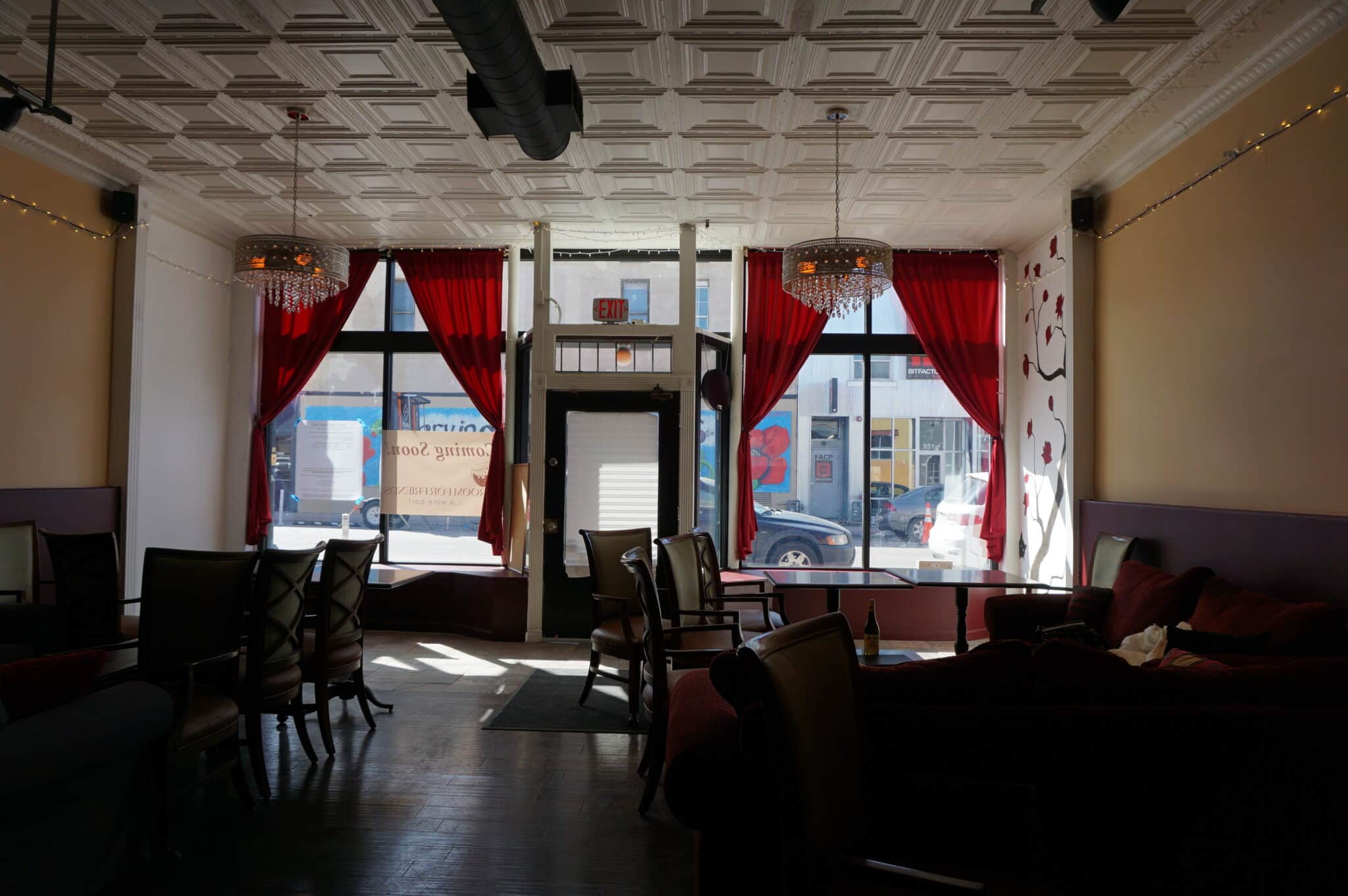 The couple want to make it feel cozy, like their apartment, where they often host dinner parties for friends.

Room for Friends will serve a variety of wine and beer. And Vela will be cooking dishes he previously tested at those dinner parties, including a French onion soup and short rib tartine and his take on a croque monsieur.

Vela and David have spent around $30,000 so far to get the business running and spruce up the place, including building a new bar with wine coolers and adding some comfy couches and quirky mismatched furniture. They received an SBA loan, but are otherwise self-funding the venture.

“We wanted to make it feel like a home,” David said. “We hate going to wine bars that seem industrial and masculine. This feels warm and cozy, and you can come in a hoodie or dress up and still fit in.”

Vela and David both worked full-time at United Airlines, but Vela has since left his job in the scheduling department to focus on Room for Friends full-time. David still works for the airline as a gate leader.

“You know it’s true what they say, ‘If you love what you do, you never have to work a day in your life,’ and I’m just lucky I get to do that now,” Vela said.

Heather David and Michael Vela are opening a wine bar at 846 Santa Fe Drive to pursue their love of hosting because it was easier than finding a house they liked. (Lily O’Neill photos)

“We were sitting in the car, and I just looked at Michael and said, ‘Let’s do it. Instead of buying a house, let’s open a business,’” Heather David said.