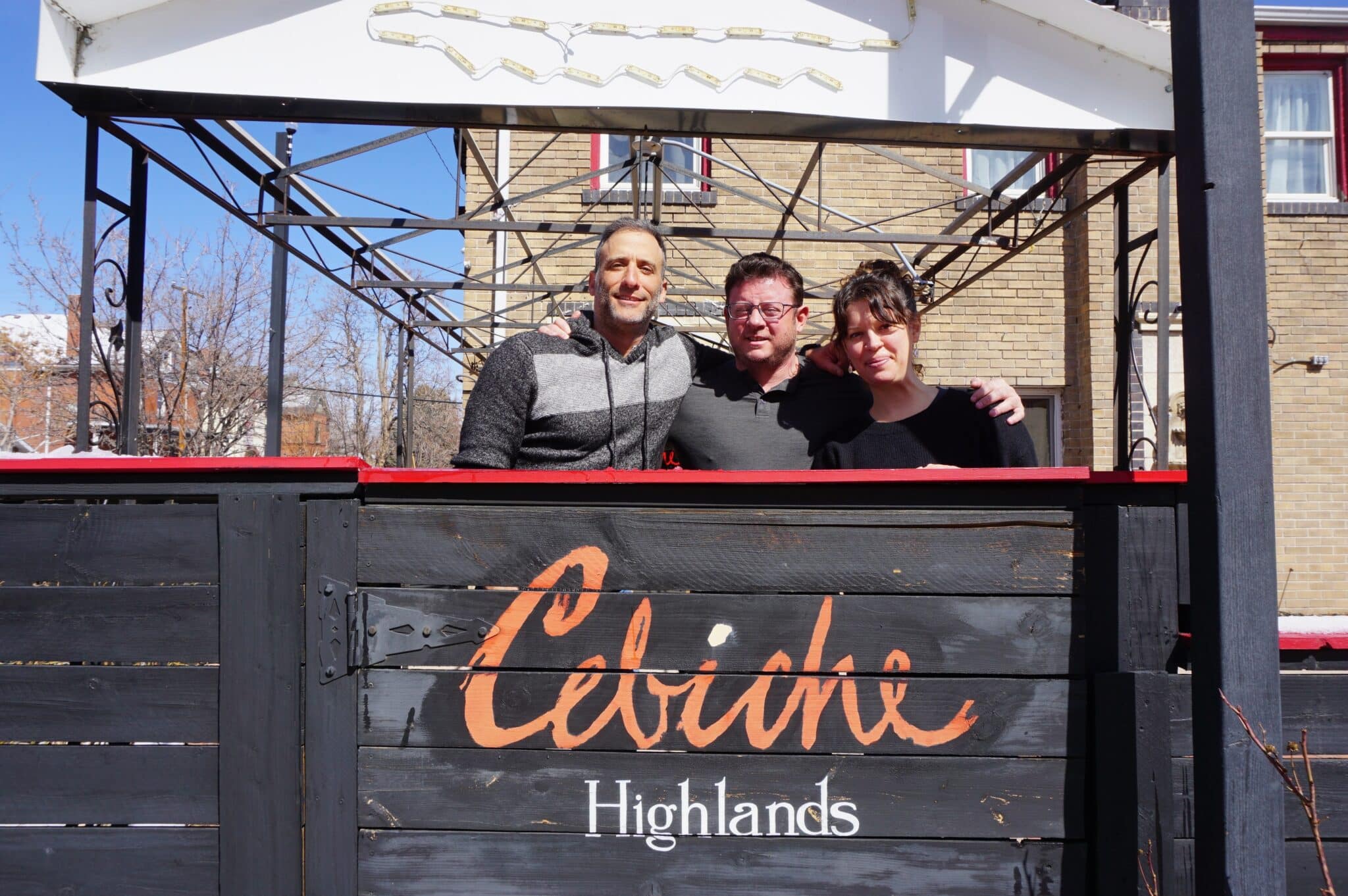 Carrie Baird is ready to get down to breakfast.

“I’ve been daydreaming of my breakfast restaurant since I was little,” Baird said. “When I graduated culinary school my thesis was breakfast, and this is something that’s always been in the works.”

That something is Fox and The Hen, which the “Top Chef” alumna is launching in partnership with her employer Juan Padro and Michael Fox, the owner of a local wholesale breakfast burrito business. They plan to open at 2257 W. 32nd Ave. in the Highlands this summer.

On the menu will be Baird’s signature “fancy toast” with a variety of toppings, which won her more than one challenge on “Top Chef,” and her huevos rancheros, which she beat Bobby Flay with on his TV show.

This will be Baird’s first brick-and-mortar concept. She is a partner in Culinary Creative and is the executive chef of the restaurant group’s Americana division, which includes Tap and Burger and, now, Fox and The Hen.

Fox owns Dis Burrito, which he started in 2020. It now sells breakfast burritos to 27 coffee shops around town. Padro, owner of Culinary Creative restaurant group, is a longtime friend of Fox’s, and let Fox get Dis Burrito up and running in Morin’s kitchen when it was closed down.

Fox also dreamed of opening a breakfast restaurant, and pitched Padro on doing it in Cebiche’s spot upon learning it had closed. The two decided to team up on it. Padro, who has worked with Baird since 2016, brought her on later. She will be the executive chef. 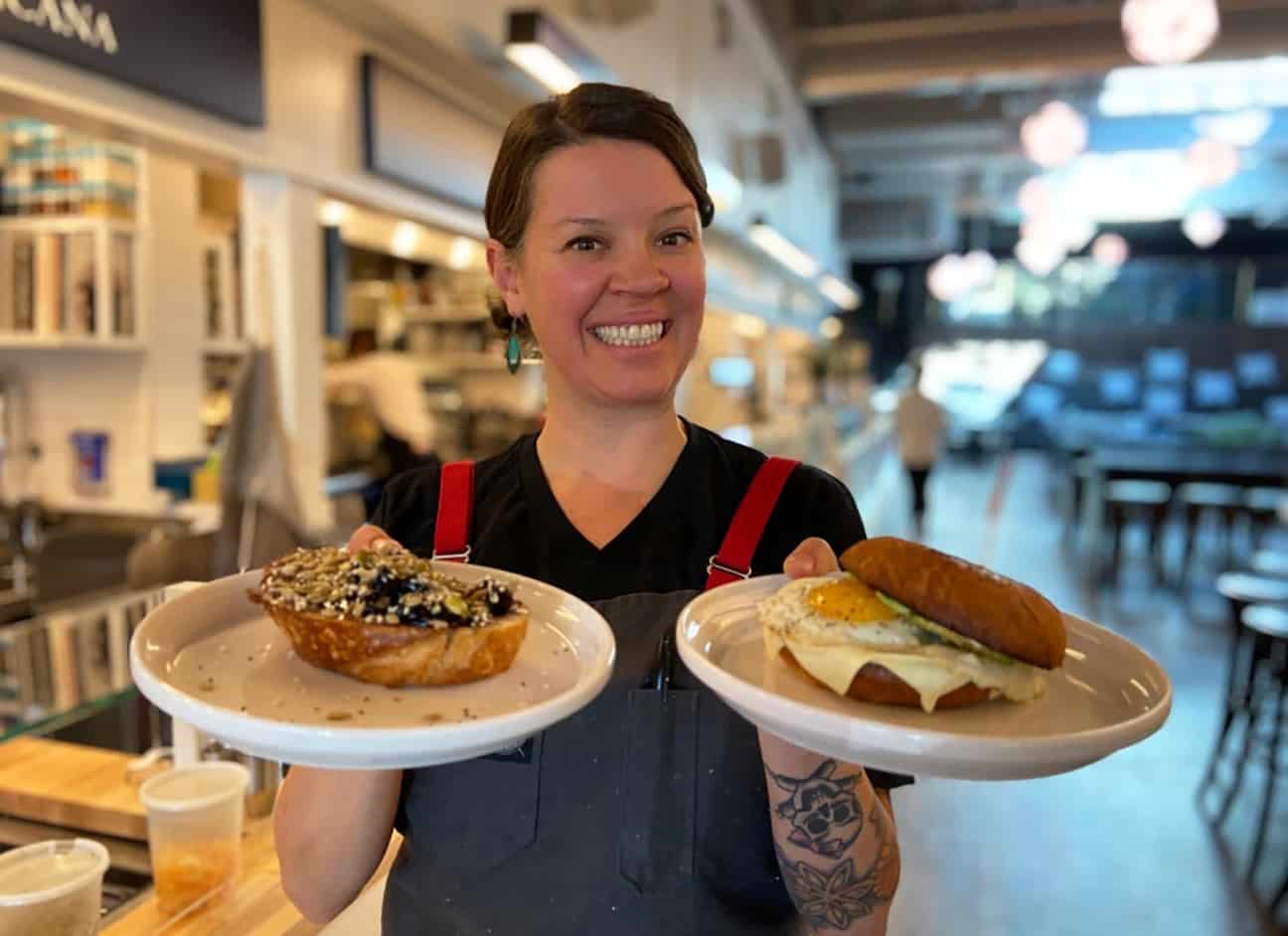 “I wake up in the morning giggling because I’m a skinny white dude from Baltimore that started a breakfast burrito business that has literally morphed into my dream come true of opening a breakfast restaurant,” Fox said.

The trio signed a 20-year lease in August for the space, which seats 50 inside and 40 on the patio. It’s down the street from Padro’s Highland Tap and Burger and Bar Dough concepts.

They’re gutting the space and investing around $1 million in the renovation, including adding a hot sauce wall and other playful elements. Brian Unger with Frontline Design and Development is designing the space.

“The neighborhood needs a breakfast spot,” Baird said. “We want to activate that area from 7 a.m. until Bar Dough and Tap and Burger open.”

Fox and The Hen, which they hope to open in July, will also serve classics like pancakes and French toast with a twist. There will be an extensive cocktail menu as well. Out front, Fox wants to open a grab-and-go breakfast burrito and coffee shed.

The trio said they hope to expand beyond just the one location.

“To have a goal and idea for a majority of your life and see it come to fruition is scary, but I have confidence in myself and the team,” Baird said.

Correction: This story has been updated to reflect Baird’s role within Culinary Creative.

The third partner in breakfast spot Fox and The Hen is Michael Fox, who owns a wholesale breakfast burrito business.