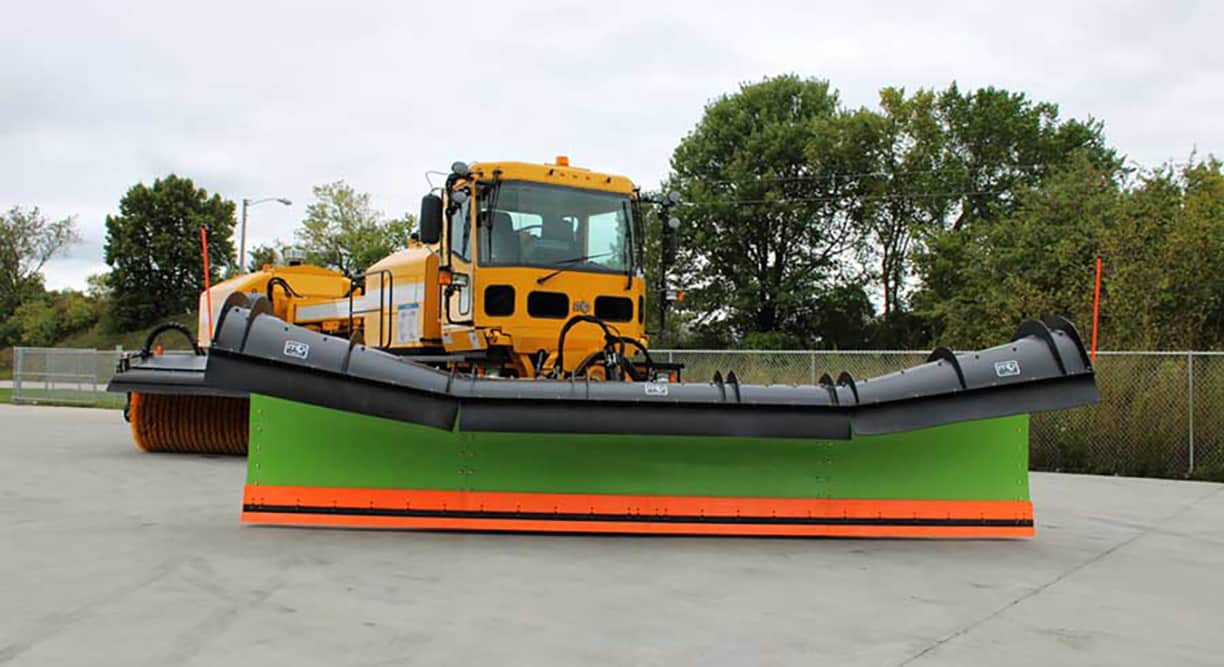 Denver International Airport is planning to replace more than a third of its snow-removing heavyweights.

The city authorized the purchase of five large snow plows, each weighing at least 28 tons, from Wisconsin-based M-B Companies for about $4.5 million in November. For comparison, heavy-duty pickup trucks with mounted plows for residential and main streets weigh about 3 tons.

Denver is also poised to approve another roughly $6.1 million to purchase seven more snow plows, and DIA spokeswoman Alex Renteria said they’ll ask for funding for another four later this year to replace a total of 16 of the airport’s 47 multi-function snow plows.

“Snow is a big part of our operation here at DEN,” Renteria said. “We’re an all-weather airport and we’re prepared around the clock for any type of storm, but especially snow. We rarely close all six of our runways, which allows aircraft to land and takeoff in any type of weather.”

The vehicles the city is purchasing are MB5 snow removers, which have a 375-horsepower engine and 75-gallon gasoline tanks. They come with dry or wet snow-removing materials and can mount a brush to the front.

Renteria said the snow plows will replace the older equipment the airport currently uses, some of which are more than a decade old. The plows that are being replaced are 2007 Boschung Jet brooms.

“The reason we’re asking for so many to be replaced this time around is because we had to freeze our purchases due to COVID last year. So, we weren’t able to replace any last year,” she said.

DIA is purchasing the vehicles in phases because of their high price, nearly $1 million apiece. Some of the new ones are expected to arrive by Dec. 1.

The older vehicles will be offered to the Colorado Aeronautics Auction, which allows smaller airports to purchase the equipment at a 90 percent discount through state subsidies, Renteria said.

Using the existing equipment, the airport’s teams can clear a runway in as little as 15 minutes, Renteria said.

M-B Companies was acquired by Switzerland-based manufacturer Aebi Schmidt in 2017, according to the company’s website. M-B also produces pavement-making equipment.

The city has purchased other snow plow equipment from M-B Companies in the past, including snow plows, brushes and deicing products.