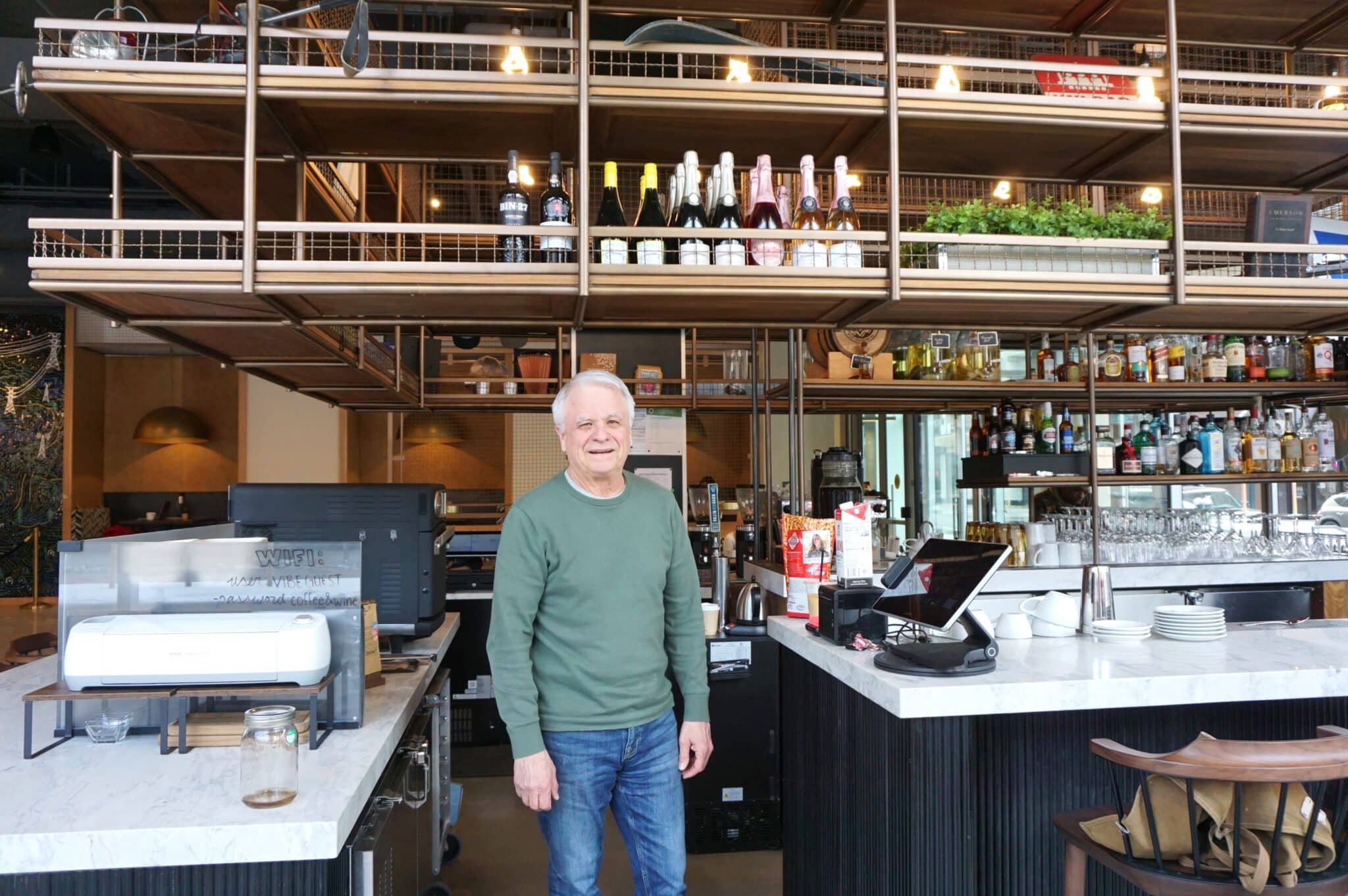 Craig Caldwell, 74, had only had one cup of coffee in his life before opening Vibe Coffee and Wine in Denver this summer. Now he’s getting ready to open Troutdale Tavern in Evergreen. (Lily O’Neill photo)

After selling his share in The Original Brooklyn’s 10 years ago and closing White Fence Farm in 2018, the 74-year-old Denver native turned his focus to Evergreen.

“I’m older, so I like to piddle around and keep busy,” Caldwell said. “I always have something goin’ on.”

Caldwell now owns two restaurants in Evergreen. And he’s getting ready to open a third called Troutdale Tavern, a burger and pizza joint, at 30790 Stagecoach Blvd.

“I know almost everyone in Evergreen because of those two restaurants,” Caldwell said. “But I want to get to know the new families and young residents who recently moved here through this new spot.”

For the last 10 years, the entrepreneur has been running the food and beverage programs for eight public golf courses in the region, including four in Denver, two in Westminster and one in Evergreen, with his brother Kevin and his former Brooklyn’s partner Dave Keefe.

Caldwell and Keefe opened The Original Brooklyn’s at 2644 W. Colfax Ave. near Mile High Stadium in 1983 and a second one next to Ball Arena when it opened in 1999. Keefe still owns both. 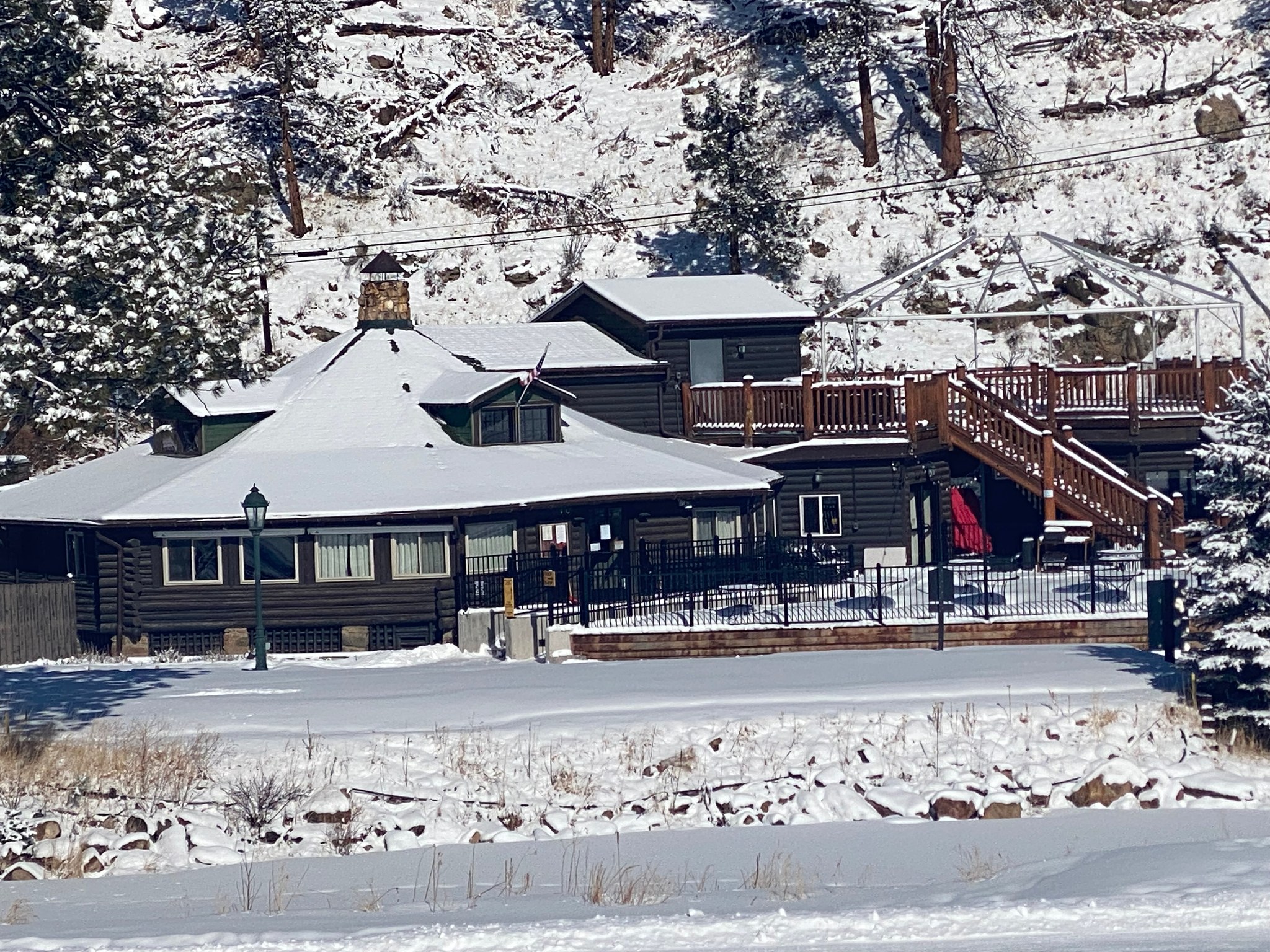 After taking over the food and beverage program for Evergreen Golf Course, Denver City and County Parks awarded Caldwell and his partners the management of Keys on the Green, the golf course’s original clubhouse, overlooking Evergreen Lake, which was converted into an upscale restaurant.

And in 2020 before the pandemic, Caldwell and another business partner, Rob Waterman, opened Parkside Cafe, a breakfast restaurant at 1338 County Road 65.

“There was a real need for a traditional sit-down breakfast place in the community,” Caldwell said. “I always ask people what they want to see.”

Caldwell is a beck and call kind of guy.

Just as he felt the community needed a breakfast place, the entrepreneur noticed a need for more mid-priced restaurants around town.

In January, he and Waterman signed a lease for Troutdale Tavern’s 5,000-square-foot space, previously home to Stagecoach Sports Grill. The tavern, which he hopes to open in May, will serve burgers with meat sourced from a local cattle rancher, wood-fired pizza, sandwiches and salads.

Broker Mark Valente and Shawn Sanborn with Sanborn and Co. represented the landlord in the Parkside Cafe deal, and he represented the Caldwell and Waterman in the Troutdale Tavern deal. 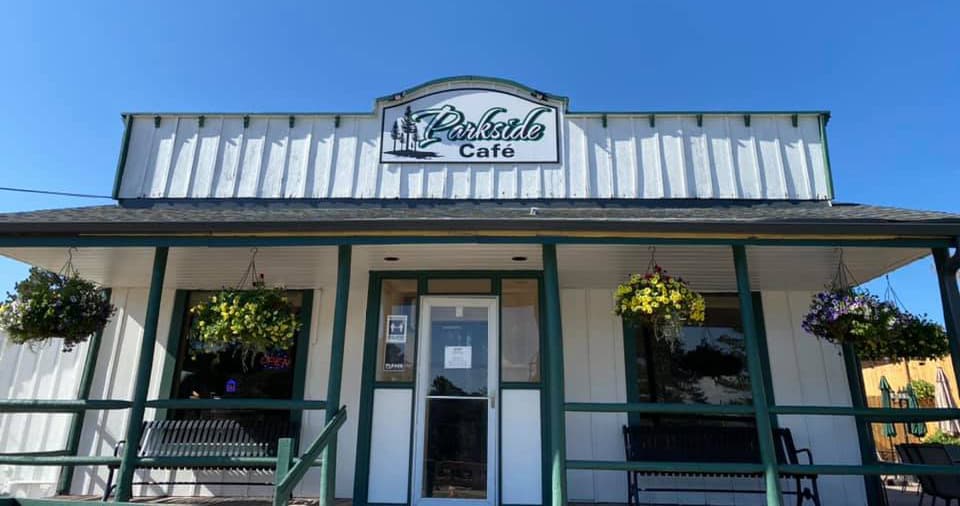 Troutdale Tavern is named after Evergreen’s historic Troutdale In The Pines Hotel, which was located half a mile from the golf course on Upper Bear Creek Road and closed in 1961. Wealthy and famous guests like Mary Pickford, Gretta Garbo and Clark Gable were on the guest list.

The tavern will showcase the hotel through historical photos and murals.

“People up in Evergreen are familiar with the Troutdale history and, if they’re not, we want to tell that story,” he said.

Last year, Caldwell set his sights back on Denver when an opportunity to open a coffee shop and bar on the ground floor of The Link office building came up.

Caldwell and Waterman opened Vibe Coffee and Wine at 1490 Curtis St. in downtown Denver in June.

Waterman is neighbors with one of The Link’s project managers and after inquiring about the project, he was offered the space. Caldwell had only ever had one cup of coffee in his life, and Waterman had no previous experience running a coffee shop. But with the help of their employees, they decided to take a chance. Evergreen’s historic Troutdale in the Pines, which closed in 1961, once welcomed wealthy and famous guests like Mary Pickford, Gretta Garbo and Clark Gable. (Courtesy of The Evergreen Experience)

The Link, a 12-story office building developed by California-based SteelWave and Miami-based Rialto Capital Management last year, has no office tenants yet, but Caldwell said the crowd from the Denver Center for the Performing Arts performances has helped keep things afloat.

The building’s developers paid for most of the build out of Vibe’s space, Waterman said.

Waterman and Caldwell met in the ’90s while running a transportation company to the casinos in the mountains. They also started Colorado Transportation, which provides transportation for individuals with disabilities and special needs, in 2017.

Caldwell made national headlines in 2019 after a discrimination case he was involved was settled.

After closing his White Fence Farm location at 1025 E. 9th Ave. in Capitol Hill in 2016, Caldwell found a Muslim father-and-son, Zuned and Rashad Kahn, who own Curry N Kebob, an Indian restaurant in Boulder, to sublease the space.

But the landlord, Katina Gatchis, a Greek woman who also owns Capitol Hill Liquors in the same building, refused to allow the subleasers due to their ethnicity.

Caldwell took some recordings of his landlord and her son saying “No Muslims.” He filed a lawsuit along with the Kahns in 2017, and Gatchis was forced to pay $675,000 to the men as a result of a settlement in 2019.

Craig Caldwell, 74, had only had one cup of coffee in his life before opening Vibe Coffee and Wine in Denver this summer. Now he’s getting ready to open Troutdale Tavern in Evergreen. (Lily O’Neill photo)

Craig Caldwell is 74 but he likes to keep busy. He’s getting ready to open another eatery, a burger and pizza joint called Troutdale Tavern.