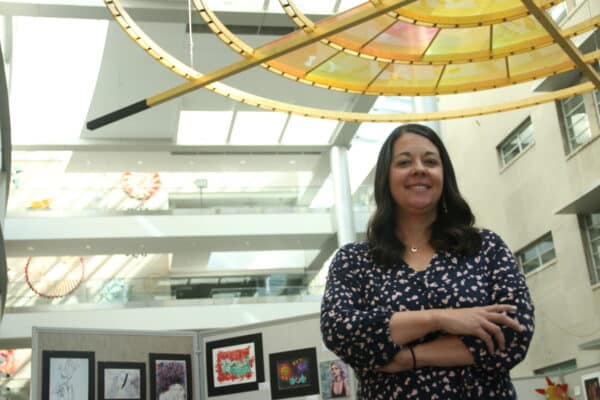 Molly Duplechian, the new director of the Department of Excise and Licenses, at the Wellington Webb Municipal Building. (Eric Heinz photo)

Molly Duplechian is now in charge of Denver’s system of determining whether to approve business licenses.

Duplechian was nominated to the position of Denver Excise and Licenses director in January and approved by the City Council on Monday. She replaced Ashley Kilroy, who ran the department for five years.

Duplechian has worked for the city since 2007, and she was a deputy director of policy and administration for the department for four years before being named the interim director in November.

In recent years, Duplechian was part of the team that made several overhauls to Denver’s licensing policies, including facilitating new requirements for security guards, the implementation of cannabis business licensing and the licensing of short-term rentals.

BusinessDen interviewed Duplechian on Tuesday after she took the reins of the department.

BusinessDen: We understand you want to reduce barriers for applicants to get licenses, to cut the “red tape.” Can you talk about the details of that approach?

Duplechian: “An example of that would be if an application expires or a license expires, allowing a little more flexibility of when we can kind of bring them back to life, as opposed to just saying, ‘It’s dead. Start all over again. Go back to square one.’ If there are opportunities for us to pick people up where they left off as opposed to sending them back to (the start), that’s just one idea of where we may be able to increase flexibility and provide a little bit more efficiency and be a little more business-friendly.”

Recovering from COVID, businesses are trying to regenerate. Is there any kind of assistance Excise and Licenses can provide when they apply or reapply for licensing?

“We saw a lot of businesses that either stopped their application during the middle of the pandemic or closed their business, but weren’t really intending for it to be temporary or permanent, and now they’re ready to get going again. We want to make sure that we’re meeting our goal of protecting public safety, but also being business-friendly and making sure that we’re not too hard to work with.”

We’ve been hearing that established cannabis businesses are not contracting with many social equity license holders. What are some ways that licensing could maybe try to incentivize or try to encourage these businesses to contract with social equity businesses?

“We’ve been trying to reach out and talk to those (established) businesses to see what is stopping them from going in that direction. There are a lot of contributing factors, and licensing doesn’t seem to be one of those, but the fees come into play. We can continue to look at and determine whether there’s any flexibility or value in us looking at the fees for the established industry. That is definitely something we’d consider.”

“This first year is purely optional, voluntary licensing. So, we don’t know how many people will opt in, but we want to get as many people in the door as possible. Our focus right now is going to be awareness of the license. This is a big audience that we have to reach, and we want to make sure that they’re aware of the requirements to comply.”

“We continue to get inquiries from different businesses. Groups of businesses (two or more) have to come together. One of the challenges is finding those other businesses that want to go into that agreement. We haven’t seen anybody submit a full complete application yet. I think a lot of things have changed since we initially released this license, but there are more opportunities for extended patios now, more outdoor dining options that don’t require this license type. I think there will be the right kind of business concept that finally decides that this is the right option for them. We’re just in the answering questions phase.”

Since the city changed its requirements for security guard licenses in 2018, including training and more stringent background checks, what was the effect of those changes?

“I think it was a successful overhaul in modernizing some licensing policies that we had, just really looking at how security guards operate today and making the policy and the code match that a little bit closer. Prior to that overhaul, there weren’t any training requirements for security guards that wanted to get licensed in Denver. There were people like ushers who weren’t doing any type of security guard function. But as the letter of the law and the old code said, they had to have a license. But we don’t need to send ushers through a 16-hour training course once a year.”

Have the new security guard license requirements helped the city crack down on any bad actors and businesses that don’t have adequate security?

“It’s a good example of the collaborative approach that we take here in Denver and how the license is an additional tool to address people that are violating both our licensing laws but also creating violent situations. It’s an area where we will continue to collaborate with the Denver Police Department.”

How are the preparations coming along for the massage parlor license businesses will need to have by July?

“Just like with residential rentals, our initial focus is making people aware of the need to be licensed. And that way DPD will have that tool available to them if there is anybody violating the law. If we identify somebody that doesn’t have a license, that gives (police) additional tools to take action against that business so they can then cite them for operating without a license and have a little bit more teeth to their enforcement. Just the application for the license will allow us some additional information about (the massage business).”

What is your general philosophy when it comes to administering the Excise and Licensing Department and what do you hope to accomplish in this role?

“As we identify things over the next couple of months where we can make improvements, that excites me. I’m relieved we did it with security guards, short-term rentals and marijuana. I think I  have that track record of taking things that have been existing, but freshening them up a little bit and making them a little more modernized.” 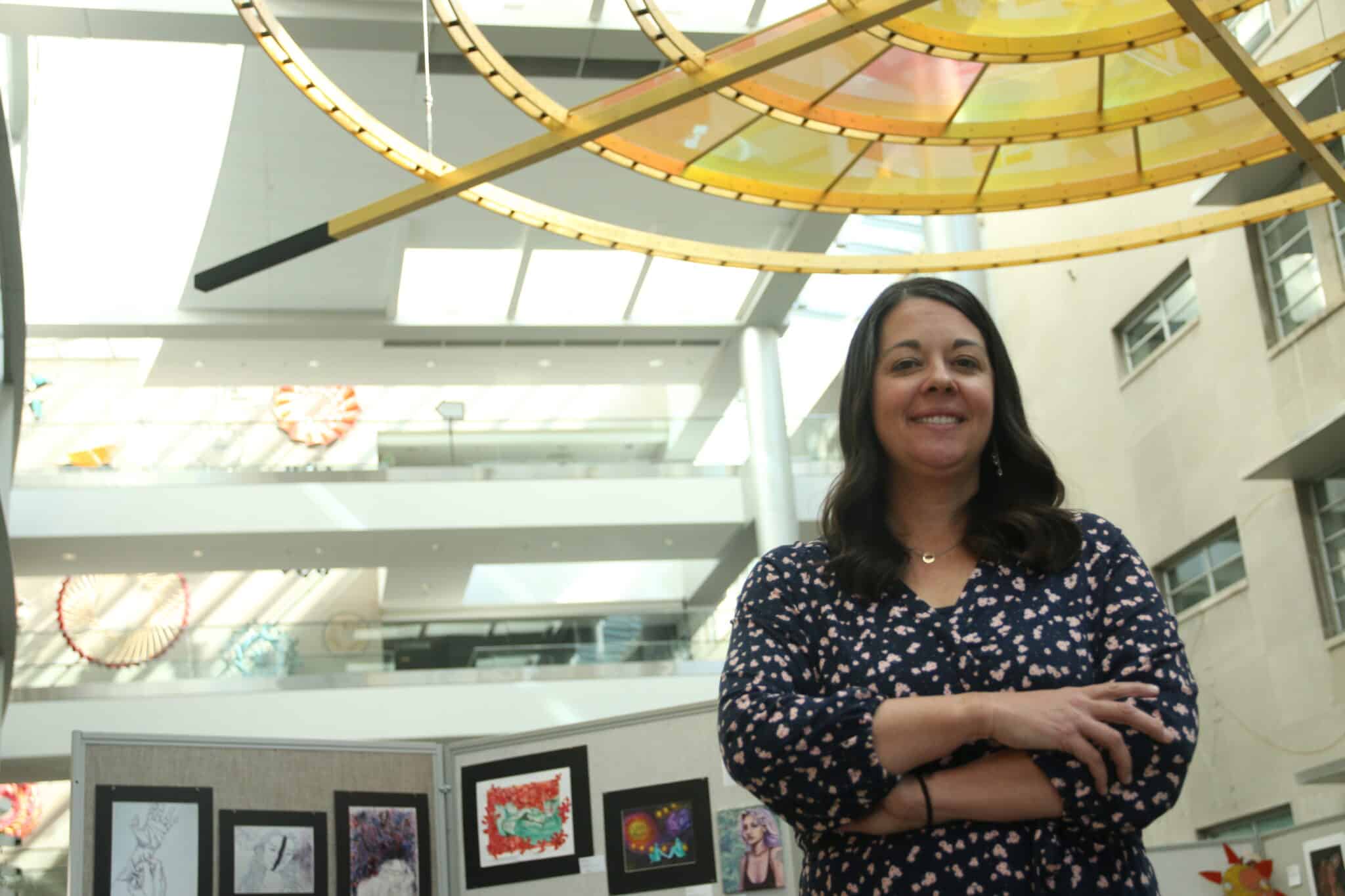 Molly Duplechian, the new director of the Department of Excise and Licenses, at the Wellington Webb Municipal Building. (Eric Heinz photo)

She shared her thoughts about licensing with BusinessDen after being confirmed as the department head by the Denver City Council on Monday.