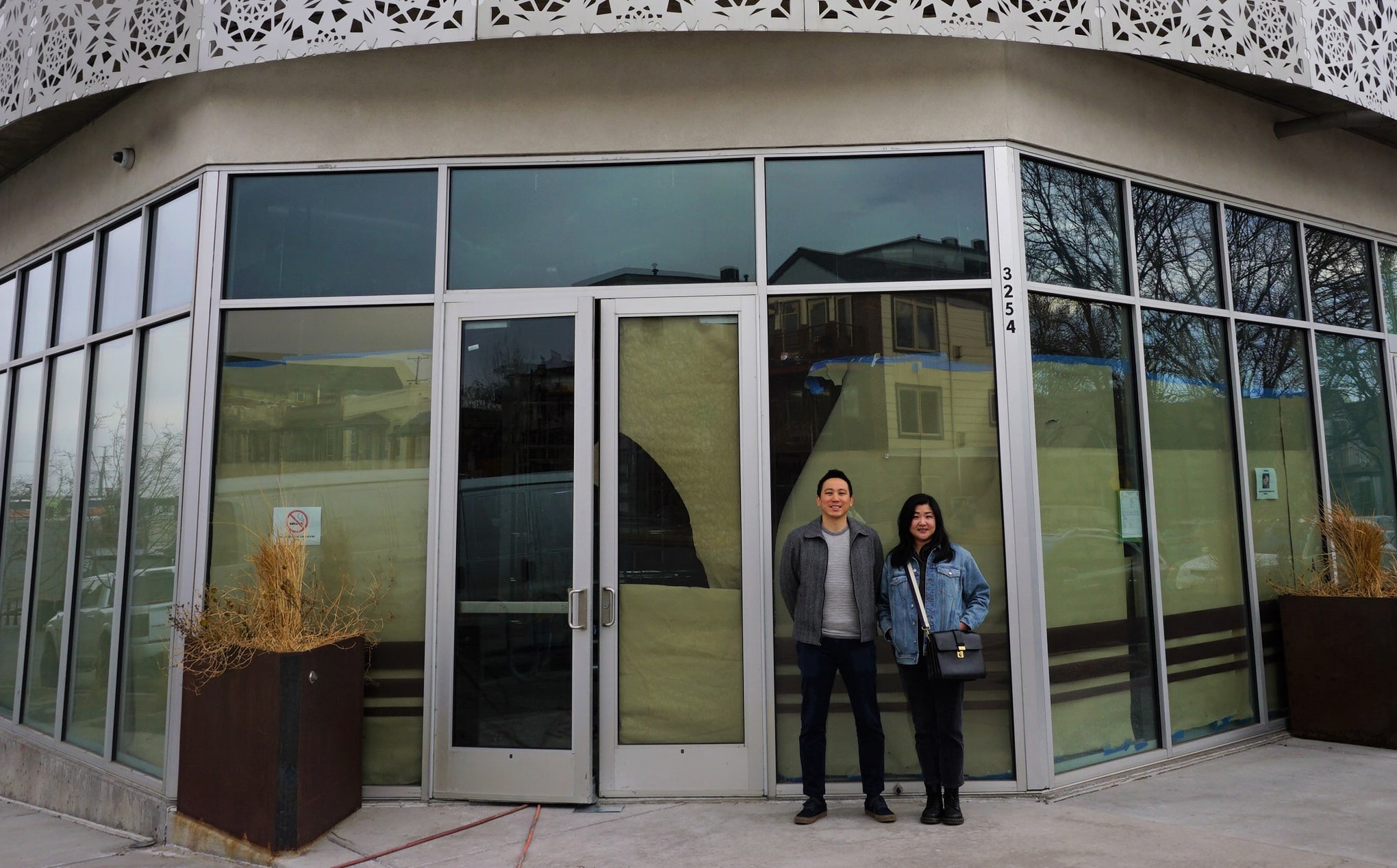 Chefs Tim Lu and Lillian Cho met in New York and moved to Denver in 2018 to pursue their dream of opening their own business. (Lily O’Neill photo)

Lillian Cho and Tim Lu, a married pastry chef and executive chef, were living in New York City and dreaming of opening their own business.

“We wanted a different lifestyle, and opening a restaurant in New York would have been more than we wanted to put in,” Cho said.

“Basically, the rent is so high in New York that you have to be open for multiple services a day, seven days a week, just to pay rent,” Lu said. “And more people are opening in Queens, Brooklyn or Jersey City. But we didn’t want to do that because we lived in Manhattan.”

Four years later, the couple’s vision is coming to life with Noisette, a French restaurant and bakery they’re working to open at 3254 Navajo St. in LoHi.

“We’ve run restaurants for other people. But now, it’s our turn,” Lu said.

Lu and Cho graduated from the International Culinary Center in 2008 and worked in fine-dining restaurants, particularly French ones, for nearly 15 years. Lu was previously an executive sous chef for Michelin-starred restaurant Le Coucou and Cho was a pastry sous chef for Ai Fiori in New York City.

After moving to Denver, Lu helped open Beckon in RiNo as a sous chef and Cho was working as a baker at Crema Coffee House. 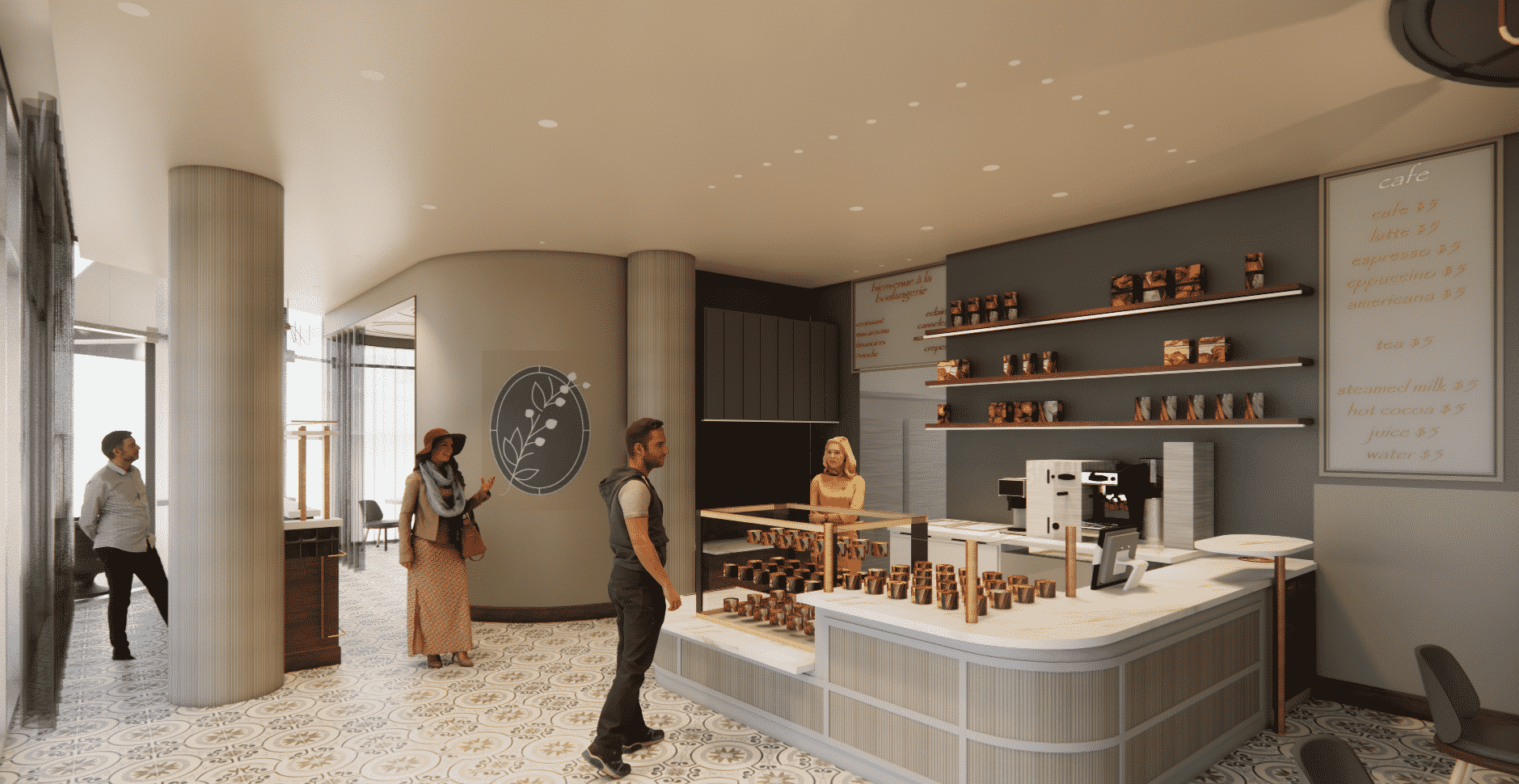 A rendering of Noisette’s bakery, which will sell French pastries, bread and other items. (Courtesy of LIVStudio)

Over the past few years, they’ve been looking for a space to fuse their skills with French cuisine. And in July, they signed a 10-year lease with landlord Edee Anesi for the nearly 3,000-square-foot space on the ground floor of the Lumina Apartment building.

It was previously home to the second location of Telluride-based restaurant There, which opened in 2016 and closed during the pandemic.

“There are no French restaurants close by. So, we’re just hoping to offer something that the neighborhood will like,” Cho said. “And with a changing menu, we’re hoping to get a lot of regulars.”

The couple hopes to open Noisette this summer.

Cho will run the 700-square-foot bakery, which has a separate entrance from the restaurant, and plans to sell French bread, chocolates, macarons and pastries, such as Baba au Rhum, a yeast cake saturated with rum, and Tarte Tropézienne, a filled brioche. There will also be savory items, like terrine, pate en croute and sandwiches.

Lu is in charge of the 2,100-square-foot restaurant and wants the menu to focus on “cuisine bourgeois,” which in French means the home cooking of middle-class families. The rotating, seasonal menu has not been set yet, but Lu said entrees will consist of a protein, sauce and classic French side dish, such as rice pilaf or a potato puree.

“We want it to feel like you’re eating at your grandmother’s house,” Lu said.

After years of working underneath some great chefs, the duo is excited to finally put their own spin on things.

“There’s definitely much more at stake. But we’ve done it before, and we’re ready to see our own vision through this time,” Cho said.

Chefs Tim Lu and Lillian Cho met in New York and moved to Denver in 2018 to pursue their dream of opening their own business. (Lily O’Neill photo)