A local coworking company is expanding into the Park Hill and Sunnyside neighborhoods, taking over two existing spaces that have been managed by a developer.

Both projects were developed by Denver-based HM Capital Group, which had been managing the coworking spaces within them.

McCall Perry, HM’s director of real estate operations, said the firm had previously worked with Baute and decided his experience in the industry would be a plus.

“We basically just think they’re going to kind of give a new energy into the spaces and that they’re just better qualified to manage it,” Perry said. “We’re kind of planning to work with them collaboratively behind the scenes. We’re still going to have our offices in both of the coworking spaces as well.” 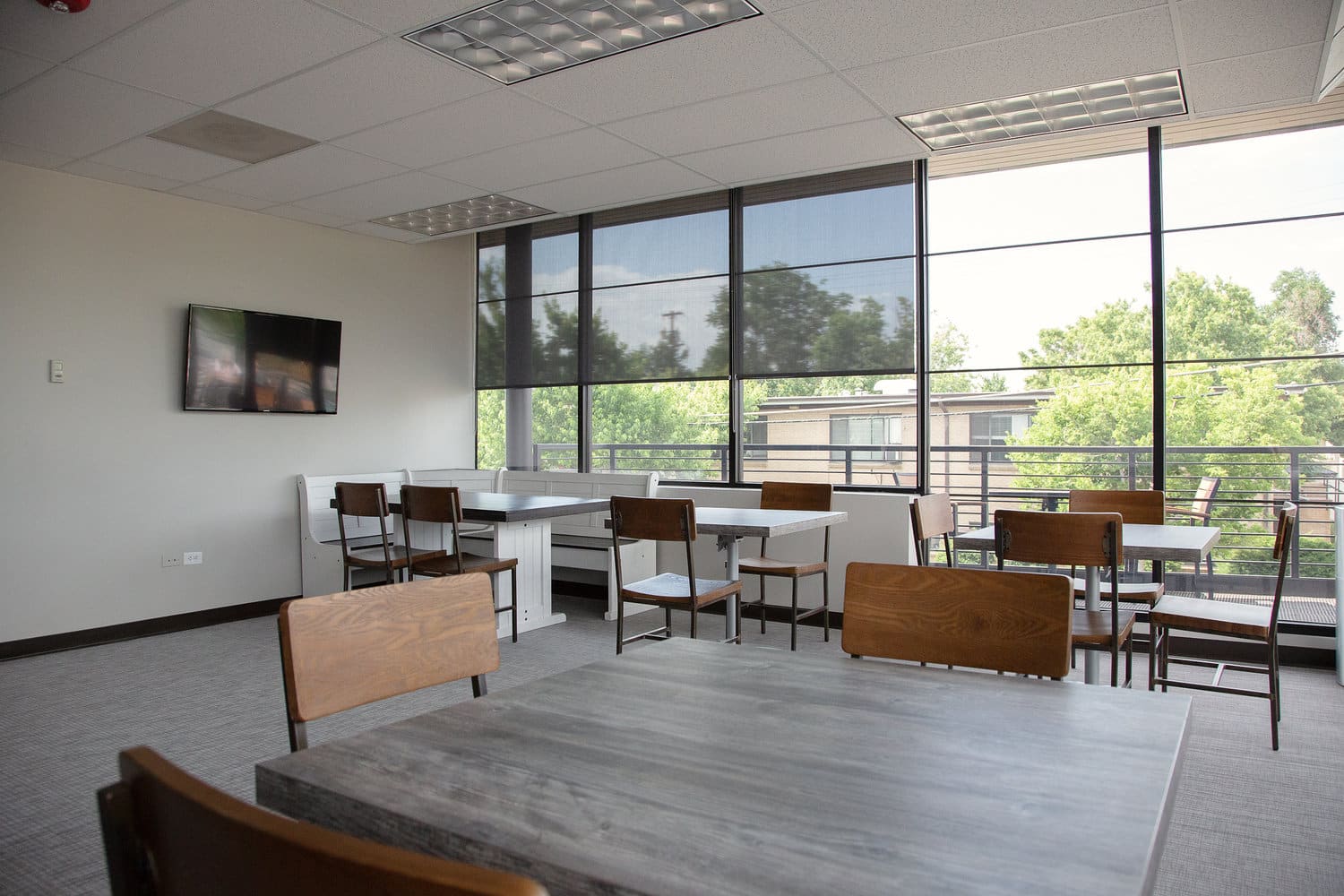 A sample workspace available at Forty45 Coworking, which will soon be rebranded.

Forty45 Coworking has been up and running since 2018, and Park Hill Coworking since 2020. The plan is to rebrand the locations in two to three months.

Leasing prices at both locations are expected to stay “pretty much the same,” Baute said. Park Hill coworking has been charging $125 for a shared hot desk and $325 for a dedicated desk, with private offices starting at $625. Forty45 has similar pricing.

Baute said offices at both locations are about 85 percent leased. Shared hot desks are at about 30 to 40 percent capacity.

Baute said he’s planning to create more private offices within both locations and is working with HM Capital on a profit-sharing agreement.

Creative Density has three other locations in Lone Tree and the Denver neighborhoods of Cap Hill and Uptown.

Baute said the coworking industry has been seeing more business in recent months with the waning of COVID-19. He said he only had a few tours booked for potential tenants between December and January, but more have been booked since then.

HM Capital Group had been managing the 16,000 square feet itself before making the deal with Denver-based Creative Density.