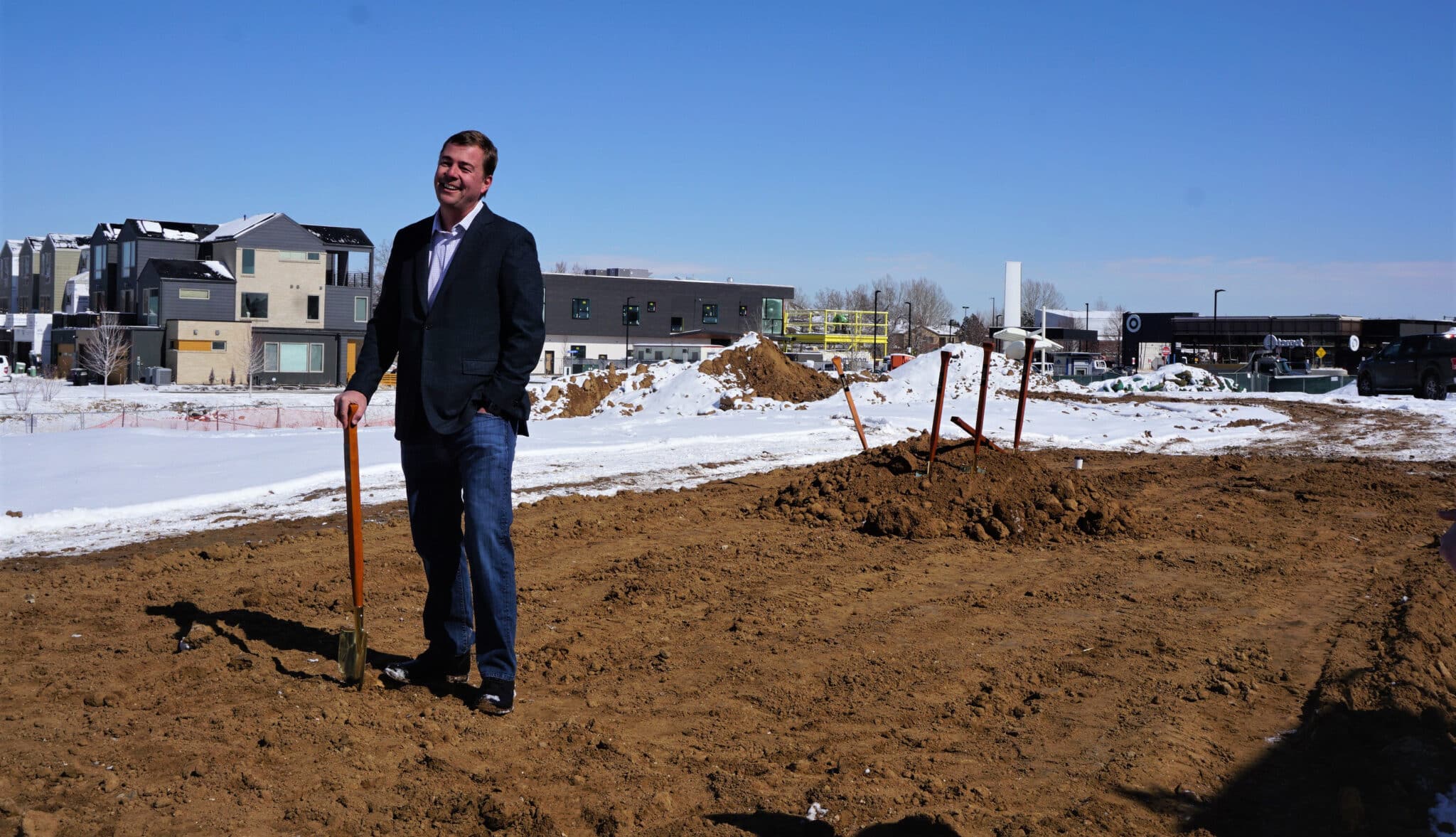 Clark’s Market President Tom Clark Jr. has grown his dad’s mountain grocery store into a chain that will now include a Denver location. (Lily O’Neill photos)

Tom Clark had no plans to expand Clark’s Market to Denver when he opened the grocery store in Aspen in 1978.

But his son, Tom Clark Jr., had a bigger vision for the company.

This week, the developers behind the Exchange at Boulevard One retail complex in Lowry broke ground on Clark’s Market’s first location in Denver. 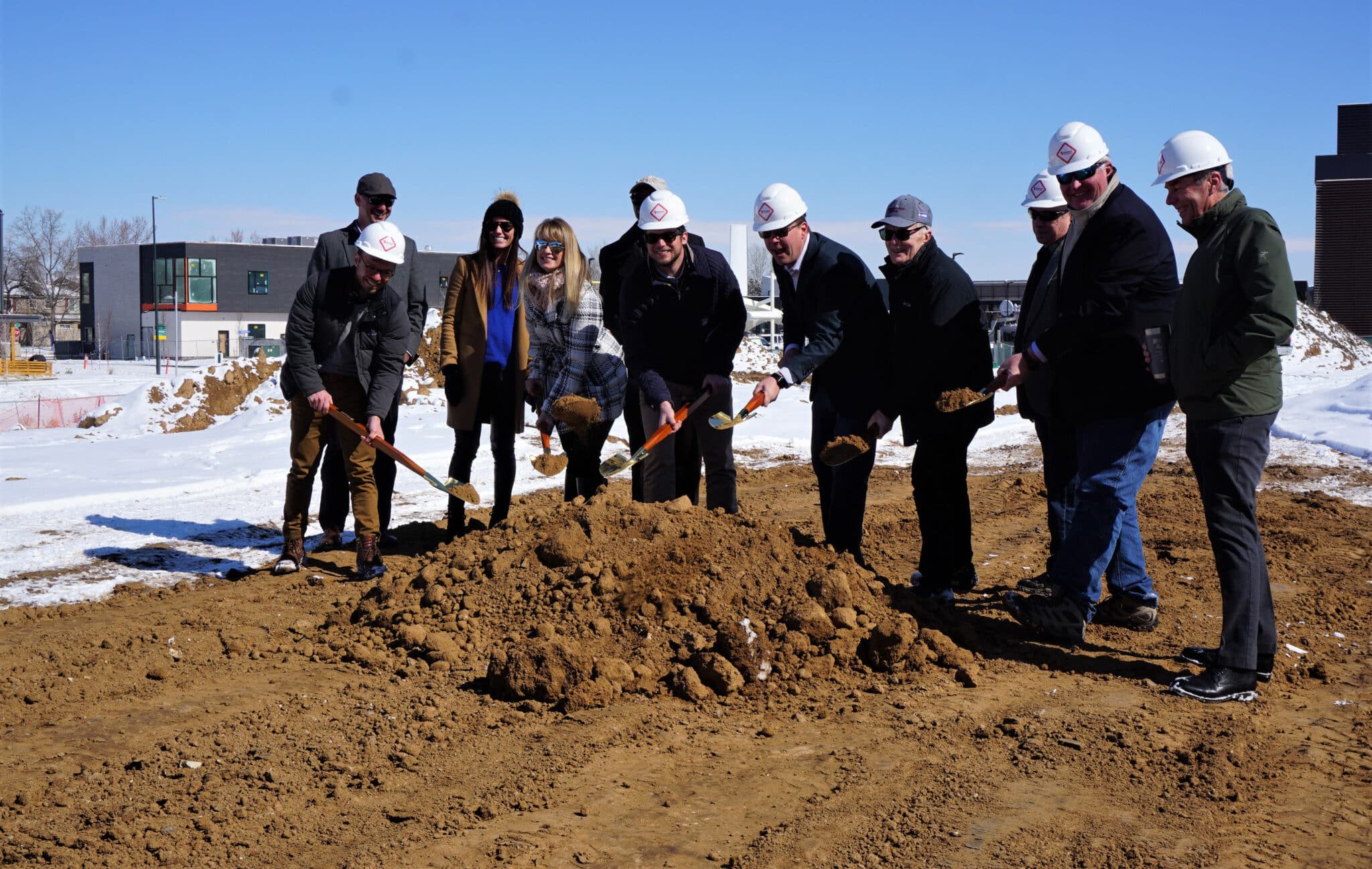 The Exchange at Boulevard One team, which included Confluent Development and Kelmore Development, held a groundbreaking ceremony for Clark’s Market on Thursday.

“We’ve been looking toward Denver for the last five years. We had some people who frequent our stores in the mountains call us up and tell us about the Lowry opportunity, and the conversation started from there,” Clark said.

The 25,000-square-foot Clark’s, expected to open next January, will join Target as the co-anchor of the retail complex being developed by Englewood-based Kelmore Development and Denver-based Confluent Development at the southwest corner of 1st Avenue and Quebec Street.

The grocer has six other locations in Colorado mountain towns, including Aspen and Telluride, and a total of three stores in Utah and Arizona. 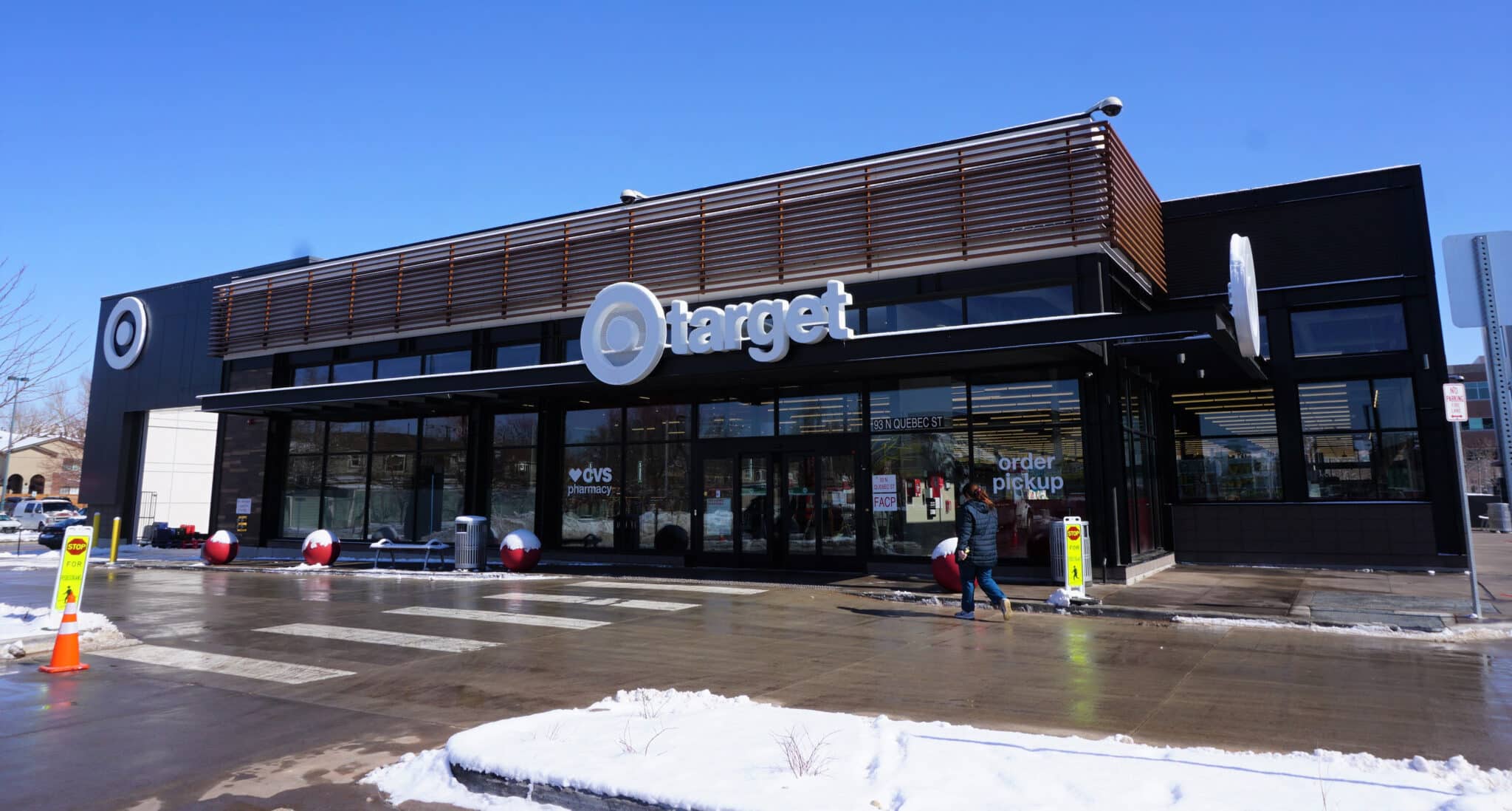 A small-format Target opened in the retail complex as a co-anchor in October.

David Larson with Legend Partners represented Clark’s in the deal, and Courtney Key with SullivanHayes represented the developers.

Clark hopes this will be the first of many Clark’s Markets in and around Denver, although that vision is still in the early stages.

“We’re a small company. So, we move slowly and deliberately. We’ll see how this store is received and make plans from there,” he said.

In addition to Target, which opened in October, Clark’s Market will be joining 15 previously announced tenants, including Torchy’s, SCL Health, Sushi Ronin and Mod Pizza.

Clark’s Market President Tom Clark Jr. has grown his dad’s mountain grocery store into a chain that will now include a Denver location. (Lily O’Neill photos)

Clark’s Market will join Target as a co-anchor of a retail center in the Lowry neighborhood.