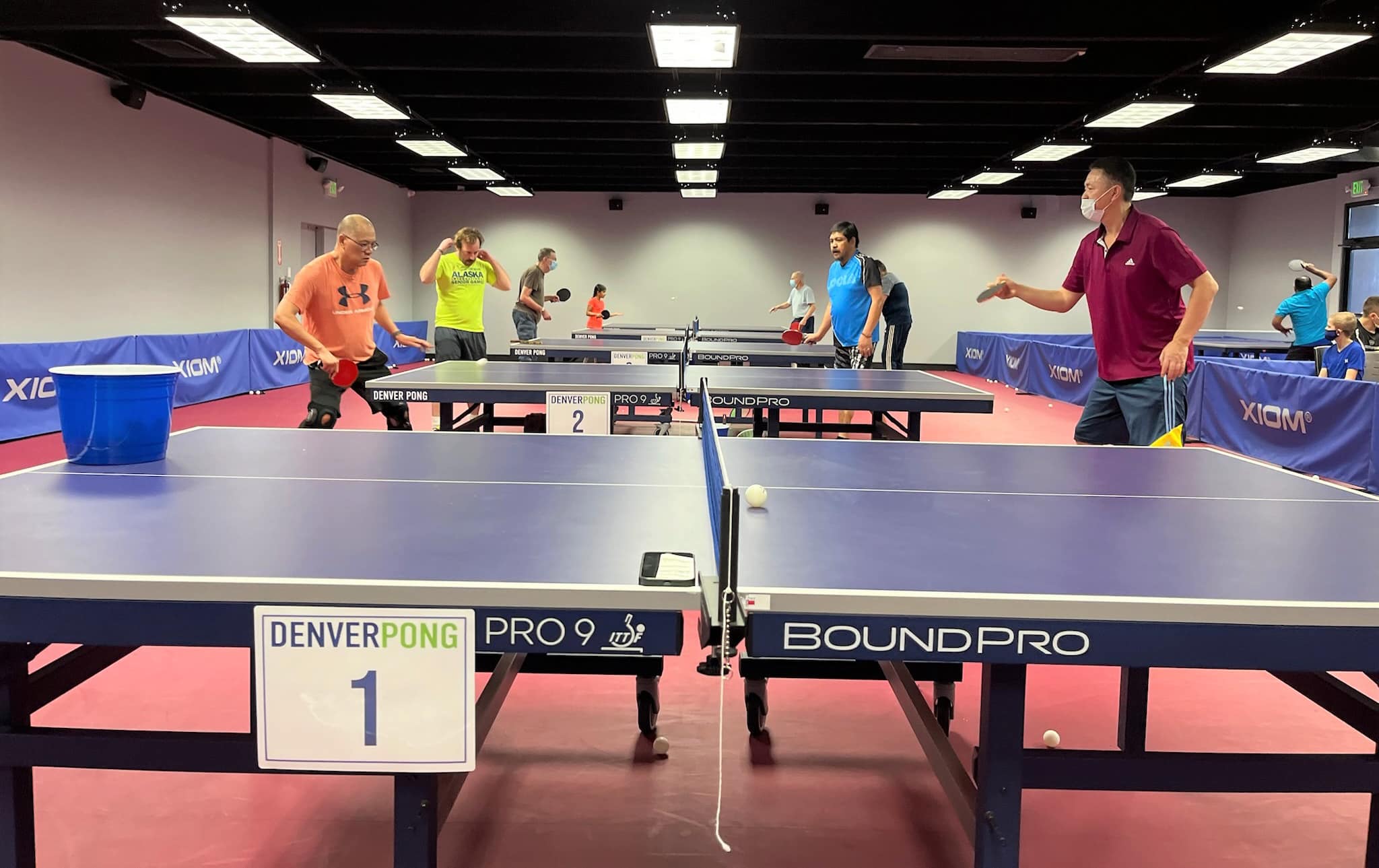 DenverPong has six tables for open play and one is reserved for lessons. (Photo courtesy of DenverPong)

Gordon Kaye found his passion for ping pong while stuck in the locker rooms as a professional ice hockey manager in Pennsylvania.

When one of the players from his team Reading Royals, which plays in the mid-level professional league ECHL, asked for a ping pong table in the locker room, Kaye was quickly intrigued.

“I ended up playing myself for five hours a day,” Kaye said. 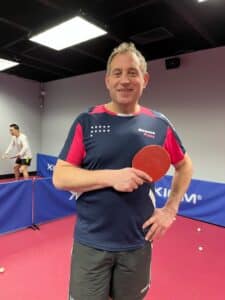 He started playing in a local club and at tournaments, and in 2014, he decided to step off the ice. He moved to Colorado and became CEO of USA Table Tennis, the nonprofit organization responsible for cataloging and sanctioning table tennis tournaments in the country.

He later moved into a role with the International Table Tennis Federation, then started a consulting firm for the industry and became a U.S. distributor for XIOM, a Korean table tennis manufacturer.

But he was dismayed by the lack of local ping pong clubs in Denver. So, in October last year, he opened DenverPong at 1559 S. Broadway in the Overland neighborhood.

“We want to be a vehicle for this diverse community,” Kaye said. “Most clubs in Denver closed because of COVID. A lot of the table tennis clubs are in community centers or public facilities. So, this is the first of its kind in Denver.”

DenverPong’s 3,000-square-foot space has professional flooring and seven tables, one of which is reserved for lessons.

Unlike Ace Eat Serve, an Asian restaurant with 10 ping pong tables that opened in Cap Hill in 2012, DenverPong will not serve food or drinks, although guests are free to bring their own. 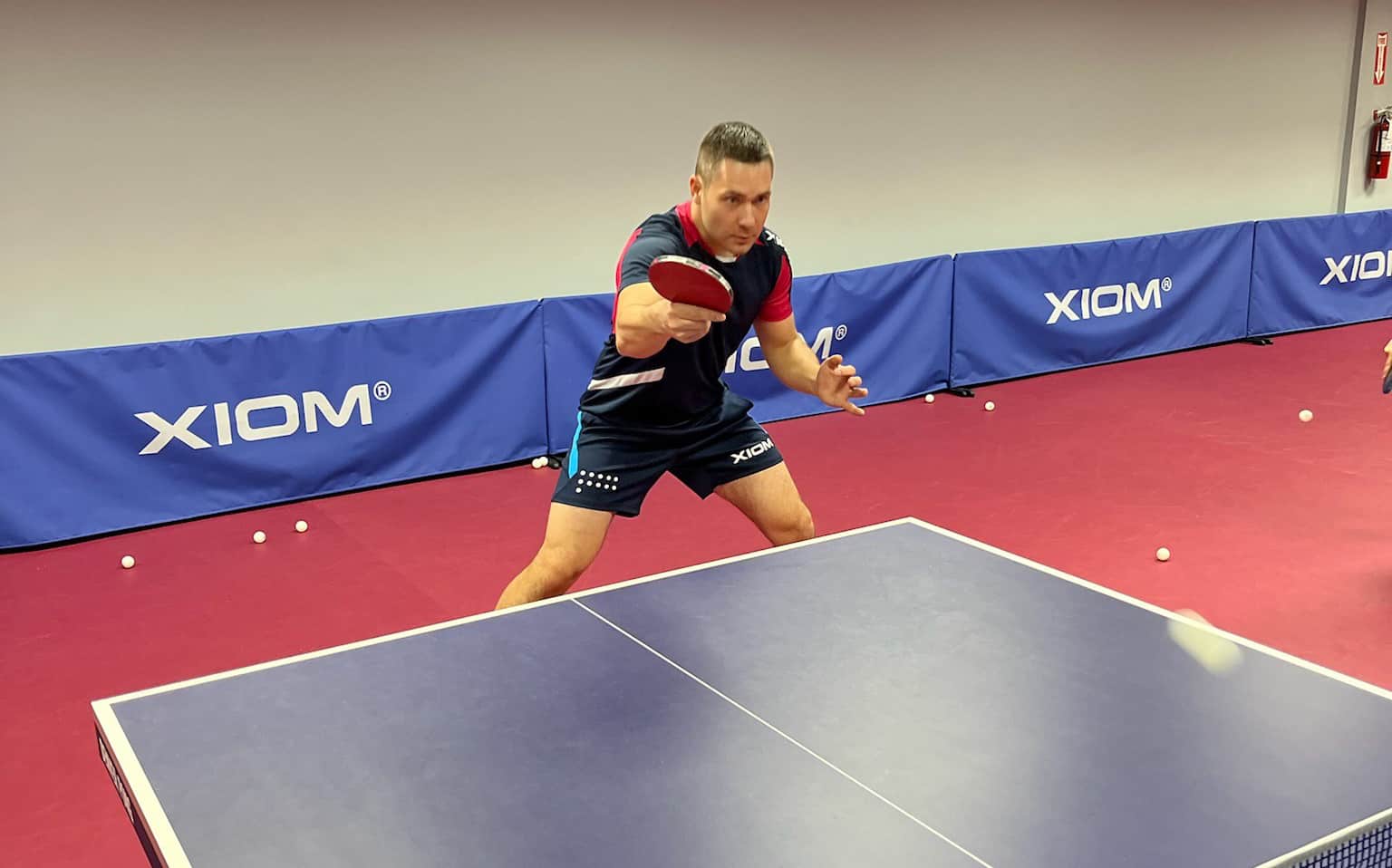 DenverPong has 42 members and has hosted about 260 players since opening in October. (Photo courtesy of DenverPong)

“Ace Eat Serve is a great place, but their community is built around the restaurant piece of their business,” Kaye said. “I don’t have the time or experience to deal with food and beverage, but Josh (Wolkon) has done an amazing job building the ping pong experience into his restaurant. We want to focus more on just coming in and playing ping pong.”

Visitors to DenverPong can play at any table for an unlimited time for $15 (although it’s free your first time in). There’s also a $100 monthly membership that gets players unlimited access, discounted equipment, and two buddy passes for free. Kaye said the club has 42 members and has hosted around 260 players.

The location has paddles available for free. It also sells paddles, other equipment and apparel. DenverPong will also start hosting leagues this month. 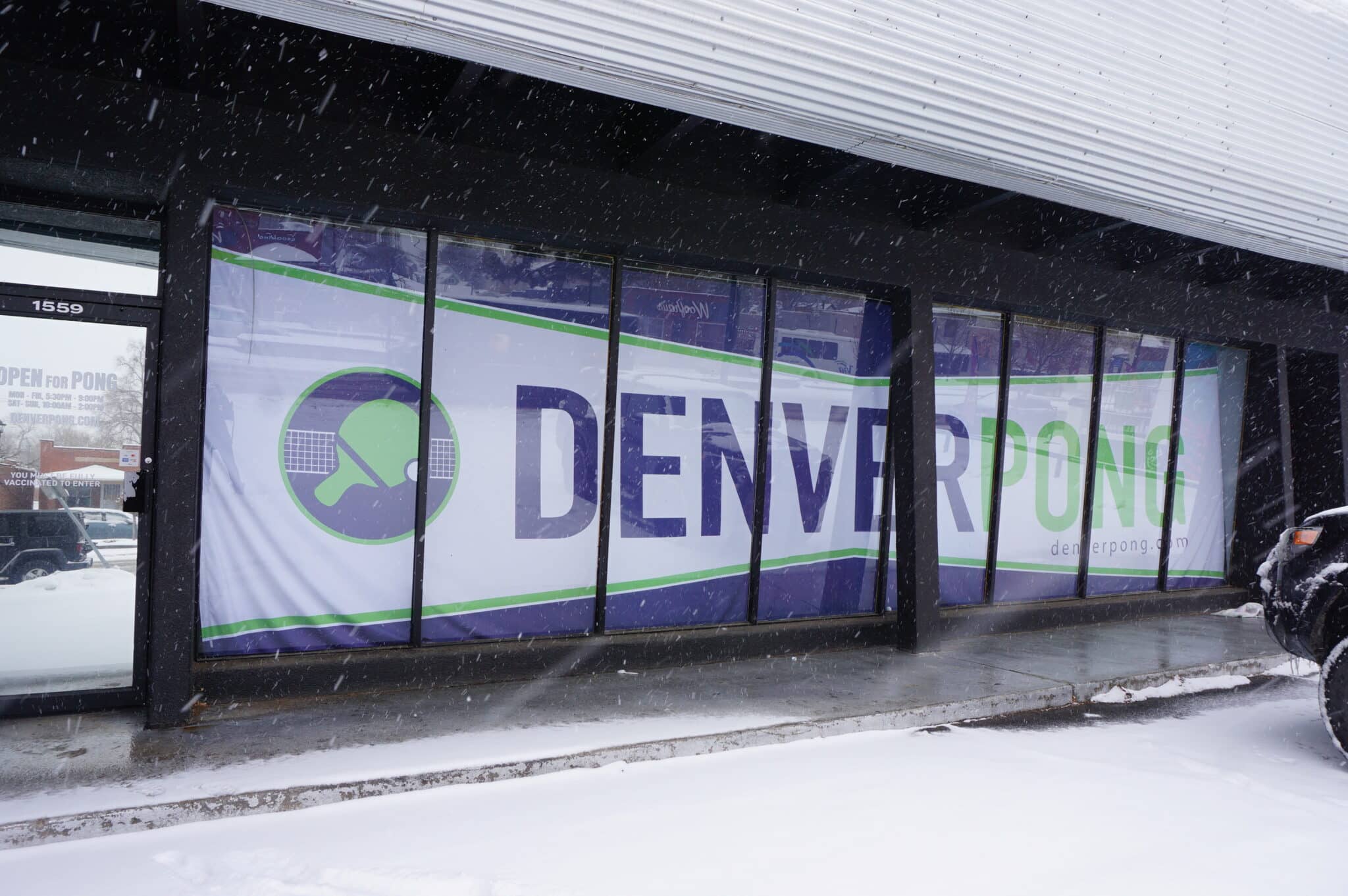 DenverPong is at 1559 S. Broadway in the Overland neighborhood. (Lily O’Neill photo)

“What I love about ping pong is how inclusive it is,” Kaye said. “You have a mix of lawyers and painters playing each other. Tim Wang, who is a two-time Olympian, will come and train here. We have 80-year-olds that come in, and we have a young man that’s 11 and we can’t get him to leave, and the kid is fearless — he’ll go up and challenge anyone.”

Kaye bought the 7,360-square-foot building on South Broadway in October 2020 with a private investment group for $1.8 million, according to property records. In addition to DenverPong, a portion of the property is used for his distribution business, and there’s a 1,300-square-foot space available for lease.

DenverPong is open from 5:30 to 9 p.m. Monday through Friday and from 10 a.m. to 2 p.m. on Saturday and Sunday. But Kaye said he often finds himself giving the keys to members, who just can’t seem to put down the paddle, to lock up.

“I like coming every day, seeing people and being a part of the club,” Kaye said. “I generally don’t want to leave. I have a family, so I have to be home. But if I didn’t, I’d be here seven nights a week.”

DenverPong has six tables for open play and one is reserved for lessons. (Photo courtesy of DenverPong)

The former CEO of USA Table Tennis was dismayed by a lack of clubs in Denver, so he opened DenverPong. It has seven tables and costs $15 for unlimited play.