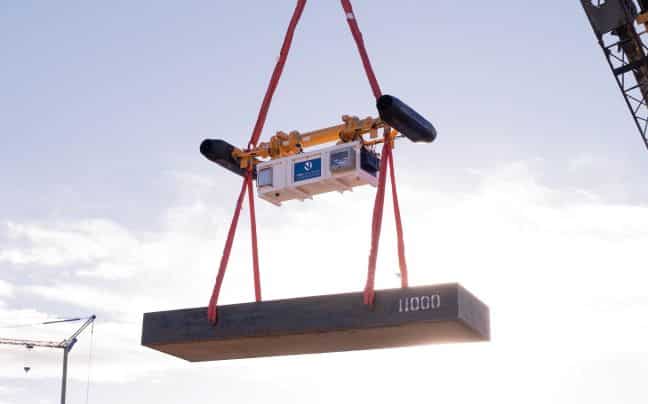 Vita Inclinata is “finally in our go-to-market phase,” according to a co-founder.

After about five years of research and development, the Broomfield-based startup selling helicopter and crane load stabilization systems has launched three of its planned seven products in the last nine months.

Vita Inclinata recently leased a 13,000-square-foot manufacturing facility, which will expand the space the company carved out for production in its existing 6,800-square-foot headquarters.

But co-founder and Chief Technology Officer Derek Sikora said the company is already hoping that it can find a much larger space in the near future, where it can combine all operations under one roof.

“We’re generating revenue now, selling and delivering products and supporting our customers, so the business has been greatly de-risked,” Sikora said. “Our customers have been waiting so long for us to deliver product, and we’re ready to deliver, but we just need to be able to produce it in a high-quality fashion.”

Vita Inclinata, founded in 2015 by Sikora and CEO Caleb Carr, is headquartered at 295 Interlocken Blvd. To date, the company has raised a total of $27.3 million in capital, according to Sikora.

In 2009, at 15 years old, Carr was training as a volunteer search-and-rescuer in northern Oregon when his instructor collapsed of an apparent heart attack. A National Guard helicopter flew in, planning to rush Carr’s instructor to a hospital. But strong winds swung the rescue basket too much to get through the dense forest for an airlift, and the instructor died on the mountain.

Since then, the two have been working to develop technology that will stabilize cables lowered from helicopters. And they eventually created a “Load Stability System” using high-powered fans and motion sensors that attach to the bottom of any helicopter hoist to give pilots greater control and counteract violent motions caused by weather or human error. 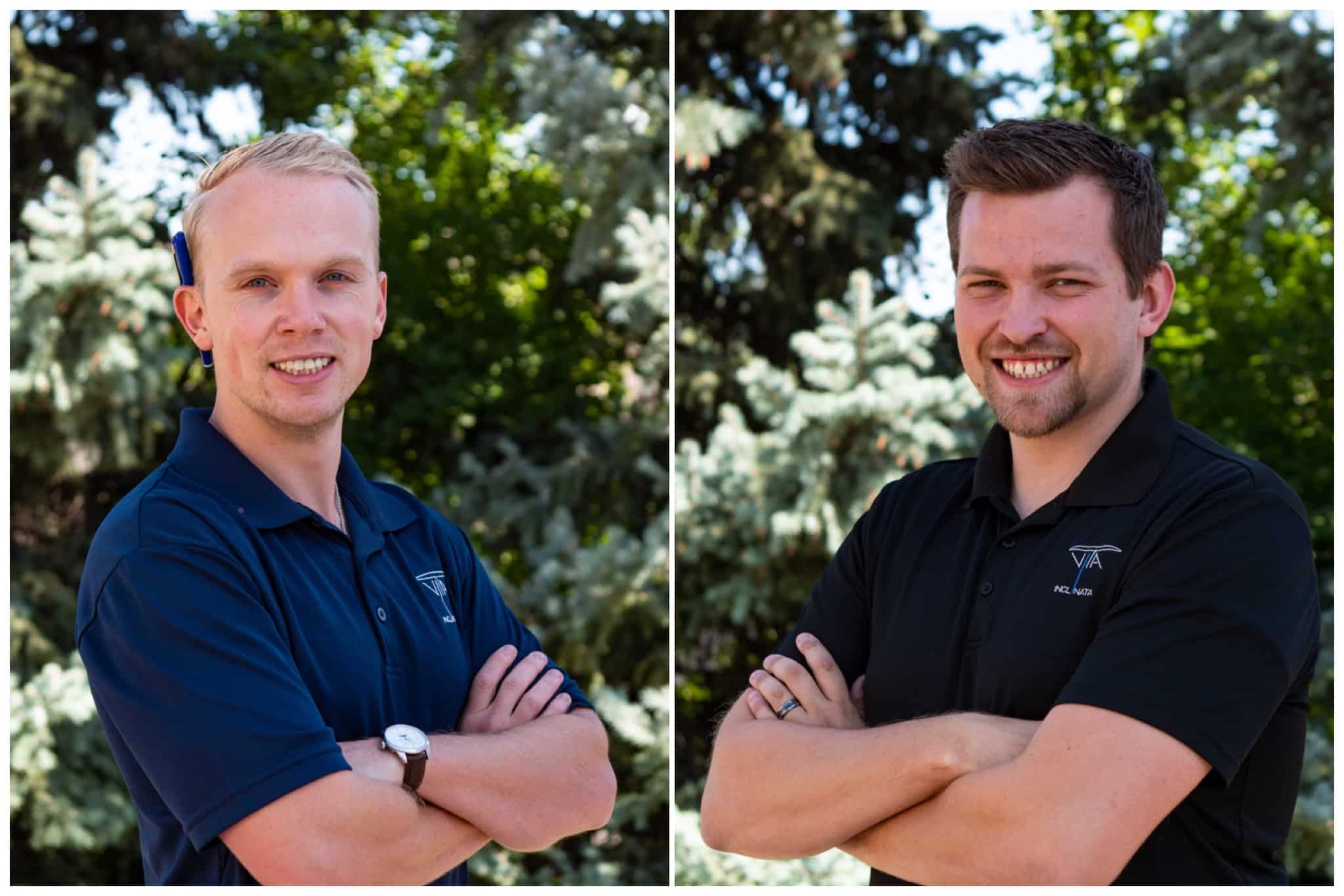 Derek Sikora, left, and Caleb Carr are the co-founders of Vita Inclinata.

In 2018, the startup was accepted into the Air Force Accelerator Powered by Techstars and received some $50,000 from the Air Force’s innovation arm. The founders were featured in Forbes’ “30 Under 30” in 2019.

The company’s latest lease, for 13,000 square feet at 555 Alter St. in Broomfield, will house the primary production of the company’s Vita Load Navigator, a heavy-duty stabilization system for cranes that mount to spreader bars and hoist loads over 25,000 pounds.

“Our demand is far exceeding our supply, which is a great problem to have,” Sikora said. “Before we secured this facility, we had only 4,000 square feet of functional manufacturing space in Broomfield, and we were bursting at the seams there. We have seven products in production there with 20 people hands-on, and they can only move so fast.”

The Navigator is one of three products that Vita Inclinata has launched in the last nine months.

The others are the Vida Load Pilot, the original cargo stabilization system under helicopters that has since evolved into a product that stabilizes loads under construction cranes, and the Vita Rescue System, which attaches to litter baskets, bags and other rescue systems to provide a safe operation from ground to helicopter. The U.S. Army purchased 15 of the latter for 2022, according to Sikora.

“We’re at this beautiful tipping point in the company, where we’re finally capitalizing on, after five years of research and development, this complex aerospace and robotics system,” Sikora said.

Vita plans to open its new production facility in early March and hire up to 20 people. The startup, which has a staff of 65, signed a lease for less than three years for the facility.

But Sikora has 100,000 square feet on his mind. In the next year or so, he hopes to find a larger, more permanent headquarters, whether in Broomfield or elsewhere in Colorado.

“While we’re up and running and producing assets, we’re looking forward as to how we can build out a much larger facility, multiply our workforce by four and merge our manufacturing, production, sales, support and customer service departments for all of our products under one major Vita Inclinata headquarters,” Sikora said.

Vita Inclinata leased a 13,000-square-foot manufacturing facility and plans to hire 20 more employees when it opens in March.