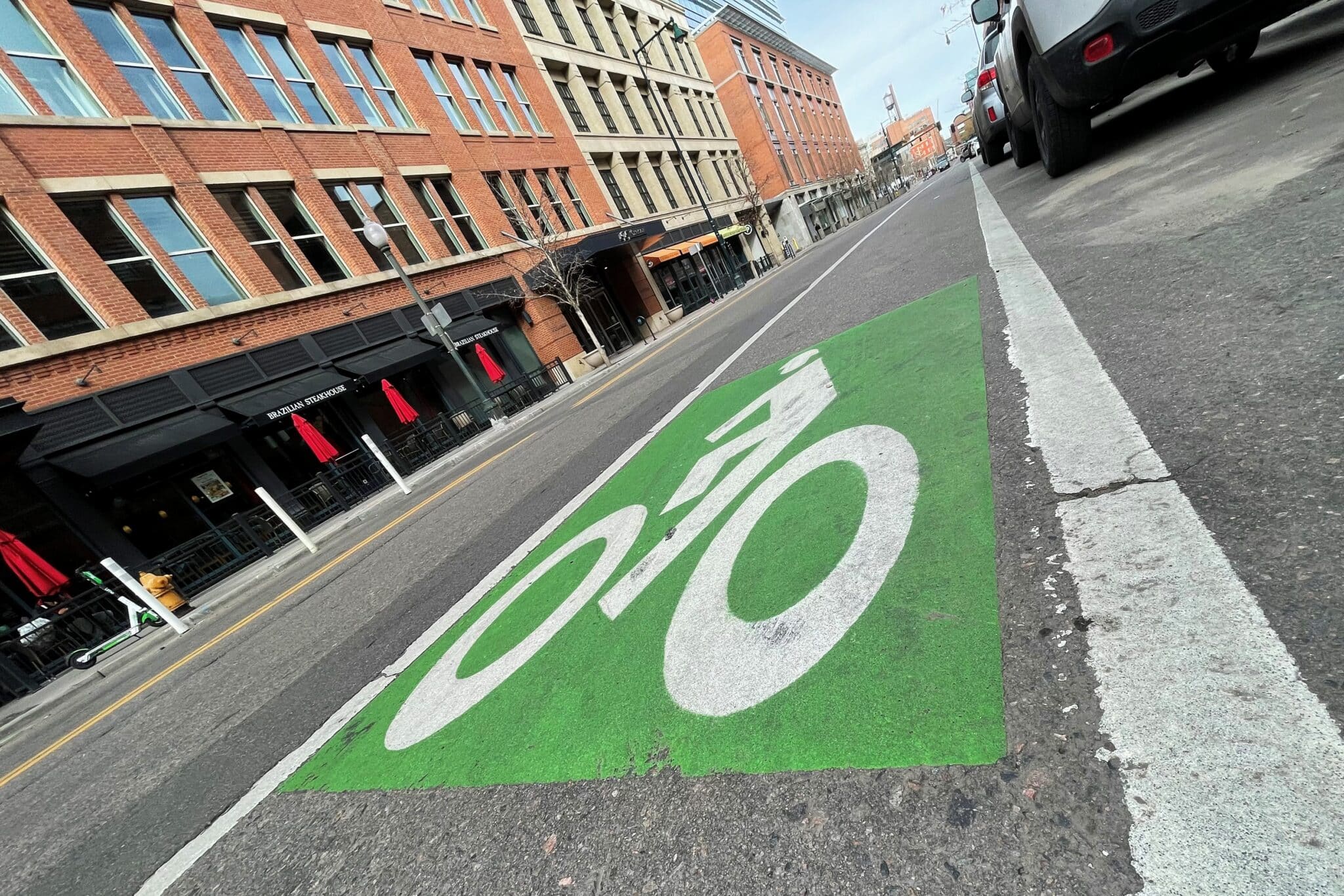 Denver is more than halfway through a five-year plan to add 125 miles of bicycle lanes in the northwest, central downtown and central south parts of the city. (Eric Heinz photo)

One of the goals is to establish a “high-comfort” bike lane — which the city defines as one that is protected or gives cyclists more ownership of the road — within a quarter mile of every household, said Jennifer Hillhouse, the city’s transportation mobility planning director.

Hillhouse said 73 percent of Denver homes are that close now. She said the city could also “tweak” some bike lanes if they cause traffic or safety issues.

“What we do find is that as we narrow the roadway with installing the bike lanes, we are adding friction to our streets, so people are slowing down and ultimately choosing different routes depending on the corridor,” Hillhouse said.

The three areas where bike lanes are being implemented are the downtown neighborhoods, the central-south part of the city and the northwest corridors.

Following the 125-mile project, Hillhouse said the city will focus on the Globeville and Elyria-Swansea neighborhoods.

DOTI spokeswoman Vanessa Lacayo told BusinessDen the goal is not to get as many miles as possible — it’s about trying to connect people to routes throughout the city.

“We are a growing city … and so we know that it’s critical for us to offer other options,” Hillhouse said. “People will continue to drive. But to serve our residents, we need multiple options for people to get around our city in a safe way.”

Mayor Michael Hancock’s “mobility action plan” sets long-term goals for transportation across all modes, with a goal of increasing bicycle, walking or public transportation trips by 30 percent within the next decade to help reduce greenhouse gas emissions.

Hillhouse said the city is testing a pilot program that tracks the number of bicyclists using the lanes and will compile that data to determine how much each lane is being used.

Individual maps of where bike lanes have been completed, are under construction or planned are available on the city’s community transportation networks website.

Denver is more than halfway through a five-year plan to add 125 miles of bicycle lanes in the northwest, central downtown and central south parts of the city. (Eric Heinz photo)