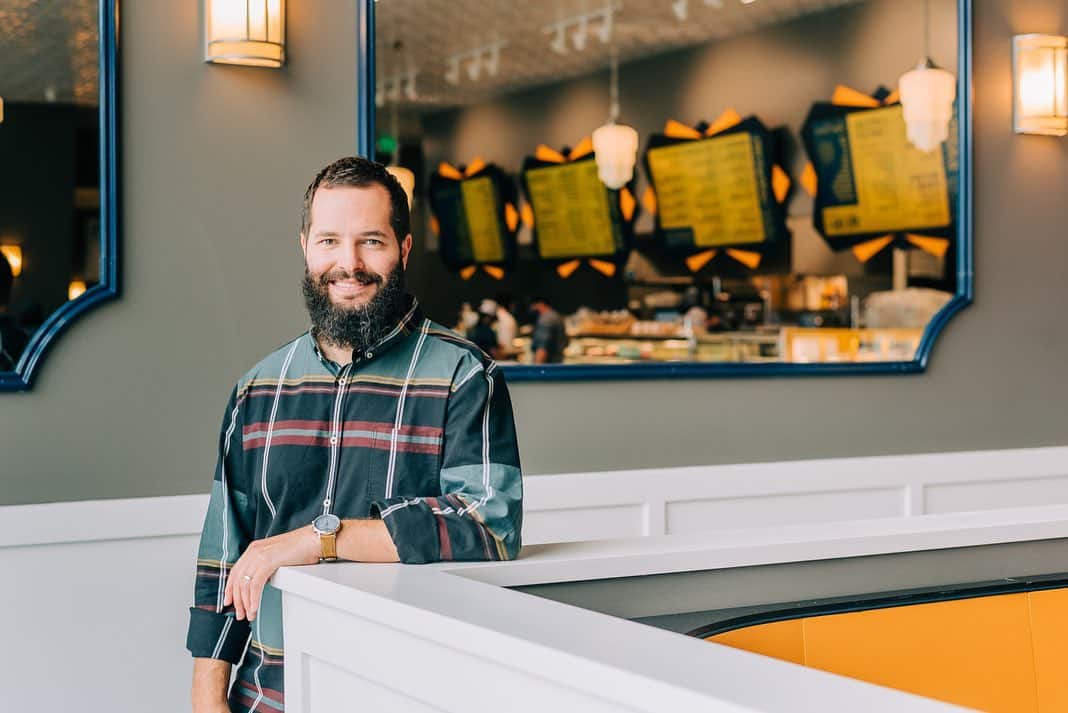 Rosenberg’s Bagels owner Joshua Pollack said he is uncertain about the company’s future after a COVID outbreak forced him to close down two of his locations this week. (Photos courtesy of From the Hip Photo)

Joshua Pollack is being pushed to the brink.

The Denver restaurateur, who started Rosenberg’s Bagels & Delicatessen in 2012 and grew it to four Front Range locations specializing in New York City-style bagels, is closed this week at two spots because of a COVID outbreak amongst his employees.

He has COVID, too, as does his wife and two kids.

And his Boulder location can only do takeout because the windstorm that propelled the destructive Marshall Fire knocked out the power for two weeks.

“Rosenberg’s Bagels might not exist in Colorado next year,” Pollack said. “That’s where we’re at.”

The local deli, which mimics NYC water to create the sort of bagel Pollack grew up with near The Big Apple, temporarily closed its Five Points restaurant at 11 a.m. Saturday, around the end of its morning rush. And its Stanley Marketplace location in Aurora closed abruptly on Sunday an hour before service ended at 3 p.m. Three to five employees at each location tested positive for COVID in the middle of their shifts.

Pollack, a 38-year-old University of Colorado grad, said he hopes to reopen the two stores on Friday if enough workers test negative. He said he needs around 11 to open.

But the cost of business is weighing on him, he said. 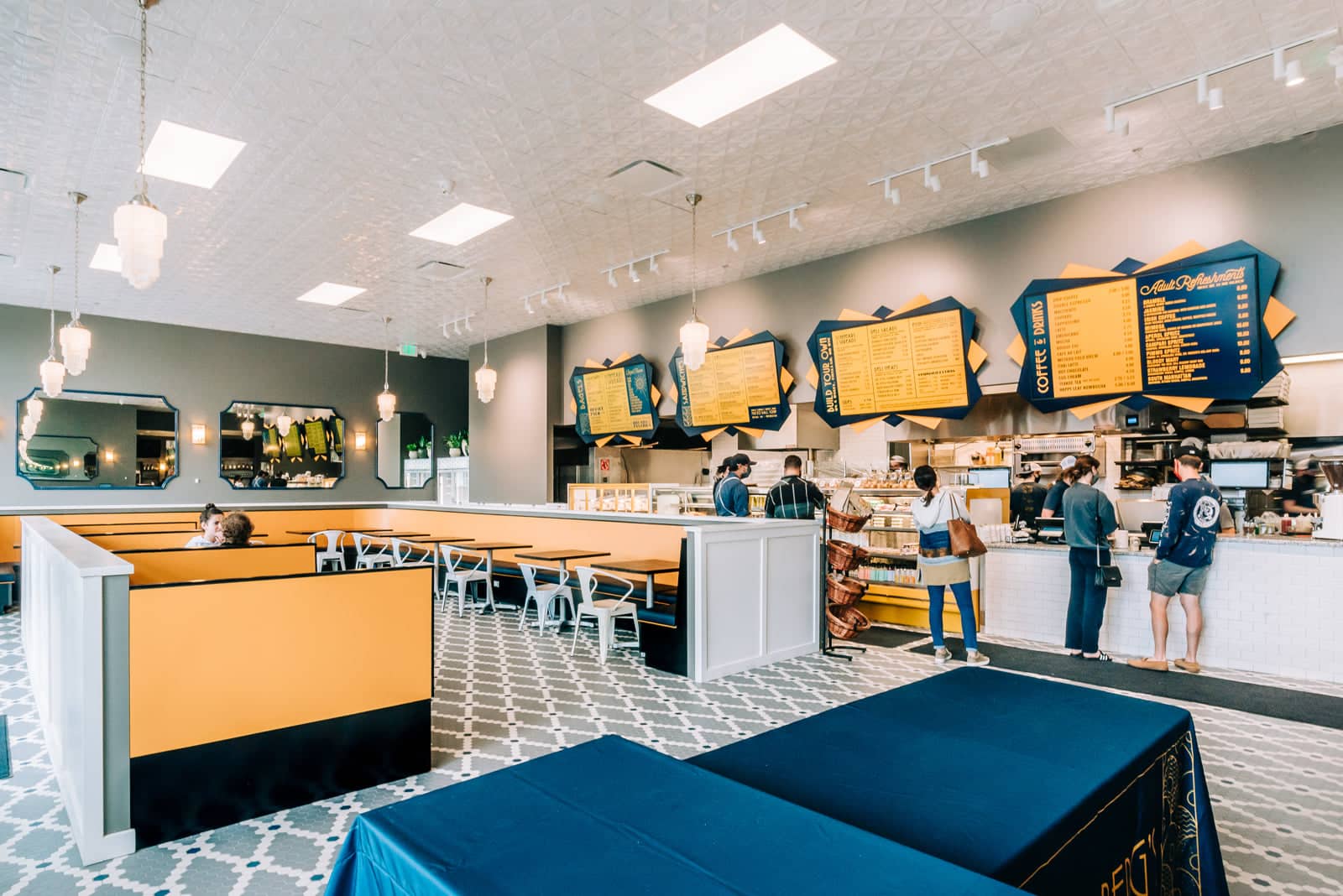 Rosenberg’s Boulder location, which opened last May, closed at the end of December after the wind storm blew the store’s power out and fried its equipment, Pollack said. He reopened the store on Tuesday for takeout and delivery only, which he said he may have to do at the other two locations in order to reopen with a smaller staff.

Pollack said he’s losing $40,000 a week in sales at each closed location. Rosenberg’s Kosher, Pollack’s kosher deli that opened in 2018 after merging with The Bagel Store, remains open on Fridays and Sundays.

And even though he said his stores are seeing some of their highest sales in the history of the business, profits are evaporating because of costs such as sick leave, at-home COVID tests and rising supply costs.

Pollack said Rosenberg’s has 130 employees, who are all vaccinated and required to wear masks in the bagel shops.

“I’m a big Jared Polis fan, but with him trying to solve this problem by allowing paid sick leave to happen, he shouldn’t be taxing the businesses to do so,” Pollack said, referring to the Healthy Families and Workplaces Act that Gov. Jared Polis signed in 2020, requiring smaller employers to also allow workers to accrue paid leave at a rate of one hour per 30 hours worked for up to 48 hours or six days per year. 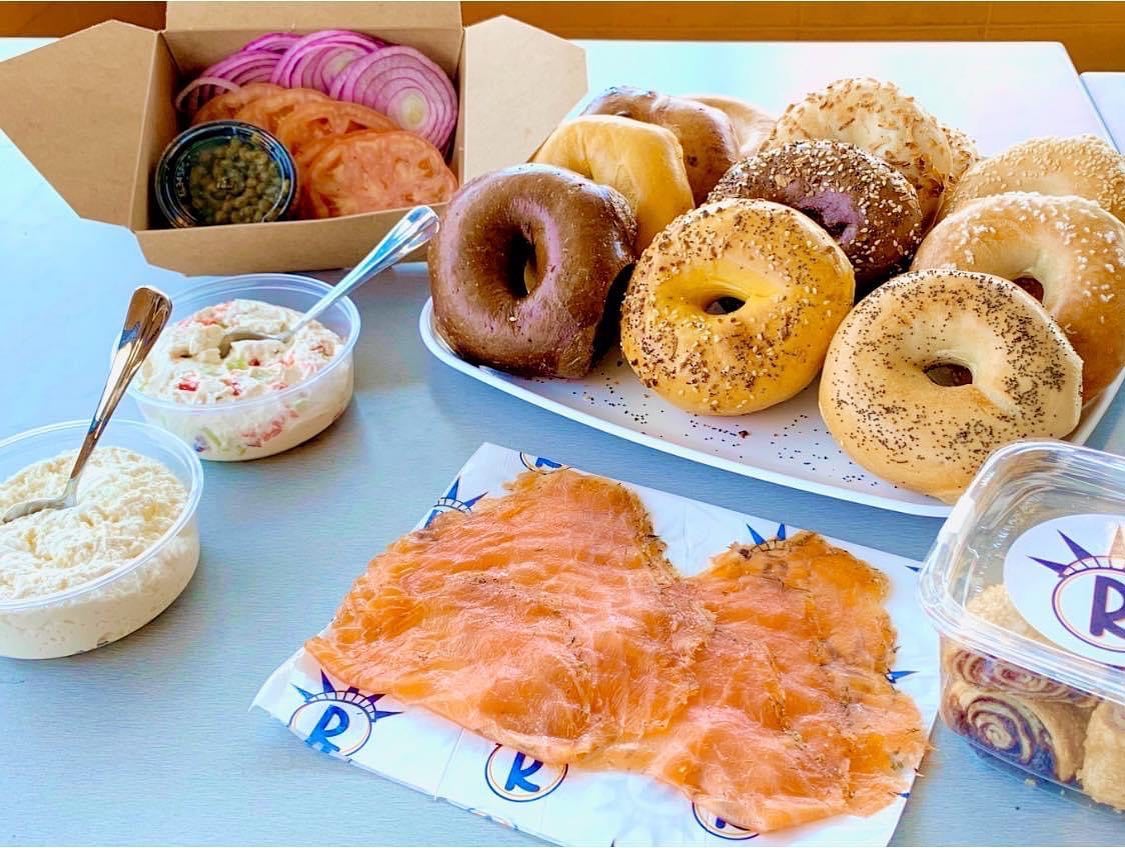 Rosenberg’s Bagels mimics the properties of New York City water to create the sort of bagel owner Joshua Pollack grew up with.

Pollack said he’s dismayed at the lack of support from the local government.

“We don’t have free tests, which I’ve tried to order seven times through the free-testing program, but they’ve never come,” he said. “I’ve paid thousands of dollars for my own at-home tests to test my employees; I have to pay for them to stay at home sick, and I have to pay all my bills and rent when I can’t operate my stores and recoup any income. We have to deal with insanely high prices and costs, and it’s got us up against the wall and really thinking about whether we want to do this. We’re having those hard talks.”

Pollack faced another flare-up in 2016 when there was an arson at his Five Points store and he was forced to close for five months. “That was just a drop in the bucket compared to this,” he said.

“The only thing that’s going to help at this point is money,” he said. “Plus access to testing that’s accurate and fast is paramount, which has been talked about for the last six to eight months and it’s still not happening.”

For now, Pollack said he’s going to keep on bageling.

“I hope bankruptcy is not on the horizon,” he added.

Rosenberg’s Bagels owner Joshua Pollack said he is uncertain about the company’s future after a COVID outbreak forced him to close down two of his locations this week. (Photos courtesy of From the Hip Photo)

“Rosenberg’s Bagels might not exist in Colorado next year,” Pollack said. “That’s where we’re at.”