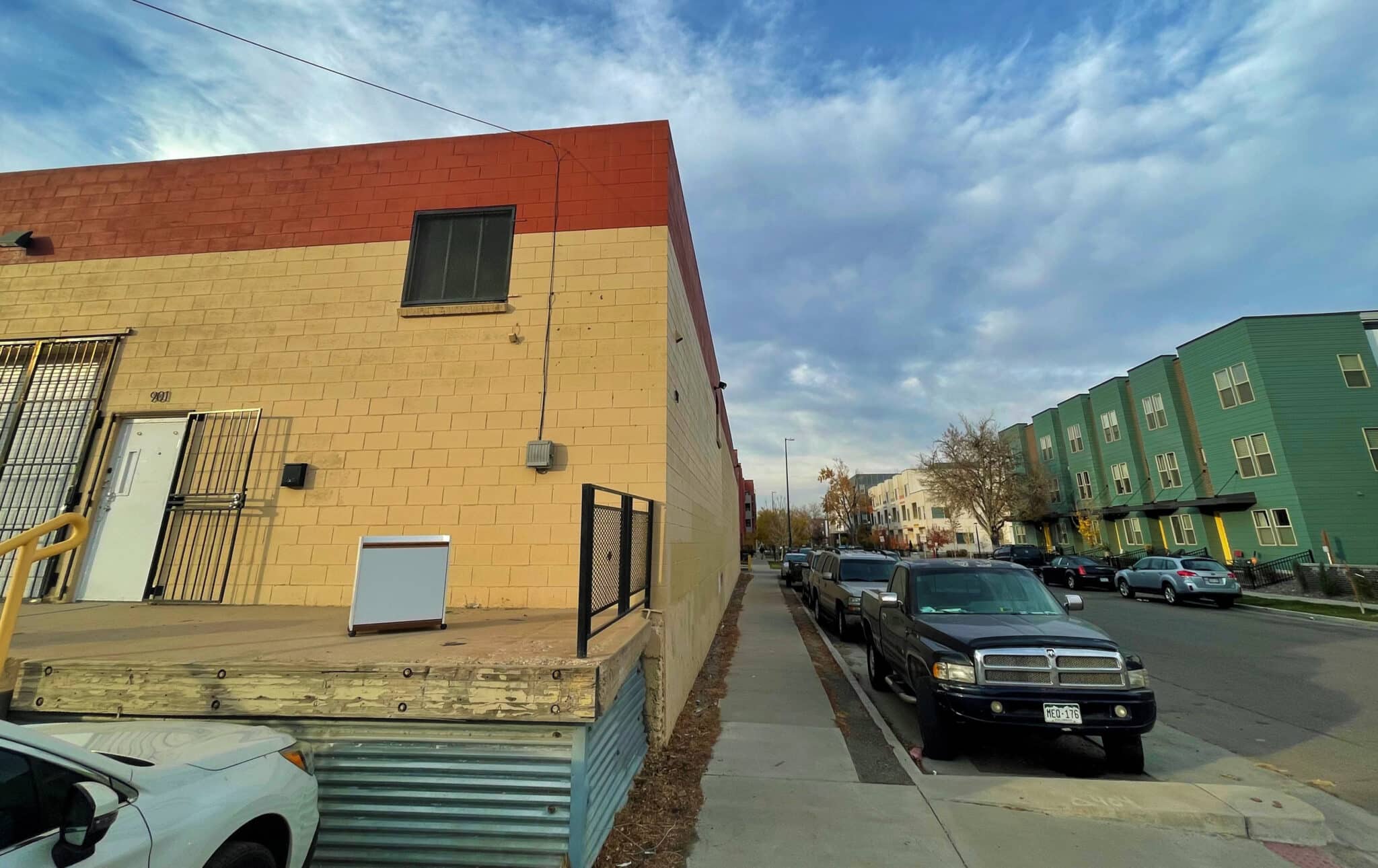 A warehouse sits at 901 Navajo St., but the Denver Housing Authority would like to turn it into an income-restricted housing complex. (BusinessDen file)

Denver was quick to take action, unveiling a proposal in October that could be considered by the City Council in the spring.

But millions of people who live in the area don’t reside within Denver city limits, meaning the significance of the new law could depend on how many smaller municipalities take advantage of it.

BusinessDen surveyed a number of neighboring cities on whether they have any plans to do so:

Aurora adopted a “housing strategy” in December 2020 and began implementing it in January 2021, according to city spokesman Michael Brannen. But the city is now doing a feasibility study to help decide whether to take advantage of the new law.

“The strategy recommended several policies and tools including a housing trust fund, density bonuses and other affordable housing incentives,” Brannen said. “In furtherance of the strategy and in response to HB21-1117  … the city of Aurora submitted and was awarded a planning grant to explore whether or not an affordability requirement would be appropriate and under what circumstances.”

The city is “just getting started” on its income-restricted housing requirements, said spokeswoman Kelli Narde. Littleton has hired a consultant to guide the city on its new developments, and research from the firm will be provided early this year.

The Lakewood City Council doesn’t have any ordinances in the works related to the state bill, according to spokeswoman Stacie Oulton.

“The city regularly works with Metro West Housing Solutions … to encourage the creation of attainable housing,” Oulton said. “Lakewood’s current city code also creates an incentive for attainable housing by having a specific pool for allocations of building permits for affordable units under the city’s growth limitations. The city also continually reviews its processes to determine how best to support the development of attainable housing.”

“While the city is working diligently to offer residents a diverse set of affordable and attainable workforce housing through our normal planning process, there are no current plans in the near term to make this a requirement for developers,” said spokesman Andy Le.

“The city of Centennial is currently conducting a housing study to explore housing cost and availability in the city,” said spokeswoman Allison Wittern. “The intent is to advance the understanding of the spectrum of housing issues in Centennial, define various needs for housing and identify priorities to inform future policy. This study is anticipated to be complete in 2022.”

Additional information will be updated on the city’s website, she said.

There are no plans in Brighton to require developers to provide affordable housing at this time, spokeswoman Kristen Chernosky said.

Golden hired an affordable housing manager two months ago and the city is now looking at strategies to implement some kind of income-restricted housing, spokeswoman Emily Gedeon said, although it’s not yet clear if it will be required. She said the city is also looking to work with organizations to create more housing that is cheaper than market rates.

City Council members have said they are “interested” in creating an income-restricted housing requirement, but Thornton does not have any concrete plans at this time.

“We are looking around for examples, but there is nothing that is currently imminent,” spokesman Todd Barnes said.

A warehouse sits at 901 Navajo St., but the Denver Housing Authority would like to turn it into an income-restricted housing complex. (BusinessDen file)