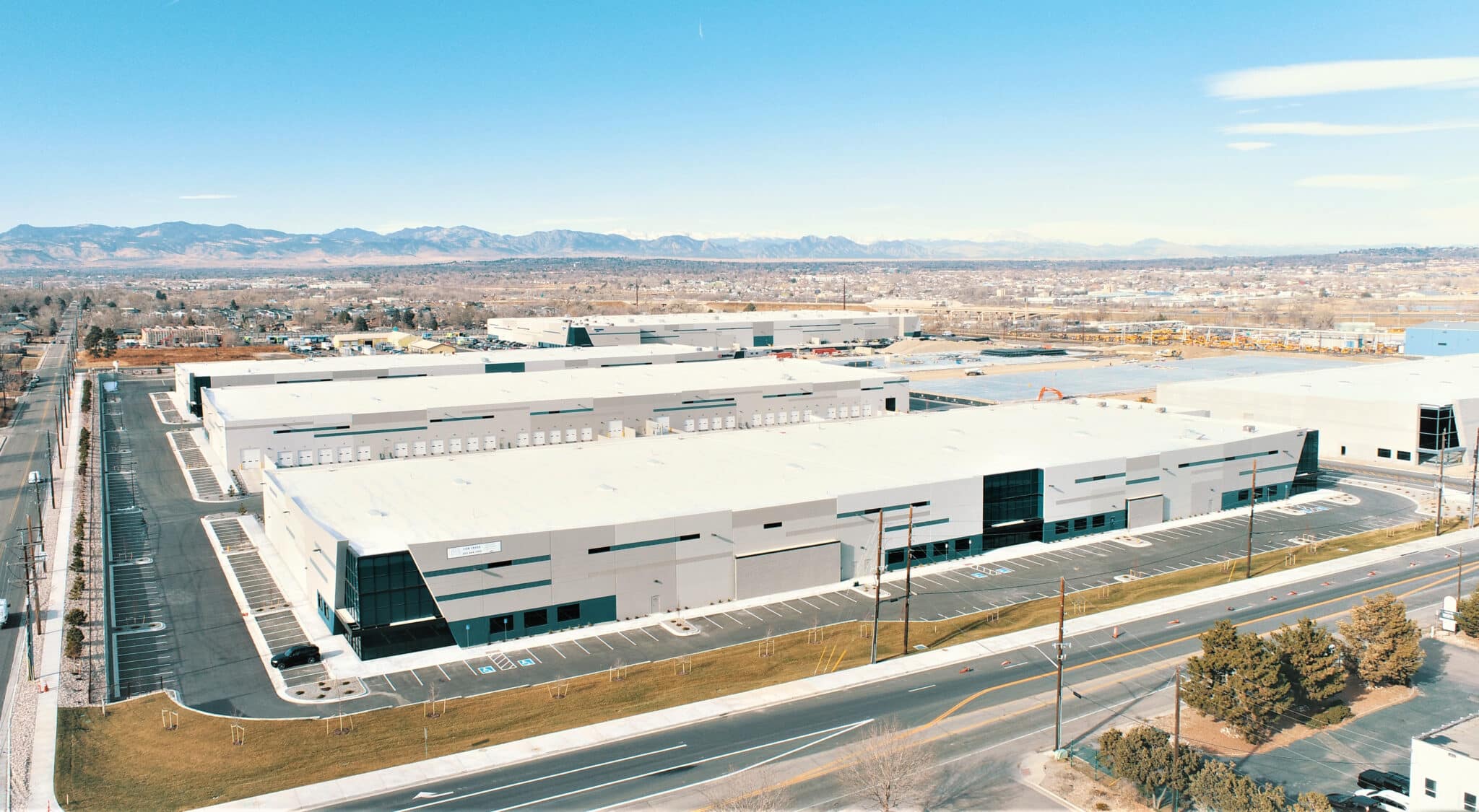 The 66-acre Pecos Logistics Park is in Adams County. (Courtesy of CBRE)

Westfield has found a buyer for a massive industrial project it’s been building in Adams County, whose tenants include Pepsi.

This week, the Denver-based development firm sold its 66-acre Pecos Logistics Park, which when completed will have 1.1 million square feet of industrial space, to institutional investors advised by J.P. Morgan Global Alternatives, according to CBRE.

The buyers paid $318 million, according to public records.

A Westfield executive did not respond to a request for comment Wednesday. CBRE — whose brokers Tyler Carner, Jeremy Ballenger, Jessica Ostermick and Jim Bolt represented Westfield — said the industrial park is partially built.

The first phase, completed in September, consists of 675,000 square feet across four buildings, and was 68 percent leased at the time of the sale. Among the tenants is Pepsi, which announced its 283,500-square-foot lease in 2020and moved in this fall.

The second phase, which will add another 471,000 square feet across three buildings, is set to be completed in the second quarter of 2022.

The property at 5675-5725 Pecos St. has a Denver mailing address but is located in unincorporated Adams County.

Westfield’s most well-known projects include the ongoing North Wynkoop development in RiNo (home to Mission Ballroom), as well as Stanley Marketplace in Aurora. Besides Pecos Logistics Park, the company’s industrial development portfolio also includes Hub 25, another Adams County project that the company sold for $74 million in 2018.

“The project is currently planned for speculative development; however, the location could be ideal for a large build-to-suit user seeking a Last Mile distribution presence or even a big box retail tenant,” Westfield’s website reads.

The 66-acre Pecos Logistics Park is in Adams County. (Courtesy of CBRE)

The 66-acre Pecos Logistics Park, which is already home to Pepsi, will have 1.1 million square feet across seven buildings when completed in 2022.