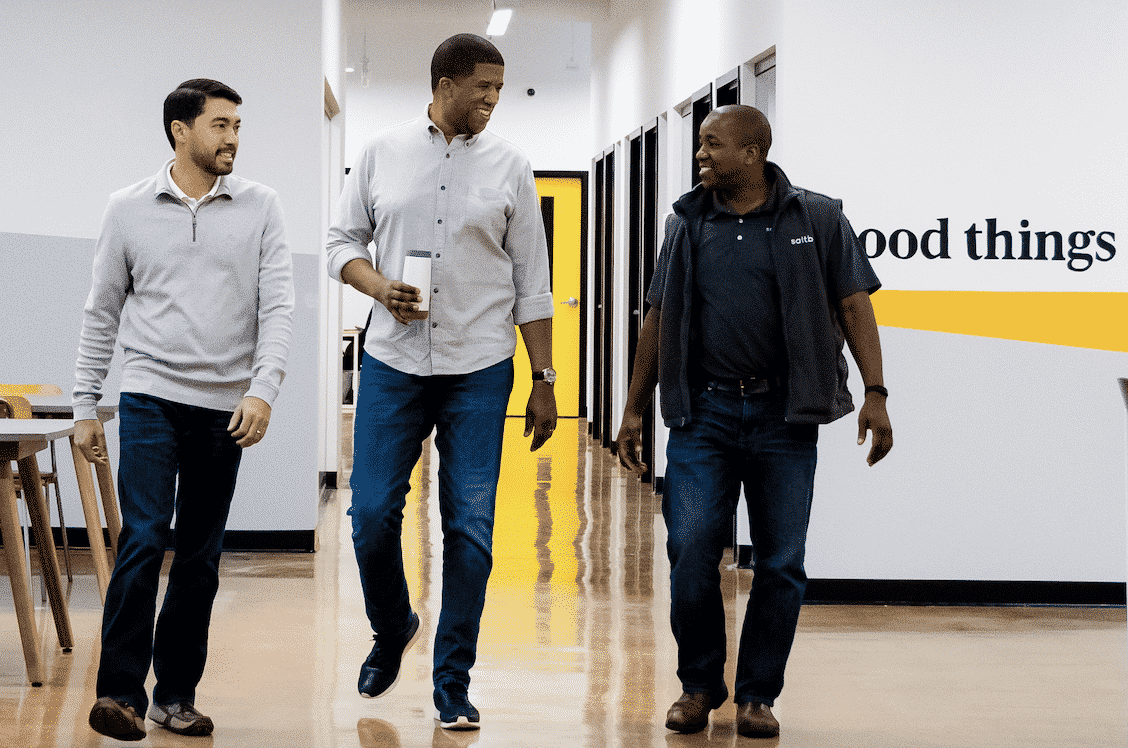 An Atlanta-based warehouse startup has big plans in store for Denver.

Saltbox, which provides space and logistics services to small businesses like e-commerce merchants, will open its largest warehouse yet and first in Colorado at 4800 Dahlia St. in Park Hill on Jan. 3.

“Denver was on the top of our list when we decided what cities we wanted to be in when we started this company,” said co-founder Maxwell Bonnie. “It’s a fast-growing market with a history of entrepreneurship. Whether it’s the cannabis, outdoor or technology industry, there are a lot of new businesses in the metro area that have the opportunity and space but just need the tools and services that Saltbox has to help them grow.”

Bonnie and fellow co-founders Tyler Scriven and Paul D’Arrigo purchased the property in April with one of their real estate investment partners, Watchung Capital, for $7.9 million, according to property records. It was previously owned by Denver Wholesale Florist.

Scriven and Bonnie met at the University of Virginia nearly 20 years ago, and later both moved to Atlanta around the same time. D’Arrigo was an e-commerce logistics consultant for Scriven. 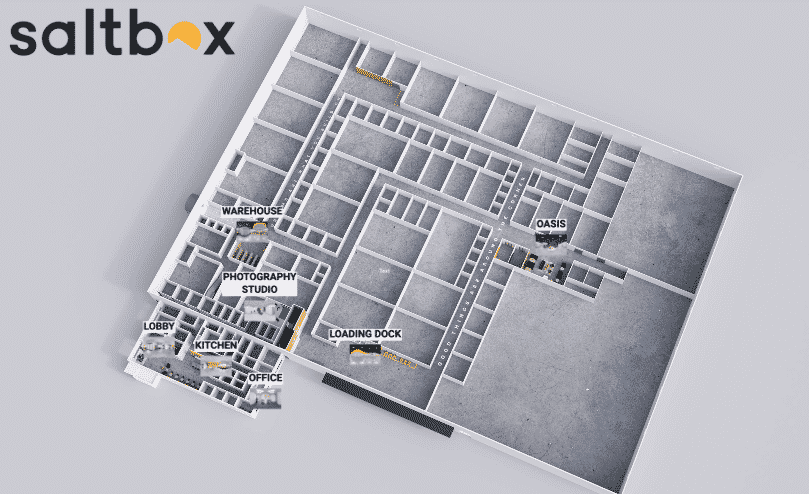 A rendering of Saltbox’s 102,000-square-foot location in Denver.

Saltbox opened its first 27,000-square-foot location in Atlanta in 2019. The trio launched the company to smooth the transition to e-commerce for small businesses.

Scriven had owned a haircare business called True Glory Hair and, after experiencing retail success, he wanted to take it to the masses online. But he realized it wasn’t as easy as it looked.

Saltbox aims to do more than just give companies somewhere to store their products. The company says it also offers logistics and fulfillment services, including rental equipment and an on-site team of 10 trained e-commerce employees that can help with inventory management.

Memberships at Saltbox locations range from $400 to $10,000 a month, depending on the number of services the company uses.

“If you’re Amazon or Walmart, you’ve already built those solutions for yourself,” Bonnie said. “Just about everyone else needs a solution that allows them to grow and scale.”

Small businesses and e-commerce companies can operate their business and store, ship and package goods out of Saltbox’s warehouse with a monthly membership.

Bonnie said Saltbox has around 180 memberships currently, and expects to add another 200 with its new L.A. and Denver warehouses.

Around 70 percent of the companies are direct-to-consumer e-commerce brands, Bonnie said, and many are in the health and beauty, fashion, personal care or household goods industry. The other 30 percent are companies in the furniture, tech or hardware industries.

“The memberships vary across the board,” Bonnie said. “There’s someone who sells on Etsy who works on their couch and need to get their business out of their house because their family wants to kill them, or someone who’s in a storage unit that’s wasting too much time, and there are people who downsize from an old warehouse.”

“About 50 percent of our members use the month-to-month membership, and then you can go up to six months or a year once you know exactly what you need,” he added.

In April, Saltbox announced it had completed a $10.6 million funding round to invest in its staff and technology, bringing its total funding to $16 million. And next year, the startup plans to open a second location in Atlanta, Dallas, Seattle and L.A., Bonnie said.