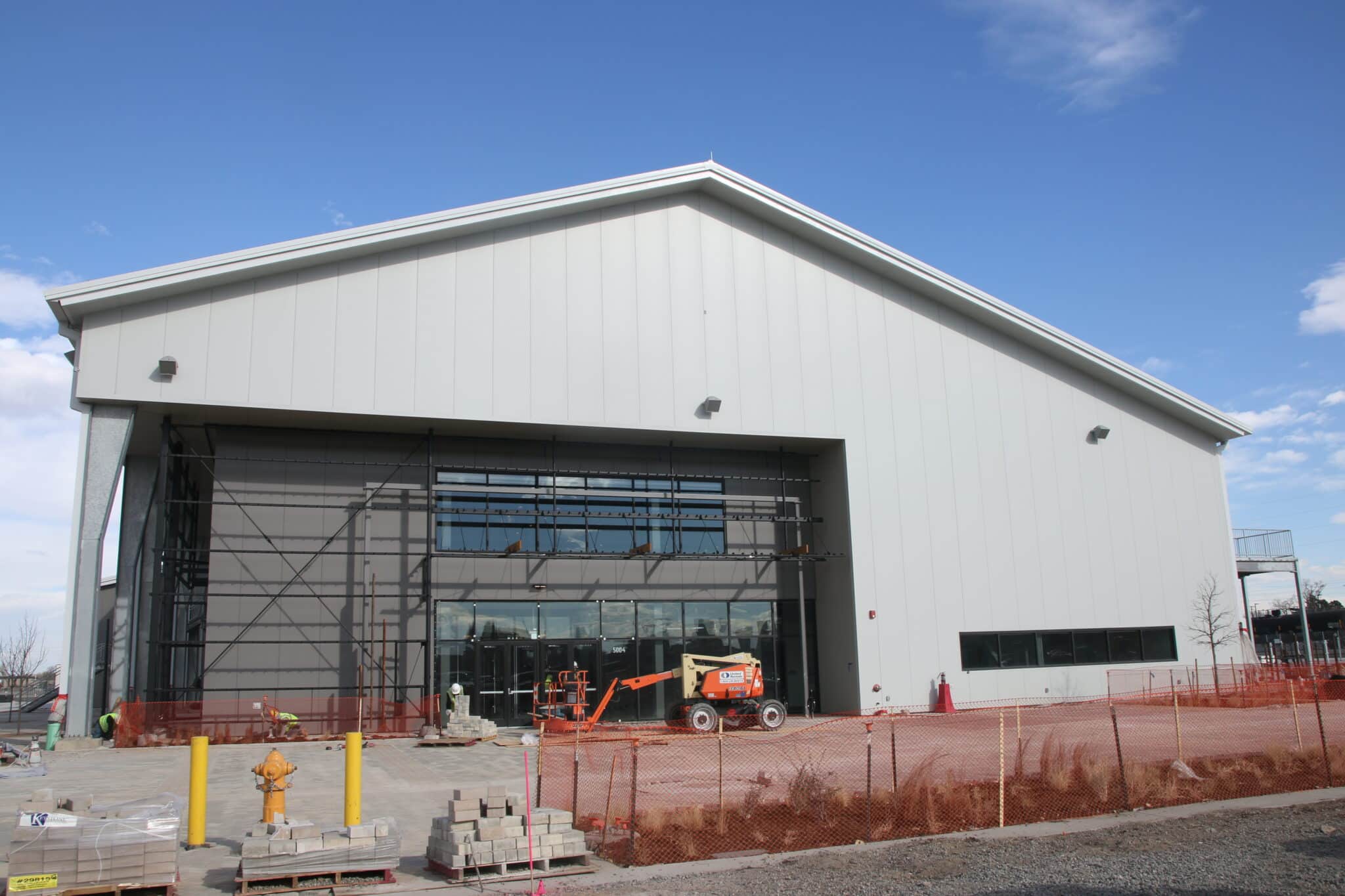 The National Western Center was dealt a blow in November when voters shot down a $190 million bond measure that would have paid for a new arena and expo hall.

But other already-funded aspects of the redevelopment project continue to move forward and two new structures are set to debut in the coming weeks.

They will be among the changes that will greet those attending the annual National Western Stock Show, which returns in January after the pandemic prompted the early 2021 version to be canceled.

“With the new buildings opening this year, it’s going to take the world’s most prestigious livestock show and put it in another realm,” Paul Andrews, CEO of the National Western Stock Show Association, told BusinessDen. 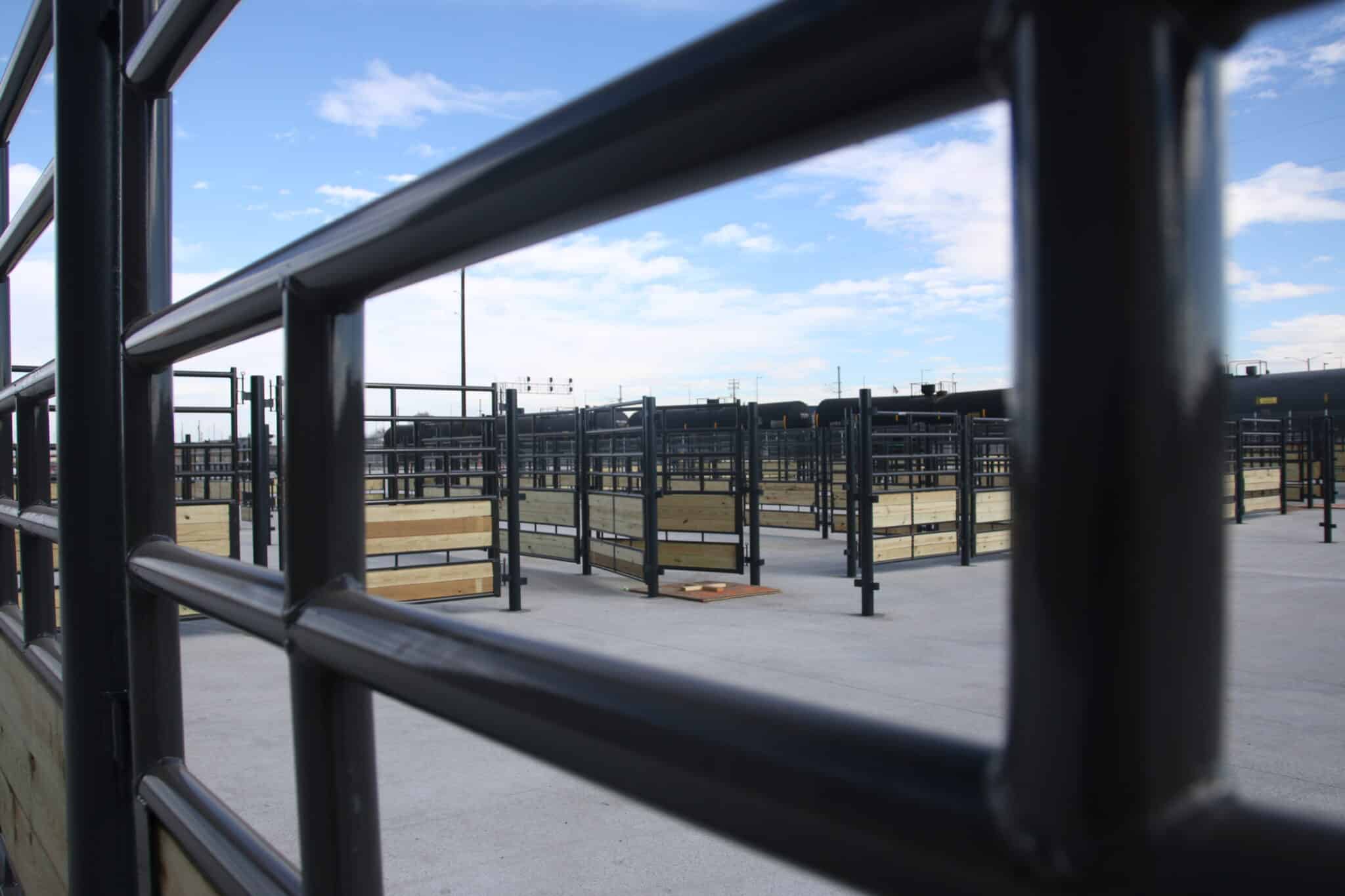 New bison pens at the National Western Center are fortified by 3 inch poles that are 5 feet deep.

The campus is currently undergoing phases one and two, which includes 120 acres of developing a stockyard events center, a livestock event center and arena, an equestrian center and arena, three buildings Colorado State University is constructing and various amenities throughout.

The city of Denver approved a tourism tax increase in 2015 to fund about $778 million of the first two phases. The entire campus, including phases three through eight, is 250 acres.

But funding sources for phases three through eight have yet to be identified. In early 2020, the city wanted to pursue a private-public partnership that would have funded those phases, known as the “triangle” area of the campus, with an estimated cost of $528 million. But that effort was canceled after the COVID-19 pandemic hit.

Earlier this month, Denver voters rejected a bond measure that would have provided $190 million to renovate the old Expo Hall and Hall of Education and have funded a new stadium with about 8,000 to 10,000 seats. Those projects are part of phases three through eight. 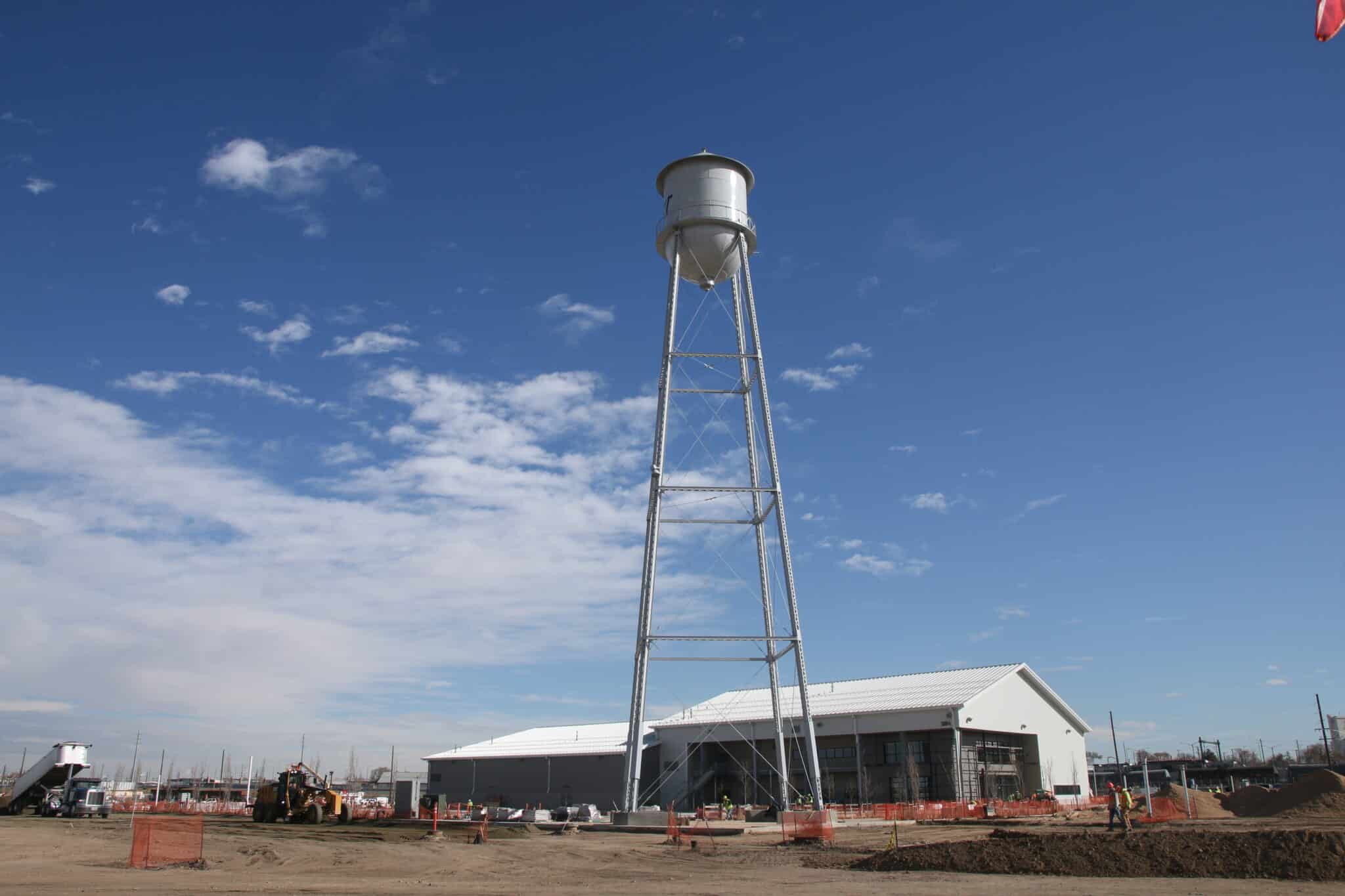 The Stockyard Event Center is in the background of a historic water tower.

Staff of the mayor’s office declined to discuss where they hope to seek funding for the later phases after the ballot box rejection.

They do face a deadline, although it’s a ways off. Denver and the partners of the campus signed an agreement in 2017 that requires the city to identify funding and present a development plan by 2027 for the new arena and expo hall in phases three through eight.

If that deadline isn’t met, the National Western Center Authority, the board that oversees the campus, and Colorado State University will have the option to submit development plans. 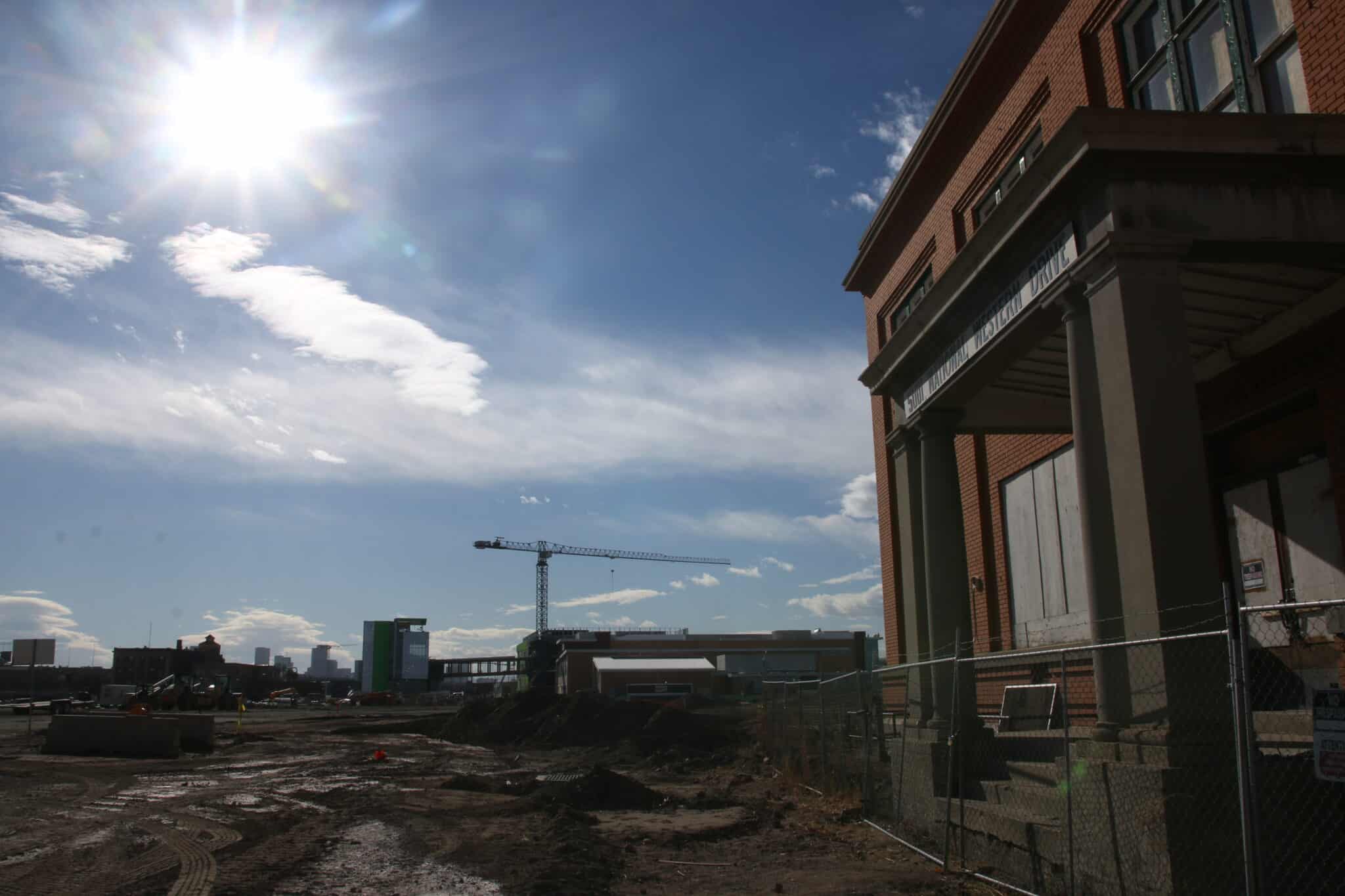 The old Armour & Company Administration building at the National Western Stock show, constructed in 1917, is one of the remaining historic structures that will be maintained as construction of the future facilities continues.

The Stockyard Event Center and Yards will be new for this year’s Stock Show.

The building is about 48,000 square feet, and the Cille and Ron Williams Yards for animals behind it is about 20 acres.

Andrews, the Stock Show Association CEO, said there will be power to the livestock pens, as well as hot and cold and water connections.

“The fact that we’re going to have hot and cold water down in the yards this year, for the first time ever for our exhibitors to wash their animals, that is a historic advancement that is just not happening anywhere else,” Andrews said.

Next to the livestock pens are the bison pens, reinforced with 3-inch bars that are five-feet deep in the ground.

“You could hold a dinosaur in there,” said Jennifer Espinoza, the communications director for the mayor’s office of the National Western Center. 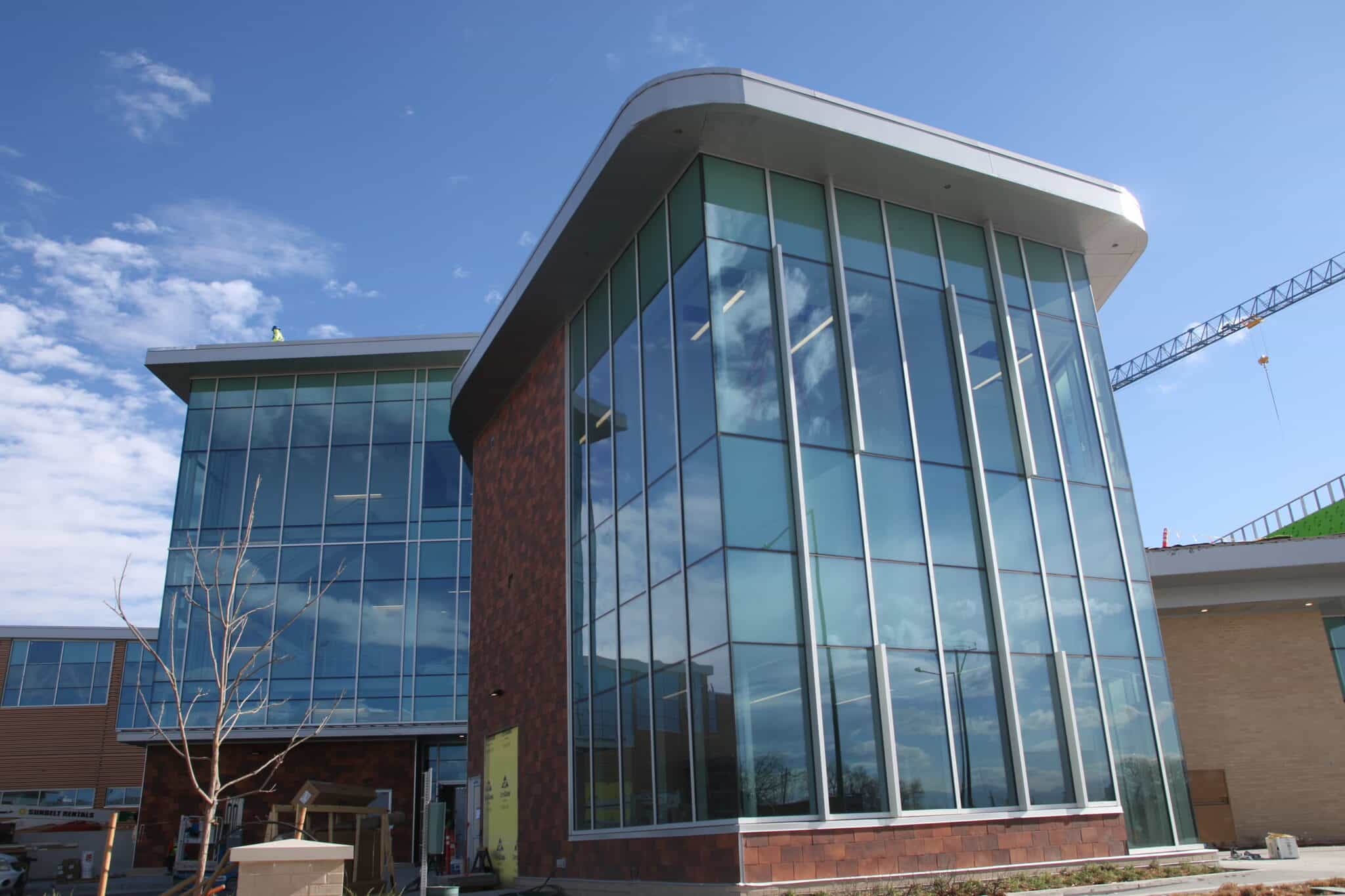 The CSU Spur campus Vida building will house animal and human health research at the National Western Center. It is expected to open in January.

Colorado State University, meanwhile, has three buildings planned for its CSU Spur campus, which is part of the National Western Center campus. The first, the 114,000-square-foot Vida building, will focus on animal and human health and is expected to open in January.

Crews have also taken out some pipes and put them underground, opening view space from the campus to the Platte River. About 14,000 feet of rail line have also been relocated.

“Even people who have been to the Stock Show in the last two years … are going to have a hard time orientating themselves because of the redevelopment that’s happened,” said Tykus Holloway, the executive director of Hancock’s office for the National Western Center. “For the first time in a century, I think, in this location you’ll be able to see the river, and that for us is tremendous.”

A concept plan is under review by the city for the planned Livestock Hall and Arena, which will be about 436,000 square feet.

Holloway said the interior of the structure is still being designed.

“The Livestock center is a facility that will have an arena, but it will be much smaller,” Holloway said. “We’re still working on what the facility looks like, how it fits into the campus.” 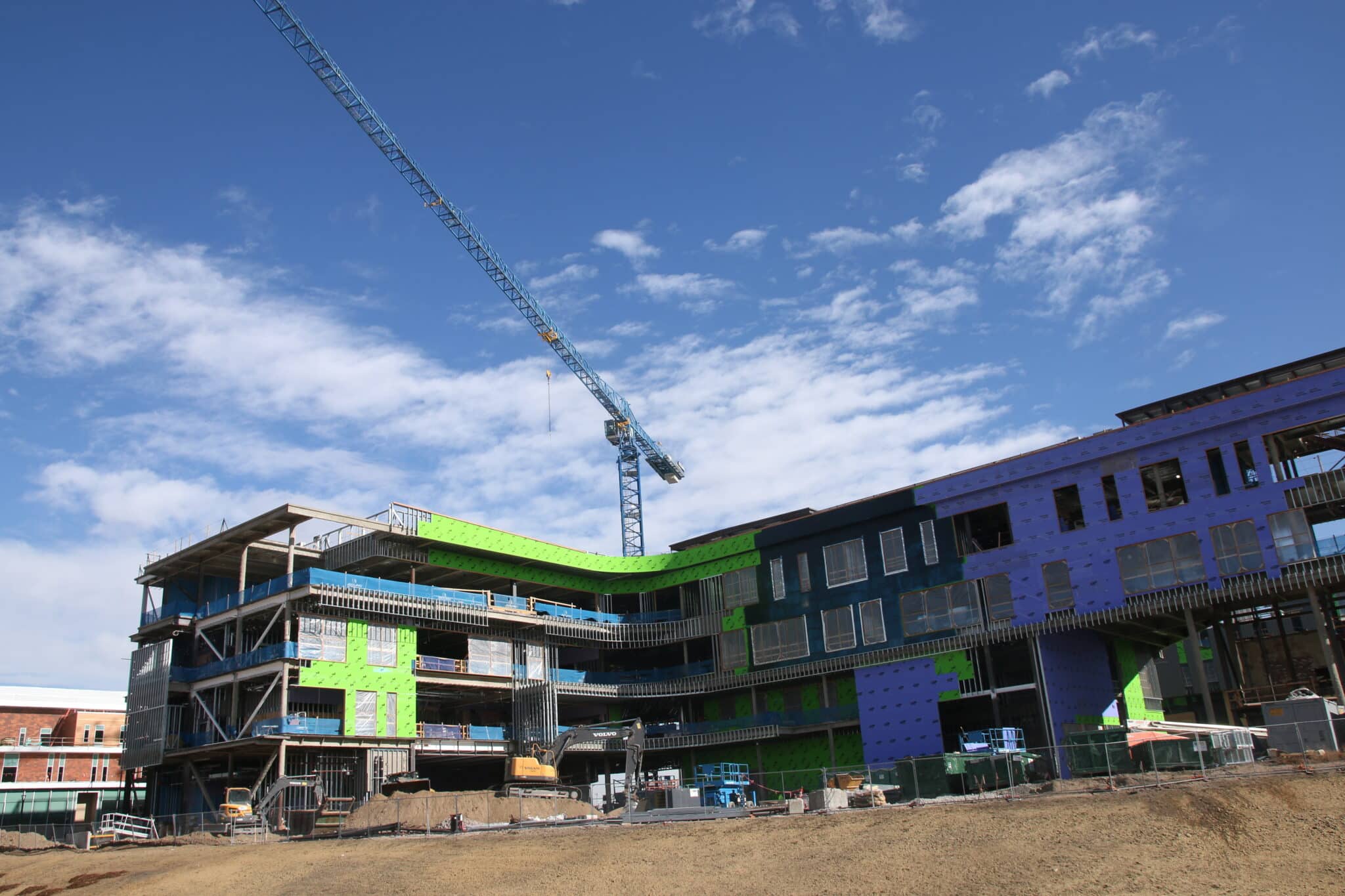 The Terra building on the CSU Spur campus is expected to be open by spring of next year. It will house food and agricultural sciences.

Holloway said the arena will have up to 5,000 seats and will host judging competitions and allow ranchers to show their livestock. The National Western Center Authority throughout the year will be able to book other events like high school sports and lectures.

There will also be areas where animals can be temporarily held before they are shown at the hall, Holloway said. As the campus is set up right now, animals are still held across the railroad tracks to the south where much of the older campus is located.

In the future, the new buildings will be able to hold more animals at a time, in addition to the completion of the holding pens to the northeast. 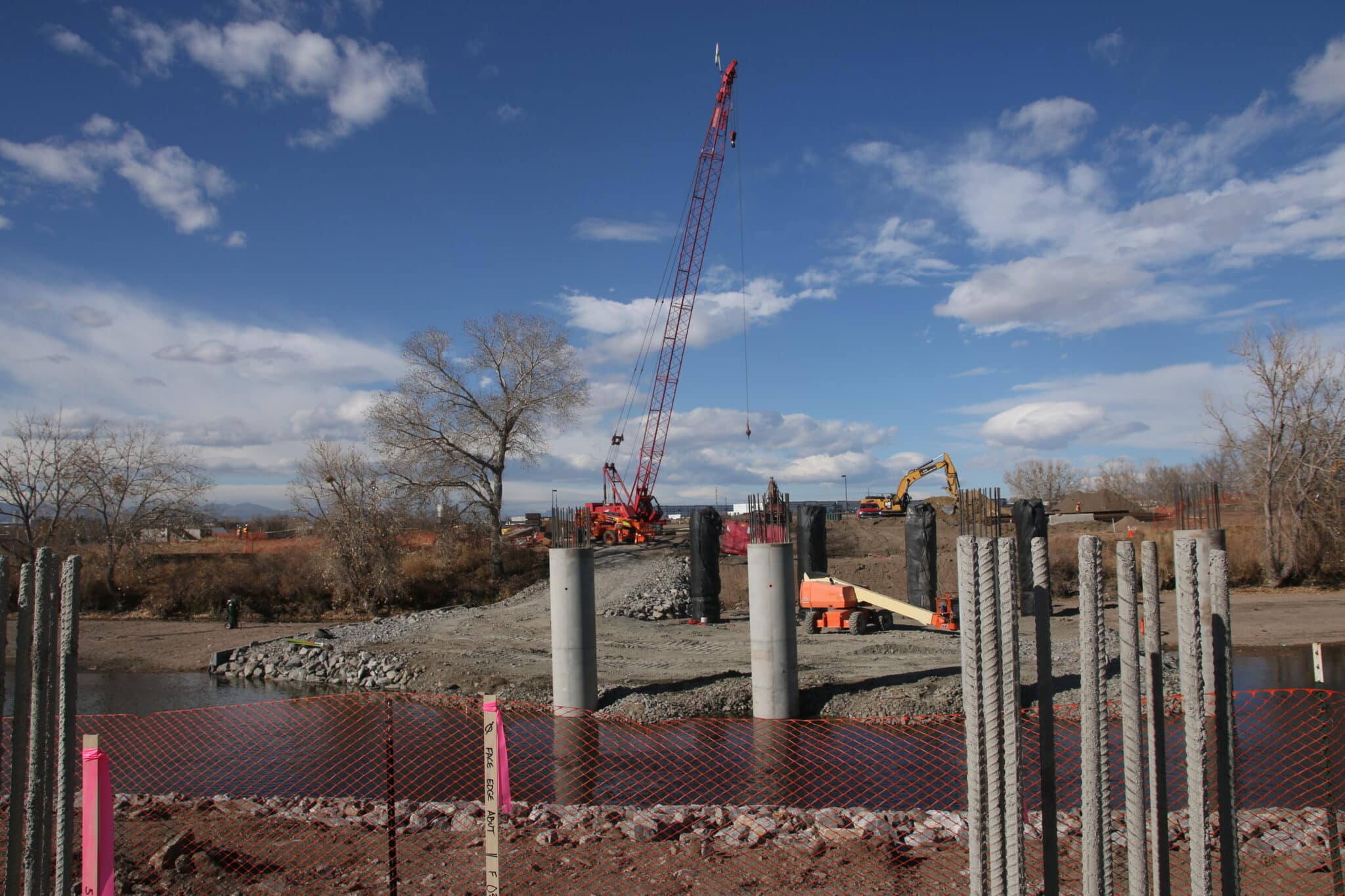 The 51st Street bridge that will connect the land north and south of the Platte River is expected to be completed by next summer.

Additionally, a bridge that goes over the Platte River at 51st Avenue is expected to be completed by next summer, and another bridge to the west of that on Bettie Cram Drive is in the planning phases.

Other already-funded projects on the campus have yet to break ground. They include a large equestrian event center, barn and show arena.

Site plans for the campus show the equestrian center would dwarf the Stockyards Event Center and would be larger than the Livestock Hall and Arena.

Across the railroad at the northeast corner of the campus is a triangular section designated as land that will be used by the Western Stock Show Association, but there are no plans for what to do with it, Espinoza said.

The city also intends to redevelop the Denver Coliseum, which has been described as deteriorating, but plans and funding for that have not materialized either.

The National Western Stock Show returns to Denver in January after a one-year hiatus due to the pandemic.