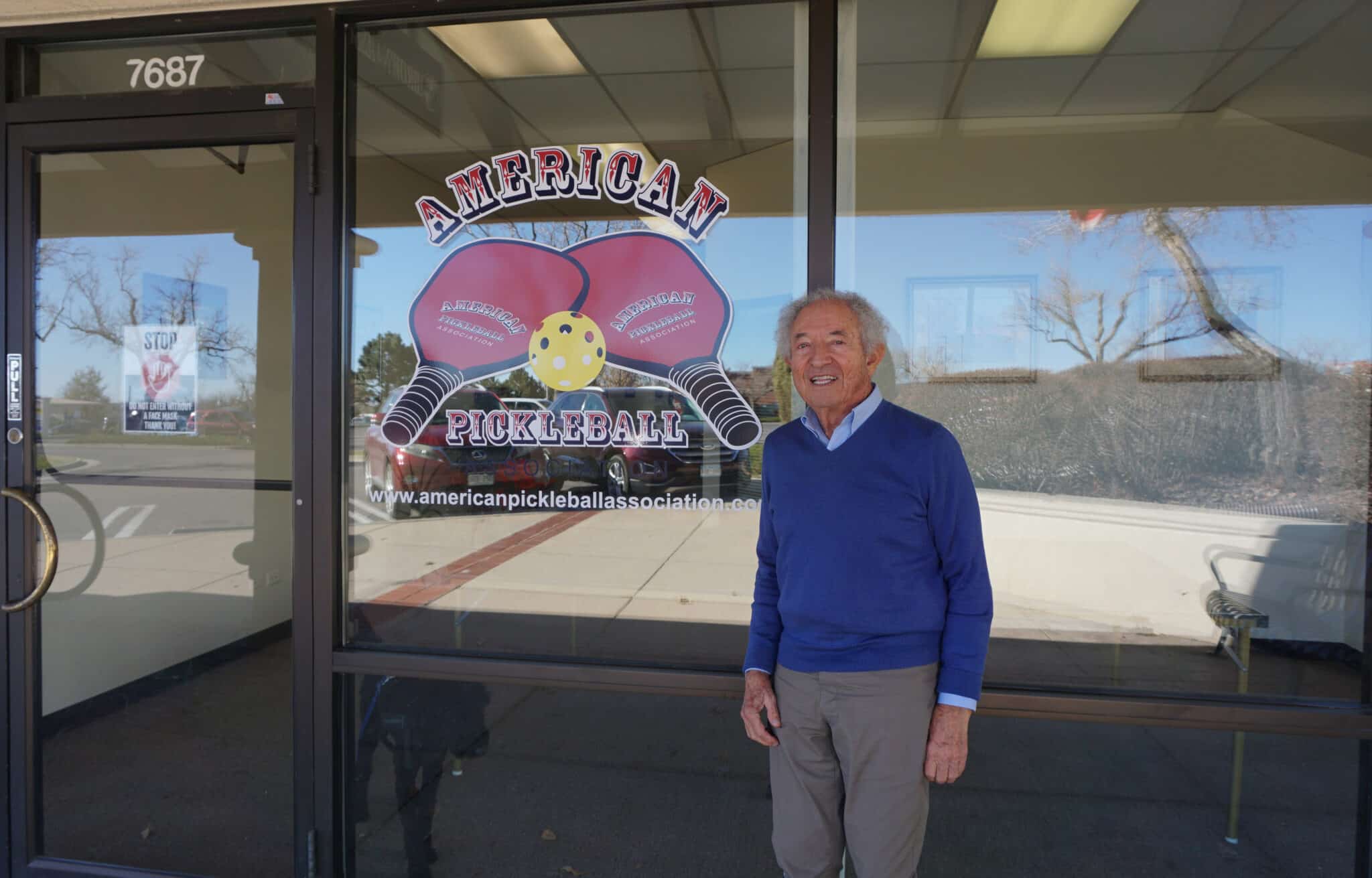 Sam Brown, founder of the American Pickleball Association, is getting ready to open an indoor pickleball venue and bar in Westminster this winter. (Lily O’Neill photos)

Sam Brown moved to a retirement community in Broomfield 10 years ago with the intention to spend most of his days playing tennis.

“I’ve had enough operations that we’d win the first set, but I couldn’t run in the second or third,” the 81-year-old said. “One day I was walking past some of the courts and saw people playing pickleball, and I’ve never touched a tennis racket since.”

“We’ve had so many people that have contacted us and that I’ve played with saying we want to play year round. But with our weather, the only places to play indoors are rec centers,” Brown said. “But rec centers are dedicated to the youth, and the indoor courts are on basketball and volleyball courts. The floors are slippery and wood, you have to use a different ball and different shoes. But the worst part for people is in most places they sit for 20 or 30 minutes to play one game for 10 minutes. So, that’s what made me build a facility.”

Pickleball is a game resembling tennis on smaller courts in which players use paddles to hit a perforated plastic ball over a net. Denver Parks and Recreation has outdoor courts at seven parks around the city and 15 recreation centers available for indoor play. 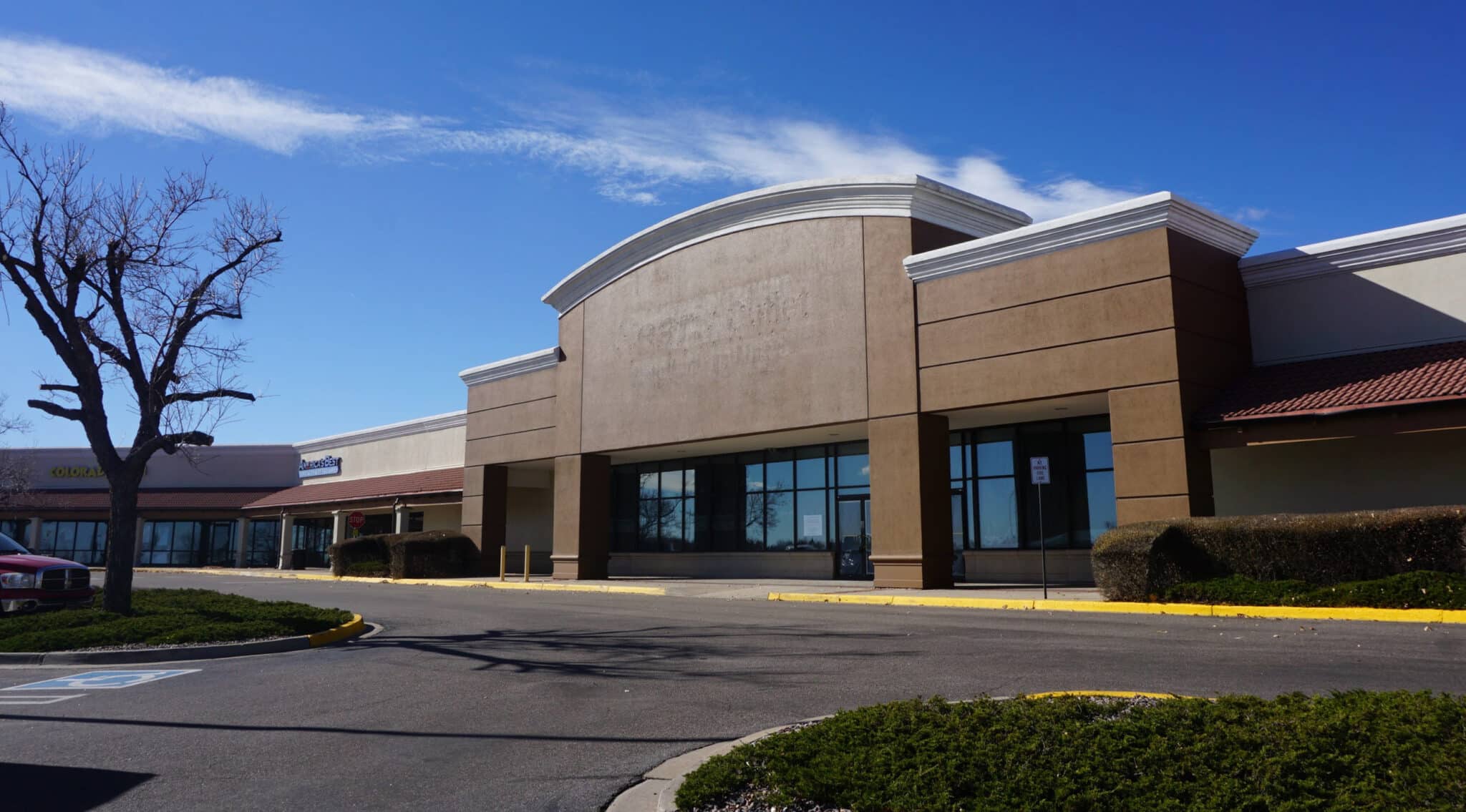 The 25,500-square-foot space will have eight indoor pickleball courts, a bar, an event space for corporate and kids events, a pro shop with pickleball equipment for sale and rent, and indoor and outdoor dining. The bar will serve pickle juice shots, beer from Liquid Mechanics Brewing Co. nearby, and cocktails.

Although food is in the name, Pickleball Food Pub won’t actually sell food. Guests can order food for delivery from nearby establishments in the mall, including Marco’s Pizza and CDs Wings.

Brown is the founder of Brown & Associates, a commercial real estate and investment firm he started in 1971. For 12 years, he’s owned the Mission Commons Shopping Center, where his office is located — making the decision to open the pickleball facility there pretty easy.

“Fortunately, we have a nice landlord, who’s paying for some of the construction and demolition inside,” Brown said with a wink.

Pickleball Food Pub, which Brown plans to open in January, will host leagues Monday through Thursday for all skill levels, and courts will be available for rent starting at $7.50 an hour. Instructors will be able to rent courts to host clinics. 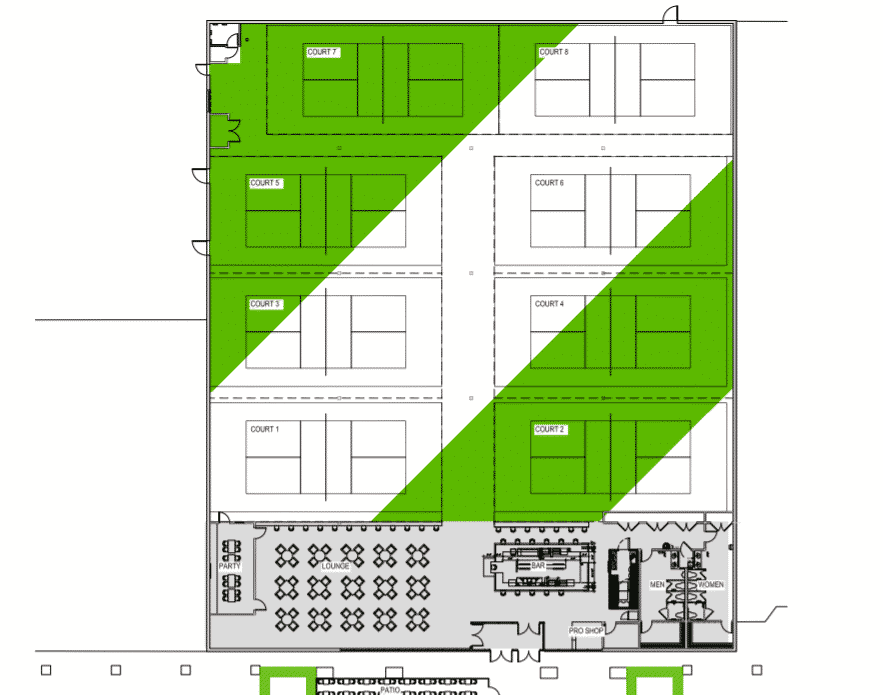 A layout of Pickleball Food Pub.

Brown already has his eyes set on a second location in Colorado in another shopping center he co-owns, The Shops at Mission Viejo at the corner of Hampden Avenue and Chambers Road in Aurora. He’s training a possible franchisee before making any final decisions.

“If you’re under 19, there’s thousands of tournaments in the nation that teenagers can’t play because the old farts don’t want to be shown up,” Brown said. “But I think it’s changing, and I want Pickleball Food Pub to be a part of that change.”

“I used to play at Apex in Arvada and everybody was over 50,” he added. “But this year, I played in a league, and half of the teams had 20- to 40-year-olds. One of my friends showed up with his son in his 40s and his grandson, and there were three generations on the court, and that’s the beauty of this sport.”

Sam Brown, founder of the American Pickleball Association, is getting ready to open an indoor pickleball venue and bar in Westminster this winter. (Lily O’Neill photos)