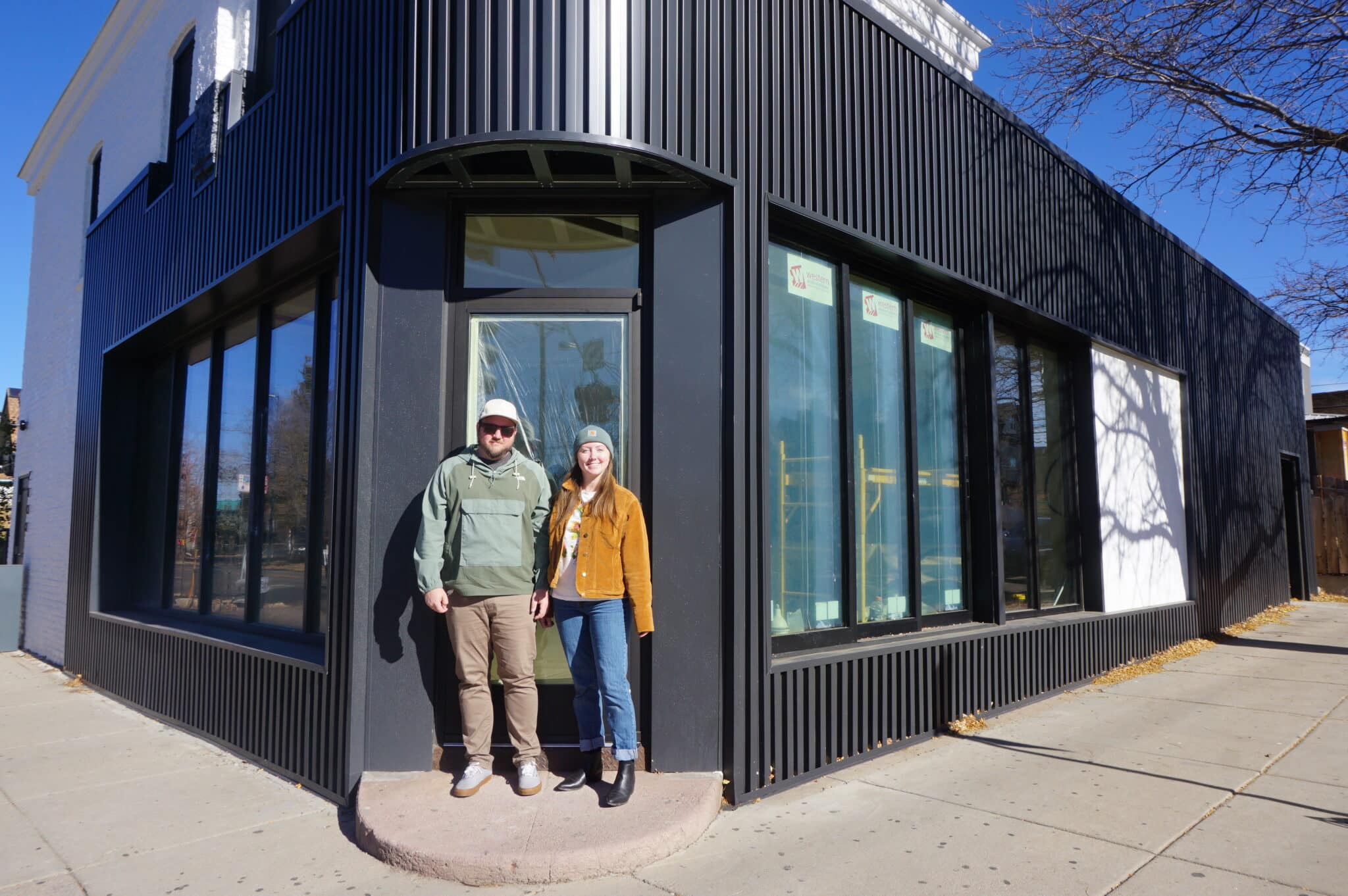 Weston Scott and Shannon Lavelle know Denver’s full of transplants, and they want to give new residents a chance to taste their favorite hometown beer on draft.

The business will serve beers on tap from a single non-Denver brewery at a time. The brewery will rotate every few weeks or month, depending on the amount of product, and notify customers of the changes on its website.

“There are people here from every single region of the country, and part of the idea is not only to give breweries exposure but also to give new residents access to the breweries they had back home,” Lavelle said.

“The concept alone is something that hasn’t been done in the state, and the neighborhood seems really receptive,” Scott added. “There’s no local watering hole here. So, we hope to be a place for the neighborhood to gather, and statewide, a place for beer lovers to gather and try beer they can’t get anywhere else.”

Lavelle and Scott signed a lease for the 1,795-square-foot space in February after finding the listing on Craigslist. It was previously home to Ben’s Super Market, which closed last year after more than 50 years.

For years, Ben’s was operated by the Okubo family, who were interned at Camp Amache during World War II and bought the building on a streetcar line after the war ended and they were released, according to Historic Denver.

Lavelle and Scott plan to keep the original Ben’s Super Market sign outside, and incorporate a mini market that will sell cases of beer from each rotating brewery and snacks for the neighborhood. 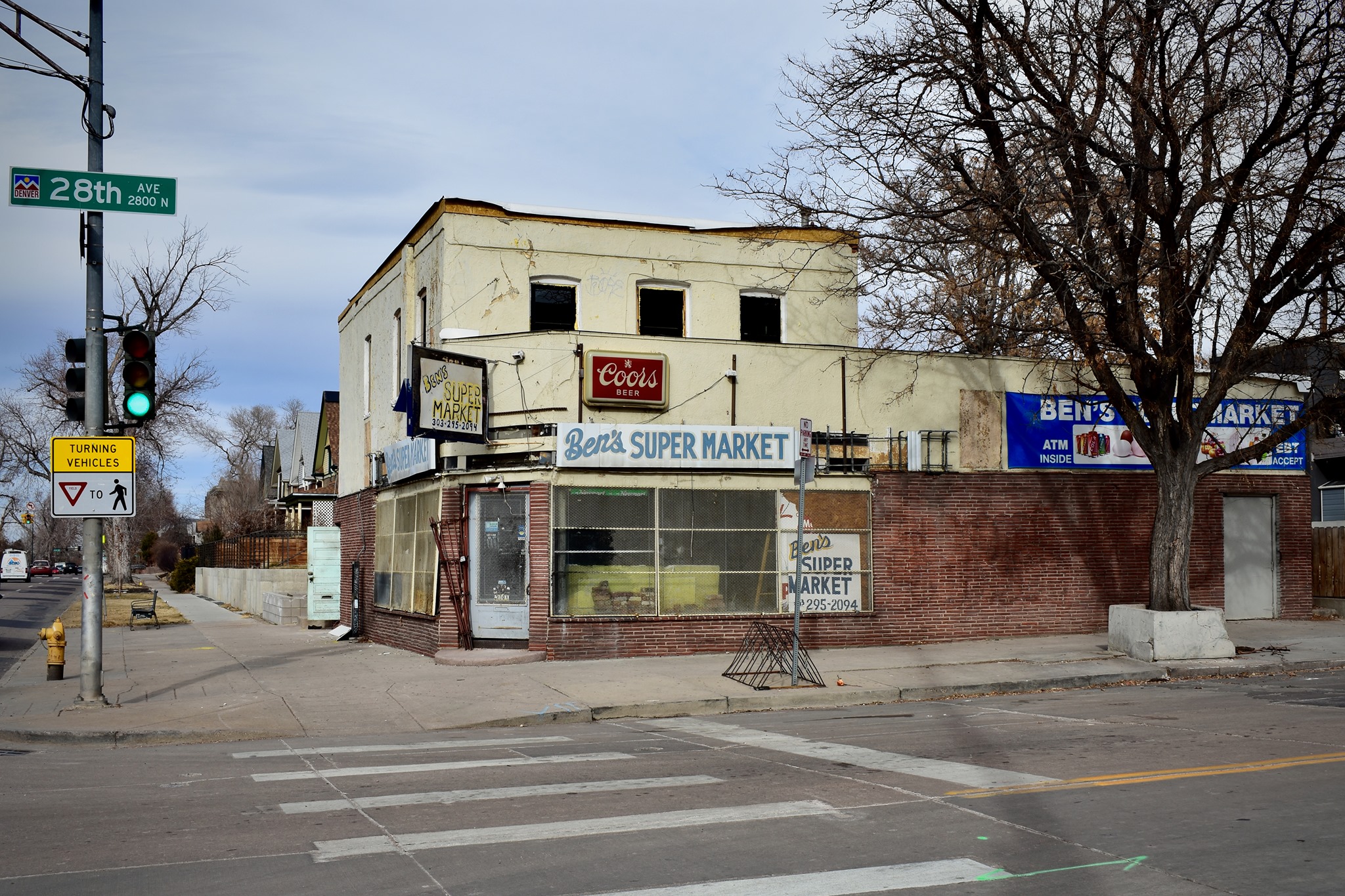 Ben’s Super Market, shown in this historic photo, previously operated on the corner for more than 50 years. (Courtesy of Historic Denver)

“It’s not beyond us what we’re moving into,” Scott said. “We realize how beloved that place was. So, it might take some time to win over everyone.”

Ephemeral will serve empanadas from Maria Empanada and host food trucks on the weekend. There will be 20 taps, 15 of which will be dedicated to the rotating breweries. The other five will have Queen City Collective coffee, kombucha and “house beers” from local breweries that will remain consistent.

Lavelle and Scott will purchase the product from each of the breweries. They’ve already lined up their first three breweries, one of which is based in Colorado, but want them to be a surprise.

The owners are waiting on a building permit from the city to begin construction. They’ve hired Longmont-based F9 Productions to help design the space with Lavelle, who studied architecture in college.

Scott, 31, has worked on the sales side of the brewing industry for 10 years, and Lavelle, 27, has worked in Denver’s service industry the past five years. The two Colorado natives met through mutual friends and used to bartend at Factotum Brewhouse in Sunnyside, which closed in October.

“Every brewery I’ve worked for has been outside of Denver, and the biggest downfall is not having a Denver taproom,” Scott said. “If you want to try a lot of Aspen’s beers you have to drive there, whereas if they had a temporary pop-up style taproom for a month, not only does that boost sales but also recognition in general.”

Lavelle added, “Even if they do distribute here, if you don’t try it in person it’s harder to get customers to pick up a six pack in the liquor store. And having more than just three beers on tap will give people a chance to try their whole portfolio rather than whatever a certain bar is serving at that moment. And even more inaccessible are beers on the East Coast, which we plan to feature.”

“The idea is not only to give breweries exposure but also to give new residents access to the breweries they had back home,” a co-owner said.