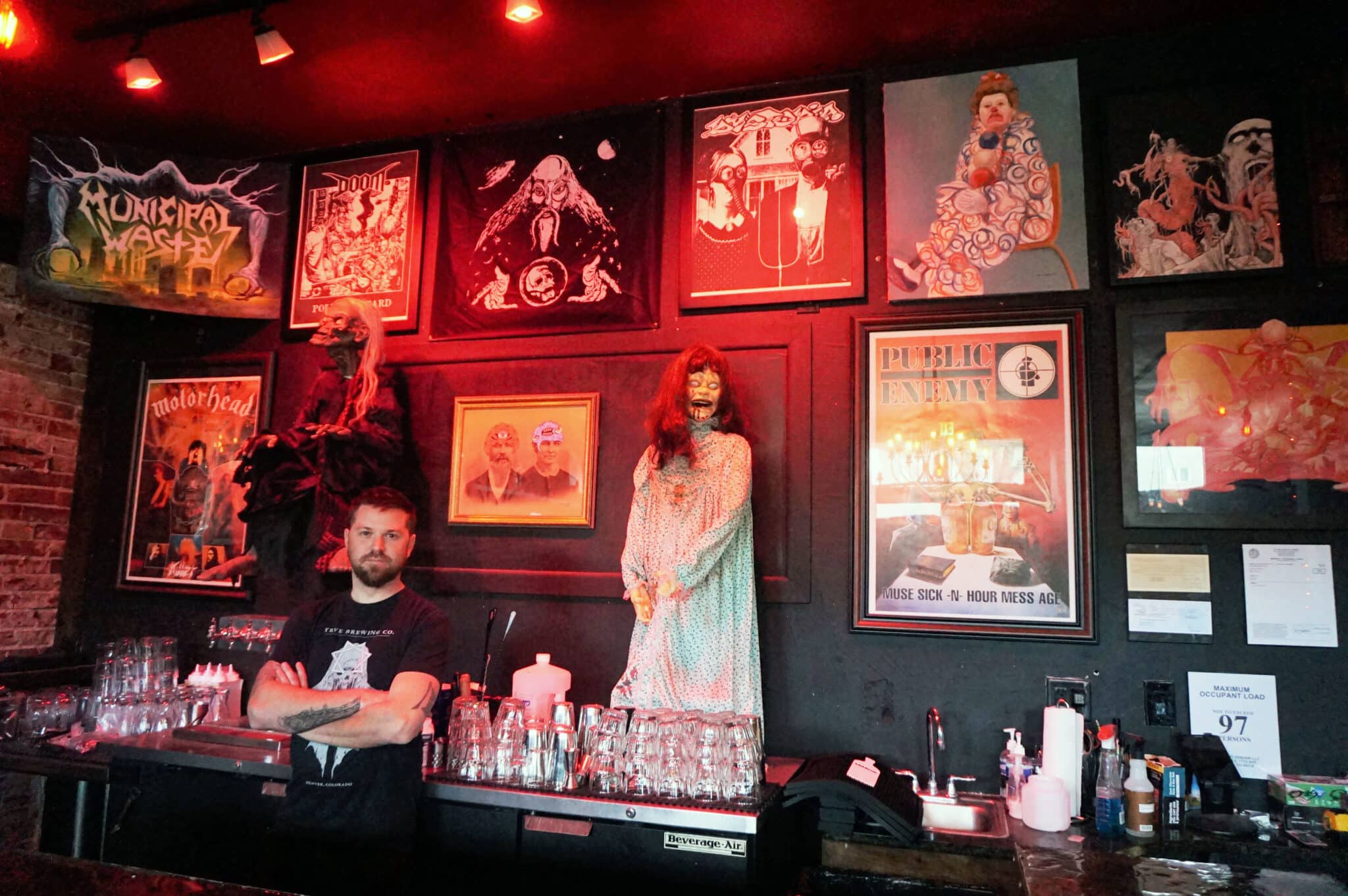 Chris Maynard is a co-owner of The Crypt, a bar that will open this month with a punk rock theme and a menu featuring vegan options. (Lily O’Neill photos)

Maynard and Jerez were on staff, and Canino was a regular of the watering hole at 1521 Marion St. in City Park West, a hot spot for service industry workers and punk rock fans.

But Tooey’s closed in December citing the pandemic, and now the three friends plan to create a new place to call home.

The Crypt, which features punk rock, horror film and grim reaper decorations throughout, will serve cocktails, beer and wine and traditional bar food with a multitude of vegan options, such as a vegan muffuletta, eggplant pastrami, and a falafel sandwich. Non-vegan items will include a poutine and a burger. 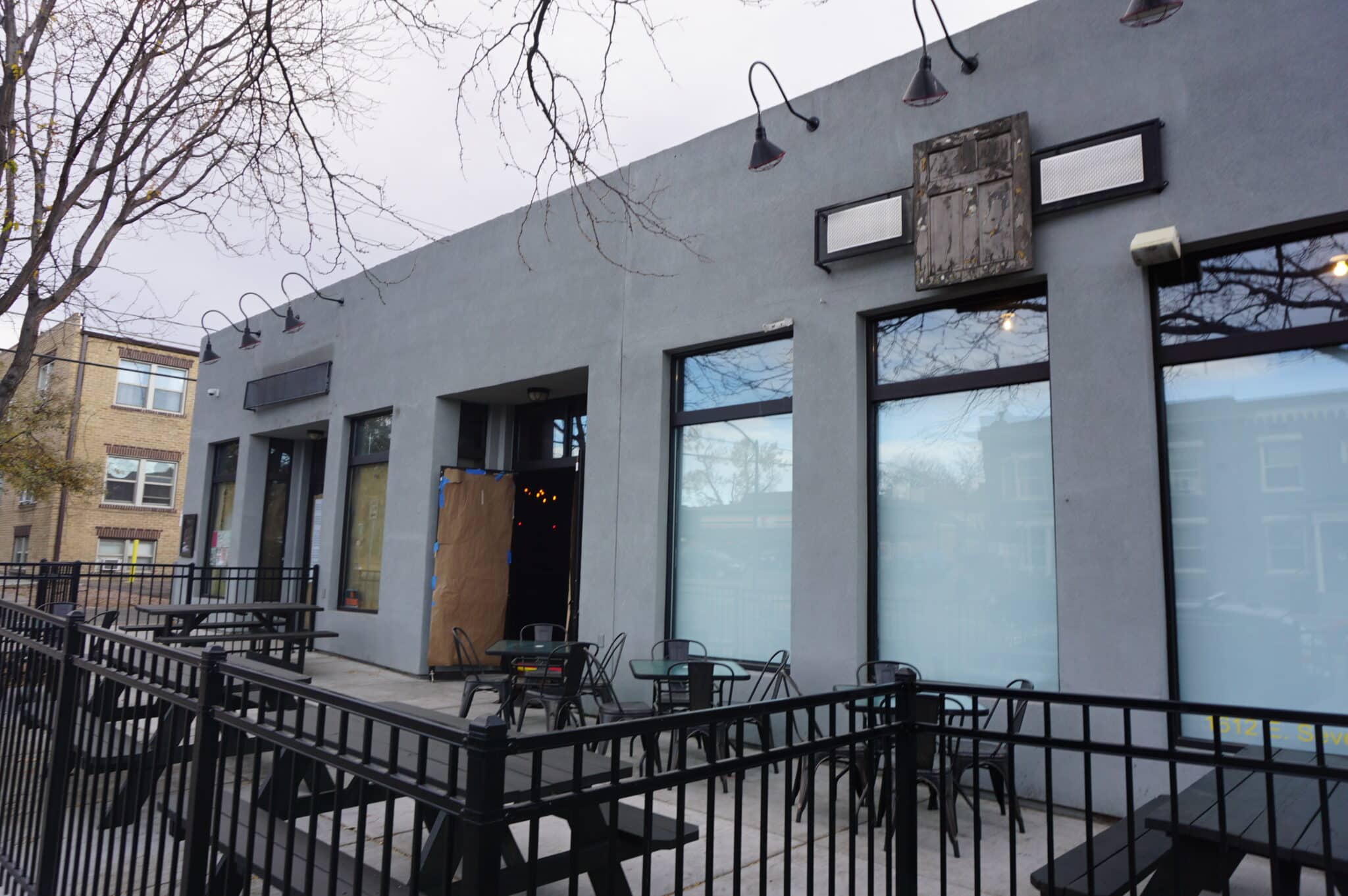 “There’s not many other bars out there that serve vegan food late at night, so we wanted to offer that for the neighborhood,” Maynard said.

The pub will be open from 4 p.m. to 2 a.m. every day but Tuesday. Maynard, Jerez and Canino have received a cabaret license and plan to host DJs and bands, particularly local punk and metal bands, in the near future.

“We really just want to have a place that’s open for everybody, and that’s still within the realm of metal, punk rock and horror films and embracing the spooky, alternative cultures,” Maynard said. 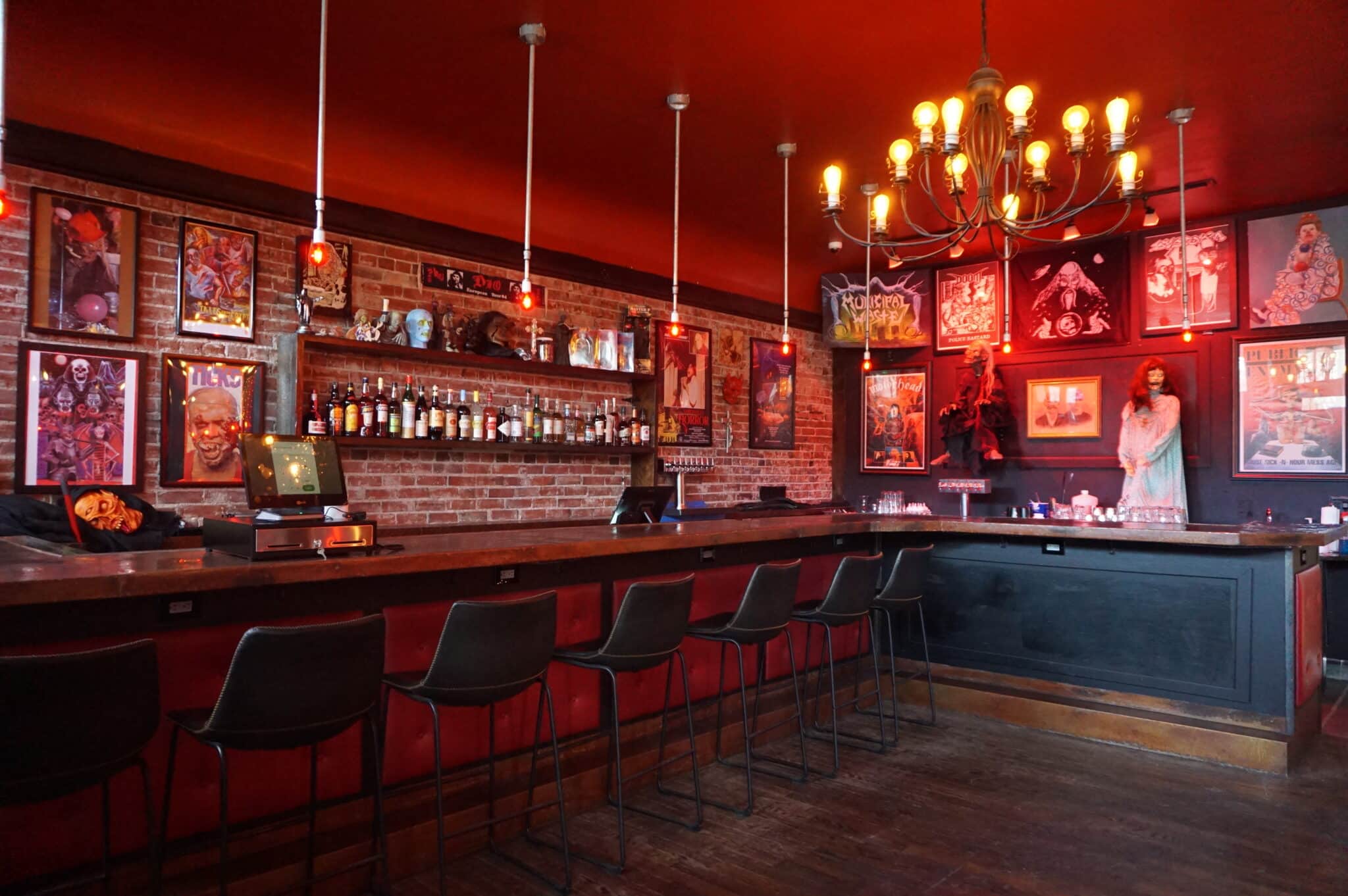 The two restaurants shared a back of the house and had a doorway between the two, which The Crypt owners opened up to create one combined space.

“The timing of the world worked out that we were stepping away from our jobs, and we had been talking about opening our own bar for years before,” Maynard said. “The pandemic opened up some new opportunities, like real estate, we otherwise wouldn’t necessarily have.”

The owners funded The Crypt with their own savings. The bar will be Jerez and Maynard’s full-time job, and they plan to bartend there nightly. Canino, on the other hand, is the director of technology for Mobile TV Group, and will focus more on legal and administrative tasks.

“I’m very excited to ultimately be working for myself,” Maynard said. “It’s something I’ve wanted to do for a long time. Both Priscilla and I have worked in bars and restaurants since we were teenagers and worked every job you can imagine in a bar, and we have a lot to bring to the table.”

Chris Maynard is a co-owner of The Crypt, a bar that will open this month with a punk rock theme and a menu featuring vegan options. (Lily O’Neill photos)