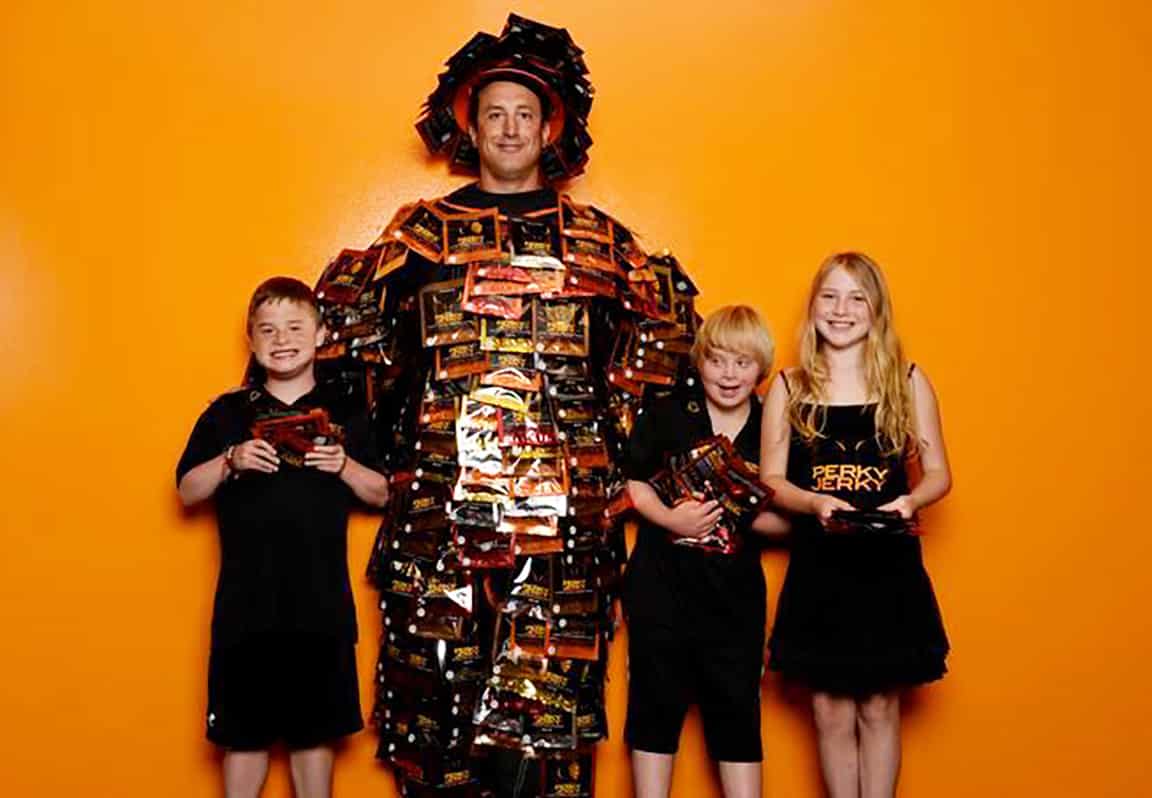 Perky Jerky co-founder Brian Levin with his 11-year-old triplets, Jake, left, Sam and Lexi. Levin has on the jerky suit that he uses for marketing and promotion. (The Denver Post)

Supply chain issues have brought a caffeinated  jerky producer down to earth.

“It’s purely been a perfect storm of supply chain hell to be quite honest since the pandemic,” CEO and co-founder Brian Levin told BusinessDen. “Making a commodity product out of meat, we’ve been hit on all sides, starting with when the pandemic shut down restaurants that prompted a shortage of our protein. Product costs have also gone up significantly for meat, ingredients, as well as packaging costs from overseas.”

He added, “Production capacity has gone way down, so there’s literally not a place to make the jerkies. But it’s sad because the consumer demand is still there.”

Companies use Chapter 11 to reorganize and keep the business alive, paying creditors over time.

According to the filing, Perky Jerky owes $15.8 million to nearly 90 creditors and has assets worth $1.9 million. 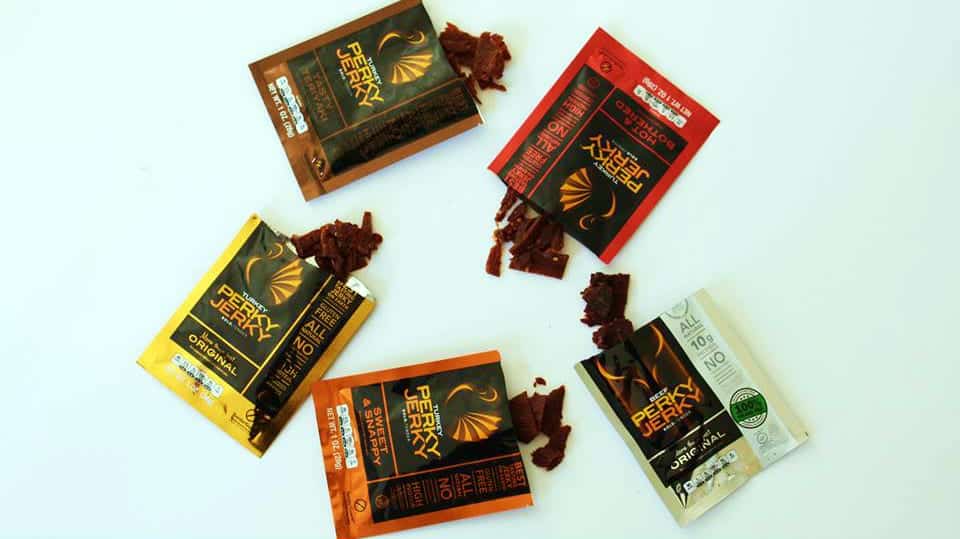 Perky Jerky sells caffeinated beef, pork, turkey and plant-based jerky on its website, Amazon and in stores such as Whole Foods and Kroger. Levin and Keiser say they came up with the idea while skiing, when a can of Red Bull spilled on their beef jerky.

The company has five employees and an office in the Westgold Center at 4380 S. Syracuse St.

“Business was great before the pandemic,” Levin said. “Our product did really well with sampling and demos. But that was taken away during the pandemic, which hurt. And retailers weren’t able to promote products at all because of a lot less foot traffic, and the impulse shopper started shopping online.”

Levin declined to comment on his plans for the business moving forward.

Perky Jerky filed Chapter 11 bankruptcy under the new subchapter V, which was introduced last March and is an abbreviated version of the usual process that’s designed for small businesses.

Perky Jerky co-founder Brian Levin with his 11-year-old triplets, Jake, left, Sam and Lexi. Levin has on the jerky suit that he uses for marketing and promotion. (The Denver Post)