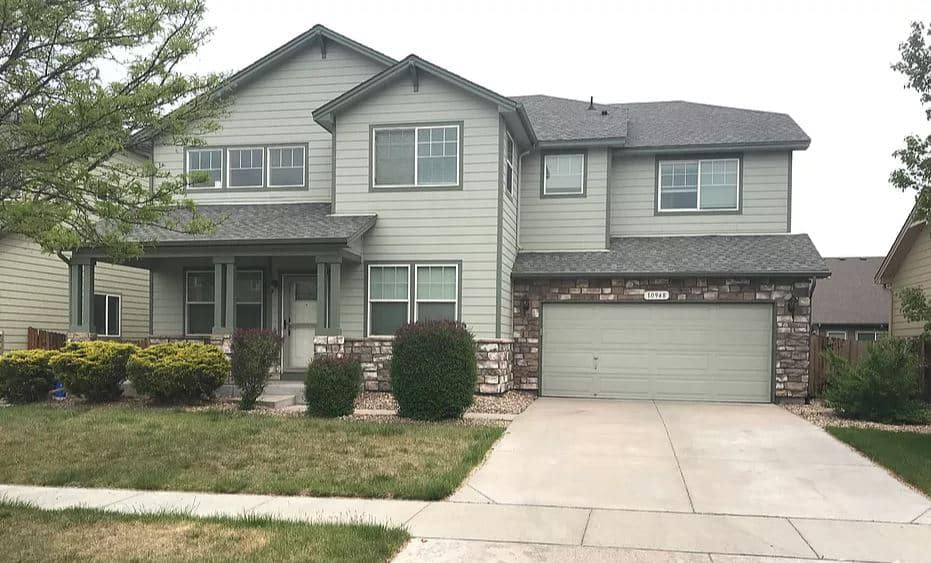 This house at 10948 Macon St. in Commerce City is one of the Denver-area homes that Zillow bought and sold since launching Zillow Offers in 2018. (BusinessDen file)

Zillow is trimming the size of its Denver-area office after deciding to stop buying houses.

The Seattle-based company said in a letter to the state last week that it plans to lay off 20 people that are based out of its office at 10771 E. Easter Ave., Suite 100, in Centennial.

“This action is due to the elimination of the Zillow Offers business,” the company said in the letter.

Through its Zillow Offers business, Zillow was one of the most prominent “iBuyers” — companies who purchase houses and then quickly re-list them for sale, typically after making only minor improvements.

IBuyers market themselves to homeowners as a hassle-free way to sell a home and they charge sellers a fee. The biggest player in the industry is Opendoor.

Zillow launched Zillow Offers in certain markets in the spring of 2018 and started buying homes in the Denver area toward the end of that year.

The company announced earlier this month that it was shutting the division down, saying it would write off millions in losses after paying too much for homes. The company said it would lay off about 25 percent of its workforce overall.

“We’ve determined the unpredictability in forecasting home prices far exceeds what we anticipated and continuing to scale Zillow Offers would result in too much earnings and balance-sheet volatility,” CEO Rich Barton said, according to CNBC.

Zillow’s stock price has declined by about a third since the announcement.

The layoffs in Centennial will start in early 2022, the company said in its letter to the state.

This house at 10948 Macon St. in Commerce City is one of the Denver-area homes that Zillow bought and sold since launching Zillow Offers in 2018. (BusinessDen file)

The company announced this month that it will write off millions in losses after paying too much for homes and it has stopped buying them.