Luke Johnson wasn’t going to let his local pet shop get bogged down by rising rent.

After four years of searching, he purchased a building last year down the block from Luke & Co. Fine Pet Supply & Outfitters’ current store at 430 Broadway.

“Lease prices are getting crazy, and they’re not going to stop anytime soon,” Johnson said. “So for us, it was a necessity to move, not a luxury. You can only buy pet food for so much, and all the pet shops pretty much have to sell it at the same price because of what online sales drive. There’s a built-in margin, and if your overhead keeps going up, and we have a terminal sales growth pattern, we would eventually be out of business.”

Johnson bought the 2,300-square-foot space at 530 Broadway, which was previously a Moe’s Original BBQ and a service station in the late 1940s, for $1.4 million, according to property records.

He said staying open throughout the pandemic as an essential business in combination with an increase in dog owners contributed to the 20 percent increase in sales year-over-year in 2020 and put Luke & Co. in a good position to buy the property. 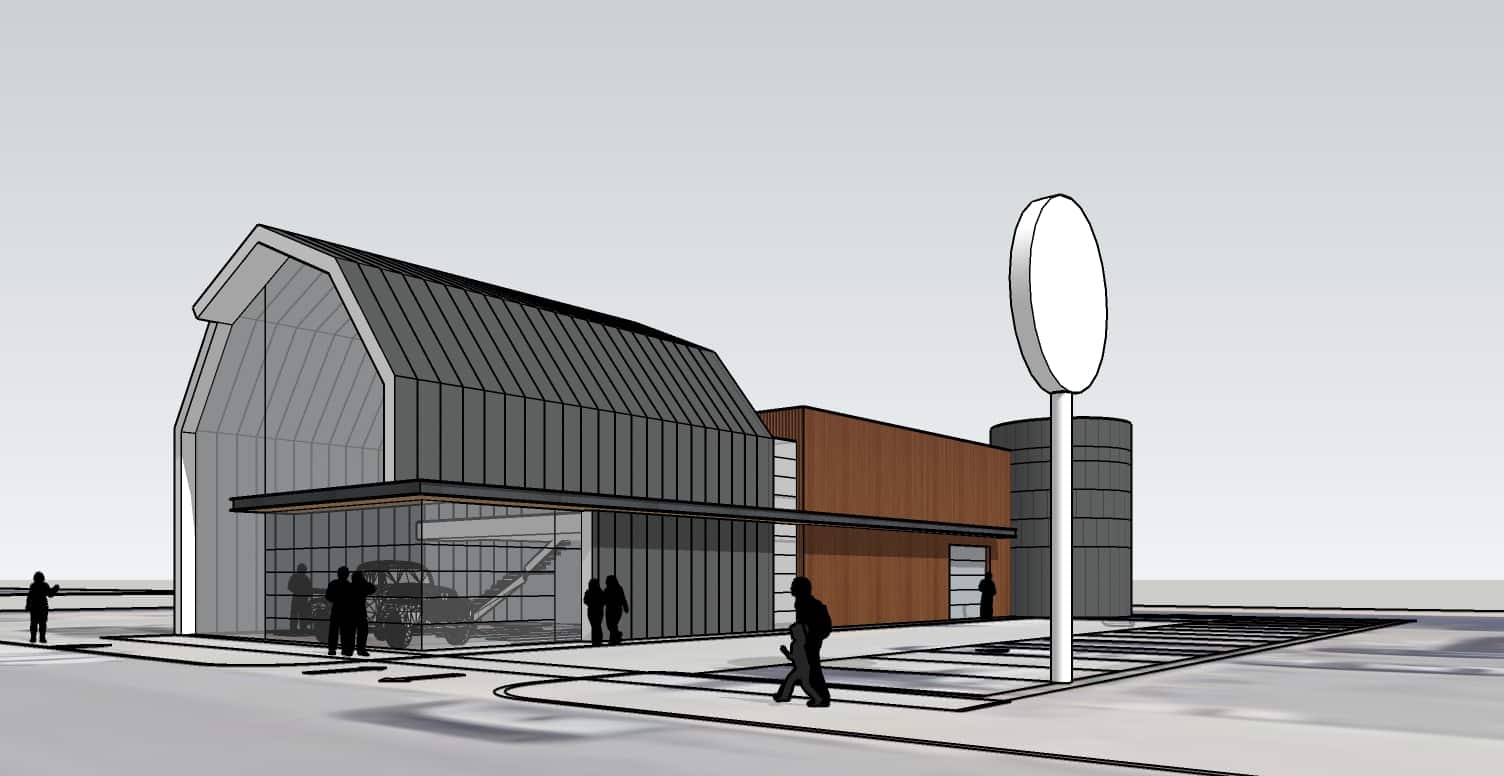 A rendering of the planned new store with a three-story glass barn at 530 Broadway.

The pet shop owner said he didn’t want to move too far from his original store, which he opened in 2016, and had trouble finding anything that wasn’t “overpriced or garbage” in that area.

“I was going to reluctantly re-sign a lease, but COVID hit, and then suddenly overnight there was a building for sale on every block,” Johnson said.

The building had been under contract to become condos, Johnson added, but when the pandemic hit, the previous buyer backed out.

“This is kind of a passion project for me since I was born and raised here in Denver, and I’m a fourth-generation resident,” Johnson said. “I hate to see all of the buildings that have some history to them get torn down,  even if it’s just a gas station.” 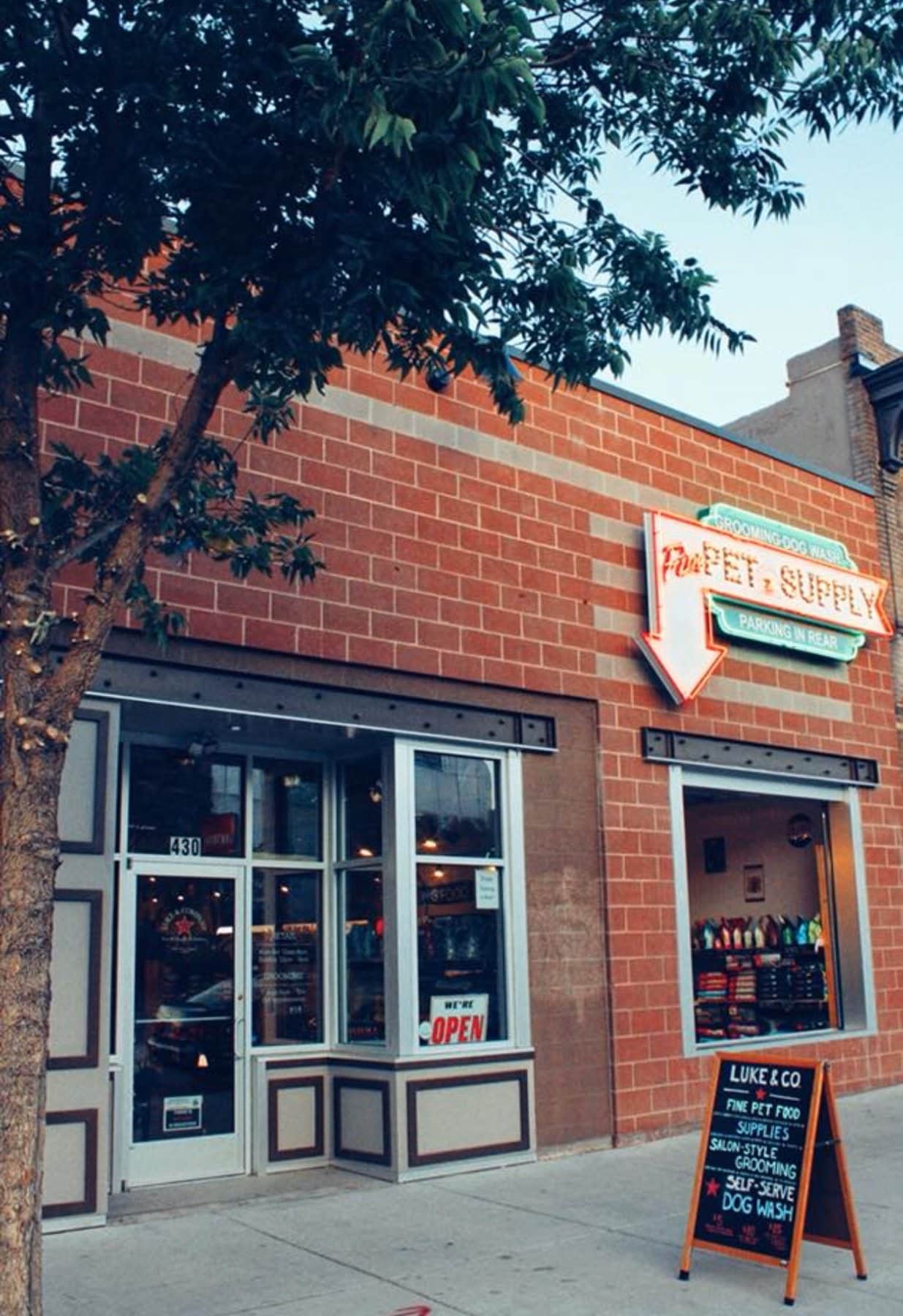 Johnson plans to open Luke & Co.’s new pet shop space by August 2022. He wants to restore the Broadway building to resemble the old service station with gas pumps and a 1953 pickup truck to greet visitors and create a nostalgic feel.

The owner also plans an additional 4,200-square-foot, three-story glass barn around the existing structure. He hired Clutch Designs to help create that vision and DCB Construction to complete construction.

“Since I opened the shop in early 2016, the goal has always been to be the best in Denver,” Johnson said. “Downtown didn’t have a large pet supply establishment, and there’s not a lot of places that inspire you to go there and shop and nurture your relationship with your pet. I wanted to create something that when you walk in, you’re blown away.”

The new 6,500-square-foot store will be nearly double the size of its current 3,300-square-foot location down the block. The second floor will have dedicated office space, conference rooms and a dog training center, and the first floor will have three self-served dog washing bays, two grooming salons, and carry significantly more pet food, accessories and treats.

“The biggest plus for us moving aside from equity in the property and stable overhead every month is that we will be much more visible to the Broadway corridor and city of Denver really,” Johnson said. “I mean a three-story metal and glass modern barn is going to be pretty hard to miss.”

But a year after purchasing the building, Johnson is still waiting on permits. 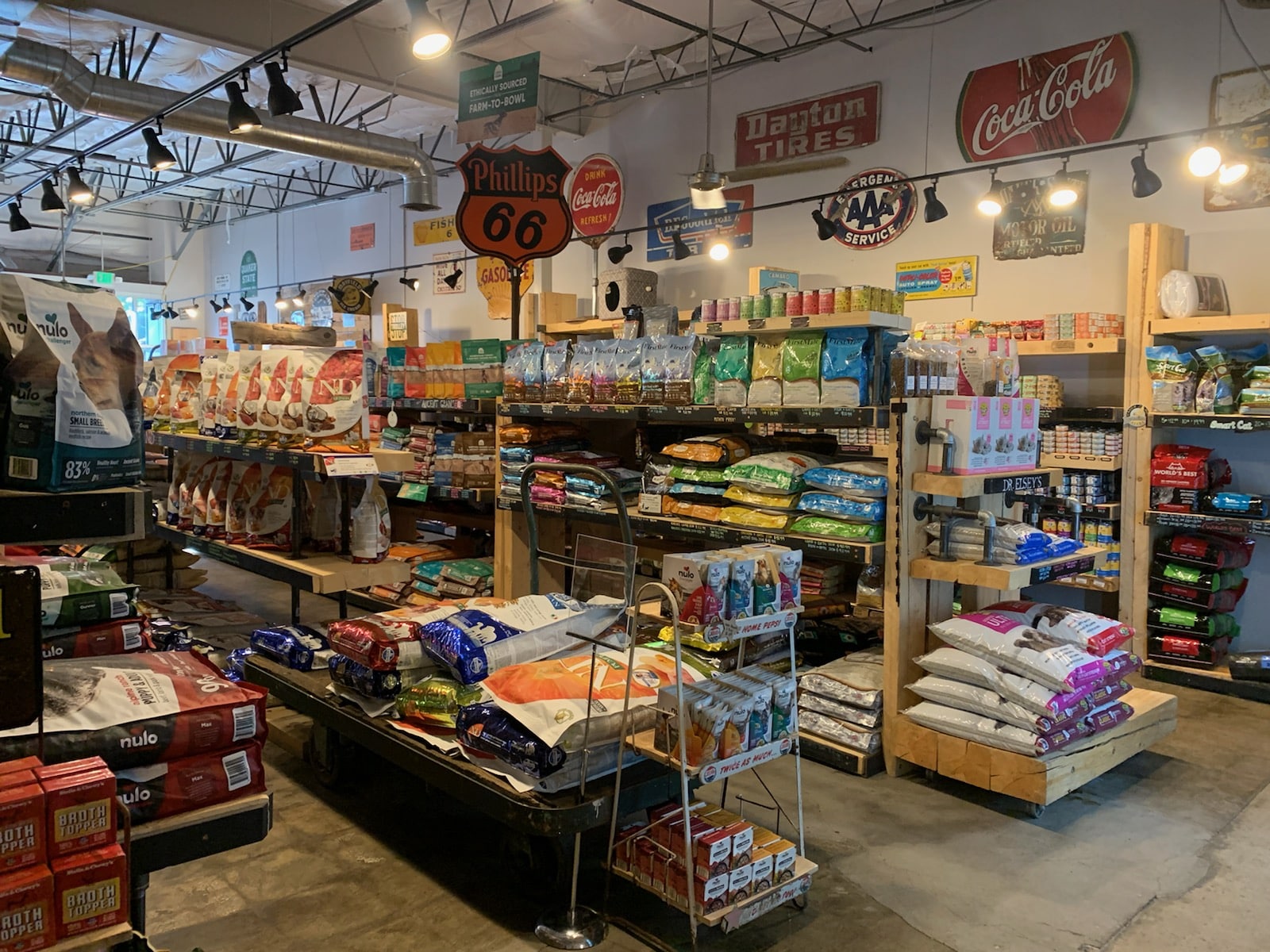 “Working with the city of Denver through the permit process has been difficult, but I hope to have them in January 2022, which would be 14 months after we initially applied,” Johnson said.

The pet shop owner plans to keep his current location open until the move. He still has his lease until the end of January and plans to temporarily extend it.

Luke & Co. is on track to grow 25 percent year-over-year and, although it’s a long wait, he said the new location will only help spur its growth.

“I want Luke & Co. to be a multi-generational, family business and I want it to be a Denver staple, and I think this puts us on track to becoming just that,” Johnson said. “I think about brands like Tattered Cover, everyone knows who they are and where they are. They outlived the collapse of other book stores, like Barnes & Noble, and it’s a testament to the brand, the people working for them, the products they sell and the way they run their business, which is what we want Luke & Co. to be in Denver.”

Once he’s opened the new location, he said he will consider expanding throughout the metro Denver area.

“I don’t want there to be a shop on every corner,” he added. “William Sonoma isn’t on every corner, and there’s a reason for that. We want people to want to travel 20 to 30 minutes because it’s a cool place to go visit and bring your dogs.”

Luke & Co. Fine Pet Supply & Outfitters plans to build a three-story glass barn at 530 Broadway and move into its new space next summer.