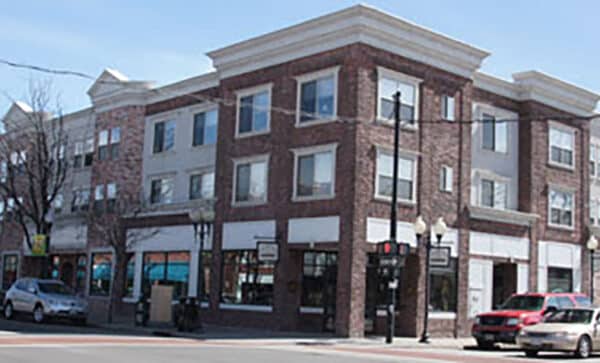 The Main Street Apartments building at 2300 W. Main St. in Littleton was the subject of a lawsuit and $10.6 million verdict, which resulted in the owners filing for bankruptcy. (Courtesy of Hendricks Communities)

Entities associated with an Englewood-based development firm have filed for Chapter 11 bankruptcy protection after a lawsuit resulted in a $10.55 million verdict.

Terra Management Group LLC and Littleton Main Street LLC said in separate Friday filings that they owe between $10 million and $50 million to fewer than 50 creditors. The companies each said they have assets totaling between $50,000 and $100,000.

Filings indicate both entities are affiliated with Englewood-based Hendricks Communities, which says on its website that it specializes “in the development of low and moderate income apartment projects for families and seniors.”

In October 2019, both entities and Hendricks were sued in Arapahoe County District Court by Kathleen and Delaney Keaten.

The mother and daughter said in their lawsuit that they lived in the Main Street Apartments building at 2300 W. Main St. in Littleton, which was owned by Littleton Main Street LLC and managed by Terra Management Group LLC. 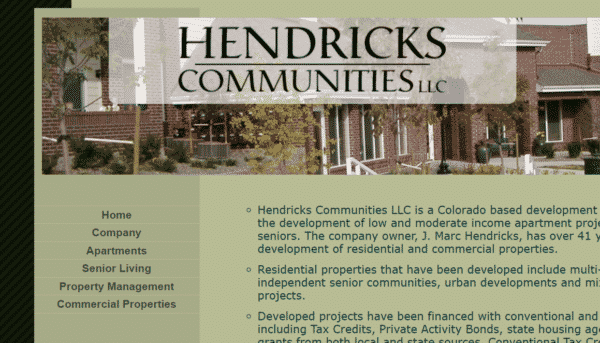 A screenshot of the website for Hendricks Communities, which is affiliated with the two entities that filed for bankruptcy.

The pair said they began smelling “faint chemical fumes” within their unit starting in late 2017 and complained repeatedly to building management, saying they believed the unit below them was being used as a meth lab.

In late August of this year, Judge Frederick Martinez found that the defendants did not exercise “reasonable diligence in investigating” the complaint. Testing found that the unit below “had multiple areas where the methamphetamine levels exceeded the permissible limits,” the judge wrote, concluding it was the source of the smell in the Keatens’ unit.

The Keatens — through their attorney, Ross Ziev — are the largest creditors listed in the bankruptcy filings, which characterize their claims as “disputed.”

The entities also owe about $377,000 in attorney fees to Spencer Kane, whose attorneys represented them in the litigation.

The Main Street Apartments building at 2300 W. Main St. in Littleton was the subject of a lawsuit and $10.6 million verdict, which resulted in the owners filing for bankruptcy. (Courtesy of Hendricks Communities)

A judge ruled the defendants failed to exercise “reasonable diligence in investigating” complaints of methamphetamine fumes by tenants who suffered injuries.