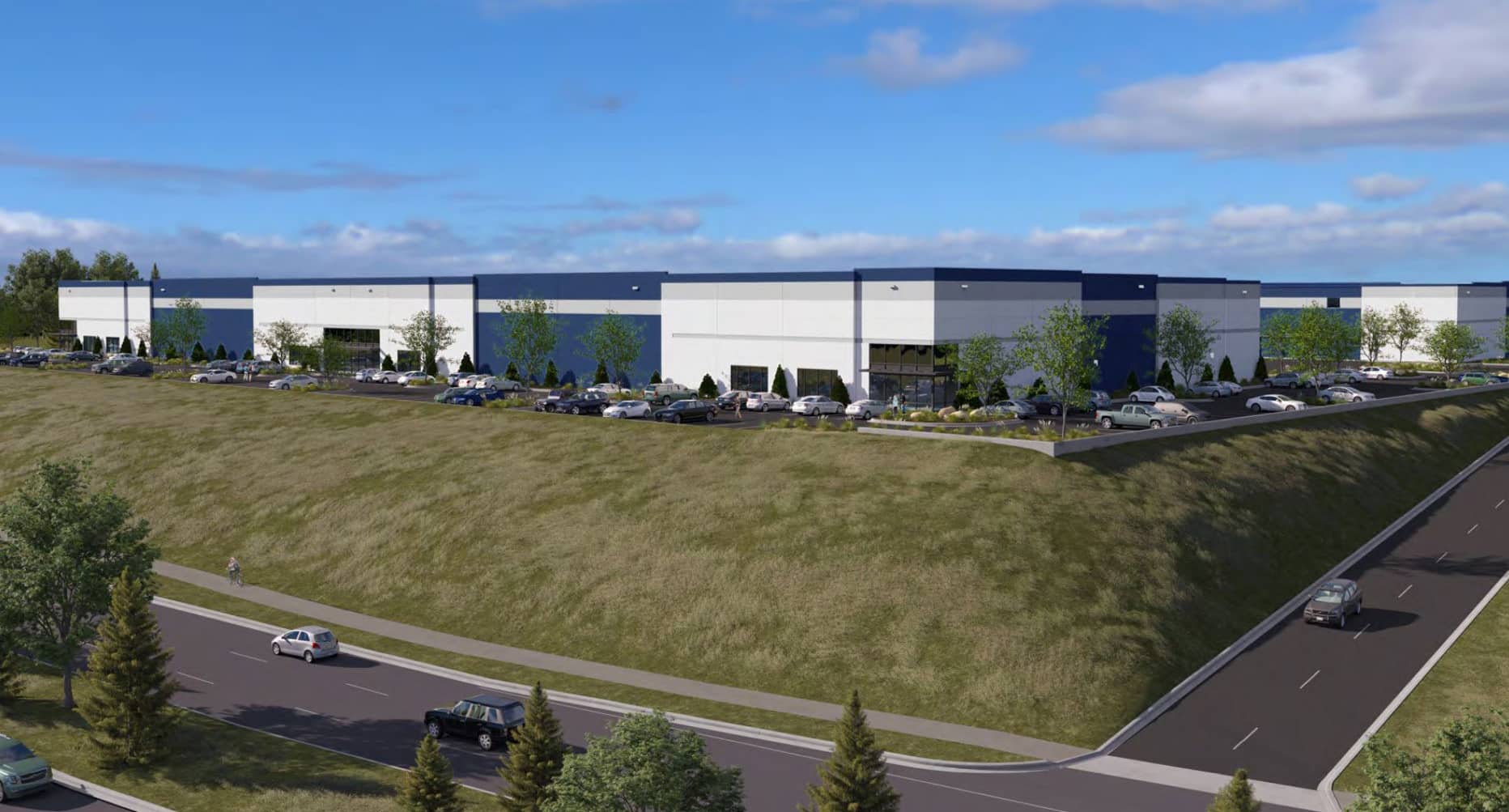 A rendering of the planned industrial buildings near Centennial. (Courtesy of Avison Young)

Minneapolis-based development firm The Opus Group plans to build a two-building industrial project on land it purchased in Arapahoe County earlier this month.

The undeveloped property is in unincorporated Arapahoe County, near Centennial. It is located within Dove Valley Business Park, a 320-acre, master-planned, mixed-use development north of E-470 and west of Jordan Road.

Opus said in a statement that it plans to build The Ridge at Dove Valley, which will consist of two spec industrial buildings — one 102,877 square feet and one 116,524 square feet. It hopes to complete them in May.

Opus is the developer, design-builder, and architect and engineer of record. CBRE brokers Todd Witty and Daniel Close are marketing the buildings for lease.

The property was sold by Heirborn Partners LLC, which purchased it in April 2015 for $2.35 million, records show. Rick Egitto of Avison Young represented the seller.

A rendering of the planned industrial buildings near Centennial. (Courtesy of Avison Young)

The Ridge at Dove Valley, which will have two spec buildings each more than 100,000 square feet, is expected to be completed in May.